By The Editors
Best PracticesPublic Policy
on January 4, 20192 min read

We have noted that high-quality child care is a crucial ingredient in children’s readiness for school as well as service that enables more parents to join and stay in the workforce, to their families’ and employers’ benefit. For example

Further, as reported earlier, the national cost of child care has risen faster than the cost of other consumer goods. Indeed, Child Care Aware‘s 2017 report, “Parents and the High Cost of Child Care” provides additional new details — including a 3 percent cost increase over the previous year alone.

“Despite the rising economy and promises of a great future, we are living in a country where most parents are struggling to afford one of the most significant expenses in their family budget—child care,” wrote Lynette Fraga, Executive Director of Child Care Aware (CCA).

As the Center for New York City Affairs at The New School writes in its report “Free Preschool, Coming to an Apartment Near You What Family Child Care Could Mean for 3K”:

“Child care and early education has long been regarded as a private affair, with subsidies reserved for qualifying low-income families, and everyone else’s options starkly circumscribed by what they can, and cannot, afford. This has bred a patchwork approach to child care that includes everything from informal arrangements with neighbors to private nurseries costing more than college tuition. If there’s one commonality in this diverse, loosely regulated, market-driven world, it’s this: child care providers must keep their services affordable. Too often that means taking in the most children possible while paying caregivers the least possible—two things that do not add up to high-quality care.”

But as the report notes, one solution may include publicly-funded child care.

“The country’s growing number of publicly funded universal preschool programs hold the potential to change this. These programs save working families huge amounts of money on child care and have been demonstrated to boost mothers’ participation in the workforce. When public preschool programs set high quality standards and provide the funding and supports needed to meet them, they also support children’s development and school readiness. And when they are built using the wide range of early childhood pro- grams that already exist, they can do even more. They can raise quality in the settings that working parents already depend on, but that have historically received modest government funding. This has the potential to benefit not only those enrolled in public preschool, but the babies and toddlers in these programs as well.”

To make such a program work, the NYC Department of Education must “make careful decisions not only about which networks and home programs to work with, what is reasonable to ask of them, and how to help them succeed. They must grapple with philosophical issues, including how much to honor the approaches that home-based caregivers have developed over their years—sometimes decades—of practice, and where the City can advance its own vision of early education.” 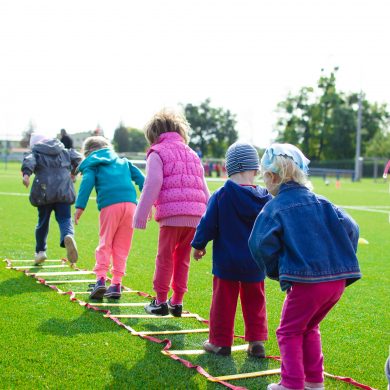