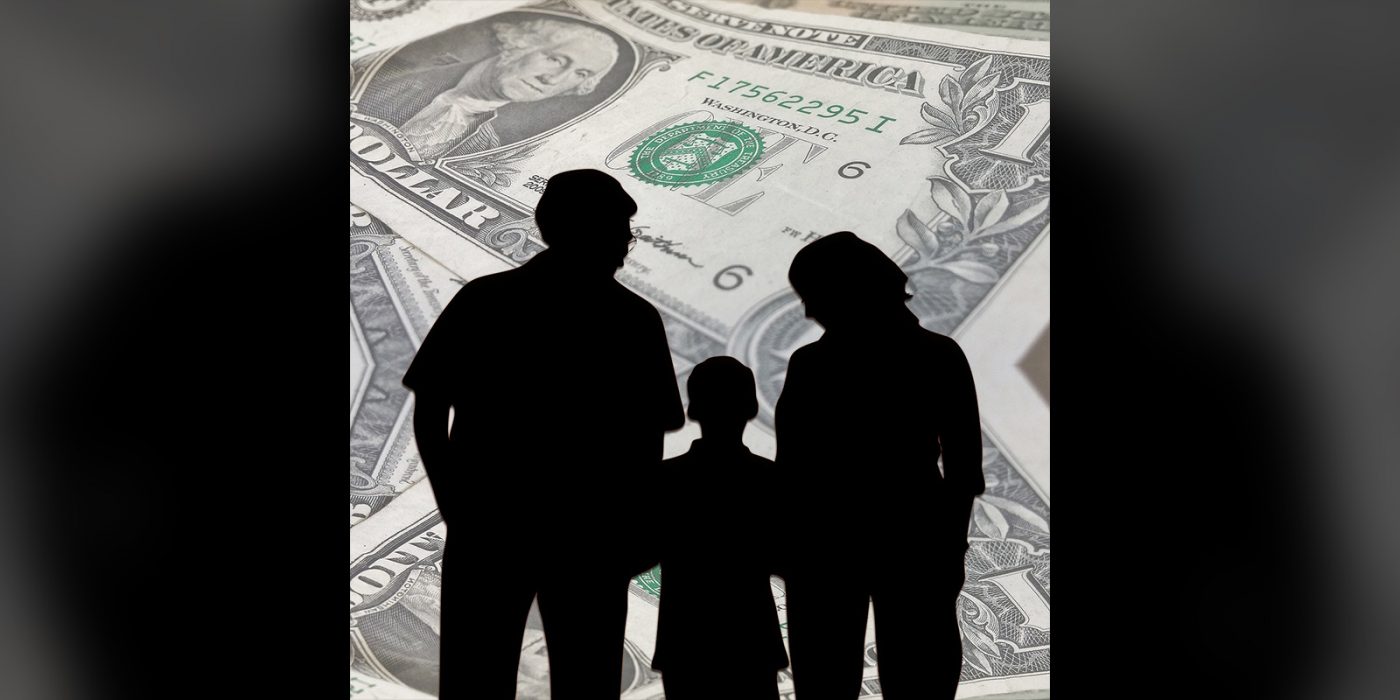 By The Editors
Conversations
on January 14, 20197 min read

What are the economic benefits behind early childhood education? Scott McCain, president of JSM Capital Corporation, explains the research and model behind his push to increase public and private investment in childhood learning.

Early Learning Nation: Scott, welcome to the ELN studio, thanks for coming.

Scott McCain: Thank you for having me.

Early Learning Nation: What is the business case for early childhood education? I mean, that’s really, with you, where I want to start. Why does it matter to companies and commerce that … How a three-year-old learns?

Scott McCain: That’s really the question that I ask most often, as I get more engaged with early childhood education: What’s the economic question? There’s research that’s been done that would indicate there’s a business case to support ECE. The numbers vary, but the latest information that I’ve had access to shows that it could be a low of three- to a high of six-to-one, in terms of every dollar invested.

What are the real economic reasons behind ECE? I would argue that it starts with this, and where that comes from is that it’s women going back into the workforce. That’s where the lift comes from. So that they are then able to participate, contribute to GDP, and as a result create some economic wealth.

Early Learning Nation: You commissioned a report by the Conference Board. And that report came out, not only with that data, but it was really very instructive for you, wasn’t it? Around the role that business investment can play in early learning.

Scott McCain: Well, the lights went on for me. Because up until that time, Chris, my mother’s foundation, the Margaret Wallace McCain Family Foundation, has spent ten or twelve years working on the early childhood years studies from Fraser Mustard and the first, second, third, they’re now working on version four. And a lot of it was developing content, doing research, helping with policy, setting up lobbying advocacy groups to governments.

But not enough emphasis was on, “What’s the economic model?” The business people to then get their head around and sell it to people in government, people in their own private companies, as, “Look, this is just good economic policy.” Because everybody knows things like this cost money.

Early Learning Nation: And so, I want to talk to you about inspiring and getting those public policy folks in, because I know that that’s something that you’ve worked on as well. But when you talk to other business leaders and you say to them, “Look, I know this is going to sound crazy, but you want to know what you want to invest in? Early childhood development, early childhood learning.” What do they say to you?

Scott McCain: Well, I probably haven’t asked that enough. So I’m guilty. But what I suspect I’m going to hear is lack of knowledge, on the importance of why it’s important when the brain is developing. Because I don’t think everybody … Contrary to what you and I may think, I don’t think everybody fully understands. So there’s an education process.

So first of all, they’re going to say, “Well, that’s fine. I’ve got ten other things on my plate that I’ve been asked to invest in or get behind. And so why yours versus theirs?” So you have to be really clever in your elevator speech.

Early Learning Nation: There are a lot of good causes out there.

Scott McCain: There are many. And trust me, the people that have got influence, private sector, leaders, corporate, public, private, they are inundated with people that want their leadership and their power and their influence to help raise their cause. So EC’s no different. I haven’t done enough of it yet. I expect I’ll have to do more in the future, and I’m excited about it.

Early Learning Nation: And thanks to the report that you helped create with the conference board, more and more evidence around the economic benefit is there. On some level, it becomes a communication opportunity challenge.

Scott McCain: Totally, totally. I’ve been on my mother’s foundation for twelve years. In the first eight or ten I was busy working, so I didn’t have the time. And of the last three or four, it’s been clear to me that the information is irrefutable. We just heard from a several panel discussion candidates — particularly the people with PHDs — that really understand brain development.

Even the leaders in different universes are saying, “The information’s there. It’s irrefutable.” But the message isn’t getting out, and now it’s becoming a communication challenge, I would argue. And I think my mother’s foundation is being directed towards — We have to put more money into communication. The message is clear. If you want to argue, it’s like climate change. I know everybody doesn’t agree with it, but I think the science would show that it’s a real issue.

Early Learning Nation: Now, something that surprised me, you have argued, and as we’ve been discussing, that business leaders need to convince lawmakers to do more to support early childhood education. And I’d expect that type of leadership … I would almost expect the inverse. That public sector leaders would be inspiring the business leaders. Why do you see it the way you see it?

Scott McCain: Well, because it’s very simple from my view, Chris. The lawmakers … I’ll speak on what’s going on in Canada.

Scott McCain: I think probably the United States is a little different. But certainly in Canada, the lawmakers are inundated with many different priorities that they have to either deal with or face or consider. ECE is just one. So, from their perspective, they look at this to some extent and say, “Okay, this is going to cost money. I have to go to my constituents or my colleagues in cabinet, or provincial colleagues, or federal, and convince them that this is money well worth spent. And if we’re going to spend more, it could involve a higher tax.” Nobody wants … Politicians don’t like higher tax.

Scott McCain: So they either have to face the priority of … They have to face the music, and are like, “We have to prioritize?” In which case we might take money from here to there and keep the taxes level. That’s a political issue. Or they have to raise taxes. In either case, business leaders have to convince someone it’s important to face that decision and advocate.

Because they’re just nervous of it. They don’t want to go the constituents to raise taxes. They know it’s a sensitive issue because childcare in the home is still a cultural thing. And they need private-sector people to push them and to say, “Look, it’s okay. I’ll take the heat. I’ve been private sector, you want to get elected, I get it. I want social change, and so let me take some of that burden and give you some cover.”

Early Learning Nation: And just to be clear, because the education system in Canada has more of a push toward public education than private, and that balance is perhaps different in Canada. Again, you correct me if I’m wrong, but you’re not saying that early childhood education needs to be a solely private sector solution?

Scott McCain: No, I’m not I’m saying that at all. We’ve got to be really clear on that. What I’m saying is, private and you could say public sector companies or whatever, it doesn’t matter, I shouldn’t distinguish between private or public. Because public sector leaders can do the same thing. I’m advocating public education be available for everybody. I fundamentally believe that when you go to school in grade six to twelve, which I what I grew up in, and probably yourself, grade one to twelve, normal.

Because of the knowledge today, had we known this before, it should be from three to twelve. It’s that simple. Because the world has moved and the knowledge-base is such that people … There’s a lot of evidence to suggest that a lot of different things are going on in Canada and the US. Whether it be literacy. Whether it be numeracy skills. We’d be far better off if we could teach these kids at age three, in a structured learning environment, to six. They’d be far ahead.

In Canada, I’m very passionate about … This has to be accessible to everyone. Because kids that can’t afford the care, they need that opportunity to get their head above water. That is the single biggest thing they need to get to the level where you want to compete and want to be good.

Early Learning Nation: Scott, to close out, for your foundation, for your effort, for where your mind is at, what’s next? Is it communication, is it doing more research and putting together more data, what’s next?

Scott McCain: Communication. It’s my number one goal now. I’ve convinced my mother and the foundation that they need to hire … We’ve got the two scientists that have done the content and the platform. So we’ve built the basement floor, we’ve built the first floor and second floor. We need to freaking put the top floor and the roof on this thing. And I believe that’s going to be done through communication. We have all the facts, we don’t need any more research. It’s all good, but we don’t need that.

What we need to find ways to communicate better. And it could be an any forms of ways, whether it be corporate, public, private sponsorships, could be conferences like this. Could be getting more political people on-side. But we have to do a better job communicating our message. That’s what I’m passionate about.

Early Learning Nation: The passion comes through. You’re doing the communicating even right now, and I thank you. Thank you for coming by our studio.

Scott McCain: I appreciate it. Thank you very much 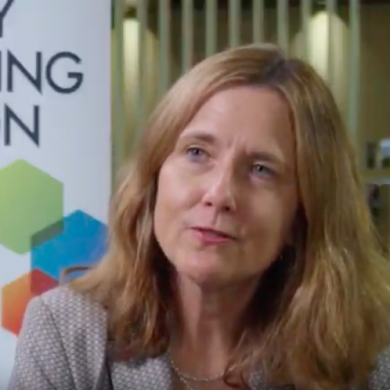