Are Some Kids Really Smarter Just Because They Know More Words? 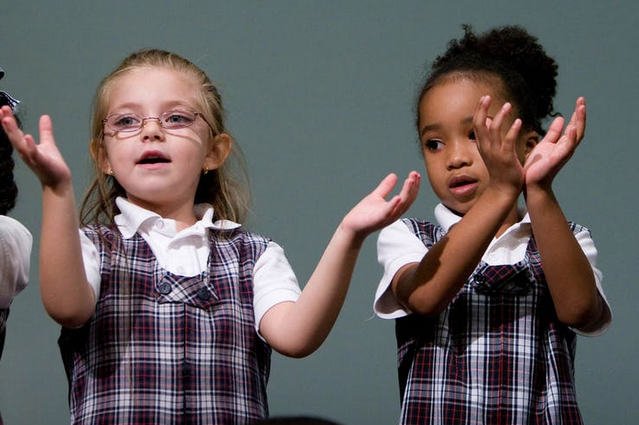 by Molly McManus, University of Texas at Austin

Why do rich kids end up doing better than poor kids in school? Of late, one common explanation for this has been the “word gap,” or the idea that poor children are exposed to significantly fewer words by age three than their wealthier peers.

As a former elementary school teacher and now educational psychologist, I understand the appeal of the “word gap” argument. But, focusing on the “word gap” as an explanation for the achievement gap between poor students and wealthier students is both distracting and potentially harmful. Such an explanation could allow educators at all levels to both deny and widen this real gap that exists between the rich and the poor kids.

A study conducted over 30 years ago first came up with findings that showed there was a “word gap” between children from low-income homes and children from economically advantaged ones.

For this study, researchers entered the homes of 42 families over a span of four years to assess daily language exchanges between parents and their young children. The researchers found that, by age three, children with high-income families were exposed to 30 million more words than children with families on welfare.

The study was subsequently critiqued for its flawed research methodology as well as biased assumptions about families of color and families coping with financial crisis.

However, in the last three years the idea of a “word gap” between advantaged and disadvantaged kids has gained extraordinary public exposure.

References to the word gap can now be seen almost weekly in widely circulated publications. Headlines like “Poor Kids and the ‘Word Gap’,” “How do you make a baby smart?,” “Mind the Word Gap,” “The famous ‘word gap’ doesn’t hurt only the young. It affects many educators, too.” and “The Early Catastrophe: The 30 Million Word Gap by Age 3” are now quite common.

From a place of relative obscurity, the study has now become the “evidence-based” foundation for countless initiatives and programs working to improve the academic achievement of poor children.

I agree that the idea is tempting to embrace, especially when it has received support from high-profile organizations like the Clinton Foundation’s Too Small to Fail, The University of Chicago, School of Medicine’s Thirty Million Words® Initiative and even The White House. But the attention being paid to “word gap” is harmful.

Why is the ‘word gap’ harmful?

Students living in poverty currently comprise more than one-half of the public school population. Meanwhile, the test score gap between the most disadvantaged children (those in the bottom 10% of the income distribution) and children from wealthy families (those in the top 10%) has expanded by 30% to 40% over the last three decades.

Unfortunately, the focus on the “word gap” takes teachers and other educators away from thinking about how to address the larger issue of inequality in education. Instead, it focuses attention on what children do not have in terms of an arbitrary word count.

Following the “word gap” logic, teachers often view vocabulary building as the most important aspect of education. However, in reality, there is a wide scope of early learning experiences that all young children, particularly those experiencing poverty, need to develop.

For example, approaches such as project-based learning provide students the opportunity to engage with complex topics and construct their own knowledge in addition to developing vocabulary.

Moreover, when we use the “word gap” to identify poor children as behind before they even begin school, that affects their teachers’ view of what they are capable of doing. It directs attention toward the things that poor families do not have and cannot offer their young children.

Research shows that teachers of poor students and/or students of color often dwell on the experiences and language that their students are missing and default to teaching practices such as vocabulary drills and rote repetition that emphasize obedience and quiet behavior.

Not only do these types of learning experiences limit students’ opportunities to develop language, they also negatively affect students’ views of themselves as learners. Poor students are made to feel less capable because of what they do not know.

Because of the “word gap” and other widespread assumptions grounded in deficit thinking – the idea that low-income minority students fail in school because they and their families have deficiencies – many teachers are not tapping into the strengths and rich experiences that their students bring to school. Consequently, they deny students the types of learning experiences that allow them to explore, talk and collaborate.

Finally, the “word gap” sends a message to poor parents and parents of color that there is something wrong with their parenting if it is different from the practices of affluent, white parents.

It unfairly takes the onus off of schools and teachers to provide sophisticated learning opportunities in which their students can excel and places the blame for failure squarely on parents’ shoulders.

As a result, poor parents and parents of color are viewed as less capable because of what they do not know, just like their children.

Low-income children are more likely than their higher-income peers to be in factory-like classrooms that allow little interaction and physical movement. As a result, these children spend more time sitting, following directions and listening rather than discussing, debating, solving problems and sharing ideas.

Focusing on the “word gap” further perpetuates these problematic learning opportunities and deprives children of the types of learning experiences required to develop a range of sophisticated capabilities.

I believe that most parents, regardless of circumstance, would also agree that it is important to engage in conversation with their young children. However, early conversations and exposure to words will not determine whether a child does well in school. Furthermore, poverty is not an indication that parents are not speaking to their young children.

The academic disparity between young children in poverty and children from wealthier families is not a result of what their parents can offer. It is a result of the different types of learning experiences they are afforded at school.

In other words, it is not the “word gap” but the opportunity gap that is the problem.