The Science Connection Between Early Childhood Learning and Motivation: Study 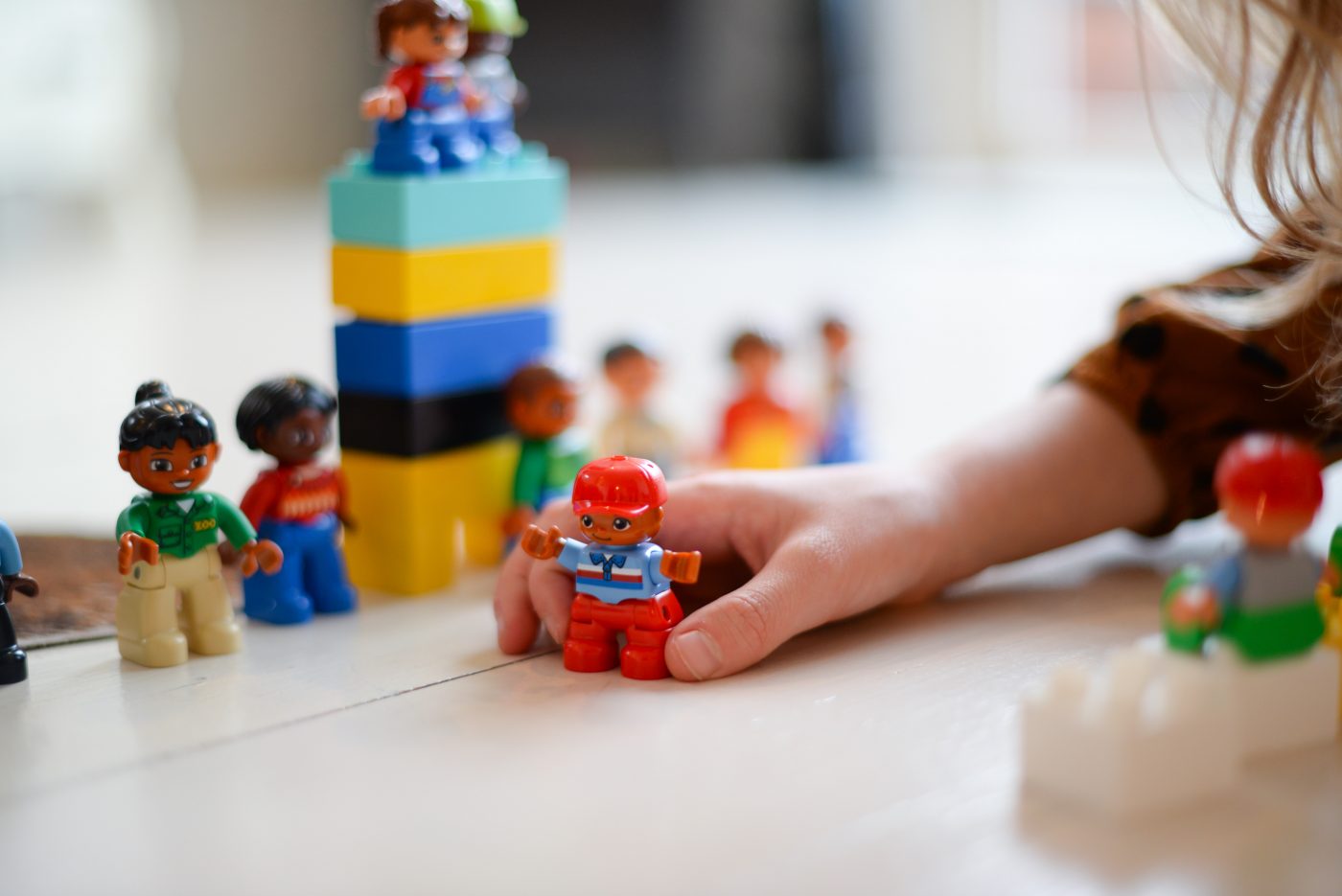 What inspires motivation? A new study looks at the brain — specifically, how in the early years of childhood development “intricate neural circuits and structures are shaped by interactions between the experiences we have and the genes we are born with, which together influence both how our motivation systems develop and how they function later in life.”

The study is titled “Understanding Motivation: Building the Brain Architecture That Supports Learning, Health, and Community Participation,” and it was published by Harvard’s Center on the Developing Child.

For a meta-review of studies on early learning and long-term education, see our post here.

To unpack the issue, the study examines “the science of motivation,” which the authors define as “the result of neurons (brain cells) in specific regions sending chemical signals via high-speed neural networks to other regions, creating pathways for future signals to follow.”

But an important concept in considering not only the development of the child’s brain, but also implications for future behaviors: Not all motivation is the same. The report highlights “two types of motivation: one directed toward expected rewards (known as approach motivation) and another directed away from threat (known as avoidance motivation).”

For another view, see the interactive infographic: The Brain Circuits Underlying Motivation 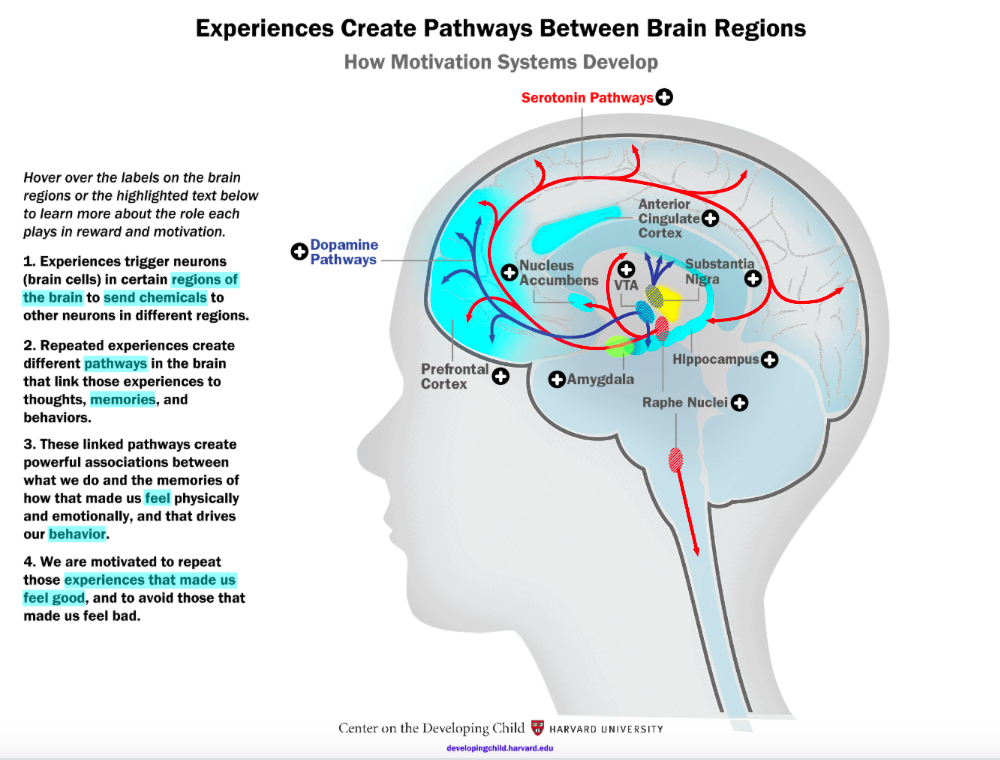 The authors continue: “Both types of motivation develop in childhood and are strongly influenced by what’s happening in a child’s environment. For example, the consistent presence of a supportive adult in a child’s life can calm an over-activated amygdala, an area of the brain that is critical for learning fear and responding to threat. The result is a balanced system that assesses and responds to real threats appropriately.”

At the same time, “children who are raised in abusive, chaotic, or scary environments without supportive adults tend to be more likely to perceive experiences as threatening—and respond to them as threats—but less likely to expect rewards when they do something positive. Here, the systems become overly attuned to impulsive self-protection and less to long-term goal achievement.”

Other key insights around motivation and early childhood development include:

Next: What are the implications for parents, caregivers and teachers?