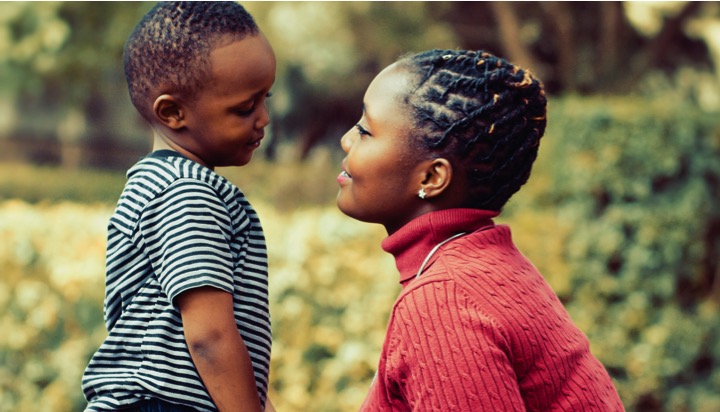 This recently-published study asks: “How are social relationships and structures, such as dyads, families, and neighborhoods, associated with early cognitive development in children?”

The authors write: “Social networks, broadly defined as interconnectedness with other people, can influence behavioral and health outcomes.The importance of social and relational environments for cognitive development and emotional well-being is well known. Networks of social support can attenuate psychologic stress and provide support to people experiencing neurotic symptoms. The progress that children make when forming healthy relationships during the period from birth to 5 years can have long-lasting benefits throughout their entire lives. In early childhood development, relationships between children and caregivers are crucial and play an important role in socialization. The social environment and relationships early in life are critical for children’s emotional, intellectual, and social development into adulthood and can considerably influence the child’s life-long adaptation strategy. Social networks channel benefits and risks associated with social health determinants, such as health-related knowledge, attitudes, and capacity to cope with adversities associated with social disadvantage.”

“The city is launching new dual-language pre-kindergarten programs this fall at 26 locations around Queens.”

“’Building the fairest big city in America starts in every classroom. We believe every child deserves the same strong start, which is why we’re providing New Yorkers in every ZIP code with access to early childhood education,’ de Blasio said. ‘By offering even more dual-language pre-K programs across the five boroughs, we’re readying our children for the global economy of the future.’”

For more on Dual Language and Early Learning, please see our previous posts:

“New Orleans Mayor LaToya Cantrell’s administration has partnered with the National League of Cities to improve the lives of young children in the city.”

“New Orleans will participate a partnership with the Orleans Parish School Board and the New Orleans Early Education Network to increase funding, quality and access to early childhood education… The initiative builds upon the $1.5 million Cantrell included in her 2019 budget to fund more than 100 early childhood seats for families with children ranging from infants to age 3 in child care centers citywide, the release stated.”

The report continues: “New Orleans was chosen to participate due to ‘its community-wide commitment to prioritizing early learning and the well-being of children, and their history of work focused on families and children,’ Cantrell’s administration stated. Cantrell expressed pride in the work her Office of Youth and Families is doing. She’s also ‘excited about our partnership with the National League of Cities.’”

“Oregon Gov. Kate Brown on Tuesday joined state agencies, Early Learning Council members and legislators in unveiling Raise Up Oregon: A Statewide Early Learning System Plan, which provides a roadmap for how state and local communities can work together to ensure Oregon’s youngest children can enter school ready to learn.”

“They said research shows the first few years of a child’s life have the biggest impact on their future success.”

“The Early Learning Council and Early Learning Division partnered on the plan, which focuses on supporting children from birth to age 5 and their families. Governor Brown calls for investments in her proposed budget to address the needs of young children and families in housing, health care, child welfare reform, and early learning.”

Said Governor Brown: “Too many young children and their families in Oregon struggle to access and afford housing, child care, and preschool. This plan contains bold, actionable strategies that will help us better support them so that all Oregon children can reach their full potential.”

For more on early childhood learning in Oregon, please see our previous posts: