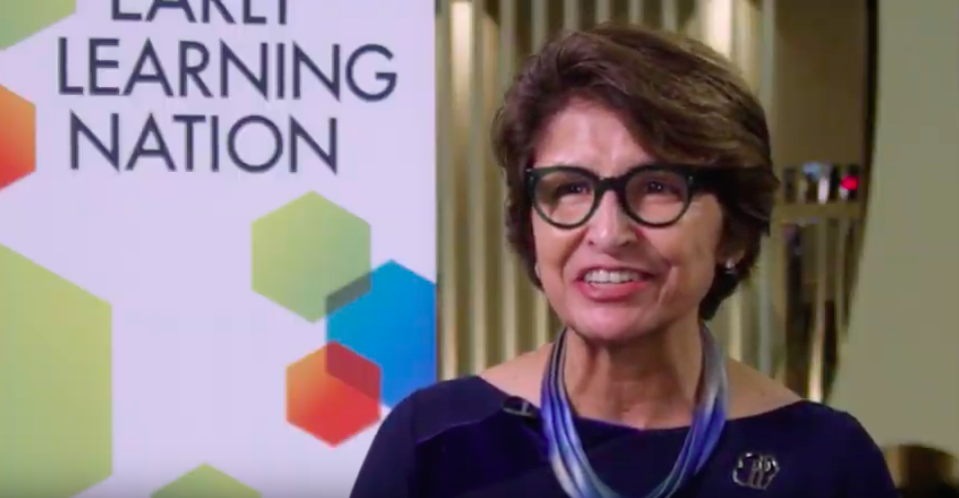 By The Editors
ConversationsELN Studio
on January 2, 20197 min read
Share

It’s one of America’s most iconic institutions. So how does Girl Scouts of America start shaping young girls into strong, successful adults? As CEO Sylvia Acevedo describes, it begins with early education.

Early Learning Nation: Sylvia, welcome. Thank you for your time.

Sylvia Acevedo: Great to be here.

Early Learning Nation: The Girl Scouts organization is iconic. It is a centerpiece of American culture. Why are you at a conference on early learning?

Sylvia Acevedo: You know, early learning is so important for kids’ lives. In Girl Scouts, we start from age five all the way to age 17. Recently we partnered with Head Start because we know Head Start gives kids all these tremendous advantages, and we want to keep them going, that sense of curiosity, that sense of wonder. At Girl Scouts, we really help girls learn how to develop courage, confidence, and character, and have all these amazing life skills. So what greater partner than to be with early childhood or Head Start?

Early Learning Nation: Tell me about that partnership. What does it mean? How do you bring the Head Start tools … because you’ve got an incredible audience of girls who could benefit from the Head Start program. How does it work?

Sylvia Acevedo: Actually we’re partnering with Head Start because what they’re seeing is that a lot of times parents are so involved in the Head Start program, but then when they go into traditional schools, they don’t know how to stay and keep that involvement. So what’s great is that in Head Start, parents have parent support specialists who help them understand how to navigate the U.S. educational system and how to be involved, but frequently they don’t have an outlet for that, and so Girl Scouts were introducing them to Girl Scouts, how they can stay connected to their daughters, and the amazing outcomes that you get through Girl Scouts. It’s a great partnership. We’re starting it in a few cities and we want to roll it out nationally.

Early Learning Nation: Maintaining and finding ways to maintain that connection as parents get busy, it’s central to early learning.

Sylvia Acevedo: It is absolutely key to early learning. Having those great relationships and shared experiences, that’s so important.

Early Learning Nation: So many people may not know … I was not as aware … of the Girl Scout Research Institute and the data driven research that you guys do with some of the leading universities and the resources that you have as well. One of the reports last year, The Girl Scout Impact Study … and among your findings, I’m quoting from it, “Girl Scouts also helps girls do well in the classroom and beyond compared to their non-Girl Scout peers. Girl Scouts earn better grades, have higher academic aspirations, desire a career in STEM, business, or law, industries in which women are underrepresented.” Why do you think those connections exist?

Sylvia Acevedo: There are several very important ones. One is that single gender focus that we have. We’re girls only, and that really matters, especially when you’re trying to do something non-traditional. So what happens it there unfortunately is a lot of bias where maybe teachers will call on boys more, or girls will try something and if they’re not successful the first time, they’ll quit, and they’ll say, “I don’t think I’m good at that.”

But in Girl Scouts, we really give you that opportunity to really develop yourself and have all sorts of interests. I mean, we do things from STEM, outdoors, entrepreneurship programs, arts, crafts. I wore this bead bracelet on purpose today.

Early Learning Nation: I was going to ask where you got that.

Sylvia Acevedo: You know, we’re experts in how girls learn. So if you imagine five and six year old girls, we’re really trying to get them interested in STEM, and particularly coding. If you talk to coding experts, they’ll talk to you, “Okay, how you learn about coding … you learn about computers, and it’s basic 0 and 1s, and On/Off.” If you’re trying to teach five and six year old girls about that, they’re bored out of their mind.

So what happens is they learn the project management skills, because we ask girls the lead, they learn teamwork. Then those are skills that are very much transferrable to the classroom, that courage and confidence that they gain in these other activities transfers immediately into the classroom.

Early Learning Nation: I’m hearing you, and I’m hearing the importance of environment and context and building the right place. That translate not only, I assume, to success within the Girl Scouts world, but to early learning. I want to pick up, though, on one thing you were talking about earlier, which is the parents and the caregivers, because you talked about that connection. You focus on girls, obviously, in Girl Scouts, but how do you talk with parents and caregivers about their role, particularly when many parents may not have the time? Is there anything tangible, tactical that you could give any lessons about how to engage parents with the girls?

Sylvia Acevedo: In Girls Scouts, our model from the very beginning has been a learning model, which is to take a girl’s potential and teach her a skill, but then we ask her to apply that skill and the leadership. The fourth part of our model is parent involvement, or caring adult. At Girl Scouts, a lot of times our parents come into Girl Scouts, and they actually feel like, “I can’t be a leader, I’ll just watch,” but then little by little, they get more involved and their own leadership develops.

My mother was a great example. When she started, she watched me in Girl Scouts, saw that I was just thriving, so she wanted to be involved, but she didn’t speak English. So my troop leaders invited her to be part of refreshments, and then they helped her learn English, helped her get her U.S. citizenship, because she was eligible for that. Then my mother became the troop treasurer at a time when she didn’t even have her bank account. The first bank account she opened up was for Girl Scouts, then she opened up one for herself. She then managed the cookie program, which is fantastic. So my mother’s self-esteem grew as much as my self-esteem and confidence grew.

I have so many parents tell me that being part of Girl Scouts has helped them even more so than it’s helped their daughters.

Early Learning Nation: That’s remarkable to hear that you’re personal family tree is so intertwined with Girl Scouts and with the experience and clearly must be a significant part of why you are where you are now.

Sylvia Acevedo: Well, that is true. Many of the things that I learned at Head Start, I had my teacher really encourage me to role model that with my mother. She used those same lessons for my developmentally sister. So what you learned in early childhood is just applicable in so many ways in your life.

Early Learning Nation: I want to ask you about some work that Girl Scouts is doing that I read about and speaks to, I believe, the hardest, perhaps, to reach kids. You have a number of troops in homeless shelters in New York City?

Sylvia Acevedo: Yes, actually we have homeless troops in almost every major urban city in America. The one that’s most well known is Troop 6000, where we serve over 800 girls. When you think about those girls, they want the same opportunities they see Girl Scouts having, and so we’re so grateful for the partnerships that we have with the city of New York and other early learning organizations to make sure that those girls have the opportunities, because you know, they see that Girl Scouts have such success. I mean, half of all female elected officials in America, Girl Scouts. 3/4 of the U.S. female senators, Girl Scouts. All three secretaries of states, Girl Scouts. Almost every female astronaut in space was a Girl Scout. We have outsized outcomes and every girl who wants those should have the opportunity. Especially homeless girls, we want to make sure that they have the opportunities. 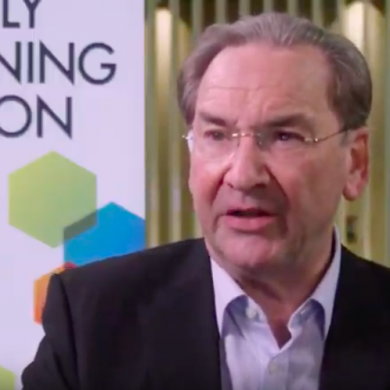