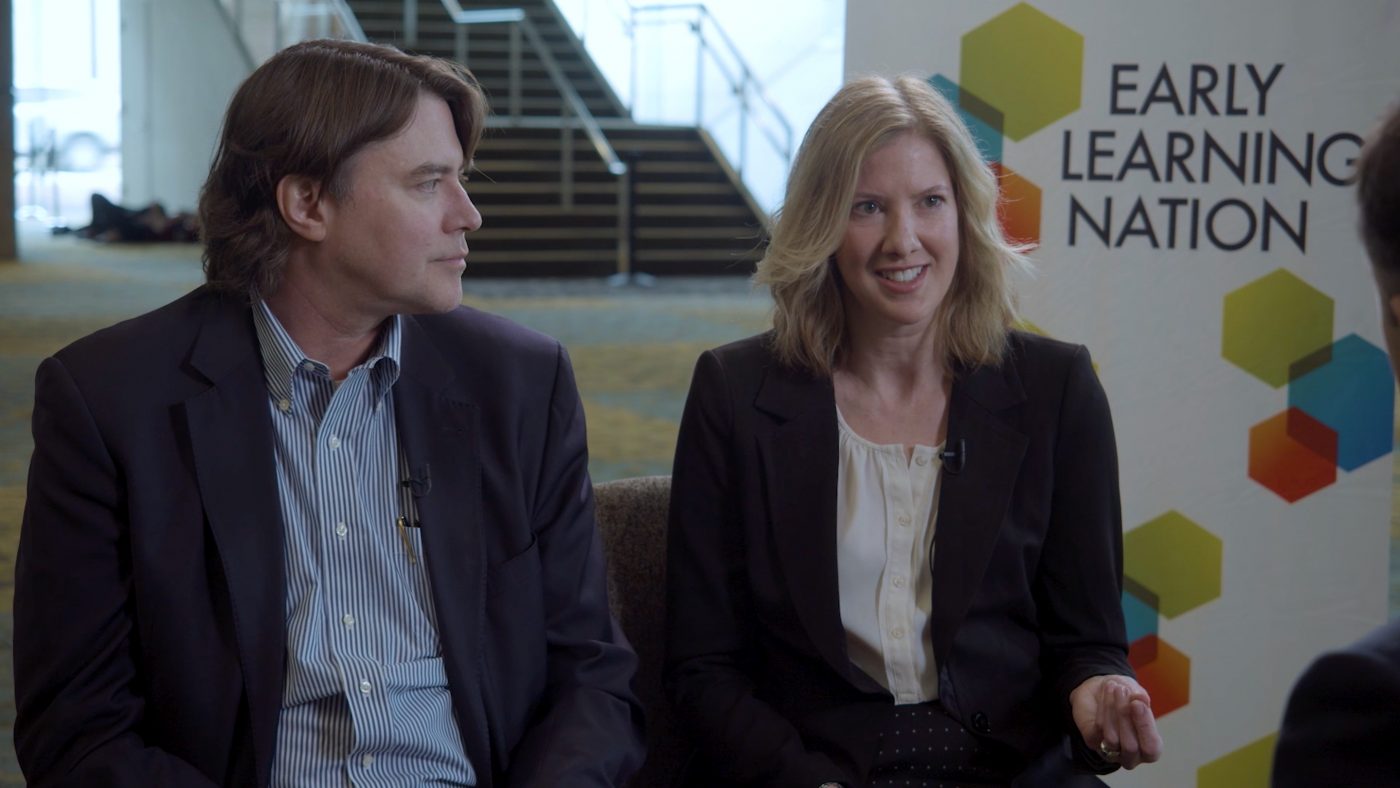 Executive function – the skills to focus and manage tasks – is, of course, central to childhood development. Given that, measuring executive function becomes imperative. How does that work? University of Minnesota professors Stephanie M. Carlson & Philip David Zelazo explain their research and the powerful tool they’ve created. Filmed for Early Learning Nation’s Mobile Studio at the Society for Research in Child Development’s biennial meeting in Baltimore, MD, on March 22, 2019. #SRCD19

Philip David Zelazo:       I was very impressed by the results of neuropsychological research with adult patients that showed that damage to the prefrontal cortex produced a kind of debilitating syndrome that seemed to undermine the intentionality and agency and the goal directedness of these patients. So I was interested to leverage the results of that adult neuropsychological research for measuring and understanding this key aspect of development in childhood.

Stephanie M. Carlson:   I was actually interested in studying other things like theory of mind development in children’s social understanding, and was really puzzled by why that was so difficult for children under age four to adopt the perspective of somebody else and became interested in what might be getting in the way. If you look at these patients who might have a prefrontal lesion, in many ways, their behavior becomes similar to that of a three-year-old child in terms of this impulsivity that Phil described, and then it became just so fascinating to study the development of executive function in its own right.

Stephanie M. Carlson:   Another source of insights for our work is the animal literature, so non-human, animal-like primate research. Some of that work has been really clever because you have to develop non-verbal methods for, say, studying chimpanzees. Some of that work, we’ve been able to adopt to develop methods for studying preverbal or developing language in children.

Chris Riback:                 And then my understanding is that as part of your studying of executive function, you also identified a gap and that was in the measurement. Tell me about that: How did you discover that? What was your “aha moment?”

Stephanie M. Carlson:   Right. Well, so we did adopt, and Phil’s actually well-known for adopting some of the measures that had been used with adults for children; what we then did was to kind of expand those measures, the dimensional change, card-sorting tasks in particular, to be more useful for the whole range of ability and a broader age range. So down to two years of age, we developed a tool called the Minnesota Executive Function Scale that’s valid and reliable and normed from ages two and up.

Stephanie M. Carlson:   It’s a virtual card sorting game, so now on a tablet computer. Children have to make a simple, seems to be a simple choice based upon a rule. The rule could be the color game or the shape game and you have to sort items into one of two boxes depending upon which game we’re playing. As the scale goes up in levels and increases in complexity, the rules become a little bit more challenging to hold in mind and to ignore the previous rule and to stop yourself from playing the old game and now play the new game and to shift flexibly between them.

Philip David Zelazo:       Using rules flexibly to control one’s behavior in this context requires children really to step back and reflect on their own knowledge and to use that knowledge intentionally in a goal-directed way to fulfill their goals. The kinds of information that children are able to comprehend and self-consciously bring to bear in their efforts to solve a problem, for example, increase in complexity in a predictable way across the childhood years and decline in an inverse, predictable way in aging.

Philip David Zelazo:       When children display their executive function skills, they’re activating neural circuits in the brain that change as a function of experience. There are various changes that occur, synaptic pruning and experienced dependent myelination, and so forth, that result in the growth of a child’s brain. In particular, the growth of neural circuitry that involves prefrontal cortex.

Chris Riback:                 Do those findings get translated into the curriculum that you’ve created on the-

Stephanie M. Carlson:   One of the curricula that we’ve studied in our own research is called Mindfulness Plus Reflection. It’s a multiple week curriculum intended for preschool teachers to lead activities or you can have specialists come in and do mindfulness and reflection activities with kids in small groups. We’ve seen some improvement in children’s executive function, in particularly among low-income children or low-resourced children who might especially need help practicing these skills.

Philip David Zelazo:       Reflection training involves not only providing opportunities for children to use their executive function skills, but also to understanding that they’re using those executive function skills, why they’re using them, what they’re for. We believe that’s a really important feature of our approach because it supports the generalization of those skills to new situations.

Stephanie M. Carlson:   Teachers, of course, are not going to be able to wait for us to sort out all of the ins and outs in terms of the research: they really want solutions now. So I said, based upon best practices, we have some suggestions for them and with the mindfulness curriculum, those who are using that really, really see the benefits and enjoy seeing kids do this. The parents of kids will report that they love it, too, because their child will see them kind of getting stressed out about something, the car’s not starting and their child says to them, “Mom, belly breathe.”

Stephanie M. Carlson:   So they are giving that feedback back to the teachers, too.

Chris Riback:                 You know you’re doing something right when you’ve got the children teaching the adults about executive function.

Stephanie M. Carlson:   All right, thanks very much. 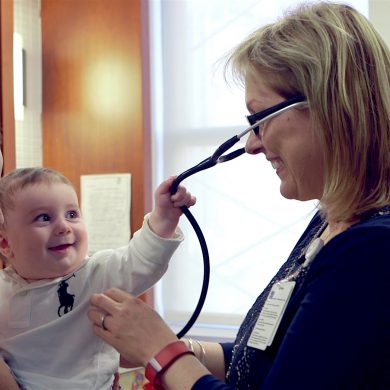 A Work in Progress: How Mount Sinai Parenting Center Is Bringing the Science of Child Development into Pediatric Education