By The Editors
Best PracticesConversationsELN StudioResearch LabThink Tank
on May 6, 20194 min read 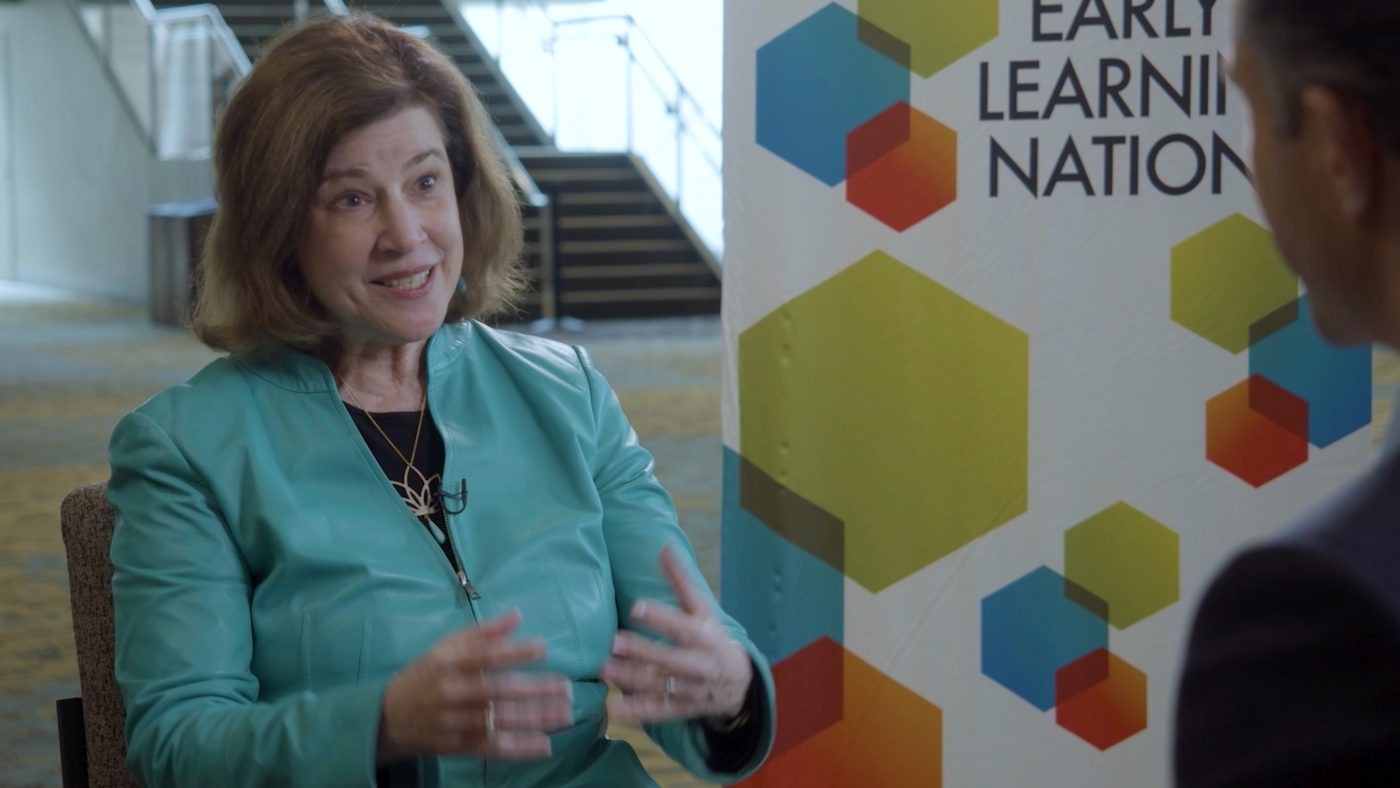 From “helicoptering” to “snowplowing,” parents are often tempted to simply remove obstacles from children’s way, preventing them from learning how to deal with challenges themselves. Instead, as Ellen Galinsky, Bezos Family Foundation Chief Science Officer and Founder/Executive Director of Mind in the Making, explains, the better approach is to build “Autonomy Support” – helping children gain the independence skills they’ll need to become successful adults. Filmed for Early Learning Nation’s Mobile Studio at the Society for Research in Child Development’s biennial meeting in Baltimore, MD, on March 22, 2019. #SRCD19

Ellen Galinsky:              Autonomy support means that you help the child begin to solve problems on his or her own, rather than fixing things for children. There was an article in the New York Times last weekend on snow plowing, which is a little different than helicoptering. It’s removing all the obstacles out of the way of children so that they don’t learn how to take on challenges themselves. To me, what autonomy support is, you help them begin to learn to try hard things and solve the problems that they face and think of those as skills that you’re helping your child learn.

Chris Riback:                 I’m curious as to what brought you to this? Was it what you were kind of seeing as a researcher and scientist and having done this or was that where the science was going and you’re just helping to advance it?

Ellen Galinsky:              I came to autonomy support probably through three converging roads. As a teacher, I used to use autonomy support in dealing with classroom behavioral issues. I found it was much more effective if the kids could learn the skills to solve the problems that they face in the classroom, than me saying, “Here are the rules.” Then, fast forward – I have two children whom I’m driving to school for about 45 minutes every day and they just would get in the most horrendous fights in the car. So, I decided to try at home what I knew to be a very successful strategy as a teacher, and I had a family meeting. Ultimately, we made a list and we wrote down their ideas of how they could solve it and it was in a moment when they weren’t angry at each other, because mostly they weren’t. By the time they grew up not to fight with each other, we had been through a lot of problem solving as a family, but it was amazingly effective because they had come up with the idea.

Chris Riback:                 Let me ask you about the tactical, practical interventions, maybe for three groups: Teachers, parents and children themselves. What are some things that teachers could be doing around their own activities to help increase autonomy support within children?

Ellen Galinsky:              We have thought of teaching as giving children the content, the information that they need, numbers, letters, colors if you’re talking about little kids. Understanding the world, the history, the cultures of the world if we’re talking about bigger kids. We have not thought about the process of teaching and the different ways of interacting with children could make in their development, and we have not thought of teaching as imparting life skills. So, it means a real reframing. Instead of here are the rules and we’re nice to each other, we listen to each other, we raise our hands, whatever the rules are and you obey my rules, let’s come up with solutions and help children learn the skills that they need to solve conflicts with other kids because that’s a major part of all of our lives, marriage, divorce, whatever relationships.

Ellen Galinsky:              Yes. You’re taking the same situation, if you solve it a different way, you’re going to get more compliance, if you want to use that word.

Chris Riback:                 That’s terrific, everyone would want to be interested in what’s next. So, if you’re focusing on autonomy support, what does the next level of research look like?

Ellen Galinsky:              Some experiments have found that people who are trying to help people move away from being either more controlling or not involved at all, find that it’s hard to find that middle ground, so I think the next level of research is how do you promote autonomy support in ways that find that middle ground, where you’re still the authority, you’re not giving up authority to your children, but you’re helping them gain the skills, the problem-solving skills they need to succeed in life. Some people say that if you live in a dangerous neighborhood and there are guns around, that you can’t use this kind of child-rearing process. Wendy Grolnick has done research that shows that if you combine structure, that is, clear expectations and a sense that there are rules and reasons for the rules with autonomy support, that it’s actually more effective in dangerous neighborhoods because you know when you have a choice and when you should not talk back to the cop.

Chris Riback:                 A fascinating, important and really current area, so we look forward to the continuing research. Thank you.