In 1999, University of North Carolina sophomore Rye Barcott was sitting in Swahili class when a recent alumnus, just back from a trip to Tanzania, offered some advice he never forgot:

Once you know what you want to do, start sending e-mails, making phone calls. You’ve got to be flexible, be persistent. Reach out to a bunch of people and eventually a few, maybe five percent, will give a damn. That’s enough, though. When they respond, you can follow up and start pulling it together.

It sounds simple enough, but Barcott—CEO of With Honor, a cross-partisan organization dedicated reducing polarization by supporting principled military veterans in the U.S. Congress—has applied it with a remarkable degree of flexibility and persistence.

“We need a new generation to step forward and lead and put service to country first,” he says of With Honor, which he co-founded with fellow veterans Peter Dixon and David Gergen.

“Veterans are well suited to answer this call because we have all signed a contract to our country to give up to our lives if needed in the line of duty. In other words, we have a proven commitment to putting public interest over self-interest.”

With Honor aims for nothing less than healing the political divides in our nation—a tall order, no doubt, but one for which he is uniquely prepared. In his memoir It Happened on the Way to War: A Marine’s Path to Peace (2011), Barcott chronicles an extraordinary early career filled with conflict and challenge. His search for the five percent of people who give a damn has taken him from North Carolina, to a violent African slum, to war zones in Bosnia and Iraq—and now to the comparably safer zones of U.S. politics. 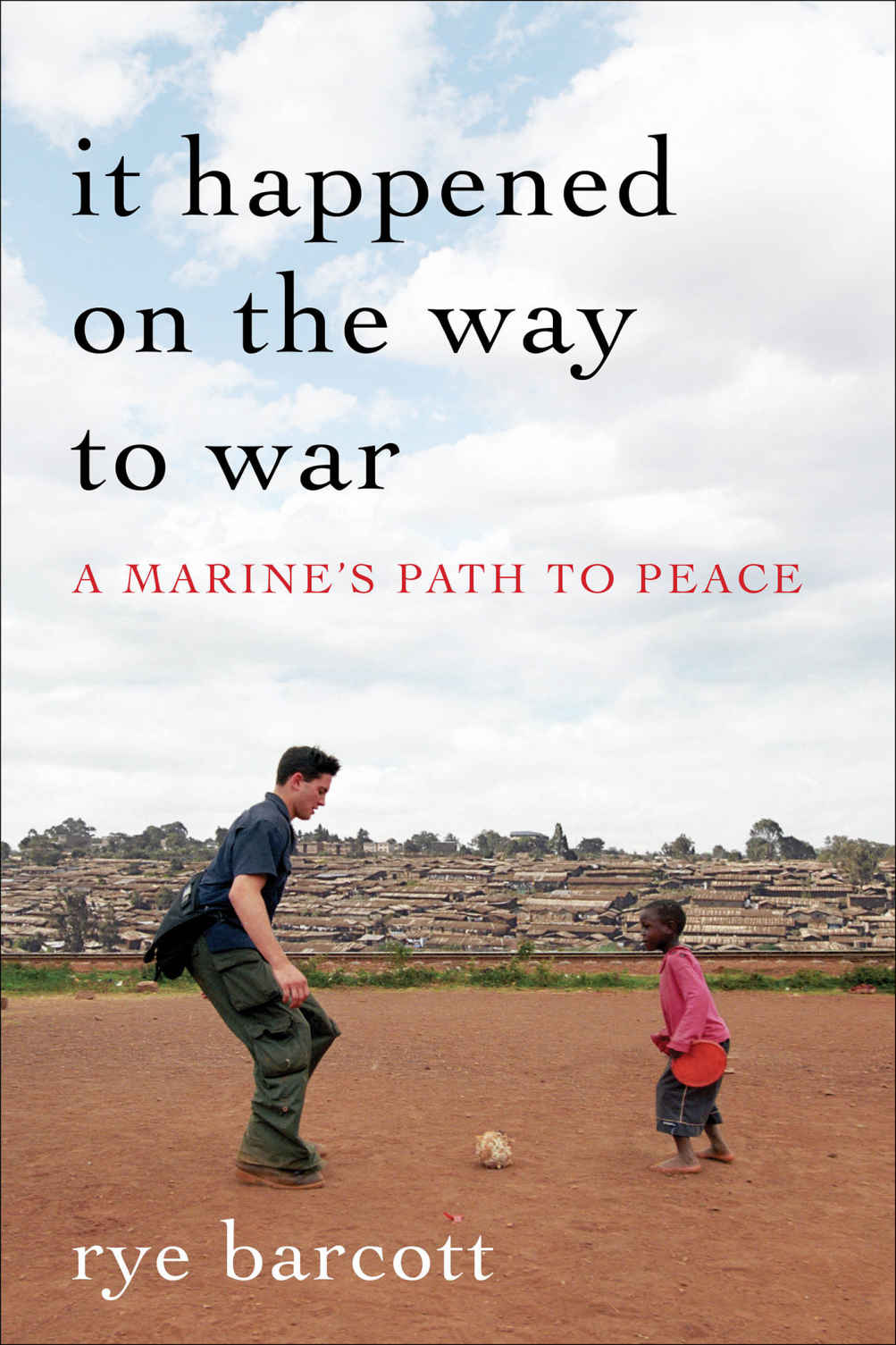 An action-packed coming-of-age story that he wrote for students, It Happened vividly presents the ideals of a young man with a burning passion for risk and adventure. He not only co-founds an interethnic soccer league and medical clinic in Kibera, an enormous slum in Nairobi, and joins the Marines just in time for 9/11, but he manages to sustain both activities simultaneously. He attributes some of his work ethic to his high school summers on a Wyoming ranch as big as Barcott’s home state of Rhode Island. Making $1.75 an hour wrestling calves, patching fence, and bailing hay taught him some things about being independent. “When the tractor breaks down, there’s nobody out there to help you but the cattle,” he laughs.

At any given time, Barcott says, he might be mentoring a dozen-plus young leaders in Kibera and the Marines. He also advises Bezos Scholars, some of whom have volunteered with Carolina for Kibera and With Honor. It’s his way of paying back some of his own mentors, including:

At 40, Barcott is a different man now, married to a child psychologist, with three kids. “Having a family changes your perspective,” he admits but adds, “In a fundamental way, I relate strongly to who I was as a 20-year-old Marine, and to Marines of all ages. When I see problems—big problems, life-or-death, urgent problems—my instinct is to run to them, to do something, to take risks in the service of others.”

Barcott, whose middle name Mead comes from anthropologist Margaret Mead, sees parallels between our political situation and the ethnic violence he witnessed firsthand around the world—up to a point. “Tribalism,” he says, “is often manipulated by political forces. Our tribalism in America often feels confusing and intense, but it is far less entrenched and difficult to deal with than places that have been through recent civil war and violence.”

Last election, With Honor Fund supported 19 veteran candidates from both parties. When asked whether he might ever throw his own hat in the ring, he offers a practiced response, saying that running for office is not necessarily part of his life journey. He’s more enthusiastic about spelling out the opportunity for what he calls “cross-partisanship,” with 42 percent of the country identifying as neither Republican nor Democrat.

Despite the demands of his job, Barcott remains an active volunteer with Carolina for Kibera, the organization he cofounded in Africa. “Kibera was once on the outskirts of Nairobi,” he says. “Now it is near the heart of the city. While infrastructure has improved over the past two decades, the conditions for many are grueling. What is promising is the introduction of low-cost technologies designed for the poor, higher educational access for many, and the rise in local leadership from the community.” He notes that the current and past Members of Parliament representing Kibera have been Kibera-born and college educated; one was even a Carolina for Kibera volunteer.

It Happened offers a sensitive exploration of sacrifice, an ideal that might seem antiquated to some, but to Barcott it matters more than ever. “Many of life’s most fulfilling moments rarely happen without some degree of pain,” he says, “and the greatest fulfillment happens through helping others. My co-founder of Carolina for Kibera, the late nurse Tabitha Festo, always said Sacrifice for Success. It became the motto of the Tabitha Clinic.” He mentions that the clinic opened a top-tier in-patient maternity center last year that integrates with malnutrition and family planning programs and delivers life-saving services as well as research that helps other informal settlements around the world.

The With Honor Pledge 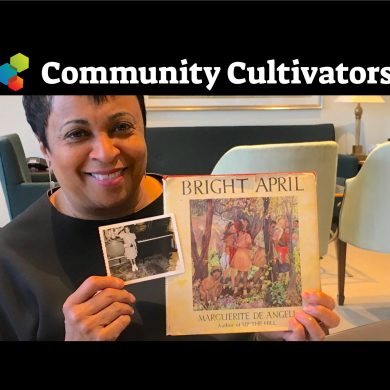