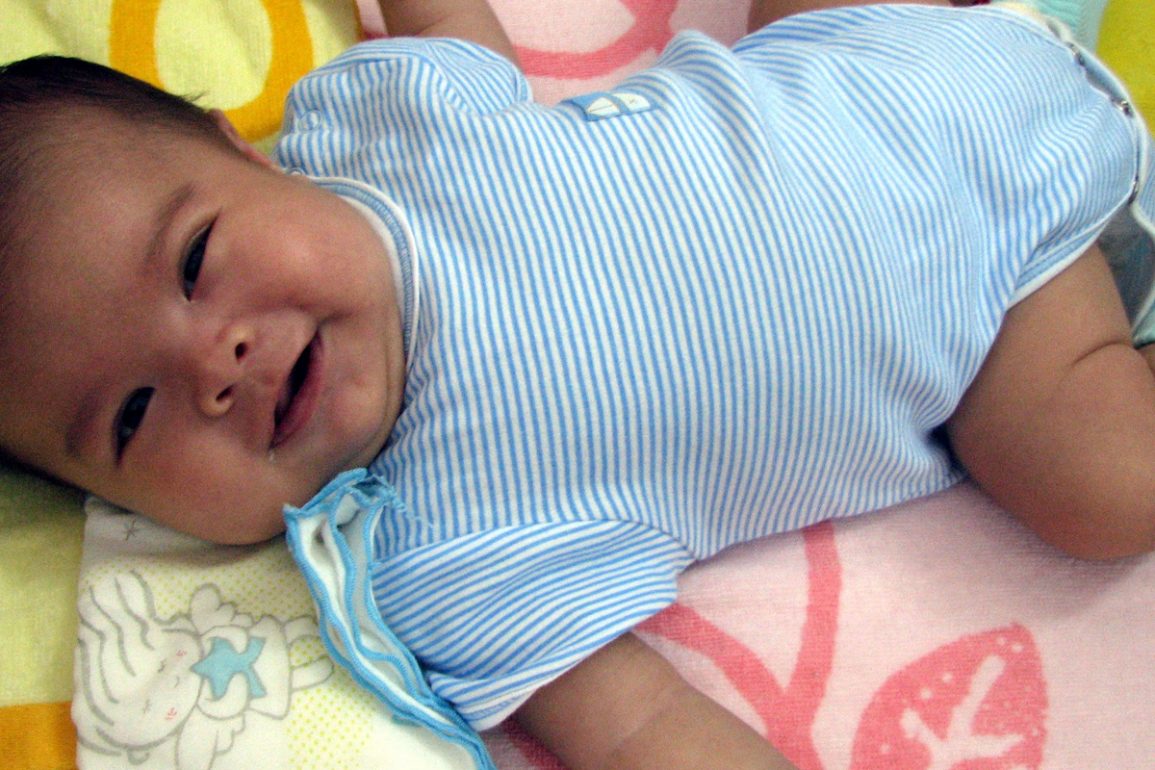 When a baby peers into the face of an adult making the kind of goofy faces and noises most of us make when looking at an infant, they’re doing more than wondering what strange creature they’ve encountered. They’re listening, studying and observing, and when they coo back, a conversation has started—one that will lead to words and sentences and ultimately the language that will serve them for the rest of their lives.

“Conversation is not necessarily about having a rich verbal language,” says early learning scholar and author Dr. Kathy Hirsh-Pasek. “At first, conversation can be coos and gestures and funny noises. A baby’s language learning is about the connection, the back and forth communication that happens way before words. It’s like a duet: babies learn language through interaction. It’s never too early to start because they are always listening—even in the womb.”

A landmark study in 1995 reported on the “30-million-word gap” that divides higher income children from those in lower income families. The gap refers to the number of words spoken to children’s ears by the adults in their lives. The size of the gap correlates with significant differences in vocabulary, language development and reading comprehension. Since that revelation, some educators and parents have pushed hard to have babies start learning words—lots of words—as early as possible.

“But what you do need is to be mindful of paying attention to your child. Because when you’re looking down at your cell phone and are locked into that, you ignore your child’s cues and questions and it breaks up the natural flow of conversation.” — Kathy Hirsh-Pasek.
This creates what both Hirsh-Pasek and her long-time collaborator Dr. Roberta Michnick Golinkoff describe as a “flash-card” approach to language, which emphasizes the words themselves rather than the interactions that are the true delivery mechanism of language. This way of presenting isolated words without context is like dumping words on the baby and hoping some stick. The process resembles how some of us studied for the SAT, but how many of those words do we remember now?

Before they can learn vocabulary, the scholars say, babies have to learn to isolate or segment words from the stream of sounds that surround them. They do this in a variety of brilliant ways, from sorting out statistical cues connected with how frequently they hear a word to the stress patterns in the words swirling around them. “Juice? You want some juice?” By six months, babies recognize a novel word that follows their own name, but not a novel word after someone else’s name. Research shows that long before a child can produce words, they have stored the frequently heard word forms in their brilliant onboard computers, ready for use when their vocal mechanism has developed enough to shape words.

At 24 months, the variability in babies’ vocabularies is breathtaking, ranging from 56 to 520 words, and these enormous differences, the scholars say, are rooted in both the verbal and nonverbal gestural interactions that take place between babies and their caregivers. The more of these back-and-forth interactions mothers and other caregivers have with their babies, the greater the child’s school-ready vocabulary by the time they’re off to kindergarten at 4 ½ or 5.

“The beautiful thing about that is that it doesn’t take anything fancy,” Hirsh-Pasek says. “It’s free. You don’t have to buy anything to have these kinds of conversations with your child. Babies learn words like spiders spin webs—it happens entirely naturally.

“But what you do need is be mindful of paying attention to your child. Because when you’re looking down at your cell phone and are locked into that, you ignore your child’s cues and questions and it breaks up the natural flow of conversation.”

Scientists refer to those back and forth interactions that start even before the baby can say a single word as “conversational turns” and studies show that the more conversational turns children experience, the greater the activation of a major language-processing area of the brain (Broca’s area), regardless of the child’s economic status or even the number of adult words they hear.

One of the most effective ways to engage in this back and forth, the experts say, is through the challenging quality of “wh-questions.” Like any good reporter, parents and caregivers need to master the fine art of “Who, what, when, where, how and why.”

Children respond more frequently and in more complex ways to wh-questions than to any other, Hirsh-Pasek says. “Start by looking where the child is looking,” she says. “Then, ask them about that—not one of those ‘close-ended’ questions that can only be answered with yes or no. You want the questions that encourage and build conversations (‘What is that?’ ‘I wonder what the doggies are saying?’), not the conversation crushers.”

Children who hear a lot of these questions that challenge their thinking are generally better able to understand and produce them as well. While harried parents might not always think the incessant “Why, why, why” of a toddler is a great thing, in the long run, those questions and the interactions they elicit can lead to richer vocabularies and concepts about the world.

Research shows that middle-class parents pose more questions to their children, on average, than parents from less resourced environments. However, there are many differences within families in both groups.  Further, fathers on average pose more wh-questions than mothers do. Toddlers in under-resourced environments are exposed to less verbal input than their middle-income peers, but since fathers across socioeconomic groups ask more of these “clarification” questions, researchers say they may play a unique role in supporting their children’s language and cognitive development. In one important study, African American fathers posed the most wh-questions of any of the groups regardless of income status.

The big bonus, scientists say, comes later in a child’s life when these challenging social interactions boost the complexity of their thinking and their verbal reasoning skills.

To develop a vocabulary, Golinkoff and Hirsh-Pasek say, children need to hear words embedded in sentences, and they need to hear different word types. They talk about this as the “architecture of language,” in which a child learns nouns as an entry point because they label concrete items, then moves on to verbs like “run” and “spatial-relational terms”—e.g. “bring the ball over here.”

When parents and caregivers take cues from the child and play off what the child finds interesting, vocabulary comes alive. When a child says, “What’s that?” they aren’t asking simply to be told, “That’s a toaster.” They are asking for information on what the item is used for. Children need clear information about word meaning, Golinkoff says. To really know a word, the child has to have at least a minimal grasp of how that word might be used in different ways. They are hungry for context. “That’s a toaster. We use it to cook our bread sometimes, don’t we? It gets very hot. What else gets very hot?”

Though stacks of research make it abundantly clear that such natural interaction and playful learning serve as the platform for vocabulary learning, Golinkoff and Hirsh-Pasek say that the educational system is increasingly moving in the opposite direction, more toward the flashcards paradigm than playful interaction. Children can eventually learn definitions, they say, but passive memorization will never yield the depth and retention needed for a child to actually master vocabulary and the logical thought processes that turn language into the keys to the kingdom. How a child learns is as important as what they learn and what ultimately will make vocabulary stick is the playful conversational concepts they learned, starting in the crib.

It all begins with a coo.