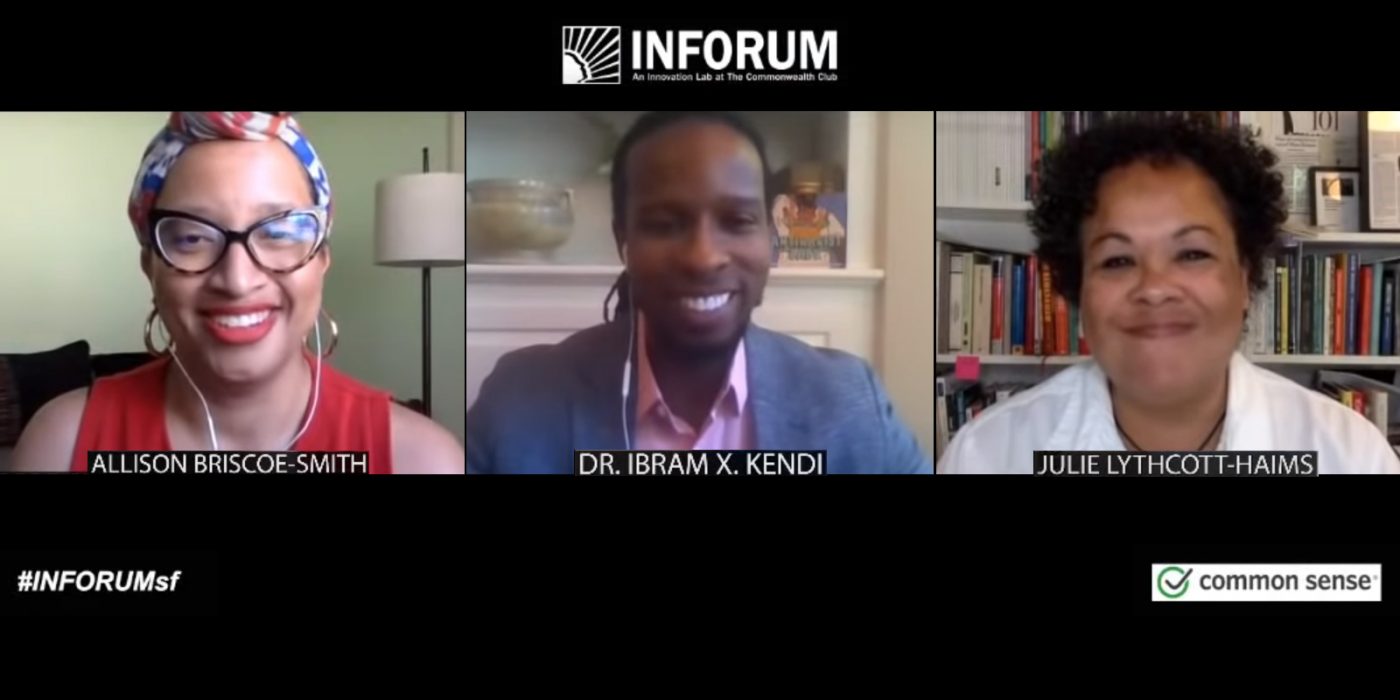 On Thursday, June 18, Common Sense Media and the Commonwealth Club hosted a conversation titled “Parenting in Support of Black Lives: How to Build a Just Future for Kids (and How Media Can Help).”

Dr. Allison Briscoe-Smith, a clinician, consultant and trainer, moderated the conversation, with Julie Lythcott-Haims (How to Raise an Adult) and Ibram X. Kendi (How to Be an Antiracist) weighing in on a range of urgent issues for parents and, really, anyone concerned about the state of our union.

Here are five takeaways from the event, which is available for viewing.

1.Racism is about denial. Briscoe-Smith expressed dismay at white people who say, “I don’t see race,” when babies as young as six months are known to pay attention to racial queues. Denying race by claiming to be “color blind” and avoiding conversations about it are behaviors that reinforce racist views by letting them go unexamined and unchallenged. (Read her How to Talk with Kids about Racism and Racial Violence, from Common Sense Media.) “Slaveholders and Jim Crow politicians also denied they were racist,” added Kendi.

2.Media matters. Recalling her own emotional devastation over the shooting deaths of Trayvon Martin in 2012 and Tamir Rice in 2014, Lythcott-Haims argued that there should have been more extensive media coverage at the time. She asked, pointedly, what the news media decided was more important. “When you see a story,” Briscoe-Smith recommended, “ask yourself who’s getting paid for that.”

State your mission. Briscoe-Smith urged parents to collaborate with their children on a family mission statement. (Read more about this idea.) The words and concepts should be age appropriate. Kendi noted that while kindness and fairness may be easily understood, they are sophisticated concepts that engender important conversation.

4.Books rule! All three participants agreed that reading about racism independently and with children is one of the most important ways of understanding history, recognizing racism and learning how to build equity. It’s never too early. Kendi just published a board book titled Antiracist Baby. (Two lists to get started: Books about Racial Identity, from Social Justice Books; and Books about Racism and Social Justice, from Common Sense Media.)

5.Look for the “Wakanda Moments.” Referring to the mythical African kingdom in the 2018 superhero film The Black Panther, Lythcott-Haims called upon parents to celebrate real and fictional examples of Black empowerment. While protests and advocacy are important, the participants noted that joy, too, is an act of resistance.

Please note that Early Learning Nation follows Associated Press (AP) style guidelines. Just this week, on June 23, AP announced it had updated its guidelines for the use of uppercase Black and Indigenous, and added, “We aim to decide on upper or lowercase white within a month.” 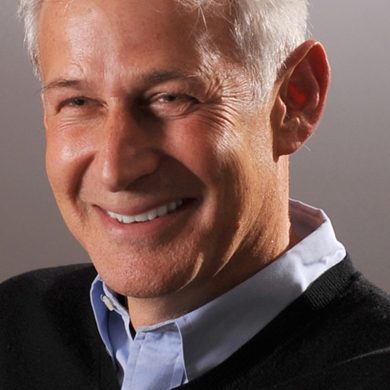