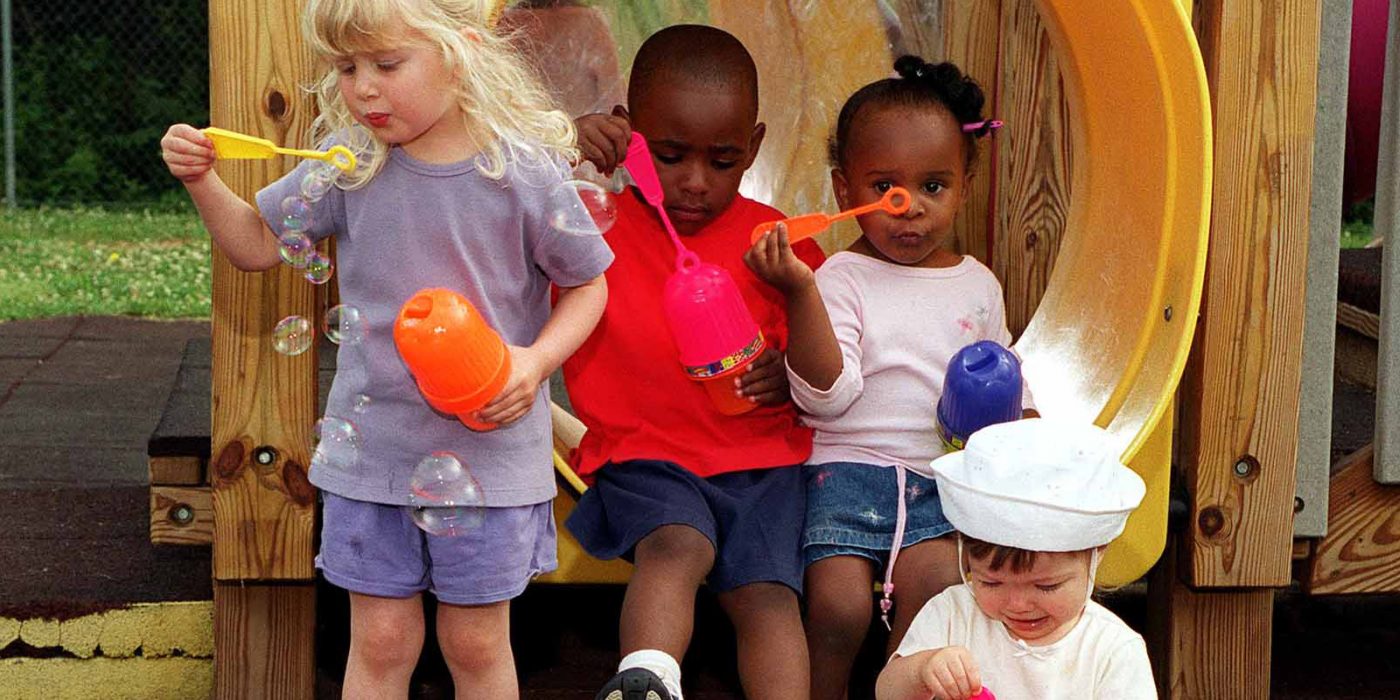 COVID-19 is a bizarre disease that defies easy answers. It impacts the lungs – except when it doesn’t. It brutalizes the elderly and those with underlying medical conditions – except when it kills healthy 30-somethings. The mercurial nature of the pandemic makes it hard to proclaim anything with certitude nor tell a clear story. Yet in one important area, the picture is coming more and more into focus: young children are not significant transmitters of COVID-19, and child cares (and elementary schools, for that matter) are rather safe.

The latest evidence comes from the Nordic nations. Denmark, now with five weeks of data under its belt, reports no increase in COVID-19 cases as a result of reopening those settings for young children. Finland, two weeks into where a spike would have become visible, echoed these findings. Norway’s Prime Minister Enra Solberg even commented in an interview last week, “’Was it necessary to close schools? Maybe not. But at the same time, I think it was the right thing to do at the time.”

Yet while apples-to-apples comparisons are difficult, each passing week and each new country that reports exactly the same result starts to knock down these alternative explanations.
And indeed, it was. Back in March, shutting down schools and most child care programs was not only a wise precaution, to keep them open would have been reckless bordering on malpractice. We didn’t yet know anything about COVID-19 and kids.

Now we do. While the scientific community is not in complete consensus, there is strongly suggestive evidence that children rarely get COVID-19, and, when they do, rarely transmit it to others.

As the World Health Organization’s chief scientist, Dr Soumya Swaminathan, said recently: “Children are less capable of spreading it even if they get the infection, and certainly are at very low risk of getting ill from the disease,” adding that, “there have not been many cases described of children transmitting it to others, particularly within school settings.” (The strange inflammatory syndrome that has been making headlines, while scary-sounding, only impacts a truly tiny percentage of children).

Confirming Swaminathan’s remark, an Australian study, one of the first to focus specifically on transmission within school settings, “looked at 18 infected teachers and students in 15 schools and found that despite them coming into contact with 863 people at the schools, only two had been infected.”

The good news only continues from there. Twenty-two European Union member states have now re-opened child cares and schools in some capacity, and none have had COVID cases spike as a result. In fact, no nation in the entire world reports child cares or elementary schools as significant sources of transmission. (The elementary school component is particularly relevant for early learning because of how many school-based pre-K and Head Start programs are currently shut down as the result of broader school closures).

As someone who works daily partnering with the early care & education community, I realize this is not necessarily a popular opinion. Parents are understandably scared for the safety of their children and for what happens if their children bring COVID-19 home. Providers — most of whom are badly underpaid and may have little access to PPE or cleaning supplies — understandably have no interest in being guinea pigs. Staff who have underlying medical conditions are understandably terrified for their own health. But we cannot keep pretending the stack of encouraging research and empirical evidence about young children isn’t growing higher and higher.

The stakes, too, are high. COVID-19 restrictions are pushing many child care programs over the edge into insolvency, and it is not just providers who are suffering. New data from the University of Oregon reveals that “Parents and other caregivers who have lost childcare reported significantly higher rates of stress and anxiety, compared to those who have been able to continue using the same form of childcare.”

Further, “caregivers who have lost childcare report that their children are significantly more fearful and fussy than those who have not lost childcare.” Yet despite this, “over 70% said that they were worried or uncomfortable about returning to the prior arrangement,” with fully one-third concerned that external child care is “not safe.” This concern, as we can now see, is likely overblown.

A common objection is that the U.S. is simply not comparable to other nations. Our testing and tracing regime is worse, our citizens less likely to abide by commonsense precautions like masking, our health care system struggling. Yet while apples-to-apples comparisons are difficult, each passing week and each new country that reports exactly the same result starts to knock down these alternative explanations. This is no longer a small sample size, no longer an ultra-early data point.

We actually have evidence right here in the U.S., since most states kept at least some of their child care centers open to serve the children of essential personnel, even in COVID-19 hotspots like New Jersey. As a ProPublica investigation noted, “We called [New Jersey’s] Department of Health to see if COVID-19 had been spreading within the child care centers that had opened April 1 to serve children of essential workers. There have been no reports of outbreaks of two or more cases, an official said.”

The variable, quite simply, seems to be children.

There are cogent scientific explanations for why young children are such poor COVID-19 transmitters. Though nothing has been conclusively proven, children’s relative shield may spring from some combination of immature ACE2 receptors that the virus uses to bind onto, and a better-calibrated immune system already primed to fight COVID-19 because of exposure to other common childhood viruses.

University of North Carolina epidemiologist Daniel T. Halperin explained further in a Washington Post op-ed that even when children do contract the virus: “Many children with covid-19 are asymptomatic; in the absence of coughing and sneezing, they emit fewer infectious droplets. Remarkably, contact tracing studies in China, Iceland, Britain and the Netherlands failed to locate a single case of child-to-adult infection out of thousands of transmission events analyzed.”

At this point, it takes significantly more effort to look at the evidence board and conclude that child cares and elementary schools should remain empty, rather than conclude the U.S. should be preparing to safely return its young children en masse. (Note that by the same token, this evidence base does not yet exist at the same level for teenagers, so little can be concluded about middle and high schools).

Of course, re-opening child cares and elementary schools — even with precautions — is not zero risk. Children are far less susceptible to the virus, but hardly invulnerable. France did see 70 cases of COVID-19 among their 1.4 million children who returned to child cares and primary schools. In Texas, there have been cases in 60 of its 11,000 open licensed child cares. Still, one way of thinking about these numbers is that more than 99 percent of settings have operated with no cases. Those ratios are pretty darn good.

Precautions certainly must be taken. None of these nations are going pell-mell back to the pre-COVID days. All are taking wise steps to lower the risk as much as possible. Moreover, there is no humane way to argue that medically fragile staff should be dragooned back in front of classrooms. Nor does the emerging reality of young children’s special status change the need to save the crumbling child care industry and fully fund providers and schools to implement risk mitigation plans.

But the emerging reality does beg certain questions. If young children barely transmit the virus, then what is the logic behind stringent group size restrictions, much less refusing to open at all? Why the concern that young children will get in each other’s faces while playing or doing a group project? There is a real chance that some overzealous if well-intentioned measures cross the threshold into doing more harm than good.

As one Vermont center director said in describing the steps her reopening program has had to take, “This is going to be an emotional nightmare. Curriculum as we knew it, for a little while, is going to be by the wayside.”

It does not have to be so awful. Science tells us that it is a false binary to balance turning these facilities into locked-down wards against the health of staff or the community. The most important precautions should be for adults so that they are largely isolated from one another. Keeping groups of children together rather than rotating teachers, staggered drop-off and pick-up times, physically spreading out adult-led groups, vigilant sanitation, ensuring the ability to rapidly test-and-trace when rare cases do emerge: these are all examples of wholly reasonable and necessary steps.

So it is time for the U.S. to catch up with the rest of the world, acknowledge that young children are at very low risk for catching or spreading COVID-19, and act accordingly. Particularly since there is a very real cost in welfare and learning from keeping children away from their early care and education settings, this new understanding should drive all manner of policy and communication decisions.

As early childhood expert Erika Christakis wrote recently in The Atlantic, “The effects of remote learning are the worst for young children, whose brains grow rapidly from in-person relationships and active, hands-on exploration. Their boisterous physical play strengthens not only gross and fine motor skills but also interpersonal relationships, problem-solving, visual-spatial thinking, confidence building and stamina. Babies and toddlers are still learning to read social-emotional cues and need to see and feel unobstructed faces. The known adverse effects of screen time on the developing brain are clearly more damaging to young children, whose emerging language and literacy skills depend on plentiful, meaningful conversations with teachers whose mouths are unobstructed by masks.” (Or who have adequate access to clear masks.)

We must therefore shake off the paralysis of fear, embrace the evidence and begin moving forward in a way that simultaneously honors the needs of children, early childhood practitioners and parents. For a disease whose hallmark is respiratory distress, the state of our young children is one place we can start breathing easier.