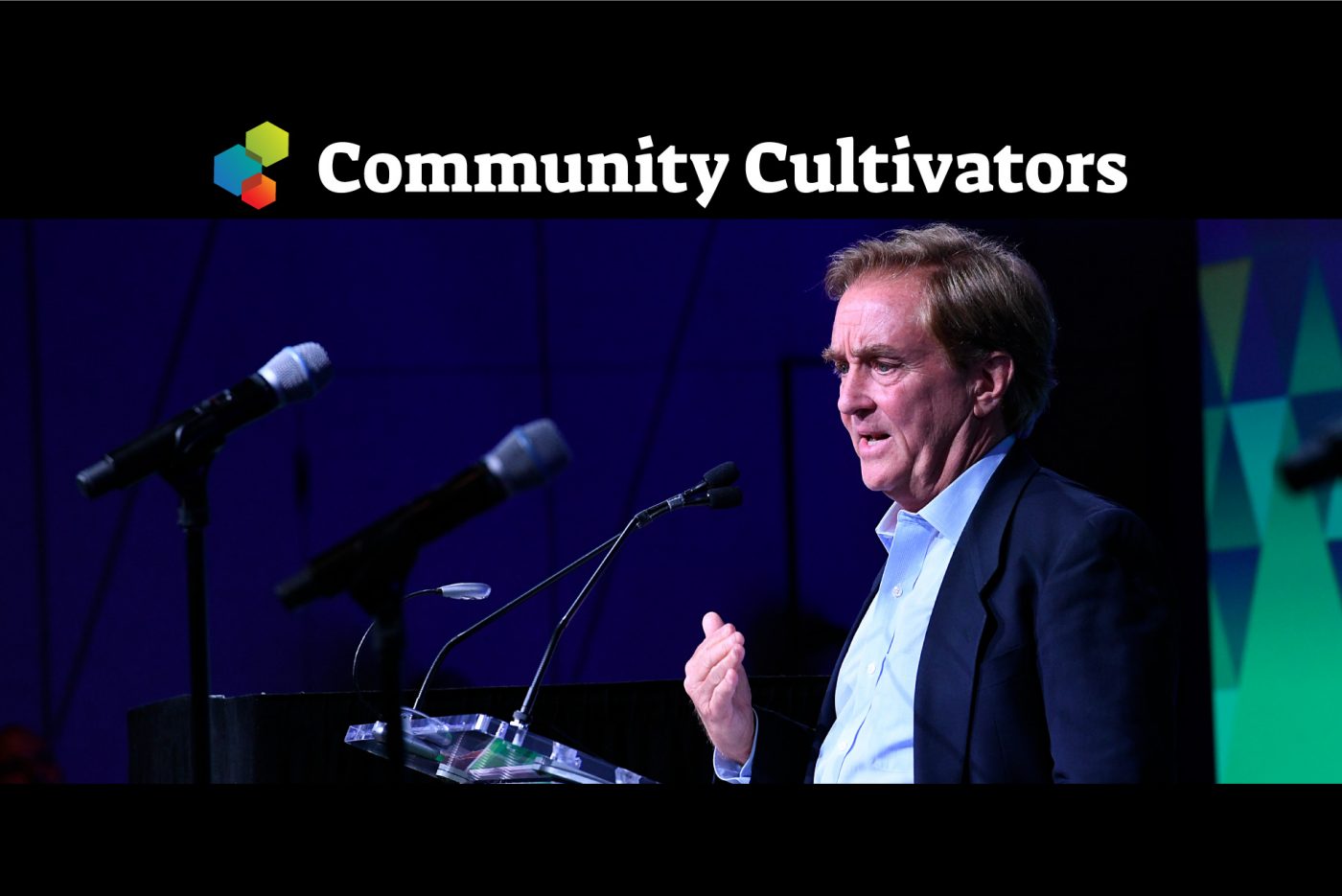 James Steyer has spent his career advocating for small people, but he doesn’t care much for small ideas.

“He always wants to go big,” says Ellen Pack, president of the second major nonprofit he founded, Common Sense. (The first was Children Now, which focuses on policy solutions in California.) “He has a million ideas. The trick is knowing which ones to grab onto.” One of his more provocative recent ideas was to get the California legislature to support a broad consumer privacy law and retake legislative control over an issue gaining in public imagination. With deep political divisions, most doubted Sacramento could get the law passed, but in January, the California Consumer Privacy Law (CCPA) went into effect.

“When it’s about kids, more people are going to pay attention than if it were about poverty.” — Jim Steyer
Wide Open School is the latest and greatest product to arise from Steyer’s idea factory. Launched at the end of March, soon after schools across the country were closing in response to the pandemic, this free online resource supports families and educators who might be attempting remote learning for the first time.

Earlier in the month, Steyer had set Wide Open School in motion and started working the phones to enlist leading education publishers, media and technology companies and nonprofits. Within a few days, he had secured the commitment of the American Federation of Teachers, Amplify, Apple, Boys & Girls Clubs of America, Head Start, Khan Academy, National Geographic, Noggin, PBS, Scholastic, Sesame Workshop, Time for Kids, XQ Institute and YouTube, among others.

In the first several weeks of the platform, more than a million people around the country have used Wide Open School. Pack calls it the Jim Factor. “People who care about our work, care because he does,” she says.

Steyer credits his impact to two qualities. First, he explains, “I like people.“ This is factually true, but it’s also a major understatement. He has an unmatched Rolodex of influential friends and relishes a steady stream of conversation (often peppered with more four-letter words than one might expect from a child advocate). Second, he recognizes ability in others. “I hire people who are smarter and more talented than me,” he says, “and I stay out of their way.”

Steyer grew up in Manhattan. “We were very close, and very committed to justice,” he says of his upbringing. (His younger brother Tom recently ended his unsuccessful and—according to Jim—misunderstood presidential campaign.) Their father was a lawyer in a prestigious firm; their mother taught in the Brooklyn House of Detention and a public school in the south Bronx. Following in her footsteps, Jim graduated early from high school and worked as a paraprofessional in a Harlem classroom before enrolling in Stanford University.

Stanford has steadily nourished Steyer’s intellect and social justice work. First as a student and later, for nearly 30 years, as a lecturer, the New York native has thoroughly embraced this West Coast institution. He cites Donald Kennedy, Stanford president from 1980 to 1992, as one of his inspirations. As a law student, Steyer started his first nonprofit, the East Palo Alto Community Law Project, which focused on housing and other poverty-related issues. “I learned how to build something,” he recalls. Before long, he directed his talents for board building and fundraising toward the child advocacy community.

In 1988, Steyer launched Children Now, which quickly attracted publicity for its report cards “grading” how well California addressed the needs of its youngest residents. He fondly remembers when the first report gave the state a D and landed on the front page of The New York Times. “First and foremost, he’s a champion for the poorest kids,” says Pack. Steyer reveals that it’s a framing strategy. “When it’s about kids, more people are going to pay attention than if it were about poverty.”

How to Connect to Wide Open School

He calls Marian Wright Edelman, founder of the Children’s Defense Fund, a personal hero, citing the transformative impact of her advocacy. (She also introduced him to Liz, his wife and the mother of his four children.) Hillary Clinton also comes high on the list of child advocates he admires. “She is a serious policy wonk,” he says, “And don’t forget Chelsea Clinton, either.”

Asked about Republicans, he mentions Jeb Bush and Margaret Spellings, an architect of the No Child Left Behind Act and later Secretary of Education under George W. Bush.

“Children shouldn’t be a political issue,” he says. “This is the great no-brainer investment.” He admits to sometimes feeling frustrated with the infighting and rivalries in the child advocacy sphere, noting, “We’re all on the same team.”

Norman Lear, the legendary TV producer and founder of People for the American Way, influenced the way Steyer uses media as a tool. Appreciation for the power of media has driven his advocacy and, by the same token, made him acutely aware of its unchecked power over children. His 2002 book The Other Parent condemned children’s television for becoming a “giant marketing machine” rather than a source of education or enrichment. His research for the book led directly to the formation of Common Sense Media in 2003.

In 2012, Steyer wrote Talking Back to Facebook, a kind of sequel to The Other Parent and the first major expression of social media’s deleterious effect on young people. The same year, he issued a major statement about the American trend of disinvesting in childhood.

“It’s morally wrong,” he said. “It’s economically insane. What are we thinking in our society when our youngest generation is the poorest generation in our world?” The following June, the Clinton Foundation took on the phrase coined by Steyer when it launched its Too Small to Fail initiative.

Wide Open School remains Steyer’s most pressing concern for the moment. With the possibility looming that remote learning will be with us, in some form or another, for quite a while, Wide Open School will prove his knack for recognizing possibilities before the rest of the world catches up.