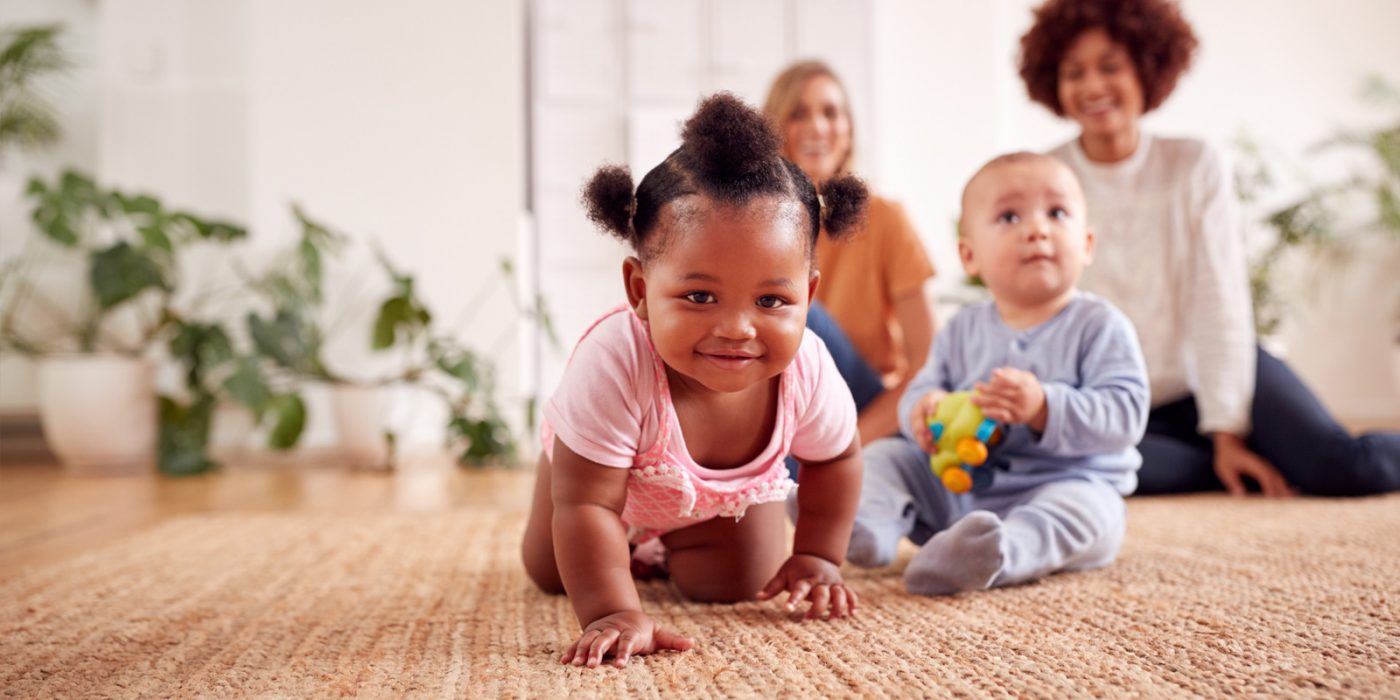 Children come into the world noticing. They notice sights, sounds, smells and the attitudes and emotions of people around them. They may not have language to describe what they observe, but they are lean, keen, noticing machines from their first breaths.

Just as we vaccinate our children early in their lives against polio and other devastating diseases, so we can inoculate our children against racial bias and provide them with lifelong tools to effectively address the biases they encounter.
One of the things they notice—as early as 6 months, research tells us—is differences in skin color, hair texture and other race-based physical characteristics in the people they interact with. What they don’t do—yet—is create a narrative about those qualities. They may be interested, but at this point, says Dr. Jacqueline Dougé of the American Academy of Pediatrics, they are just … seeing.

“Racial attitudes are formed not only by what children hear, but by actions and reactions of those around them,” Dougé says. “You may never say to your child, ‘I think such-and-such about race,’ but your child will absorb what you think and feel.”

As Health Services Director of Maryland’s Howard County Health Department, Dougé coauthored a policy statement for the American Academy of Pediatrics (AAP) journal Pediatrics on the impact of racism on child and adolescent health. Although progress has been made in the U.S. toward racial equality and equity, she writes, racism’s ongoing negative impact on the health and well-being of the nation’s children is clear. Failure to address racism will continue to undermine health equity for all of our children and families. The good news, she says, is that this moment represents an unprecedented opportunity to shape the future in powerful ways, for our children and for ourselves.

Just as we vaccinate our children early in their lives against polio and other devastating diseases, so we can inoculate our children against racial bias and provide them with lifelong tools to effectively address the biases they encounter. In the process, we can enrich our own lives.

As with all cultural change, the starting place is with ourselves, Dougé says. Confronting our biases and fears, examining our attitudes and consciously creating a wide, culturally diverse social network can provide the first steps toward profound social change. Make some new friends and take your babies with you. Your interest, kindness and compassion will model how you want your children to respond to people’s differences without your ever saying a word.

According to two University of Toronto studies, there’s even more to it than that. According to Professor Kang Lee, these studies show that babies begin to show racial preferences by the time they 6 to 9 months old in favor or members of their own race and against those of other races. The cause, he says, appears to be a lack of exposure to other races. Prior studies from other labs indicate that more than 90 percent of infants only interact with people of their own race, which provides little to no experience with other-race individuals. Early exposure may help hard-wire awareness of “otherness” in positive ways.

When it’s time to talk about race, Dougé wants you to know it’s OK. It isn’t racist to address the issue or answer and anticipate questions your child may have—particularly in this time when every media source is insistently broadcasting stories of race. When your child notices differences, there’s no need to self-consciously shush them: consider it a teaching moment, and one in which similarities as well as differences can be underscored. If you don’t talk to them about race, they could begin to fill in the blanks with the biases of the world outside your home.

Bias: The belief that some people or ideas are better than others, usually resulting in unfair treatment
Biological race: Physical racial features such as skin color, hair textures, and facial features
Explicit racism/bias: Racism that is plainly expressed through words and or actions
Implicit racism/bias: Racism that hides in our unconscious biases and gets expressed in our actions
Racism: The beliefs and practices that uphold and reinforce inequalities based on race
Social identity: A person’s sense of self that is based on group membership
Social race: The social norms, attitudes, beliefs and behaviors that accompany racial groups
Systemic racism: Policies, practices, and laws that reinforce social inequalities by discriminating against groups of people, either directly or indirectly, and limiting their rights

“It’s important that you have these conversations in ways that are developmentally appropriate,” she says. “When you teach your kids the importance of washing hands to prevent the spread of disease, you don’t go into the whole epidemiologic, scientific background. It’s the same way with race. There is nothing wrong with acknowledging that people have different hair colors, eye colors and skin colors, and doing that when children are very young.

“There’s no shame to noticing. You don’t want to shame anyone—we just want to start from very young being conscious of how we create the narrative about how people are and how they can be.”

One tip Dougé and Dr. Ashaunta Anderson, who cowrote Talking to Children About Racial Bias as an AAP resource for parents, offer is when your preschooler notices and points out differences in the people around you in the grocery store or park, hold your arm against theirs to show the differences in skin tone even within your own family. Comparing and commenting about how our wonderful differences are will go much farther than trying to distract or shush a child who has noticed that people don’t all look the same. Or, if they say something biased, ask how they know that and gently correct the mistaken belief.

For most of our children, daycare and school are the two places second to family where racial attitudes are learned. Though the coronavirus pandemic has limited many children’s exposure to other children, we won’t all be staying at home forever and Brugé says it’s extremely important for parents and caregivers to be conscious, aware and involved when it comes to what’s happening in their school and group situations.

According to a study from the U.S. Department of Education, racial profiling of our children begins almost as soon as children enter preschool. Black children represent 18 percent of preschool enrollment but 48 percent of children receiving more than one out-of-school suspension. We are talking about 4-year-olds.

“There’s a role for parents to play in terms of making sure that the environment is supportive of all kids and reaching out to teachers, the board of education, whomever they need to get involved,” she says. “Beginning from an early age, parents can educate their children to speak up about things they see that are unfair or wrong. Depending on the age of the child, a parent might need to step in and say, ‘What you said there is probably not the nicest thing to say,’ when they observe stereotyping or bias. Again, this models effective behavior even starting at a very young age.

“There are always opportunities to teach our children to not just stand by but to actually help to make a difference when they can. If they’re too young or uncomfortable to intervene themselves, we can teach them to tell their teacher or another adult.”

Dougé says she is encouraged by the massive energy and awareness behind the Black Lives Matter protests that continue to take place throughout the country and particularly the participation of people who previously might not have thought that racism directly affected them.

“This is really an ‘all-and-everyone’ situation now,” she says. “It’s not like, ‘Oh, the Black people have it,’ because that’s not how change happens. Look at the Civil Rights Movement. Yes, we have the historical figure, Martin Luther King, Jr., and all the other Black people in that movement. But if you look at the March on Washington, many of the individuals were not Black. They were white Americans. There’s been a long history of white Americans taking up the cause of justice. And when we’re talking about women’s rights and suffrage, men also took part in that cause.

“To move this country forward, it isn’t just the marginalized people who make that change. It’s all of us working together and coming in to help,” she says. “I know confronting all of this is uncomfortable, but it’s time to have these conversations and do this work.”

Starting with our babies and our own circle of connections.

Did You Know? (From HealthyChildren.org)

Healthy Children: Website of the American Academy of Pediatrics with loads of resources for parents and other caregivers on issues related to children’s health and well-being.

White Privilege: Unpacking the Invisible Knapsack, by Peggy McIntosh, first appeared in Peace and Freedom Magazine, July/August, 1989, a publication of the Women’s International League for Peace and Freedom, Philadelphia, PA. It remains a foundational resource in defining “white privilege” and the consequences of unearned advantage. 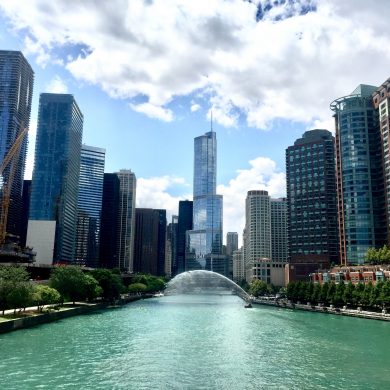