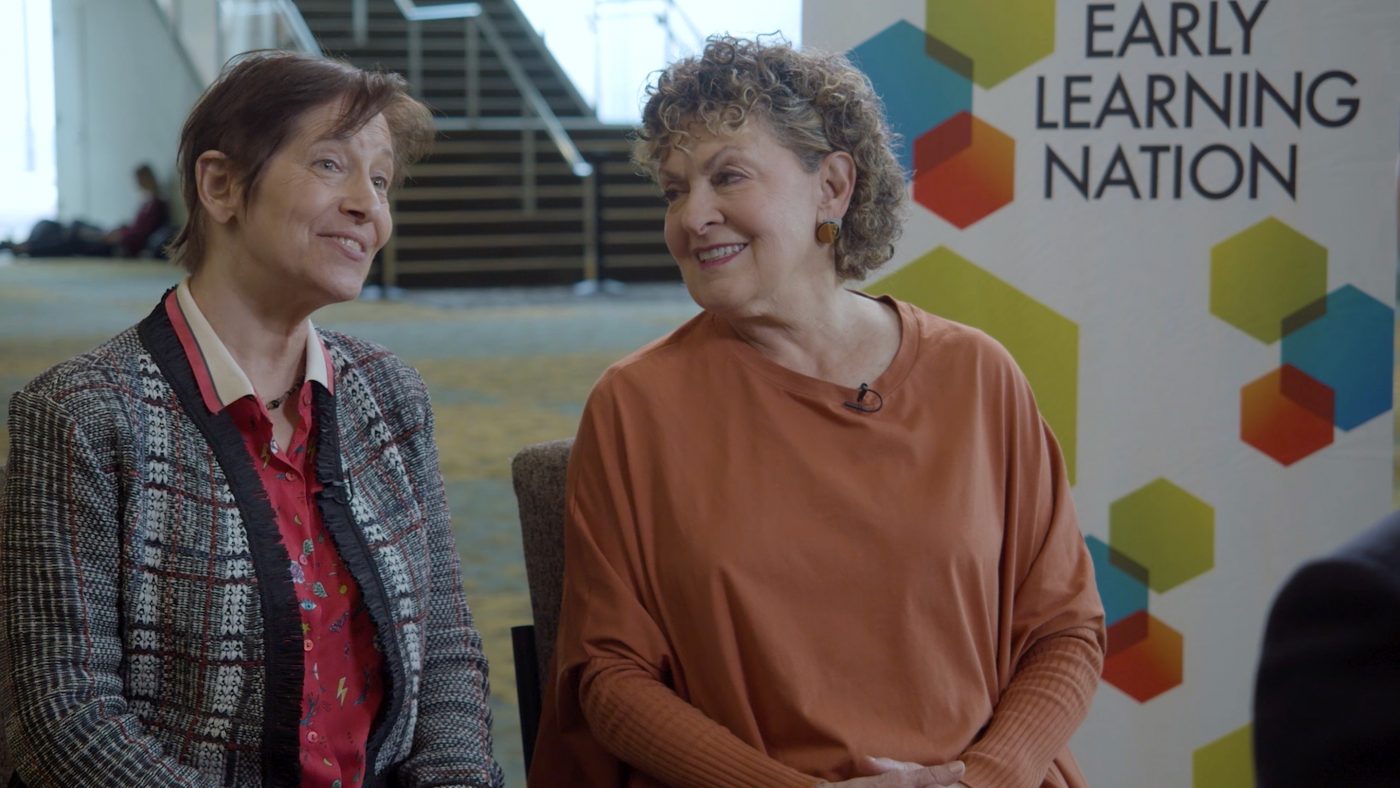 According to Roberta Michnick Golinkoff & Kathy Hirsh-Pasek – researchers and co-authors of “Becoming Brilliant, What Science Tells Us About Raising Successful Children” – language is the single best predictor of how young children will do in school. That’s why they’ve created an innovative, easy way for practitioners to measure students’ verbal progress. Filmed for Early Learning Nation’s Mobile Studio at the Society for Research in Child Development’s biennial meeting in Baltimore, MD, on March 22, 2019. #SRCD19

Kathy Hirsh-Pasek:        Well, there are very few measures of early language development, and most of those early measures of language development take a professional to come in, to take a fair amount of time, and then to assess the young child. Now, language is the single best predictor of how young kids are going to do, both at entry to school and in their trajectories through school.

Kathy Hirsh-Pasek:        If we assessed your language in kindergarten, it would help us account for how you did in math, social studies, reading and science.

Roberta Michnick Golinkoff:      What the screener is. So, we desperately need this screener, because if children know the names of the letters, that’s nice. But that’s not enough for learning to read. So what the Quills enables us to do is to assess children’s language in the most fun and entertaining way. Kids love this and ask to do it again. It takes 15 minutes. It’s on a tablet. It’s entirely based in the research literature.

Kathy Hirsh-Pasek:        And it doesn’t require having a skilled examiner.

Roberta Michnick Golinkoff:      That’s huge. It should be done in schools by teachers, by aides. They don’t even have to do anything. They just have to sit with the kid. The questions come out of the tablet and the tablet scores the child’s scores. And then the child can be compared to others in his grade or to a national sample. The norms that we have assembled.

Kathy Hirsh-Pasek:        So the question becomes what does it do? How many words do you know? Do you know? Do you know the kinds of words that kids your age generally know? How about your ability to put those words together in sentences? And we call that grammar or syntax. Are you where you need to be in syntax? How about in your learning to learn skills? Can you take a nonsense word and know to extend it to another thing that looks just like it, but it’s a different color? All of those skills are really critically important.

Roberta Michnick Golinkoff:      Everything is dependent on language.

Roberta Michnick Golinkoff:      Somebody gave a talk at the Boston Child Language meeting, and they actually wrote in their slides, we were not paid to put this in.

Kathy Hirsh-Pasek:        And it’s also that we have this, Quills now is coming out in a bilingual version that will be Spanish and English.

Roberta Michnick Golinkoff:      We should give the ages.

Kathy Hirsh-Pasek:        That’s the ages are three through six, and we’re currently working on a two year old version. And there’s even less out there for measuring early language with two year olds.

Chris Riback:                 And I can only imagine that on the negative side, identifying potential concerns or issues, even more important at two.

Roberta Michnick Golinkoff:      We know for a thousand years that the earlier you get in with any kind of developmental problem and tried to ameliorate it, the better.

Chris Riback:                 Finally, I can’t have a conversation with New York Times best selling authors without asking them about the book. So “Becoming Brilliant, What Science Tells Us About Raising Successful Children.“ What does science tell us about-

Roberta Michnick Golinkoff:      The kinds of skills that Kathy and I have incorporated in this book based on psychological research are just the skills that children need to succeed, not just in school but in the world, in the job market and for health. Content, the three Rs are crucially important, but there’s so much more. Would you have your job if you couldn’t collaborate and communicate with the people who are helping you here? I don’t think so. So those are two of the skills-

Roberta Michnick Golinkoff:      We did communication, content, and collaboration.

Chris Riback:                 It’s easy to understand why it’s a New York Times bestselling book. Congratulations to both of you, and thank you for continuing the conversation.

Roberta Michnick Golinkoff:      Thank you for continuing it with us.