By The Editors
Best PracticesConversationsELN StudioResearch LabThink Tank
on May 1, 20194 min read 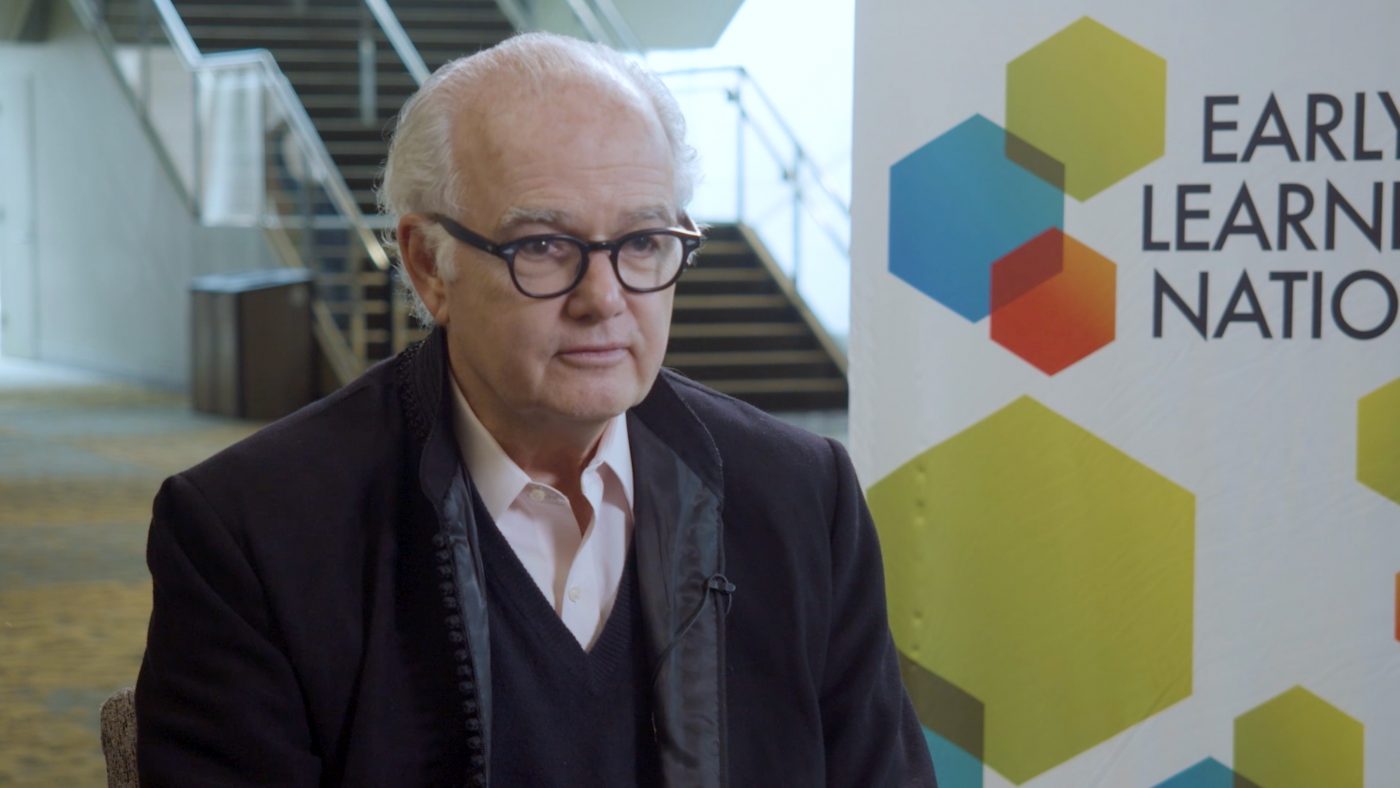 According to NYU University Professor Lawrence Aber, poverty and violence are the two most toxic challenges for child development – areas he has researched from the U.S. to Africa and the Middle East. Regardless of location, children can experience poverty and violence in difference ways and levels. Aber explains the research, tools and tactics required to give children the best opportunities for successful development. Filmed for Early Learning Nation’s Mobile Studio at the Society for Research in Child Development’s biennial meeting in Baltimore, MD, on March 22, 2019. #SRCD19

Lawrence Aber:             Many researchers’ research is a little bit autobiography, so I grew up in tough neighborhoods. My family had some tough scrapes and things like that, so I probably came by it naturally in that way. I’m the oldest of six kids, and my youngest brother, who’s 15 years younger than me, I used to get up and give him his six o’clock in the morning feeding because my mom was pooped, and so I might have come by it that way. Almost everybody is fascinated by human development. For some reason I got lucky enough that I could make that my living.

Chris Riback:                 Is poverty the most confounding societal challenge for child development?

Lawrence Aber:             They’re modestly correlated, but it’s largely because they’re individually impactful. They can be in combination especially impactful. There are lots of kids who are exposed to poverty that are not exposed to violence, lots of kids exposed to violence and not poverty, and they actually affect two different parts of the developing organism. So poverty is associated with deprivation and violence is associated with threat, and so deprivation and threat are both bad for developing human beings, but they’re bad in different ways.

Chris Riback:                 Let’s talk about a little bit about your own evolution. It feels to me in looking at your career that you may have focused initially a little bit more on domestic issues, but lately much more in the international sphere.

Lawrence Aber:             Absolutely. The first 30 years of my work life, I focused primarily and almost exclusively in the United States. I did a little work on kids in war. If you’re interested in the effects of poverty and violence on kids and you want to make a difference in that, in the United States there’s plenty of work, but there’s even more work overseas.

Lawrence Aber:             In the Congo, in South Africa, in Niger and Sierra Leone, yes, so I work primarily now in sub-Saharan Africa and in the Middle East and North Africa.

Chris Riback:                 I spoke earlier with Sarah Smith from the International Rescue Committee. You’re involved in the program, the 100&Change, in bringing Sesame Street to the Middle East. How is that effort?

Lawrence Aber:             Well, it’s a remarkable effort. I’ve been lucky enough to be working with IRC since about 2010, so they are the first group I worked seriously with after I made the turn from domestic to international work. The International Rescue Committee and Sesame Street combined to propose to create kind of an early childhood system in Syria, Iraq, Jordan, and Lebanon. There’s going to be home visiting programs on the ground and early childhood centers on the ground for young kids and preschool kids, and there’s going to be Sesame Street broadcasting educational television for kids, specifically targeted to Syrian refugee kids and families in the host communities, and we’re in the throes of getting it up and going.

Lawrence Aber:             Exciting, humbling, scary. With those kind of resources, you want to do the very best job you can.

Chris Riback:                 I’m sure you do. To close out, I was looking at the NYU Steinhardt website where you belong, and I was really taken by the mission, to prepare students to understand and intervene in human development across contexts and cultures. In listening to you today and in reading about you, that really seems to be what drives you.

Lawrence Aber:             I think so. I just keep getting impressed by the varieties of human experience. I’m hungry to understand and experience new cultures and new ways, and I think as we become a more global world, we have to develop glocal, combined global and local solutions to the most important problems. I can’t think of a more important issue than how to prepare the next generation to cope with this crazy world.