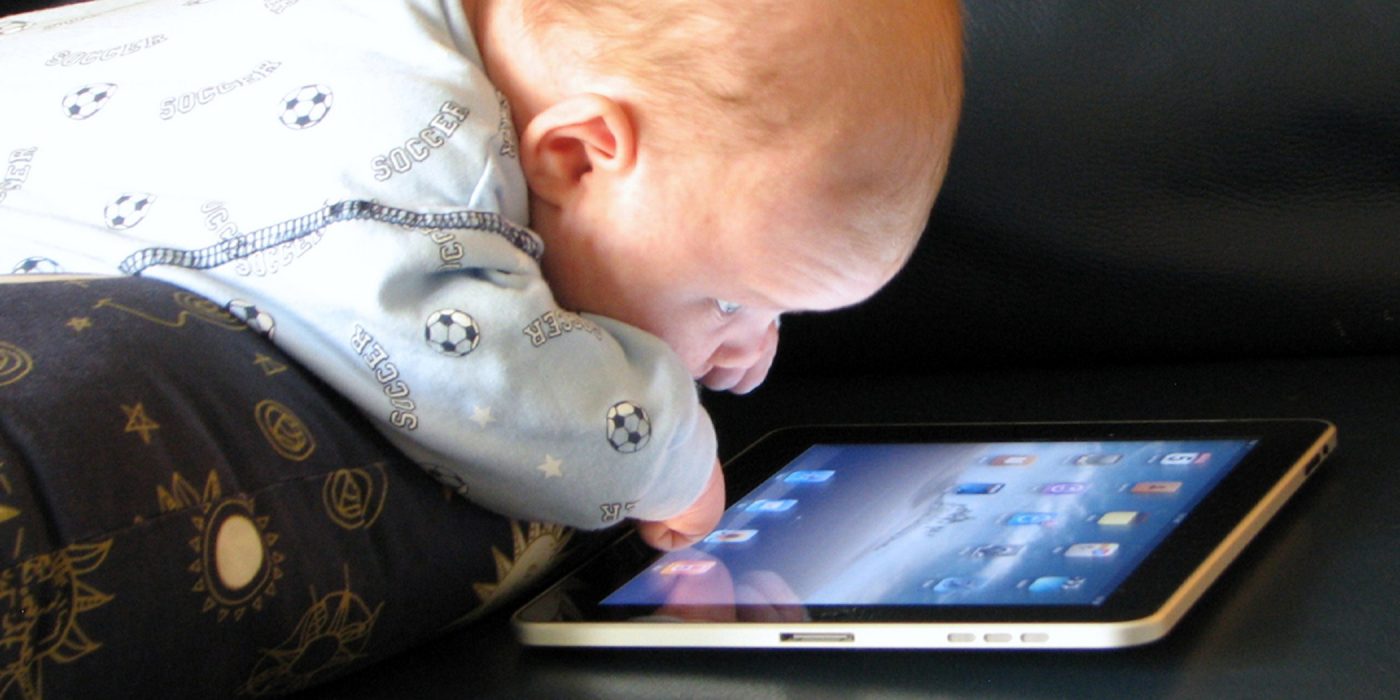 The World Health Organization (WHO) has issued its first-ever guidelines on screen time for children younger than 5, recommending no time on smartphones, TVs and tablets for 1-year-olds and no more than one hour per day for kids ages 2 to 4.

In an interview with Early Learning Nation, Ari Brown, a Harvard-trained pediatrician in Austin, Texas, and co-author of the 2017 book, Baby 411 — Clear Answers & Smart Advice for your Baby’s First Year, says, “The issue is that technological advances and usage greatly outpaces the scientific study of the impact of it. Thus, taking a cautionary approach with reasonable limits based on our current knowledge is appropriate.”

Why It Matters
Too much screen time, and poor quality screen time, for young children has been linked to obesity, poor sleep, loss of social skills and violence; it has been shown to be detrimental to language development.
WHO, based in Switzerland, is the United Nations’ lead agency for promoting international health. It was founded in 1948 and has 149 offices worldwide.

Here’s a look at young children’s screen time, WHO’s guidelines and tips for adults on how to limit kids’ screen time.

Time: Kids age 8 and under spend an average of 2 hours and 19 minutes a day with screen media — including 58 minutes of TV and 48 minutes of mobile — according to a 2017 study by Common Sense, a think tank devoted to kids, families and educators.

That study also found that 67 percent of parents of children who use media say it helps their kids’ learning.

There is a basis for that view.

“By age 2, children can benefit from some types of screen time, such as programming with music, movement and stories,” says the Mayo Clinic. “By watching together, you can help your child understand what he or she is seeing and apply it in real life.”

Risk: Too much time spent on gaming, smartphones and watching television is linked to heightened levels and diagnoses of anxiety or depression in children as young as age 2, says a 2018 study by Jean Twenge, a psychology professor at San Diego State University, and Keith Campbell, a psychology professor at the University of Georgia, whose specialties include brain sciences.

Among preschoolers, high users of screens were twice as likely to often lose their temper and 46 percent were more likely to be unable to calm down when excited, the study found.

Too much or poor quality screen time has been linked to obesity, poor sleep, loss of social skills and violence, says Mayo.

Globally, more than 41 million children under 5 are overweight or obese, and their ranks have been swelling at an alarming rate, according to WHO.

Here are the World Health Organization recommendations for young children:

1-year-olds: Sedentary screen time (such as watching TV or videos, playing computer games) is not recommended.

2 to 4 years: Sedentary screen time should be no more than 1 hour; less is better.

“Young children should have opportunities to participate in a range of developmentally appropriate, safe, enjoyable play-based physical activities,” the guidelines say. “The quality of sedentary time matters and interactive non-screen based activities, such as reading, storytelling, singing and puzzles are important for social and cognitive development as well as recreation and relaxation.”

WHO is on solid ground when it comes to under-5 children, according to Dr. David Hill, a pediatrician and adjunct assistant professor of pediatrics at the University of North Carolina School of Medicine.

“There is very robust science suggesting that excess screen time, especially for young children, is detrimental to language development and, to some extent, the development of interpersonal skills,” he tells Early Learning Nation.

“The reason is that kids that age are wired to learn from the people around them. When they’re in front of a screen, they’re not interacting with others, especially their parents.”

Here are tips on limiting children’s screen time, from Hill, Brown, Mayo and the American Academy of Pediatrics:

“As tempting as that is, it is also depriving the child of an opportunity to learn different methods of self-regulation,” Hill says.