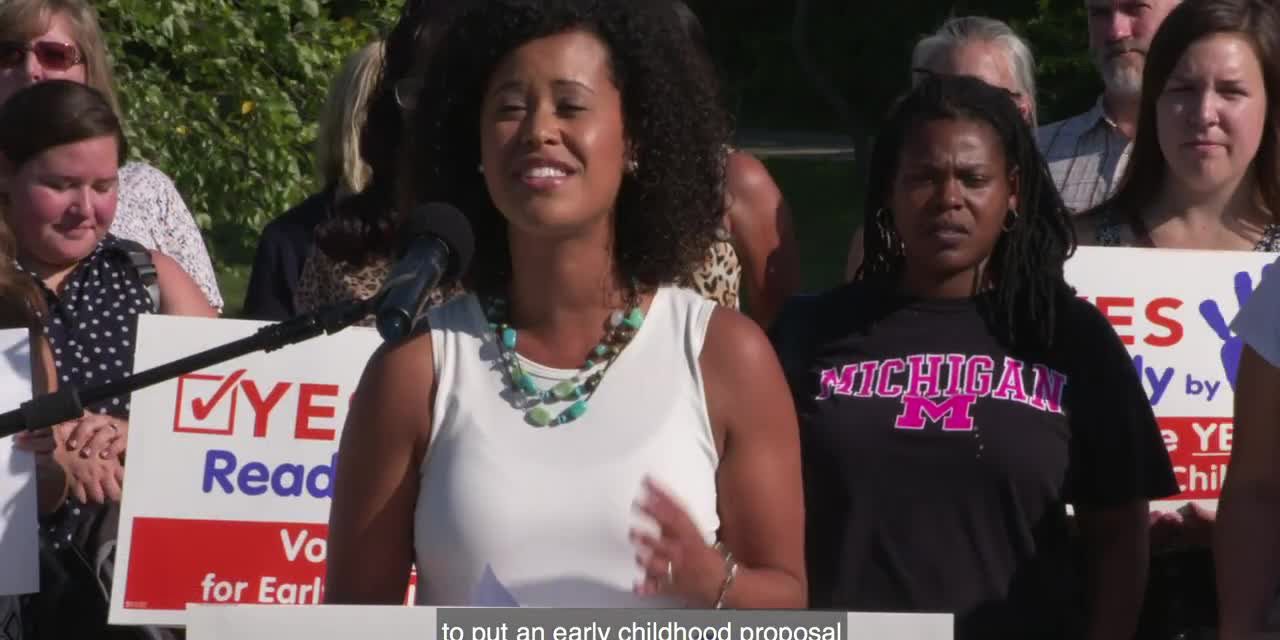 In three of the last four presidential elections, most voters in Kent County, Michigan, cast their ballots for the Republican nominee — including for Donald Trump, in 2016.

But last November, voters in and around Grand Rapids, Michigan’s second-largest city (population 200,000), made Kent County the first county in Michigan to approve a referendum that raises property taxes specifically for early childhood.

“We are thrilled that the voters of Kent County chose to invest more in supporting young children and their families. First Steps Kent not only does thoughtful and innovative work on behalf of the children of Kent County, but also helped to develop and pilot the Early Learning Community Action Guide to help other communities around the country strengthen their early childhood work. We know the additional investment the county is making now will benefit the children and families there now and for years to come.” — Cailin O’Connor, Senior Associate, Center for the Study of Social Policy
“One thing about Kent County, even though it’s known as being a conservative community that is reluctant to raise taxes, they really are generous to children and families,” Valdez tells ELN. “So, there’s a lot of philanthropy here, there’s an openness and a willingness to help. And I really do think it was the business community that championed this (referendum).”

Strategy was important in the campaign, Valdez says.

“There were two big messages and we stuck to keeping it very simple,” she recalls. “One was that we were supporting parents, not replacing them, because a lot of voters want to say, ‘That’s a parent’s job’ or, ‘parents should be doing it.’ We were just trying to get parents resources and support.

“And a tremendous help with the business community,” Valdez adds, “was all the brain research and the return on investment for business messaging. You’re going to invest early, but children are going to be successful in school and you’re going to get a viable workforce by doing that.”

Hiring a firm with political expertise was critical, as well, according to Valdez

“If you’re able to do that, I would highly recommend it because we’re just regular folks, politics isn’t our thing, and most people who are working in nonprofits are not going to know politics like a political firm would,” she says. “So, even though it’s a big commitment and it can be expensive, a firm is really going to give you that ability to narrow down your messages to get into the minds of voters and to understand your community better.”

First Steps Kent manages the funds. But members of the nonprofit, along with elected members of the Kent County Commission and community members decide which agencies will receive funds. Officials have begun allocating what is expected to be $34 million over six years.

They are to be spent for the health, well-being and school readiness of children under age 5 — services such as home visiting, play and learn groups, and developmental screening.

The first round of funding, done last month, is for $2.4 million over two years to four organizations for navigation and outreach efforts. The money is to be used to connect families to programs that improve the health and school readiness of young children. The recipients include three nonprofits and a regional school agency that serves school districts.

First Steps Kent is now accepting applications for the second round of funding, some $5 million, which will be allocated to agencies that do home visits, teach age-appropriate activities to child care providers, test for things such as lead in homes, and provide parental coaching.

“We’re going into territory that hasn’t been touched before, because it’s innovative systems thinking, and that’s very tough to do unless you have buy-in from the community that you live in,” Valdez says. “It does feel like we’re pioneers.”

The following lessons have been created from a March 2019 report by the Center for the Study of Social Policy, which works to “create a fair and just society in which all children and families thrive”; and the National Collaborative for Infants and Toddlers, which supports policies and programs for children up to age 3.

Webinar: How funding for early childhood was won in Kent County, Mich., and Palm Beach, Fla.

Video: Why businesses should invest in Early Education with Dr. Sara Watson.

Video: The economics benefits of Early Learning with Scott McCain