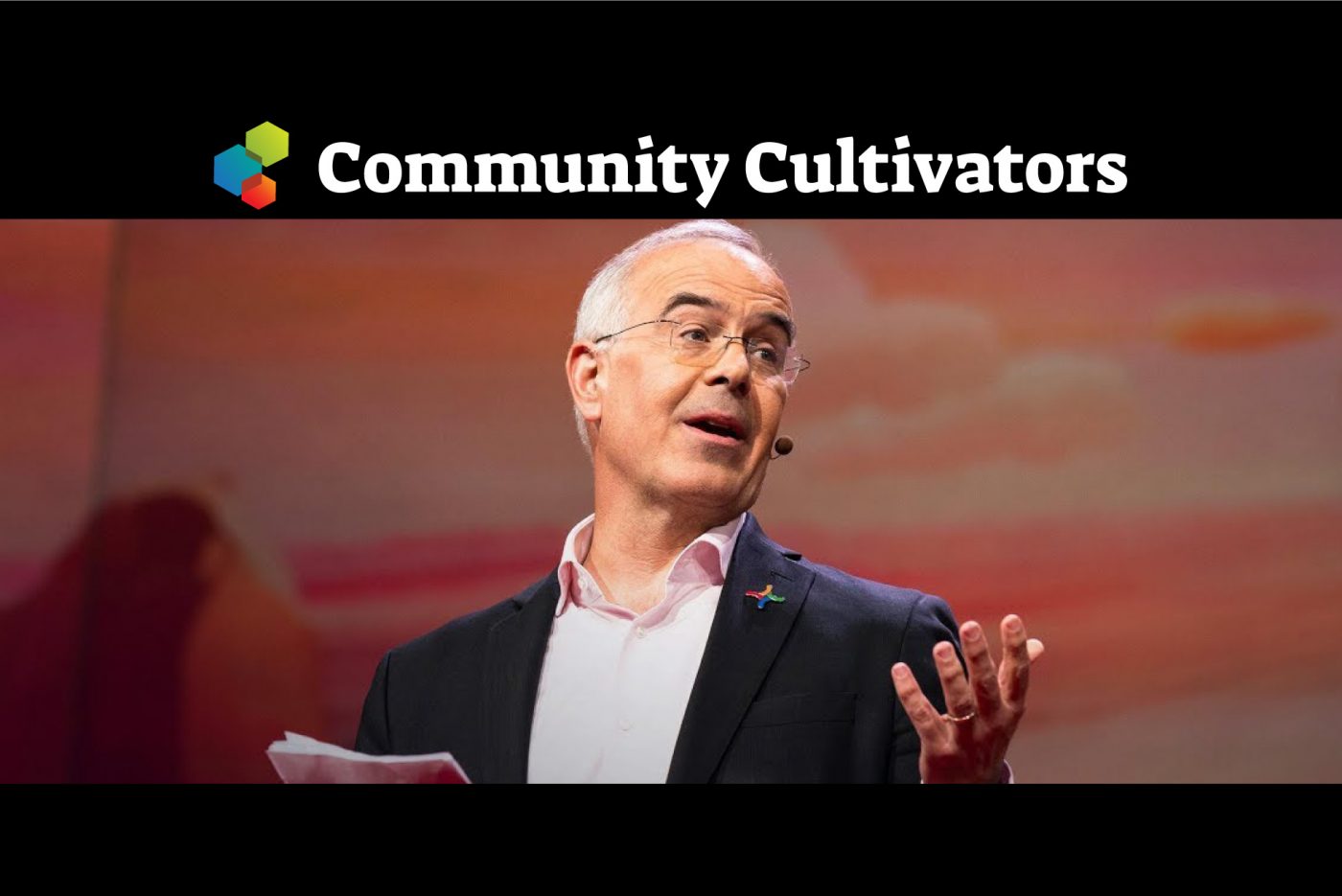 From where David Brooks stands, the State of the Union is a long, long way from sound. The author and longtime New York Times columnist notes disturbing increases in suicide, depression, political polarization, opioid overdoses and mass shootings. They are all symptoms of what he sees as the underlying cause: “We are experiencing an epic level of alienation,” he says.

The national crisis of the past few years coincided with a personal crisis that found the newly divorced Brooks questioning the value of what he does to earn a living. Merely writing about the crisis—either one of them—didn’t feel like an adequate response, which is why he teamed up with the Aspen Institute earlier this year to launch Weave: The Social Fabric Project. Now, he and his colleagues travel from town to town, where they ask one question: Who’s trusted?

The people they’ve encountered along their journey are known as Weavers. “Most are very normal,” Brooks says. “They’re nothing like Mother Teresa.” He mentions such enterprises as:

…as well as AOKDC, a teen education and empowerment organization, which Brooks credits for his own awakening to the power of civic involvement. The Weave website presents videos showcasing these and other examples. What do they have in common? “Weavers are geniuses at forming relationships,” Brooks answers.

Brooks found that Weavers are hungry to meet people like themselves, and they need support to make the transition from a single-person operation to a full-fledged nonprofit. As he wrote in a February New York Times column, “This is a movement that doesn’t know it’s a movement.” Teachers are weavers, too, and that’s why Brooks and his team are planning a Weavers in Schools initiative.

Weavers operate at the local level. Repairing the culture is something that happens in laundromats and church basements, restaurants and fitness clubs. Brooks hopes that celebrating their work will spark a national movement that will shift cultural norms and, ultimately, hopefully, repair society. Weave facilitates appearances on TED Talks, SXSW, NPR and other forums in the hopes of inspiring more people to initiate projects of their own. A documentary is in the works.

Brooks is not the only one who’s noticed something rotten in our national discourse. (This might be a good time to mention that our conversation took place a few blocks from the White House.) He applauds all the many one-off and ongoing efforts people have told him about dedicated to dialogue, including dinner parties that bring conservatives and liberals together. Deborah and James Fallows are on a similar journey, for example, with Our Towns, which identifies an “emerging pattern of American reinvention.” Brooks says Weave’s focus is emotional and moral rather than legislative, though he notes that public libraries are a venue that both campaigns have found to be fertile.

“Instead, parents just have to be good enough. They have to provide their kids with stable and predictable rhythms. They need to be able to fall in tune with their kids’ needs, combining warmth and discipline. They need to establish the secure emotional bonds that kids can fall back upon in the face of stress. They need to be there to provide living examples of how to cope with the problems of the world so that their children can develop unconscious models in their heads.” ― David Brooks, The Social Animal: The Hidden Sources of Love, Character, and Achievement

“Politics is downstream from culture,” Brooks theorizes. One thing he’s certain about: There isn’t an app for this. The solution is not technological. Technology is efficient, but smart phones and their ilk preclude deep communication, upholding instead the opposite: ego, status, comparing what you have or do with others. “It’s no coincidence that every Weaver limits technology,” he says. AOKDC, for example, forbids phones at the dinner table.

Brooks views Weave as a means of activating one of the most promising levers available to bring people together. “Marriage rates are declining,” he says, “Religious affiliation is waning, but civic organizations are growing.”

The Weavers represent a homespun (so to speak) solution to national and global social divides. Brooks has spent much of his career analyzing how conservatives and progressives approach problems. Conservatives, he says, aim to fix the system by building up marriage, while progressives’ solution has been to “create a village.”  Brooks finds value in both approaches, though he finds the latter a little more persuasive.

Traveling the country in search of Weavers has exposed Brooks to amounts of trauma and heartbreak beyond what he anticipated. Overdoses. Repeated incarceration. Gun violence. One persistent evil has been what he calls “male cruelty,” in the form of abuse and abandonment. These experiences have confirmed Brooks’ belief in the theories of British Psychiatrist John Bowlby (1907-1990), pioneer of attachment theory and author of A Secure Base: Parent-Child Attachment and Healthy Human Development, which affirms: “The provision by both parents of a secure base from which a child or an adolescent can make sorties into the outside world and to which he can return knowing for sure that he will be welcomed when he gets there, nourished physically and emotionally, comforted if distressed, reassured if frightened.” (Brooks disputes the “both parents” part. “It just has to be one person,” he says. “Usually, it’s mom.”)

According to Brooks, becoming a weaver doesn’t require an advanced degree or a super power. “You just have to know someone deeply and extend care.”