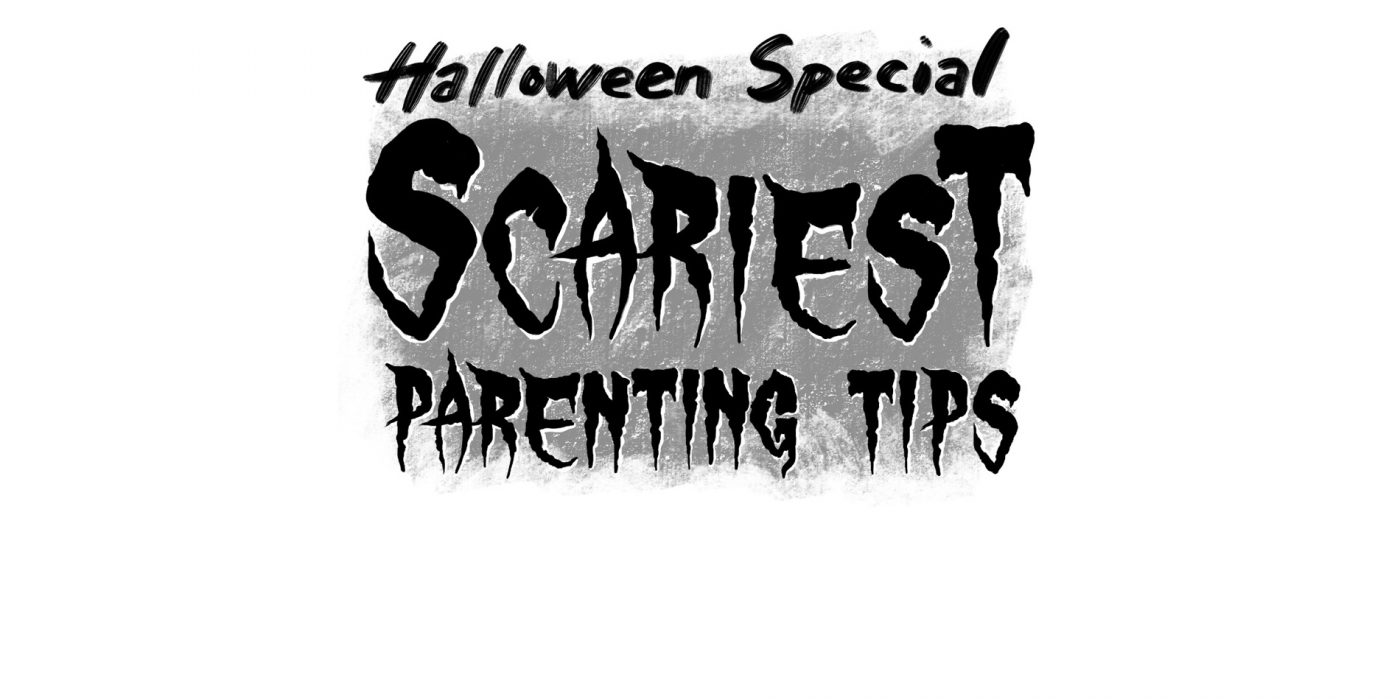 It’s the ghoulish season, when candy-crazed miniature unicorns, ninjas and mini-Hamiltons in tricorne hats roam suburban streets and the corridors of apartment buildings, so this seems like an appropriate time to list some misguided, debunked and downright horror-inducing pieces of advice for the education and betterment of young children. Some are centuries old. Some, alas, are still in circulation.

What are some of your favorites—that is, least favorites? What current early-childhood “best practices” will one day be relegated to the junk heap? Share them on social media using #ScaryEarlyLearning. 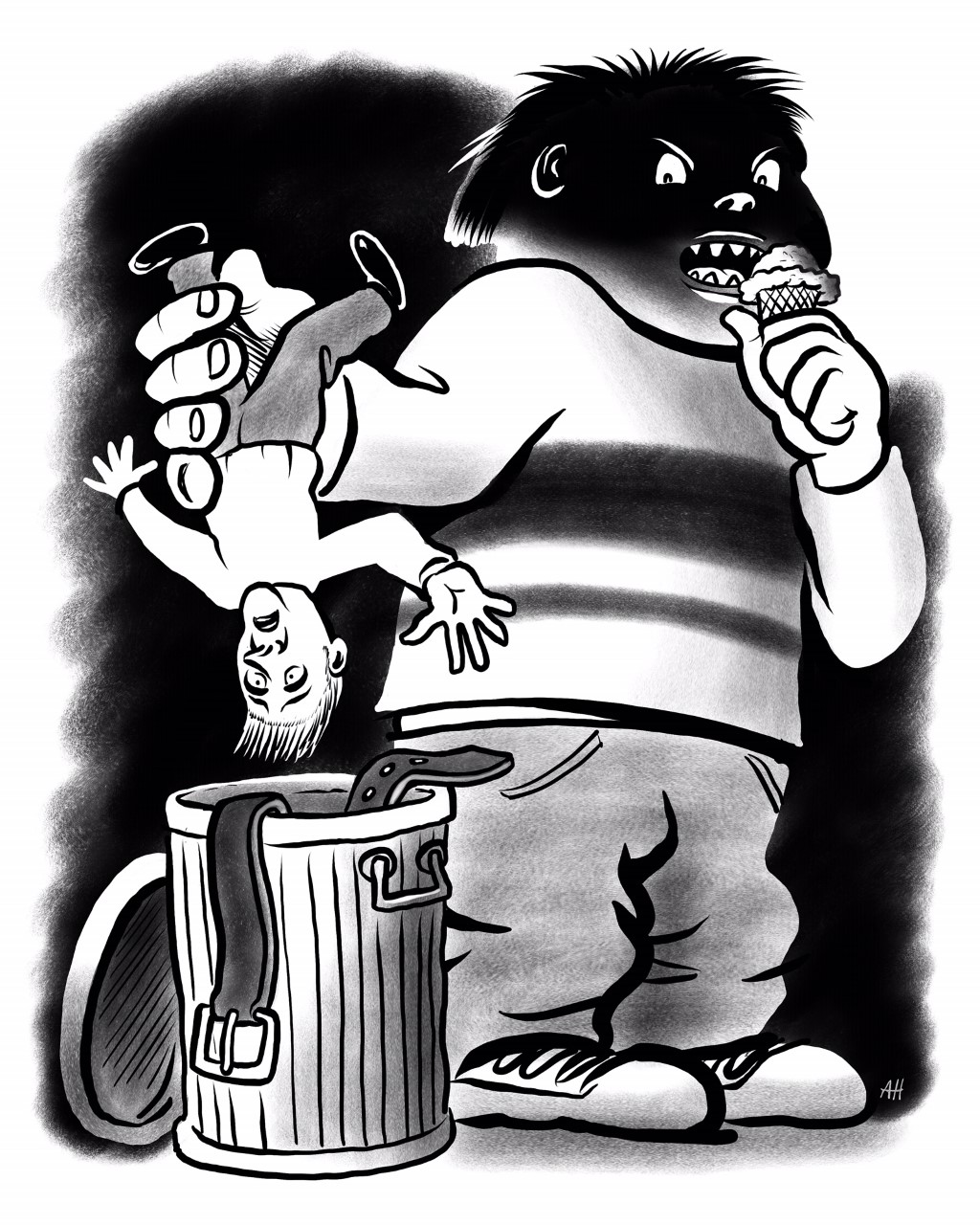 1. Spare the rod, spoil the child. In other words, if you don’t whack the kid, she’ll grow up to think she can do whatever she wants. A 2005 letter to the editor of The Chicago Tribune clarifies that the phrase is not biblical, as is often thought, but instead originates with Samuel Butler’s 17th-century play Hudibras:

If matrimony and hanging go
By dest’ny, why not whipping too?
What med’cine else can cure the fits
Of lovers when they lose their wits?
Love is a boy, by poets styl’d
Then spare the rod, and spoil the child.

On the contrary: The American Academy of Pediatrics Says Spanking Harms Children

2. Children should be seen and not heard. This bit of wisdom dates back to the 15th century, when it read as Hyt ys old Englysch sawe: A mayde schuld be seen, but not herd. Notice that it applied to female children.

On the contrary: For example: family meals. “Dinnertime is a time of respite from the hustle-bustle of everyday life. Your family can review the day that’s passed and plan for the day that’s coming. By listening to what children have to say, you are saying, ‘I value what you do; I respect who you are and what you’re doing; what you do is important to me.’”—Stanford Children’s Health . And if dinnertime doesn’t work, finding time on a regular basis to create important new family traditions.

3. Boys will be boys. Speaking of obsolete gender roles, this nugget has been invoked to justify behavior ranging from playground shoving to date rape.

On the contrary: “In many ways, our society has already abandoned many of its more traditional ideas about gender—for example, we’ve accepted that women can be scientists and men can be nurses, moving away from the idea that certain behaviors, skills and abilities are associated only with certain genders. But current thinking on gender goes further; it lets go of the idea that gender assigned at birth, gender identity and gender expression must align and must stay the same over time.” —Tate and the Pink Coat: Exploring Gender and Enacting Anti-Bias Principles (NAEYC, 2019)

4. Don’t give them fresh fruits and vegetables. According to Ungovernable (2019), Therese Oneill’s history of Victorian parenting, the preferred diet for young children included delicacies that went by the name of mush, mucilage, porridge, pablum, gruel and loblolly. Parents in Ungovernable also administer turpentine, strychnine and ground tin when necessary. 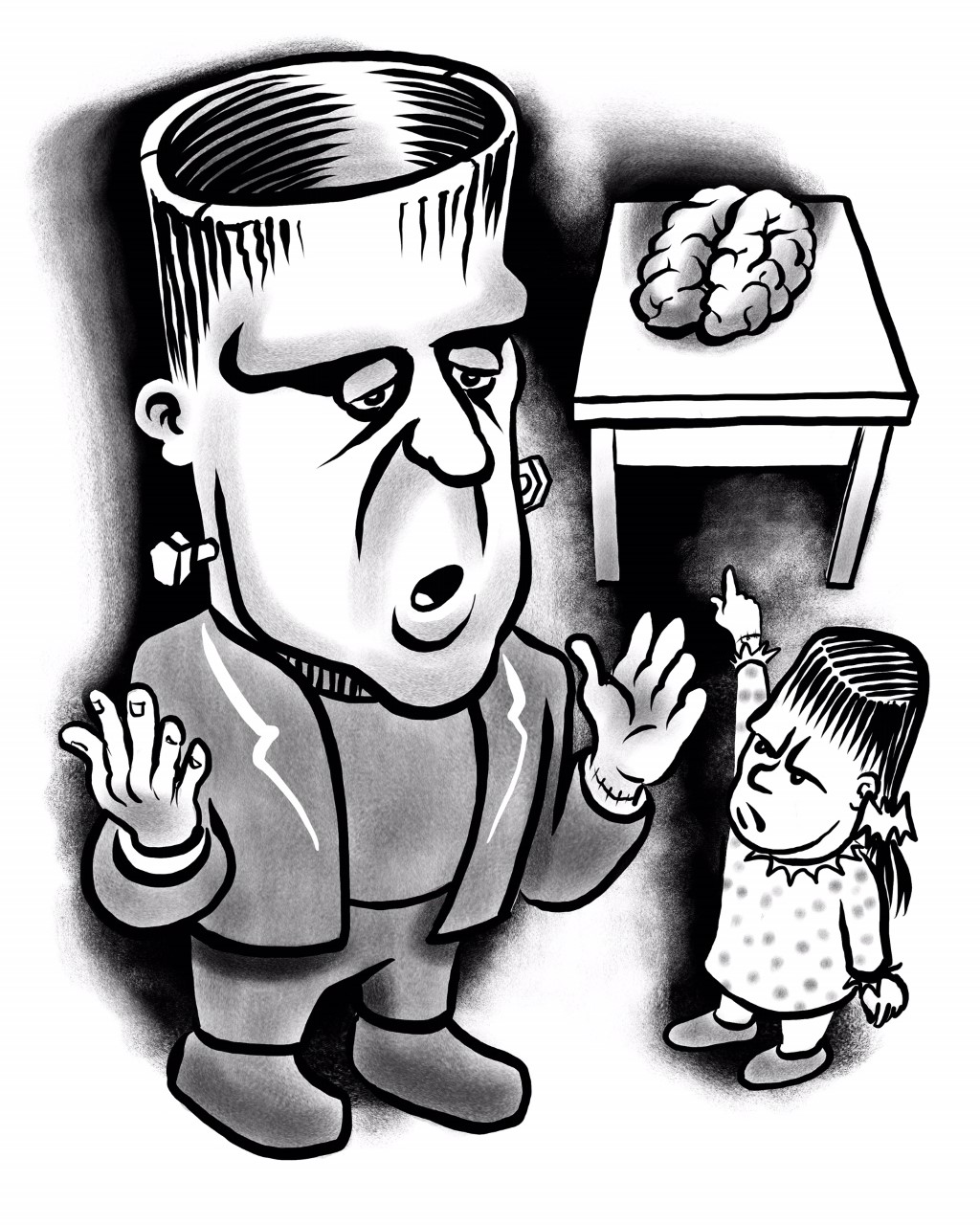 On the contrary: Children need a balanced diet of veggies, fruits, whole grains and healthy proteins that offer variety and flavor. Check out this “Kids Healthy Eating Plate,” resource from Harvard’s T.H. Chan School of Public Health designed to get kids eating well and moving.

5. Don’t let them anywhere near their thumbs. According to the 1907 edition of Emmett Holt’s popular The Care and Feeding of Children: A Catechism for the Use of Mothers and Children’s Nurses, “Sucking of the hands may often be controlled by wearing mittens or fastening the hands to the sides during sleep. In more obstinate cases it may be necessary to confine the elbow by small pasteboard splints to prevent the child from bending the arm so as to get the hand to the mouth.”

On the contrary: “Does your baby suck his thumb? Don’t worry. This habit is very common, and has a soothing and calming effect. All infants are born with the need to suck. Some infants even start sucking their thumbs in the womb. The only time it might cause concern is if it affects the shape of your child’s mouth or teeth, or goes on beyond five years of age.” —The American Academy of Pediatrics

6. Hands off! “Treat children as though they were young adults. Dress them, bathe them with care and circumspection. Let your behavior always be objective and kindly firm. Never hug and kiss them, never let them sit on your lap. If you must, kiss them once on the forehead when they say goodnight. Shake hands with them in the morning. Give them a pat on the head if they have made an extraordinary good job of a difficult task.” —John Broadus Watson, Psychological Care of Infant and Child (1928)

On the contrary, the Harvard Center on the Developing Child contends: “A major active ingredient in this developmental process is the serve-and-return interaction between children and their parents and with other caregivers in the family or community. When an infant or young child babbles, gestures or cries, and an adult responds appropriately with eye contact, words or a hug, neural connections are built and strengthened in the child’s brain. Given the foundational importance of the first few years of life, the need for responsive relationships in a variety of settings, starting in infancy, cannot be overstated.”

7. “Parents today are incompetent.” John Watson, again. These words of encouragement came from the wonderfully titled “If You’re a Failure—Change Your Personality” (1928). He continues, “Most of them should be indicted for psychological murder.”

On the contrary, most parents have the skills to parent. As T. Berry Brazelton writes in his classic Touchpoints: Birth to Three (1992): “Learning to parent is made up of learning from mistakes — as well as from successes: Parenting is a process of trial and error.” 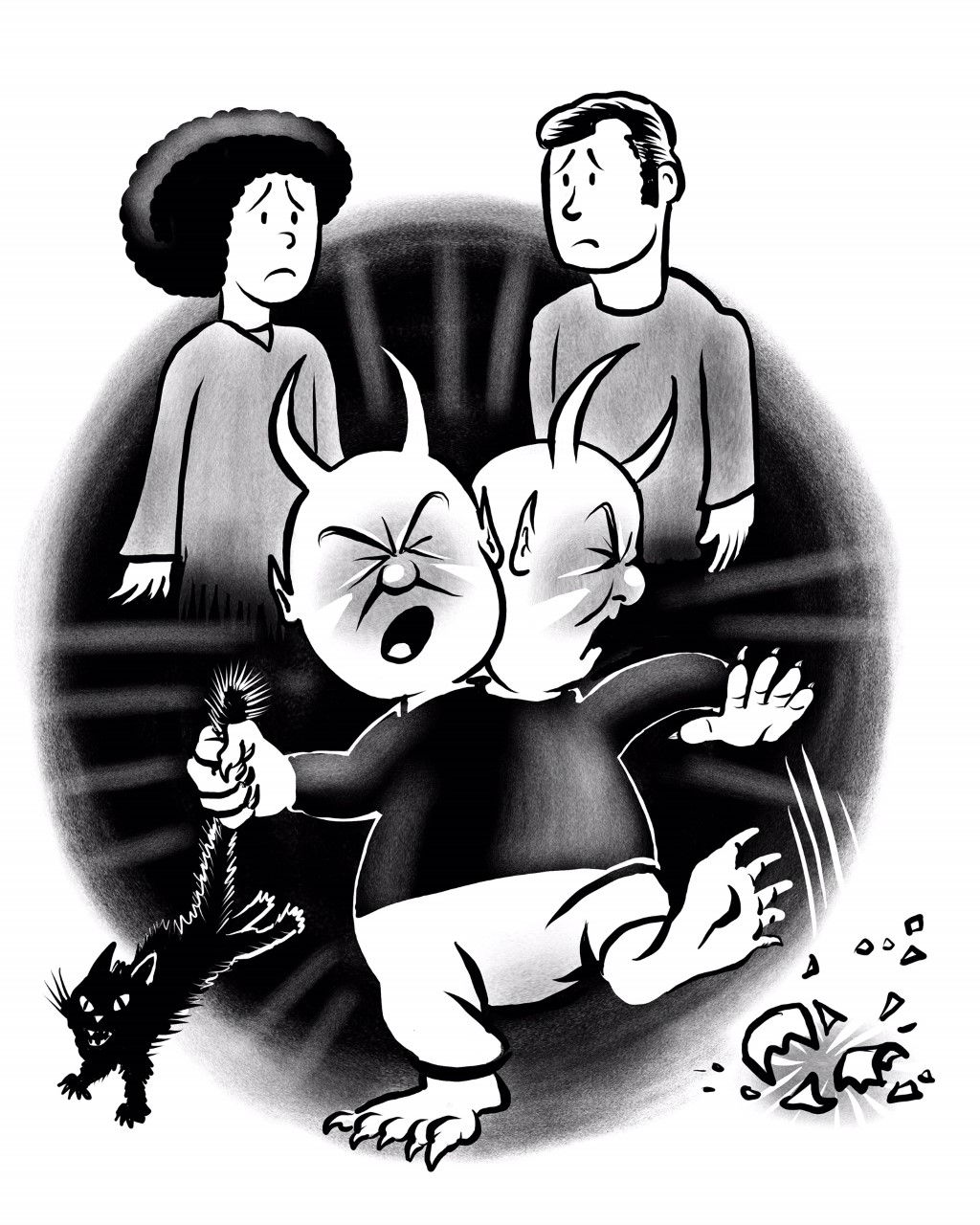 8. Beware the terrible two’s. If your two-year-old is crying in public, you can guarantee that someone will raise the specter of this scary—and imaginary—phase.

On the contrary: “There is a new understanding that tantrums, oppositionalism and negativism are not a sign that the child is terrible or that the child’s age is terrible,” according to Alicia F. Lieberman, author of The Emotional Life of the Toddler. “It’s a sign that the ability of the child to think through a situation has collapsed because of overwhelming feelings of fear and frustration that dysregulates their emotional composure.” Others in the field say it’s time to retire the term “terrible twos” altogether. Read more in this Atlantic piece.

9. 90% of a child’s brain develops by age 5. In other words, by the time they get to kindergarten, your job is done.

On the contrary: This tidbit is only true if you are talking about the size of the brain but not if you’re talking about brain development. According to a report by The National Academies of Science, Engineering and Medicine, “Adolescence is a particularly dynamic period of brain development, second only to infancy in the extent and significance of the neural changes that occur.”

10. Constantly tell children they are doing a good job. Well, that is what most people say to children these days.

On the contrary: Praise can work like a pacifier because children love compliments and it’s an easy way to placate them. And what do they learn from it? Ellen Galinsky, chief science officer at the Bezos Family Foundation, executive director of Mind in the Making and author of Mind in the Making, offers this advice: “Praise is best if it is very specific and if it relates to the strategies children are using so they can learn from the praise. In general, we shouldn’t praise our children’s attributes—but that doesn’t mean never. I plan to tell my children that they look great or are talented—but only every once in a while!” 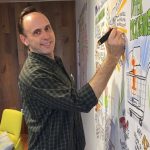 Illustrator Art Hondros received wrist-slappings for his cartooning activity in both high school and the US Navy. His sequential features have appeared in the Washington Post Sunday Magazine and Packingtown Review in Chicago. He produced a graphic novel based on a lost 1920s silent film in 2018. He is a member of the collective known as DC Conspiracy that publishes the free comics newspaper, Magic Bullet.