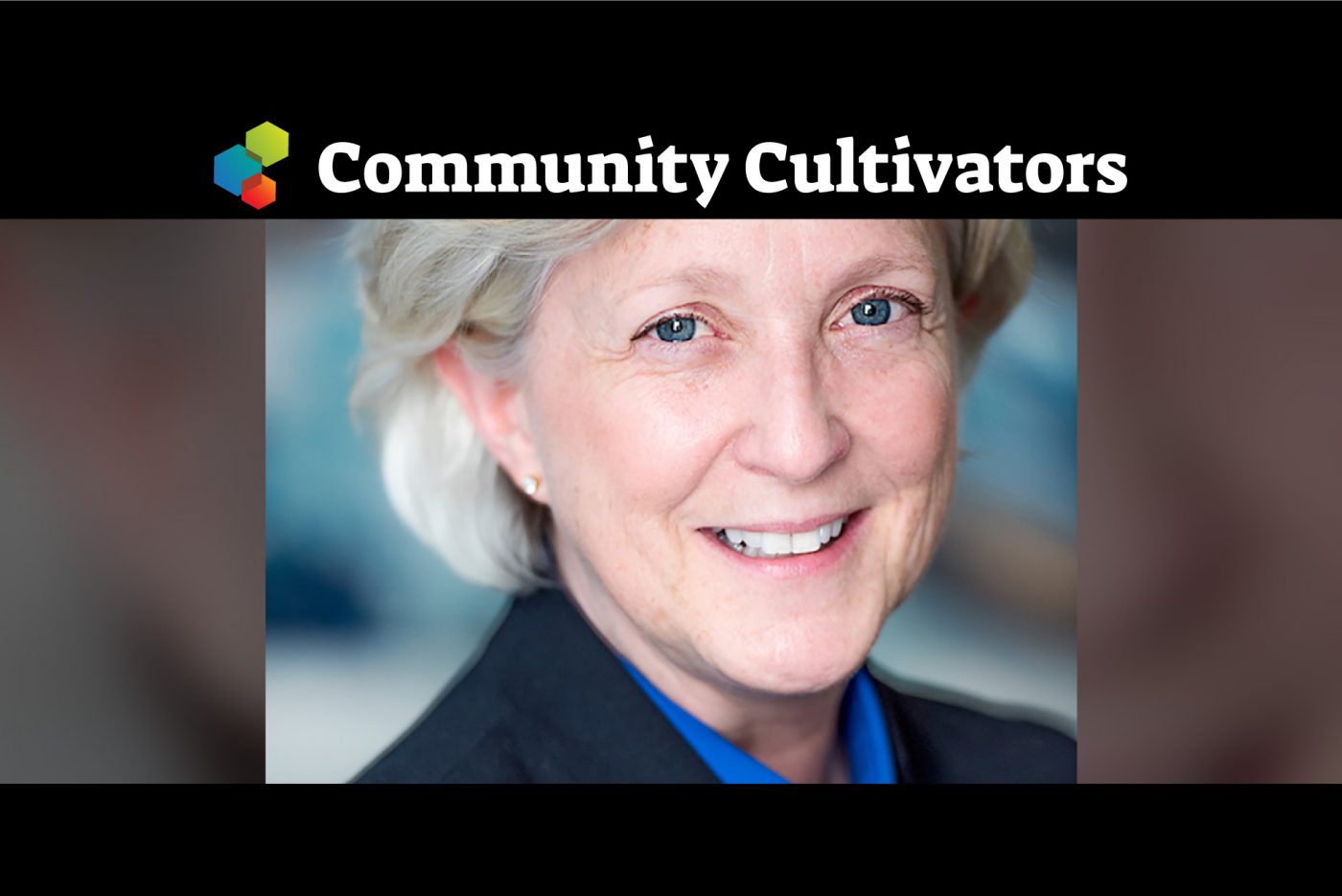 In the late 1980s, as Washington, D.C., endured the crack era, Kyle Zimmer felt compelled to do something to help her neighbors in need. As a young lawyer in a private firm, she thought she understood how to get stuff done. “If you didn’t know something, you figured out how to do it,” she recalls, but the enormity of the problem perplexed her.

Zimmer’s ensuing journey led away from corporate law and onto a decades-long pursuit of educational equity. As cofounder, president, and CEO of First Book, she has cultivated a community (hence her inclusion in this series) of educators on the frontlines of the fight for economic and educational justice. Her ingenuity and what she calls her “private-sector brain” came to be indispensable in supporting educators and advancing educational opportunities for all kids.

“I’m not a teacher,” she explains. “That’s not my gift. But I know that teachers have one of the most important jobs on the planet.”

Zimmer’s nonprofit career began with volunteering at a soup kitchen, Martha’s Table, which is now a major institution in the District, but back then it was a much smaller program. Kyle had been raised with the belief that education held the key for the children’s future success, so she began to investigate. She spent some afternoons walking around neighborhoods in DC, where she asked to visit local classrooms and was simultaneously encouraged by the commitment of the teachers and shocked at the general lack of books.

With two friends, Elizabeth Arky and Peter Gold, Zimmer created a business model that allowed publishers to contribute the millions of books that become unsold inventory each year. Publishers embraced the plan to place these books in the hands of those who could most benefit from them. By using business models to aggregate the community of educators and create a market-driven approach, a social enterprise was born. 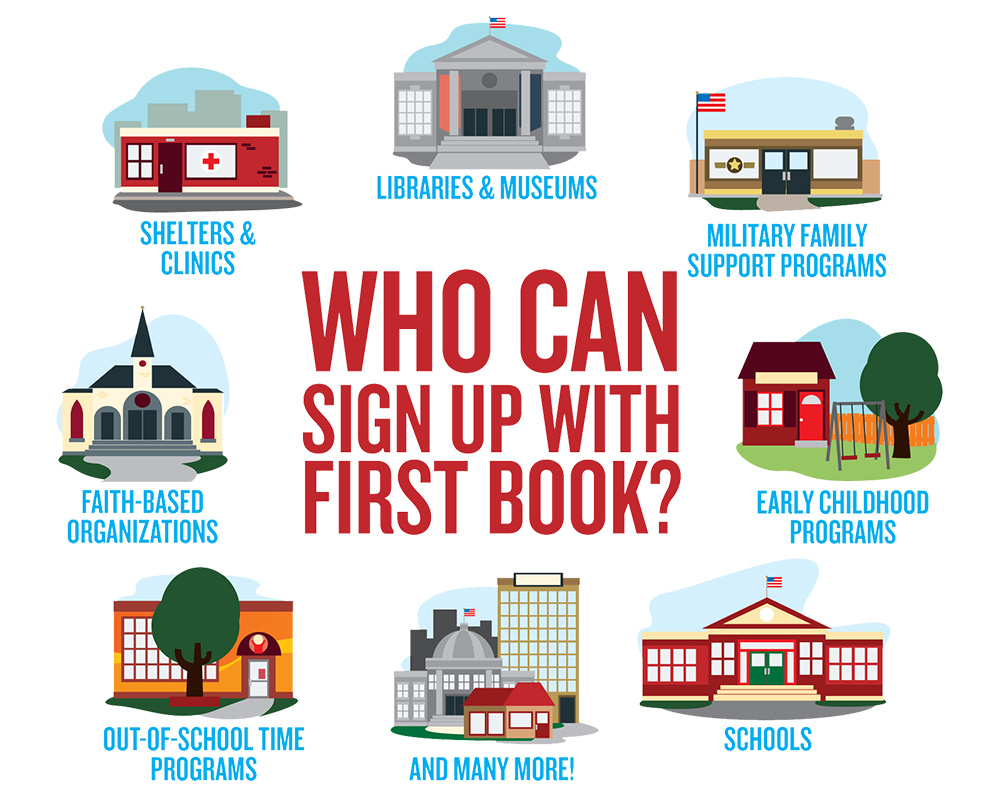 The seeds of First Book, however, were planted during Zimmer’s childhood in southeast Ohio, on the edge of Appalachia. The youngest of five, she grew up surrounded by books in a household that, most unusually for that part of the world at that time, subscribed to The New York Times.

“My mother had very definite ideas about how to be prepared for the bigger world,” Zimmer says. For example, each of the children was subjected to a dinner-party gauntlet: upon being served two fresh oysters, the expectation was that they would eat them both and say, sincerely, “Well, that’s interesting.” 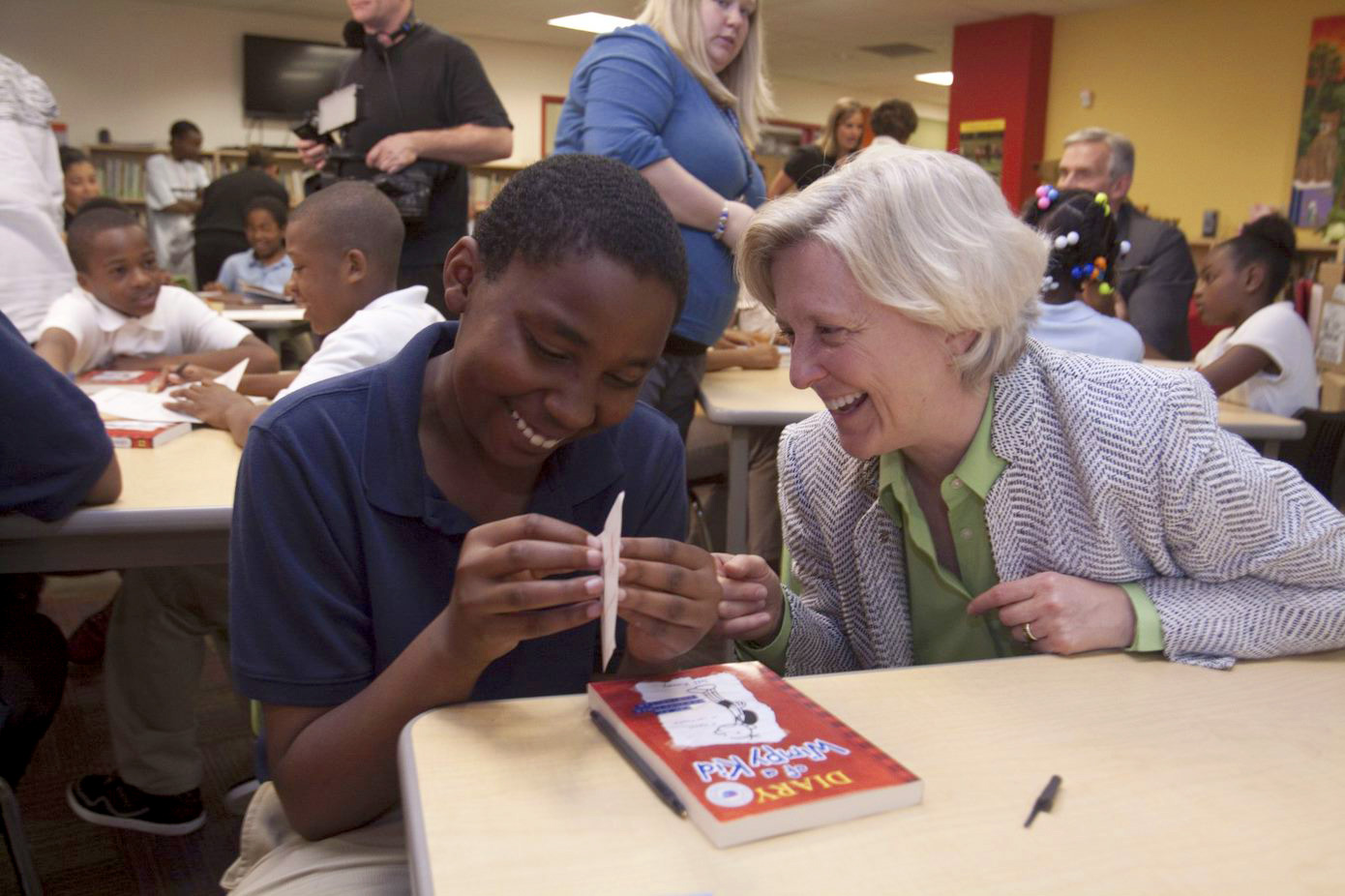 An activist as well as an etiquette taskmistress, Zimmer’s mother took her to a union hall for a meeting when the Equal Rights Amendment was up for a vote. A group of anti-ERA activists with cameras—for vaguely intimidating purposes—confronted them at the door. Instead of hiding her face, Zimmer’s mother directly engaged the men and insisted they take a “family portrait.”

“That fierce belief in social justice made a major impression on me,” says Zimmer. “Her convictions ran deep and she was not ever going to be intimidated.” (The State of Ohio ratified the ERA in 1974, but it was one of only 35 to do so instead of the necessary 38; read more.)

Over the years, the allergy to injustice that Zimmer inherited has intensified, along with the willingness to take action. She still finds it incomprehensible that teachers spend about $500 a year of their own money on classroom supplies. “No other profession does that!” she laments. “Imagine a mechanic who’s expected to stop off at AutoZone to pay for parts out of his own pocket on the way to the garage.”

Of course, equal access to education is about more than books, and that’s why First Book keeps expanding, but books do matter. Life trajectories are unmistakably higher for children who grow up surrounded by them. Study after study confirms this insight.

At this point, if you haven’t heard of First Book, or even if you have, you might be wondering: Even if publishers love books and readers, why would they agree to give product away? Aren’t they concerned about the potential lost customers and profit? The answer lies in another fact about publishing that most people don’t realize: Because of the cost of publishing books, the book industry primarily serves the upper 5 to 10 percent of our society—mostly white people in predominantly upper-class neighborhoods.

To address this challenge, First Book built a new model—one that focuses on purchasing books for the educators they serve.

Along the way, First Book has helped support the development of more diverse and relevant books and content—which are critical to help inspire a connection and love of reading for children in low-income communities, who need to see characters that look like them in the pages of books. First Book’s efforts to drive access to diverse titles helps reduce the risk for publishers. 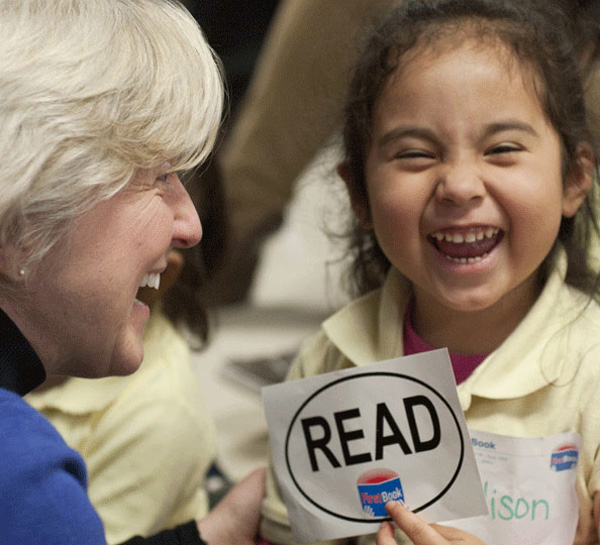 “If we buy 10,000 copies of a title,” Zimmer says, “that’s a big deal,” and that purchase can help publishers expand their print run to bring the same book to the retail market. For example, when educators in the First Book community said that they needed a bilingual edition of Eric Carle’s The Very Hungry Caterpillar, First Book worked with the publisher to create a bilingual edition that had never existed before—and it is now also available to retail consumers.

First Book’s online community consists of 450,000 educators at schools and programs of all sizes—and it’s growing by 1,000 every week. It’s free to join. The only requirement is that 70 percent of the children and families they serve must be low income. “Each educator who is part of the First Book Network not only has access to best-in-class resources—available to them for free or at the lowest prices possible, but they also add their voice to shape and drive the development of new resources they need for the children they serve,” says Zimmer.

First Book has grown to consist of three models:

What’s next for First Book? That depends on the members. “This entire organization is built on their feedback,” Zimmer says.

These titles earned fives stars from educators in the First Book Network: