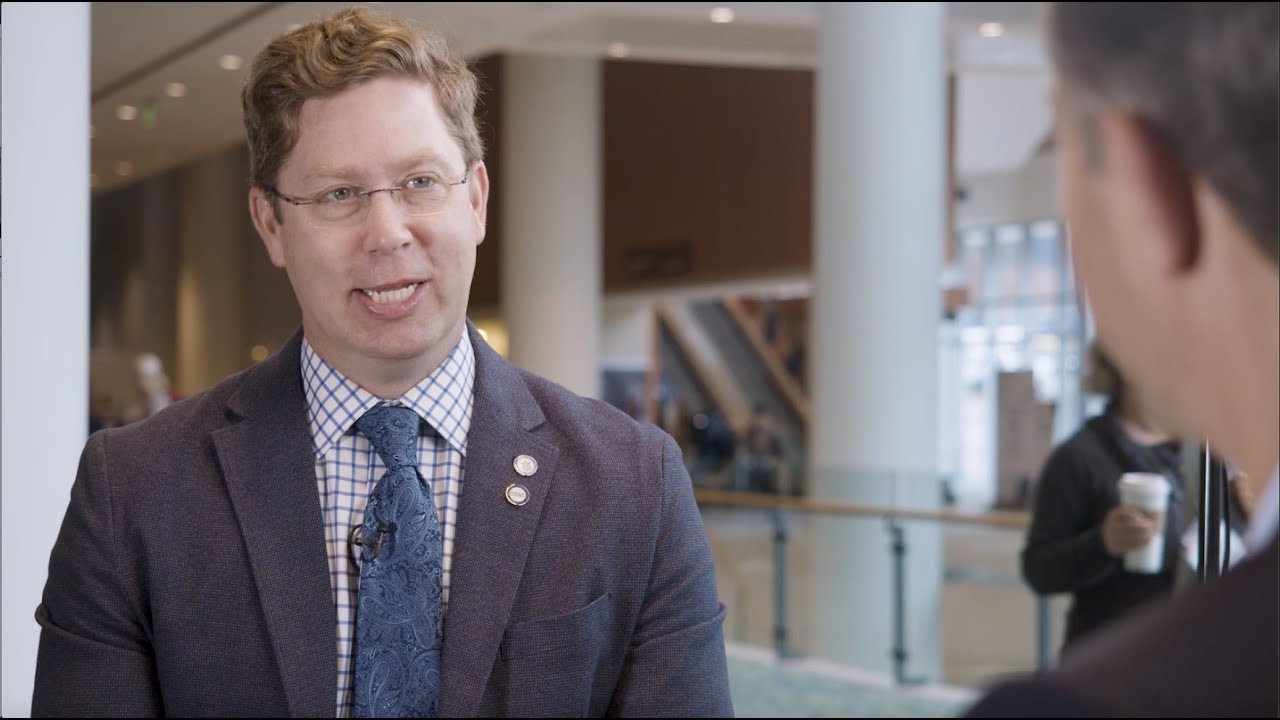 Edward Manuszak wears many hats, but the two most important are Superintendent of Dundee (MI) Community Schools and as the AASA Early Learning Cohort Co-Chair. In both roles, he works to deliver excellent learning opportunities. So why is Manuszak among the first to say that “Early Childhood Matters Most?”

Edward Manuszak:        Thank you very much for having me.

Chris Riback:                 I get to talk to you regarding two of your roles. You are Superintendent of Dundee community schools, which is part of Monroe County, Michigan, correct?

Chris Riback:                 And you’re also co-chair of the early learning cohort of the School Superintendent’s Association, the AASA. Now a lot of folks might think of those as totally separate roles, but my guess is that you see them as different offshoots of your same personal mission.

Edward Manuszak:        You’re absolutely correct. When I am a superintendent of a local school district, I obviously am living and breathing what my colleagues around the nation do. Everything from dealing with personnel issue items and then also being able to take care of balancing the budget, but then the thread that kind of weaves it all together is the fact that I have this passion, it’s really a calling to make differences for kids and for especially early childhood education.

Edward Manuszak:        Being a former kindergarten and first grade teacher, I still really see myself as teacher in chief, not just a superintendent. I really appreciate the idea that on a local level I can be there to make an impact for my students in my district. But then my scope and sphere of influence in the role as the co-chair of a national committee of superintendents is much broader because as that co-chair, I am doing work that has influenced over 50 million public school students and the scope of the entire nation. It’s really gratifying.

Edward Manuszak:        Yes, it does. In fact, two years ago we had a work session at our National Superintendent’s Conference, which was actually in Nashville where we are right now. And it took us two hours to come up and wordsmith those four words together. We had a group, a national group of superintendents and other individuals pulled together and it took us two hours to get early childhood matters most down pat.

Edward Manuszak:        Absolutely. Dundee community schools, we are located in the Northwest corner of Monroe County. We are a rural community. We’re a growing district so we’ve actually added about 300 students over the last three years since I’ve been there. This is my fourth year in the district and we have just over 1,800 total students. It is just this phenomenal haven for families and children where we really do value every child that comes into our district. I know two weeks ago we had our national conference and the national cohort came and made a visit to our district.

Edward Manuszak:        We did. We had 40 superintendents that were all rural based superintendents came and they spoke to our staff and we held a work session where they came and observed our teachers in action and then gave us feedback on what we’re doing. It was a great experience all the way around.

Chris Riback:                 Are there particular challenges in early childhood education? Let’s focus there, that rural schools and rural districts face?

Edward Manuszak:        Retention. Retention of staff, finding staff, it is a major challenge for rural districts around the nation. And then of course the idea that because you’re rural doesn’t necessarily mean that you’re out of step. We are trying to do everything we can from a cutting edge standpoint. I think there is misinformation about how good rural schools really are because in the country, the majority of superintendents are superintendents of districts, almost three quarters are 2,500 students or less in the nation. There’s a lot more of those types of different districts out there than what we think.

Edward Manuszak:        It is a state funded four-year-old pre-K program that Michigan has now had for I think almost 10 years. And so we’ve been very fortunate as a state to offer this. In my district, we have that program. We also have Head Start. We also offer young fives and full day every day kindergarten. We really try and to make differences for our students and their families by offering such a wide array of services.

Chris Riback:                 First of all, wow. I looked it, that’s intense. Second, take me through the process. What drove the need? How did you develop it and perhaps most importantly for superintendents, districts out there, how can superintendents use it?

Edward Manuszak:        The tool was designed because I am a little bit of a unique superintendent that has a strong background in early childhood ed. A lot of my colleagues around the nation do not have a background in early childhood ed. They may have the ability to make decisions based on budget or based on information that someone else gives them, but they don’t have that finite detail of, okay, what’s going to make a difference for early learning and early childhood ed? This tool quantifies all of that on a systemic level and it gives them the resources because all of the resources are embedded within the tool. It measures from birth through age eight the readiness of your district and the idea of how am I going to have my organization ready to meet the needs of those children? Because it is no longer a case of schools, K-12 schools should not be referred to as K-12 schools. Really it’s P-20 meaning that from prenatal all the way through, when a student is 20. We are redefining schools as a hub.

Edward Manuszak:        And so by doing that work and using this national platform of being a co-chair on a national superintendent committee, we just thought this is the way that we can move the needle internally. And so we really worked hard and I got feedback from that group. But actually the idea of then being able to use like the NAYC, the National Association for the Education of Young Children, they’re going to help me publish this. AASA is going to co-brand it. I know that there’s going to be a book that’s coming that will tie it all together so there can be a true narrative about why it matters most.

Chris Riback:                 That is terrific. And it’s an impressive piece of work. When most of us were 18, we were struggling to figure out kind of how do we make sure to get out of bed in the morning and get to wherever we want to go and in time. It turns out at 18 you found your calling.

Edward Manuszak:        It is. It is very unique. I have a unique circumstance where I actually went to school thinking, and if you would have asked me as a 17 year old as myself, what did you want to do with your life? Pro football player. How’d that work out for me? Not very well. I went to college as an international business major, and I was a first generation college student in my family and so I had no idea. And so my mother-in-law is a big influence and she asked me to volunteer in her preschool. Within 15 minutes of having that opportunity I realized this was it. This is what I wanted to do for the rest of my life. And to have that luxury to say that I found what I wanted to do so early on in my life, I owe a debt of gratitude to her.

Edward Manuszak:        And then of course, I stand on the shoulders of many other people. Dr. Ena Shelley, retired Dean of the College of Ed, also was a huge mentor to me and is really a big influence in who I am today. I owe a lot to people that have done this before I have been here.

Chris Riback:                 Terrific. And I know that you added as well before we spoke, your wife, who introduced you to your mother-in-law. Just want to make sure that you’re covered here, because you know…

Edward Manuszak:        No, my wife is in the field of education herself. She’s a speech language pathologist and just an amazing person, but yes, it’s been a good journey thus far.

Edward Manuszak:        I appreciate it. Thank you very much, Chris.