Signs of Progress: What Families of Deaf Children Should Know 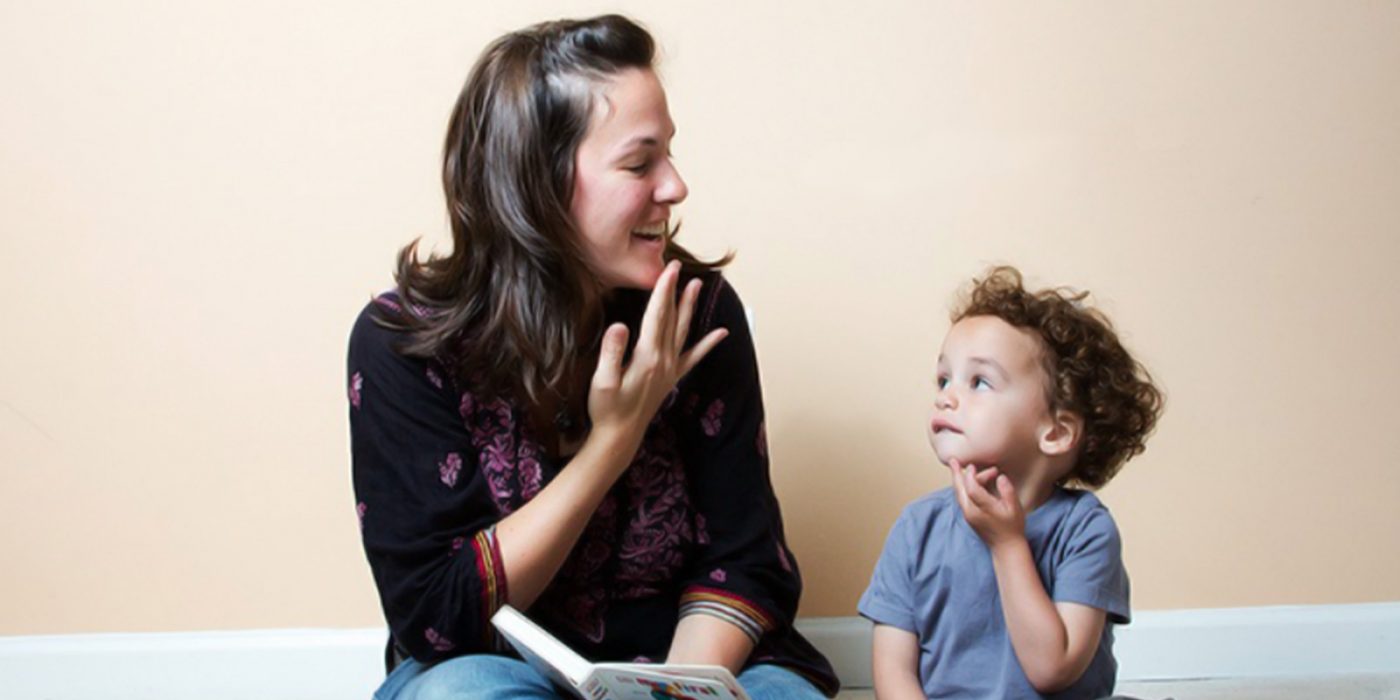 I see people signing all the time because I live in the Washington, D.C., area near the Red Line, which happens to stop near Gallaudet University. Students from the premier institution of higher learning for the deaf and hard of hearing are always having what seem like terribly fascinating conversations.

It made me wonder…. Everything we know about young brains points to the centrality of language. What does this reality means for deaf children? What’s the same or different about how they acquire words and connect them to their world?

“The language and communication environment of the family is a crucial variable affecting psychosocial wellbeing of deaf children. Deaf children who cannot make themselves understood in the family are four times more likely to be affected by mental health disorders than are those from families who successfully communicate, and they are victims of maltreatment at school. Deaf and hearing-impaired children from families in which early communication is good are likely to develop rich psychological resources and perceived quality of life.”

Lori Day and Donna Morere, both professors in Gallaudet’s psychology department, welcomed me to campus for a wide-ranging conversation on their research. Although I’d lived in the area for ten years, I had never visited Gallaudet, but I had recently read Oliver Sacks’s Seeing Voices: A Journey Into the World of the Deaf. The late neurologist book bracingly describes the Deaf President Now protests of 1988, during which the students nonviolently demanded a university president who came from their community.

“Deaf kids can be fine,” Morere assured me. “It’s not a tragedy, it’s a challenge.”

The professors highlighted some of the recent encouraging news for families. For one, neonatal screening is now mandatory, making detection more likely and earlier intervention possible. Every state has Early Hearing and Detection Intervention resources.

There’s also a growing awareness of the mental health needs of deaf children. While there is no such thing as “a deaf personality”—a 19th-century myth that persists in spite of the evidence—the deaf are twice as likely to have mental health issues.

“We are still coming to terms with the impact of growing up deaf,” Day explains. “The majority of deaf kids are born to hearing parents, making it likely that they won’t immediately have access to language at birth.” The effects of limited language —or deprivation—put deaf children at a great risk for mental health issues.

According to Morere and Day, 40 percent or more of deaf kids have an additional disability. That’s why it’s important to expand the pool of clinicians in cities as well as rural areas, says Morere, who was one of the original faculty members in Gallaudet’s Clinical Psychology program and who was one of Day’s first professors in the field.

Technological interventions are getting better all the time, not to give children hearing but to give them “access to sound,” in Morere’s words. The cochlear implant, a surgically implanted stimulus for the auditory nerve, originated in 1957, but the latest versions can be implanted earlier and provide a better range of sound. Such devices, however, require a lot of habilitation and are not successful for everyone.

Morere and Day acknowledge that deaf children and their families have their work cut out for them. “Deaf children often do not have the same access to incidental learning as hearing children,” Day says. “They may not be able to overhear adult conversations or news clips. And they often spend a lot of energy deciphering language, which can take up more cognitive resources.”

The professors emphasize that the Internet offers a multitude of resources for families. The American Society for Deaf Children advocates for American Sign Language (ASL), a true language, which Sacks calls “the equal of speech, lending itself equally to the rigorous and the poetic…indeed, with an ease that is sometimes greater than that of speech.”

Morere and Day emphasize that there are many different ways that families chose to communicate with their children. The National Cued Speech Association promotes “a visual communication system that uses eight handshapes in four different placements near the face in combination with the mouth movements of speech to make the sounds of spoken language look different from each other.” A.G. Bell Association for the Deaf & Heard of Hearing, named for the famous inventor, endorses “appropriate hearing technology to enable a child with hearing loss to develop language skills comparable to their hearing peers by the time they enter first grade.”

The concept of choice also animates the largest family-support community for deaf children, Hands & Voices, whose slogan is “What works for your child is what makes the choice right.”