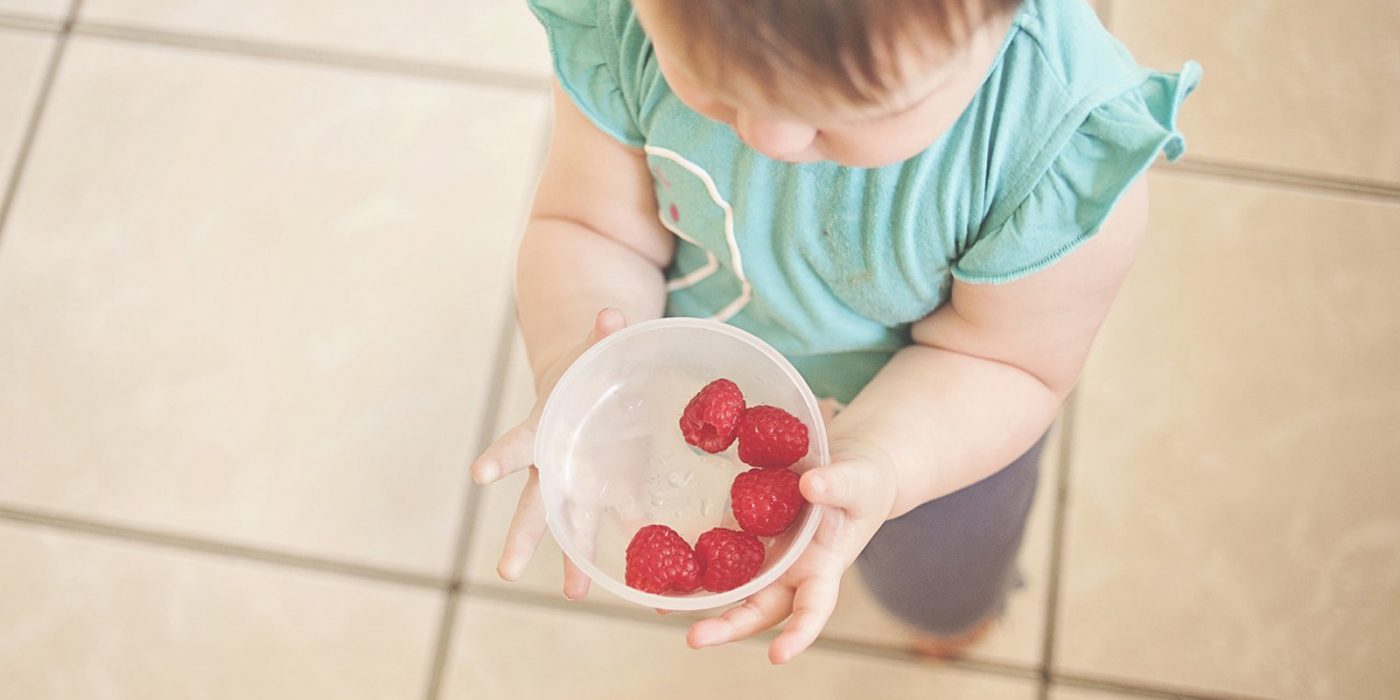 When Early Learning Nation came across a study titled “Altruistic Food Sharing Behavior by Human Infants after a Hunger Manipulation,” we just had to learn more. Researchers at University of Washington’s Institute for Learning & Brain Sciences (I-LABS) came up with a simple, ingenious way of testing whether 19-month-olds were capable of demonstrating altruism—they dropped a piece of tasty fruit and pretended they couldn’t retrieve it without the babies’ help. And then they repeated the test when the babies were hungry. I spoke to Rodolfo Cortes Barragan, postdoctoral researcher at I-LABS and lead author on the study.

Let’s get right to the point. The video seems to say—I’m paraphrasing—that babies are nicer than chimpanzees. Is that a valid takeaway from the study?

We believe that chimpanzees are quite capable of some acts of helping, such as picking up an experimenter’s dropped sponge or other inedible objects. But chimpanzees fail to share food in the way we have shown infants share food. Chimps do not give away easily monopolizable food to strangers, much less food that is as highly desirable as a banana or a grape. Human infants overcome the biological drive to selfishly eat the food themselves, even when they are hungry.

But hungry chimps never give their snacks up.

The chimpanzees may be able to help when the “cost” is low to them, when it does not involve high-value food that they have in their hands. But human adults—and now we see, human infants—are quite willing to donate their lunch to a needy stranger. We think that this behavior we have reported is distinctly human.

Could the babies tell you were just pretending not to be able to reach the fruit? In other words, was this a game to them, or were they really trying to help?

When the experimenter fumbled the fruit and it dropped into the tray, it looked like he “accidently dropped it.” We don’t think they coded this as a pretend act. We think it is more likely that they saw it slip out of his hand and into the tray and that he still wanted the fruit because he was extending his arm and unsuccessfully trying to reach it. Overall, we believe the infants did not interpret the experimenter as pretending, but rather as a person who intended to pick up the fruit he had accidently dropped. Some infants then were willing to help the adult.

The subjects weren’t verbal enough to describe their motivations. How did you and the other researchers interpret their behavior?

Why did you pick 19-month-olds for the study?

We picked 19-month-olds for the age of our study for two primary reasons. First, infants have gained considerable gross and fine motor skills, and these skills allow infants the opportunity to bend down in order to grasp small, slippery objects like a juicy piece of strawberry, and offer it to a stranger if they would like to. Second, by this age, infants have a very good understanding of intentions, which was key for our study. Infants have to understand that the adult is reaching out with the goal of getting the object but cannot reach it because he’s blocked by the table. In fact, my collaborator, Andrew Meltzoff, did some work with 18-month-olds showing that they have a good understanding of other people’s intentions at this age. In part because of this, and because other researchers have shown that infants will reliably share nonedible objects by 18-24 months of age, we selected 19-month-olds. (Dr. Meltzoff is a professor and co-director of I-Labs.)

What happens to the brain in that first year-and-a-half?

By this age, infants’ brains have developed such that their perceptual systems can support the inference that other peoples’ begging gestures involve an intention to pick up the object even though they are blocked from doing so by a physical barrier (the table). But even beyond all the brain, perceptual and cognitive development that goes into this, the infants still have to have the willingness to give away their own tasty snacks, even when they are hungry. They need to have a social motivation to share and help a needy/begging “other” to obtain what they want. When it comes to giving away food, this requires a certain selflessness, perhaps even the ability to override a biological drive (for the food) for a social drive to act altruistically.

Thoughts on how to build on babies’ natural altruism?

The findings suggest that there are aspects of human culture and family experience that facilitate the development of this behavior: Infants with siblings, and infants with a background of Asian or Hispanic/Latino shared more fruit. Certain types of social experiences may have a role to play in the rise of this human behavior, and future research should investigate the possibility that relationships and the cultural values that are implicitly communicated to infants may increase the expression of infants’ altruistic behavior. For example, we suspect that there is a considerable role for back-and-forth reciprocal games of engagement and imitation between parent and child that can help infants to develop the understanding that other people are similar and connected to the infant.

So altruism, or even kindness, can be taught, right?

Through social experience, infants can learn to trust others. Perhaps they even develop a “sense of benevolence” and come to appreciate that other people offer help and that they also deserve help.