Behind the Scenes with Director Carlota Nelson 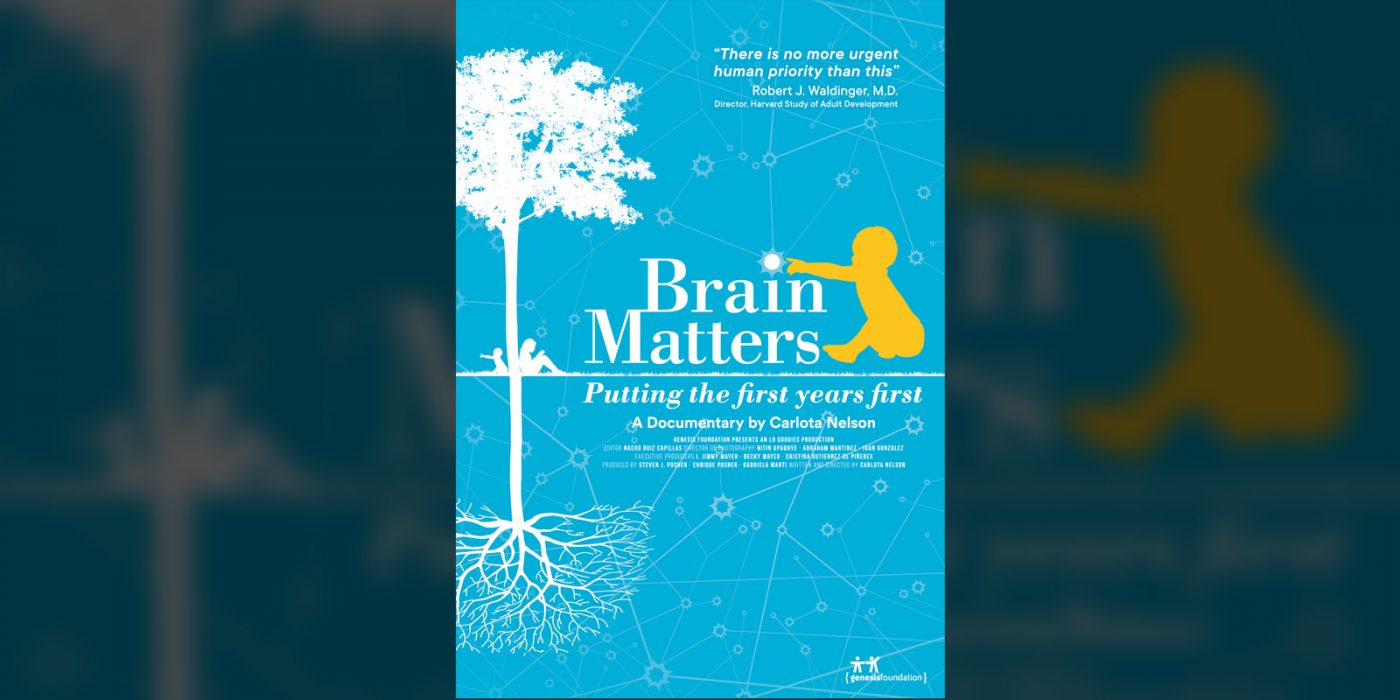 Born in Tokyo to a Swedish father and Argentine mother, and currently living in Madrid, Nelson has a particularly appropriate background for making a movie about how babies develop around the world. Brain Matters has a truly global perspective, celebrating programs in Mexico, Colombia, India, China and the United States among other locales.

Five years of work went into the one-hour film. An independent scientific advisory board provided the research backbone. Experts from Mind in the Making, and Vroom and the Harvard University’s Center on the Developing Child supplement the narrative with valuable insights.

👉 Visit the Brain Matters website, which has links for watching the whole movie and selected excerpts, along with other resources.

Broadly released last month, Brain Matters has quickly attracted the attention beyond your run-of-the-mill movie critics. “Nelson challenges long-held perceptions,” according to a review in The Lancet. (Specifically, she upends the belief that socioeconomic status alone determines the life outcomes of young children. Nor are genes and IQ the decisive ingredient.) And while Nelson is pleased that the prestigious U.K.-based scientific journal took notice, she was even more touched when her film was screened in a small Spanish village and a twelve-year-old boy proclaimed, “Now I know that I can help raise my younger brother.”

The secret sauce is early-childhood education that emphasizes social, emotional, cognitive and especially linguistic areas of development. The film documents the long-term impact of the Abecedarian Project, a groundbreaking experiment conducted by researchers at the University of North Carolina. Children who received their full-time, high-quality educational intervention in a child care setting grew up scoring an average of 15 points higher on IQ tests and earning more money.

Rather than genes, class or status, Nelson’s film emphasizes what it takes to help children navigate life’s challenges. It all boils down to four experiences and two skill sets:

Fortified in all the right ways, young brains develop a healthy capacity to take in and assimilate new knowledge and, just as important, to withstand the stress that often accompanies poverty and other threats.

Nelson interviewed leading child development researchers from around the word who share their cutting-edge science in ways that will inform governments, professionals and families. Nelson summarizes her ambitions for the film: “That people never see children the same way again.”

As a documentary, Brain Matters entertains, educates and fascinates, but Nelson and her backers at Colombia’s Genesis Foundation designed it to be more than that. It’s a versatile and ongoing enterprise designed to spread best practices and to influence policy makers and business leaders. The film has been translated into six languages and is being screened for audiences of educators and communities globally, ranging from a board meeting of the World Health Organization and the National Health Commission in Beijing to classrooms and meeting halls in rural villages throughout the developing world.

Knowing that some of the influencers they want to reach aren’t necessarily willing to spare an hour on child development, her team has broken out some of the more important lessons into one-minute snippets, including:

Nelson says that living with Brain Matters has prompted her to revisit her own biography and to reflect on her experiences traveling the world from a young age. “Wherever we were, my parents gave my brother, sister and me a safe, secure environment—a home base from which to run around free and wild.” The film is dedicated to her father, who passed away during the making of Brain Matters.

A godmother to four children, Nelson reflects, “Anybody who has children in their life has to take that responsibility seriously.”