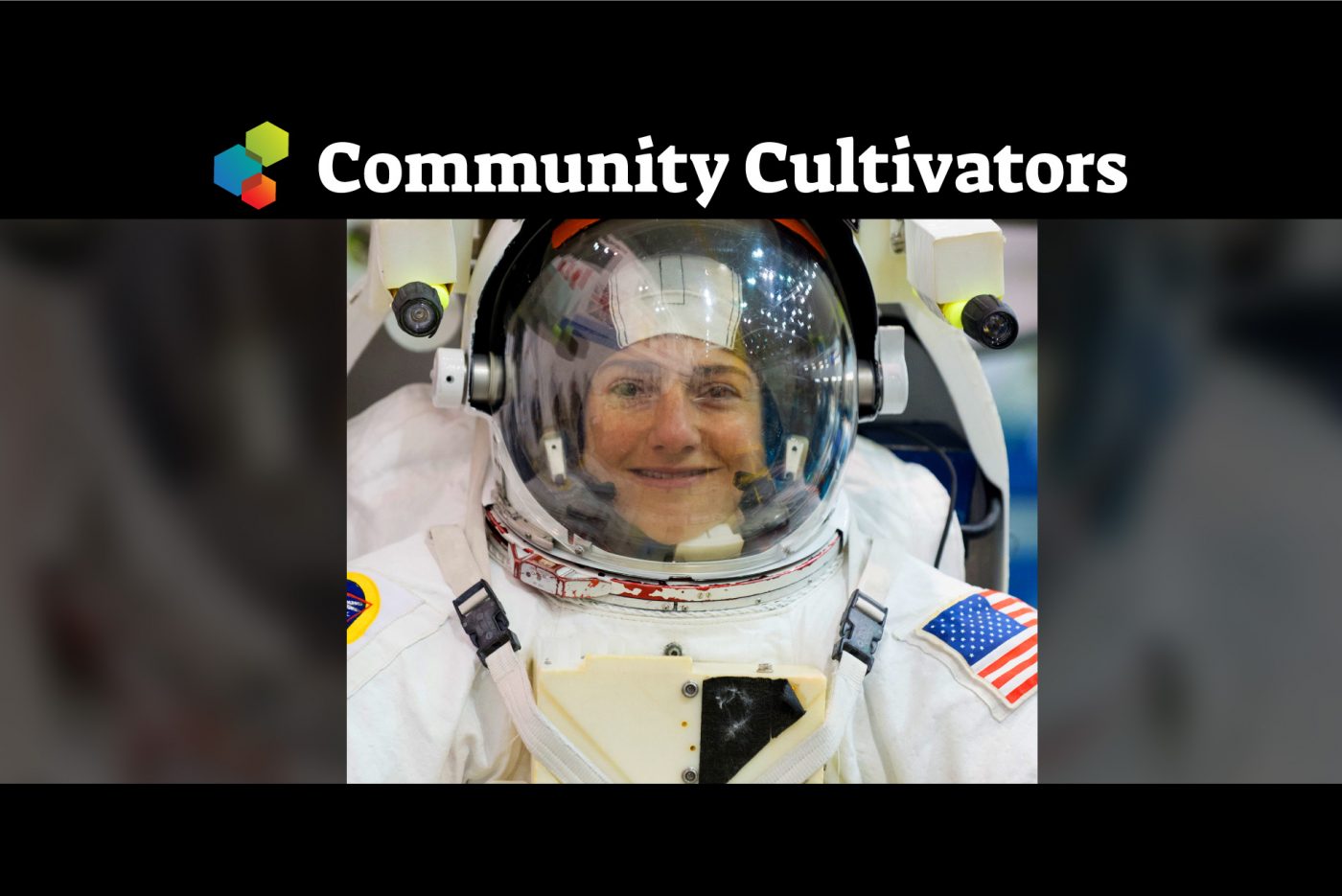 During her 205 days on the International Space Station, astronaut Jessica Meir had a little green friend. It wasn’t a Martian, it was mizuna lettuce that she tended as part of an experiment. “There was definitely a psychological component of having something green we could take care of,” she says. “We also got to eat it.”

Meir’s time in the station, during which she took part in the first all-female space walk, coincided with the start of the Covid-19 (coronavirus) pandemic. “It was surreal,” she recalls. “There were 7.5 billion people confronting this global crisis, and three who weren’t.” And though the astronauts kept busy with their projects, they found time to post advice to earth-bound humans suffering from cabin fever: get exercise, stick to a schedule, be kind to each other and remember to have fun.

Meir also played piccolo in the space station. “It’s the same air pressure,” she says. “Sound acts the same.” Zero gravity also facilitated an accomplishment she could never quite manage back on Earth: doing a cartwheel.

The space station embodies both the pinnacle of technological achievement and an ideal of international harmony. “On the ground,” writes Marina Koren in The Atlantic, “the United States and Russia might have conflicting interests, but in space, 250 miles above Earth, they get along nicely. On the International Space Station, American astronauts and Russian cosmonauts share meals, routines and a stunning view of our little planet.”

Viewing the Earth from outer space is a privilege fewer than 600 people have ever experienced, and nearly all of them report being deeply moved. “It had the most profound effect on me.” Meir says. “I wish every human could experience that feeling of interconnectedness. You just can’t get enough of it.”

There’s a name for this phenomenon, the Overview Effect.

👉 Houston We Have a Podcast 107: Space Philosopher Frank White Discusses the Overview Effect

Meir, a child of immigrants, grew up in northern Maine. “It was very remote,” she says. “Among the trees and lakes, I learned to love nature and biology. I was lucky to have great teachers.” She mentions a seventh grade science teacher and a freshman biology teacher both named Thibodeau—less of a coincidence than one might think, given the French-Canadian population in that part of the world.

Climbing trees in rural Maine and orbiting the planet come together in one important lesson: “We need to think more about our environment. We need to take care of our beautiful planet.”

The majority of an astronaut’s career is spent on the ground. Meir embraces the part of her job that involves inspiring children and offers these tips on how to be effective.

1. Remember to appreciate everything and everyone that brought you to this moment. Astronauts are the ones who get celebrated, but the entire NASA apparatus makes it possible. “We don’t devise the experiments,” she says. “We’re the operators. And when it comes to physiology, we’re the subjects.” In addition to growing plants, she participated in studies exploring why artery walls thicken in zero gravity. In six months, they may age the equivalent of ten years—a condition that might be reversed with exercise upon an astronaut’s return.

2. Practice your “expeditionary skills.” This is NASA-speak for being a team player. Meir says that being the best, smartest or fastest will only get you so far. It’s also about what she calls “good leadership and good followership.” Think about taking care of equipment that other people have to use after you. Remember to share and cooperate, whether you’re in a space capsule or a pre-K classroom. “Be the kind of people you would want to go camping with,” she advises.

3. There’s no shortage of worthy causes right now. “I just like to encourage people to really get involved,” Meir says. “Think about those who are less fortunate.” Whether it’s children in your own community, people on the other side of the world, or animals facing extinction, getting involved in an issue, becoming an expert and educating others is how humans make a difference. Social media can amplify lonely feelings if it’s directed inward, but it’s also a way of accessing momentum and energy that make you feel more connected.

4. Emphasize shared interests. Everybody knows we live in a time of deep political and ideological division, but if the view from the Space Station teaches anything, it’s this: “There are far more commonalities than differences.” If you’re going to work alongside someone or even co-exist, start with the things you have in common. Babies, dogs and the weather are extremely safe territory upon which to build a productive relationship.

5. Make sure you’re doing what you love. You’re far more likely to excel if you’re in a role that you enjoy. This doesn’t mean you won’t have to do anything you don’t like. Meir admits she’s bad at waking up. “Even the morning of my launch,” she recalls, “I had trouble getting out of bed.” She always wanted to be an astronaut, but she recognizes that some people don’t find their true calling until later in life. Until that happens, see steps 1 through 4.