The Other Child Care Crisis: No Staff 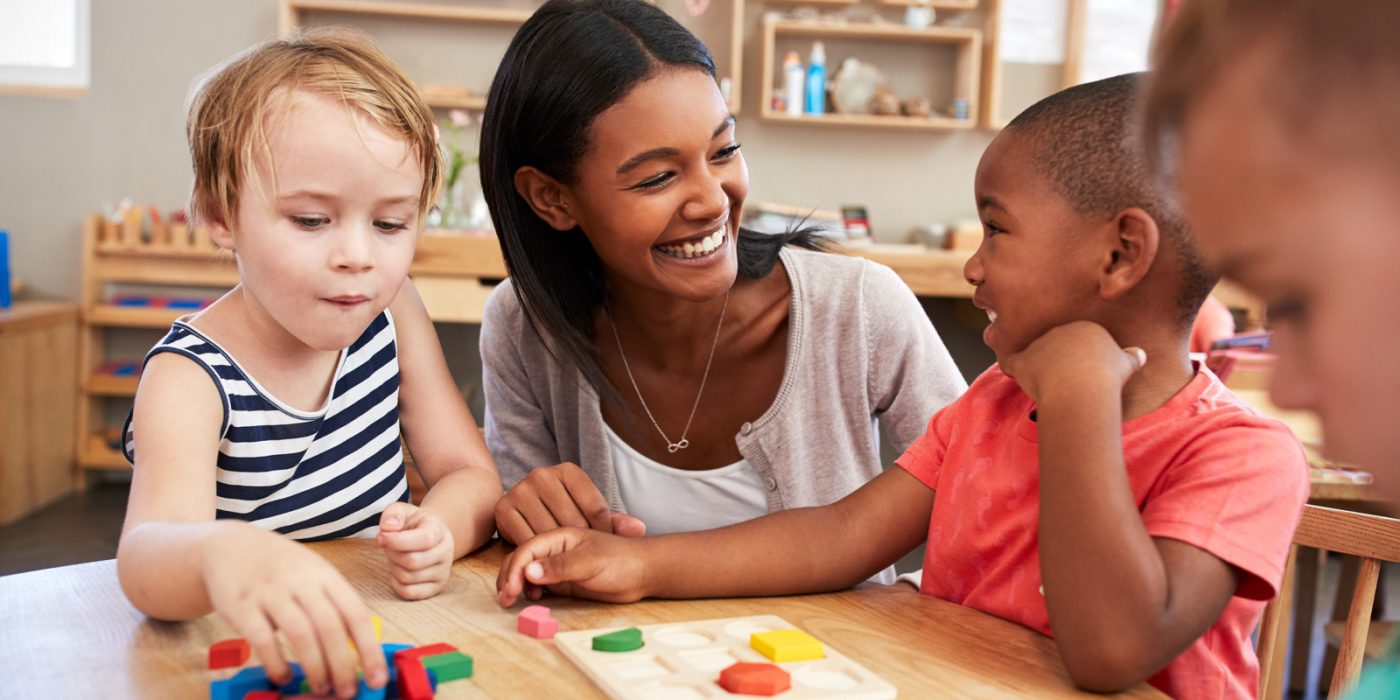 The SouthSide Early Childhood Center in St. Louis is the oldest child care program west of the Mississippi, founded all the way back in 1886. It is currently temporarily closed, but not because COVID-19 was running rampant in the building — it is closed because enough staff are quarantined due to COVID exposure that the program couldn’t continue operating. SouthSide is far from alone: across the nation, child care programs are experiencing crippling staffing shortages, a bubbling crisis that has to date attracted little national attention.

While the spread of COVID within child care programs remains quite low (a large state like North Carolina is reporting only 24 outbreaks among its thousands of open programs), the spiking community circulation of the virus means inevitable staff exposures. For child care, the impacts of even a few quarantined educators can be devastating.

While public schools are dealing with their own significant staffing problems, child care programs are even more fragile. Programs tend to be on the small side — most centers serve less than 100 children, and family child care providers less than 10 — and they operate with tight budgets. This means their staff numbers are lean, and staff are often playing multiple essential roles from food prep to checking in children. Moreover, child cares are required to adhere to strict legal adult-to-child ratios, and going ‘out of ratio’ is a major no-no. Lindsey Noblot, a project director at SouthSide focused on policy, said although their absolute number of quarantined staff was low, “You take a few people out of that equation and it’s like, ‘this isn’t going to work.’”

Noblot added that SouthSide is actually in a better position to weather the pandemic storm than many programs in the region because they have a large number of federally-funded Head Start and Early Head Start classrooms. She said that on a group chat of local programs, “It’s horrible. Every day there’s someone on there that’s like ‘I need somebody to help support as a cook, secretary work, classroom support.’ It’s just nonstop.” Rixa Evershed, an administrator at a child care center in Washington State, concurs. “Of all the challenges we have right now, [staffing] is overwhelmingly the biggest one.”

A dire lack of substitutes compounds the problem. Substitute child care staff have been scarce for years. In the current moment, potential staff are being sucked up by public schools, private ‘pods,’ and virtual learning support centers — to say nothing of employers like Amazon and Target that tend to pay better and offer superior benefits. In response to Vermont providing funding for virtual learning support centers, one child care owner told the VT Digger in August, “We were struggling before to find substitutes if people were out sick. Now there’s pretty much no chance we’re ever going to get a substitute.”

The makeup of the early care and education workforce plays a role as well. According to data from the University of California-Berkeley’s Center for the Study of Child Care Employment, 42% of center teachers have a child under 13 years old, and a quarter have a child under the age of five. Many child care teachers and would-be teachers, then, have to contend with the chaos of virtual school and securing their own child care despite limited means. These demographic realities are having a real impact: in a survey of 176 Massachusetts child care workers performed by the nonprofit Neighborhood Villages, an inability to secure consistent child care was the second-most cited reason for not returning to work when their programs reopened, behind only fear of COVID health risks.

With increasing quarantines and few substitutes, programs have nothing but bad options when it comes to absent staff: they can shuffle children and staff around, press administrators into service as teachers or close classrooms. In some cases, they are forced to compromise on best practice safety precautions. A September survey of child care providers in Ireland (which has a similar system to the U.S.) reported that 61 percent “said they were experiencing problems complying with measures including play pods, social distancing and appropriate adult to child ratios,” primarily due to staffing struggles. Noblot said she has heard of programs in her region wrestling with similarly fraught decisions.

All of these disruptions, of course, have a cascading set of negative impacts on the families who rely on child care programs in order to work. Given racial and socioeconomic disparities in who is able to work from home, it is disproportionately lower-income families of color who absorb the blows. Evershed, whose program predominantly serves these types of families, recalled desperation and anger from parents when she recently had no choice but to close a classroom for three days due to a lack of available staff.

Every new round of jobs data continues to confirm that parents are being pushed out of the labor force at stunning rates, underscoring the role of child care in the nation’s economic recovery. As the Boston Globe reported, “If child-care seats permanently disappear, the burden of caring for young children will likely fall — as it has already during the pandemic — predominantly on women, said Tania Del Rio, executive director of the Mayor’s Office of Women’s Advancement in Boston. Nationwide, about 865,000 women dropped out of the workforce between August and September, according to a National Women’s Law Center analysis. That included about 324,000 Latinas and 58,000 Black women.”

There are also developmental implications for children. Young children thrive on consistency, routine and relationships. Past research has shown that having multiple transitions between caregivers can lead to negative outcomes such as behavioral problems. Evershed sees this playing out in her program. “Children are not getting any kind of quality experiences right now, because on any given day we have to move their classroom,” she said, explaining that the administration has to go through the process of “’We need to put these five children into this classroom with this teacher so we can make the numbers work, and so we can keep the doors open.’ And you can tell by how children are acting – there’s no sense of consistency, no relationships being developed.”

All of these wounds circle the central fact that staffing shortages pose an existential threat to child care programs. Jenna Conway, Virginia’s Chief School Readiness Officer, said in an interview that “if you don’t have full classrooms, making the economics work is very difficult.” This is both the case when programs have to temporarily close classrooms or entire buildings due to shortages, and because with limited staff, programs can only take in a certain percentage of their enrollment capacity. Conway noted that even programs which aren’t dealing with quarantined staff are struggling to hire or retain enough teachers to regain their full capacity. Since most programs rely on paying clients — and especially since programs’ expenses have skyrocketed during the pandemic — serving fewer children leads to a bleeding budget.

Each leader interviewed for this story agreed that in addition to getting the pandemic under control, staffing shortages won’t clear up without significant federal financial support. Child care wages are simply too low and benefits too thin; the sector is becoming increasingly noncompetitive as a place of employment. While there are policy roadblocks that can be smoothed over — for instance, some states do not allow portability of background checks, so a potential substitute needs separate ones from all programs she might work at — the conversation starts and ends with compensation. For floundering programs, staffing help can’t come fast enough. As Noblot put it, “Child care providers are so overworked, and there’s no voice for them.”