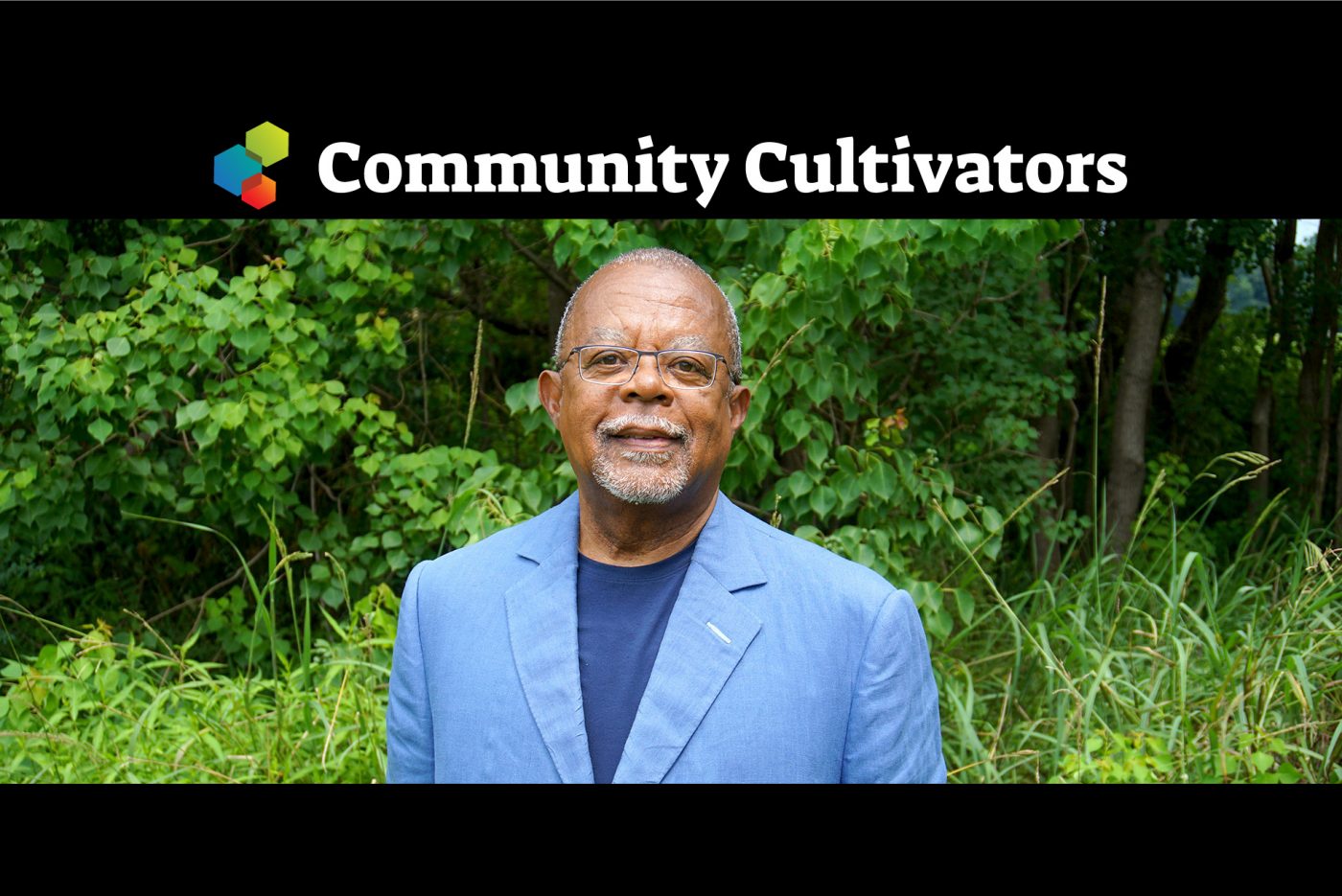 Professor Henry Louis Gates, Jr., is a child of television. Watching Romper Room in the 1950s and making papier-mâché castles along with Miss Francis of Ding Dong School constitute some of his earliest memories. “These were the precursors for Sesame Street,” he recalls.

“No matter how different we look on the surface—skin color, hair texture, shape of nose etc.—at the level of the genome we’re 99.99% the same.” — Henry Louis Gates
Later in life, documentary series from the BBC and PBS such as Civilizations and The Ascent of Man captivated him. These programs served as the best opportunity for the general public to learn from intellectuals full of gravitas, and even as a college student he could picture himself in that role.

“I thought, wow, it would be cool to host my own PBS series. Wouldn’t that be amazing?” But he had no idea how to make it happen.

Today, with Finding Your Roots on PBS, he finds himself realizing that unlikely ambition. In the surprise smash series, Gates is less the august narrator of historical lessons and more of a brilliant, sympathetic neighbor who pops up in the lives of well-known people to reveal truths about their ancestries and, along the way, our nation. It started in 2006, initially as specials titled African American Lives 1, African American Lives 2 and Faces of America, before becoming a series in 2012. He unveils how the forebears of people like John Legend, Barbara Walters and Cory Booker arrived upon these shores and how subsequent generations struggled toward the American Dream. Recent seasons have found Gates and his team of researchers unearthing the pasts of Jeff Goldblum, RuPaul and John Waters.

Each episode ranges over wars, grand historical currents and more intimate family stories, with an underlying message that has proved especially resonant in these divisive times. In Gates’s words, “No matter how different we look on the surface—skin color, hair texture, shape of nose etc.—at the level of the genome we’re 99.99% the same.”

He wishes that white supremacists could be compelled to watch, if only to be confronted with the fact that we’re all immigrants out of Africa. “Our ancestors were all living in Africa 50,000 years ago,” he asserts.

Speaking of Africa, the story of how Gates came to work with a pen as opposed to a scalpel dates back to a moment in the late 1960s when he veered away from a career path in medicine. Having served in Tanzania on a medical mission, he discovered he would rather write about those experiences than continue the plans laid out for him to become a surgeon. “Paradoxically,” he says, “working in that hospital killed off the idea for which I’d been programmed. Somewhere deep down I realized that I wanted to be a professor or a journalist.”

A career in academia ensued, eventually leading to a Harvard professorship (he now directs the Hutchins Center for African & African American Research), but it took a persistent—and fittingly named British producer, Jane Root, to bring his television fantasy to fruition. “I loved his willingness to be personal as well as thoughtful and academic,” she says. “It’s a rare combination. Not every academic is prepared to bring themselves into the story in the way he is.”

Root wrote him a letter proposing a film project—and he tossed it in the garbage. Root recalls, “I was very persistent, turning up in Cleveland where he was making a speech and demanding 15 minutes in the bar of the hotel where I’d found out he was staying.” This 1991 encounter led to a decades-long partnership that has included numerous documentaries and series. He also credits producer Dyllan McGee and recommends her PBS project MAKERS: Women Who Make America.

Tune into your local PBS station tonight and tomorrow night for the premiere of “The Black Church: This Is Our Story. This Is Our Song,” hosted by Henry Louis Gates, Jr. It is described as “a moving four-hour, two-part series from executive producer, host and writer Henry Louis Gates, Jr., the Alphonse Fletcher University Professor at Harvard University and director of the Hutchins Center for African and African American Research, that traces the 400-year-old story of the Black church in America, all the way down to its bedrock role as the site of African American survival and grace, organizing and resilience, thriving and testifying, autonomy and freedom, solidarity and speaking truth to power.”

Initially, Gates admits, he was far from a natural in front of the camera. “It was terrible! Everybody was so embarrassed!” he laughs. Graham Smith, his longtime cameraman agrees, describing their first awkward shot together: “We stood on top of [the ancient city of] Great Zimbabwe, and he talked to camera as if giving a lecture to academics. I replied, ‘Isn’t this just a large pile of rocks?” to which he launched into a passionate defense of the place,’ talking from his heart.” It was this latter response hat made the final cut.

Smith adds that once Gates grew accustomed to the camera, it was just a matter of unleashing his natural ability “to turn around the most frosty interviewee to eating out of his hand with charm, generosity and humanity.”Looking back at this moment, Gates emphasizes how much Smith helped him and the importance of asking for help. “The key to anyone’s success is having a mentor,“ he says. “But also having the wisdom, or humility, to seek out a mentor.”

Not everyone is willing to admit when they are out of their depth. Gates often observes Harvard students and faculty pretending to know what someone is talking about rather than stopping them and asking a question or two. “That is a sign of insecurity,” he says. “The sign of security is just to say, ‘I don’t know what that word means. I don’t know what that concept means. No, I’ve never heard of this book. Could you tell me about that?’ It’s counter-intuitive but people respect you more if you’re honest.”

There is strength in admitting your ignorance, and it helps build relationships, too. Gates says, “Everyone loves to teach.” He traces this insight to his mentor in college, the historian John Morton Blum. “He told me, ‘Everyone is flattered to be asked for their advice. Everyone.’ It’s a very empowering bit of advice,” Gates notes.

When the conversation comes around to the subject of education, Gates is eager to share his perspective.

“Schools shape our subjectivity and our sense of being as citizens,” Gates says. “We learn how to be an American.”