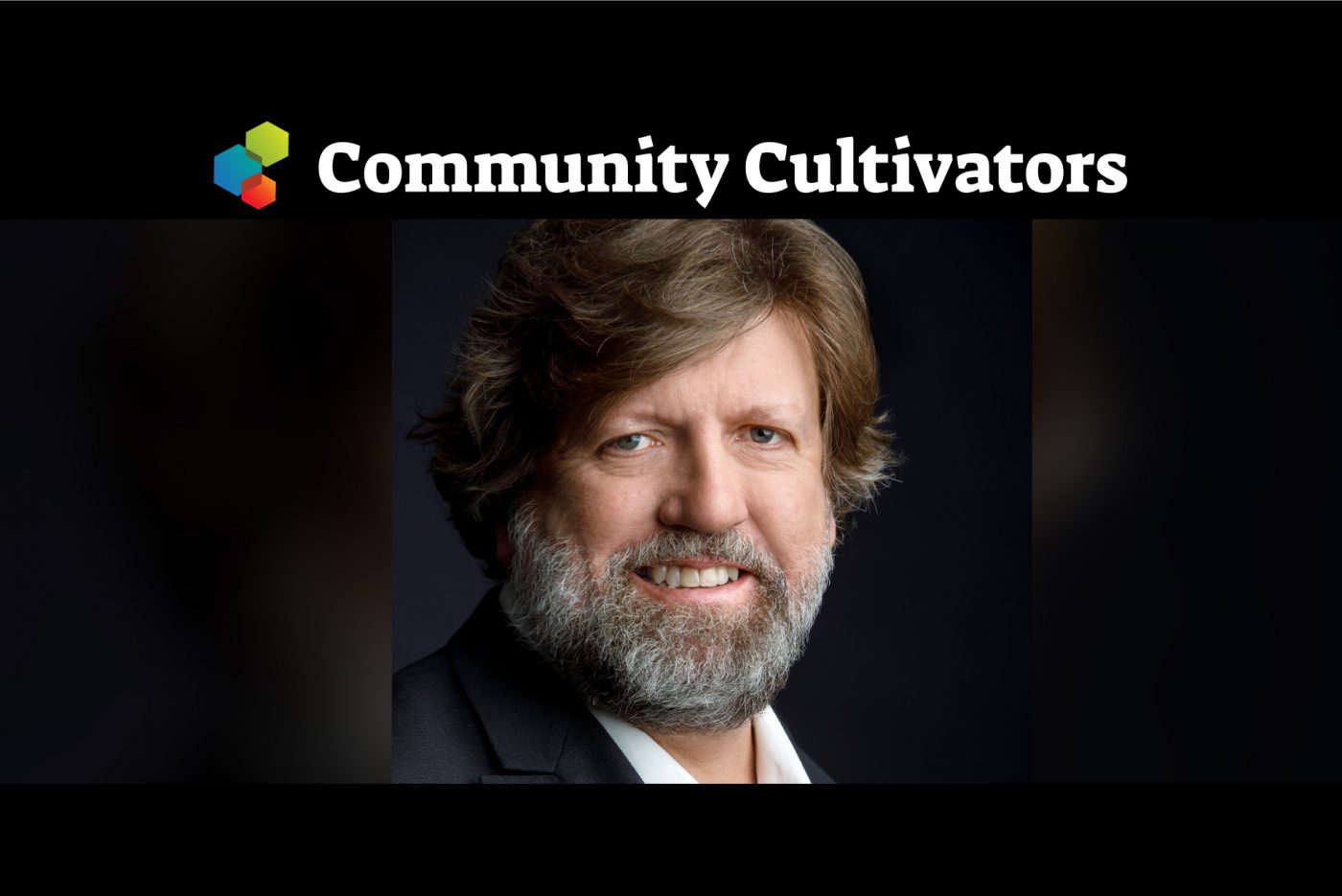 Talk about making an entrance. The setting: a community theater production of West Side Story in Rochester, Minn., 1963. Five-year-old Oskar Eustis is sitting in the audience. Onstage, the rival gangs, the Jets and the Sharks, are having a rumble, when the police arrive to quell the violence. “The back of the theater actually opens up,” Eustis recalls—the awe still in his voice, 58 years later—“and a police car drives on stage. I remember at five just thinking, ‘This is the coolest thing that has ever happened,’ and I became totally imprinted with the theater.”

Eustis has spent his career chasing that feeling and similarly electrifying, unforgettable moments for theater audiences. Since 2005, he has been Artistic Director at New York’s Public Theater, one of the nation’s first nonprofit theaters, bringing groundbreaking and thought-provoking productions onstage. For example,

Eustis has hopes for a golden age of theater in general and the Public in particular: “Theater extends beyond the plot unspooling onstage. It has to do with what happens when people laugh and cry together, and it transforms the audience from a bunch of isolated consumers into a collective body.”

And then it ends up making so much sense it seems inevitable. In the process, it changes our ideas about theater—and America.

The writer and activist Stevie Walker-Webb says, “Oskar is a storyteller…. He wields words like a warrior swings a scythe, and weaves stories like an artisan stitches together a complex quilt. He does this in service of the world he’s building, one of equality, opportunity and access. Oskar is a space-maker where others might gate-keep; he’s a wedge in the door of exclusion. He will champion the work of an unknown playwright and director because he believes in the progress and challenge new perspectives bring, and in the midst of his busyness can pause to advocate for a wrongfully incarcerated person’s rights. I call him my story guru, but beyond all of this, he’s simply my friend.”

(Stevie Walker-Webb. Remember that name. Eustis says he has “a combination of artistic and spiritual vision that makes him very rare.”)

Laurie Woolery, director of Public Works, says, “Oskar passionately believes that the arts are an essential part of everyone’s lives. He is a rare leader who places community central to the Public’s core artistic programming, and that investment of time, attention, resources and love has had a ripple effect not only to our program but has deepened the relationships we have with our community. Public Works is the beautiful manifestation of Oskar’s belief in full bloom.”

Not long after his West Side Story epiphany, six-year-old Oskar developed a crush on a girl from Texas named Kris Sheldon. (If you’re reading this, Kris…), and a thought occurred to him that shows he already understood that life is short but art is long: “Even if I become really famous and somebody writes my biography, they’re not going to write about Kris Sheldon. They’re not going to know. The only way that, that’s going to be important is if I make a work of art out of it.”

Given this atypical sixth-grade sentiment, it isn’t all that surprising that a 15-year-old Eustis, having graduated high school early, bypassed college and made his way to New York City. Living the artistic life in Soho was, he points out, a million times more affordable than it is today. The scene in the 1970s, he admits, was “self-involved, but it succeeded in doing the most important thing about a Bohemia, which is allowing people to secede from the dominant culture and have a space where they could try some new things.” Furthermore, the open-armed acceptance of the bohemian life was incredibly important to a teen he describes as “too loud and too impulsive—and boy, did I cry too easily.” Looking back on these years, he’s come to see both “a runaway kid who climbs the ladder and ultimately turns his life into a success story” and simultaneously “the cisgender, white straight male son of university professors, riding on a sea of privilege.”

Bohemia may seem like a quaint and outdated concept, but for Eustis, “that impulse to just not be part of the dominant culture is terribly important. I hope both New York and the rest of the country find ways to nurture that and provide those spaces of freedom and alternative thinking because the whole culture benefits from it.” These creative exchanges happen best in real time, in real life. “We’re suffering terribly from the internet having replaced real communities,” he says.

The Stage Is All the World

The Public Theater develops deep partnerships with nonprofit organizations all over New York City through its Public Works program, which engages with these community groups over the long haul. It nurtures and provides classes to communities, invites them to attend performances and to join in the creation of ambitious works of participatory theater alongside professional actors.

The model has started to catch on. London’s National Theater has now based a program on Public Works, and seven affiliate theaters across the country have joined the movement that combines a social justice mission with what he calls “a spiritual mission about how we treat each other.”

The hour-long documentary Under the Greenwood Tree chronicles a production of Shakespeare’s As You Like It and the joy it brings to the entire cast as well as the audience.

The most famous line of the play, “All the world’s a stage,” is effectively reversed by the creation of an onstage world that looks and feels more like our world than most theatrical productions would dare.

Lear deBessonet, now Artistic Director with City Center, founded Public Works, a program of the Public Theater, in 2013. “Lear said it was based on the divine spark in every human soul,” he notes. “That brought chills the first time she said it.”

“I realized right away that Lin-Manuel Miranda had made a connection between Alexander Hamilton and a hip-hop star. It was fun and clever to say, Okay, that means we’ve got to tell the story of the first Secretary of the Treasury through hip-hop. But then on a deeper level, Lin-Manuel was doing exactly the same thing that Shakespeare was doing, which was taking the language of the people and elevating it to poetry.

By elevating it and ennobling both the language and the people who spoke it, he envisioned them as heroes. Like Shakespeare, he tells the story of his country to his country. Shakespeare emphasized a set of values that defined what it meant to be English. And Lin-Manuel is defining what it means to be an American.”

Public Works constantly surprises Eustis. “Knowing that participating in theater was good for you, I was fairly confident that it would be a positive experience for everybody involved. What I had no idea of is that it would result in the best art I’ve seen in theater. There is something that has proven aesthetically explosive.”

During this long and unwelcome pandemic pause from live performance, Eustis has had time to reflect on high points and the low points. Not surprisingly, he is eager to raise the curtain on the post-pandemic era: “This could be a time where the theater can really reach deeper into communities and more varied communities,” he says.

Eustis has hopes for a golden age of theater in general and the Public in particular. “We are providing something that people desperately need,” he says, “and I think people are going to be ready to hear the message that we have to bring.” That message, he continues, extends beyond the plot unspooling onstage. It has to do with what happens when people laugh and cry together, and it transforms the audience from a bunch of isolated consumers into a collective body. “Our core identity isn’t private,” he asserts. “It’s social. Gathering strangers together to go through meaningful collective experiences is the thing we’ve been missing for the last year.”

Eustis prefers to turn the storytelling over to the people whose stories haven’t yet been heard and let them be the center of the story. In his words, “We say, ‘Wait a minute. Let’s take those feelings seriously and elevate them.’ ”

Theater asks actors and audiences alike to put ourselves in somebody’s shoes. For Eustis, “To imagine that you’re somebody different, to project your feelings onto somebody else and to understand how they might feel”—otherwise known as empathy—is the core of both theater and democracy.

By elevating it and ennobling both the language and the people who spoke it, he envisioned them as heroes. Like Shakespeare, he tells the story of his country to his country. Shakespeare emphasized a set of values that defined what it meant to be English. And Lin-Manuel is defining what it means to be an American.”