Working with ECE Providers in Massachusetts during Covid-19: Insights from Amy O’Leary 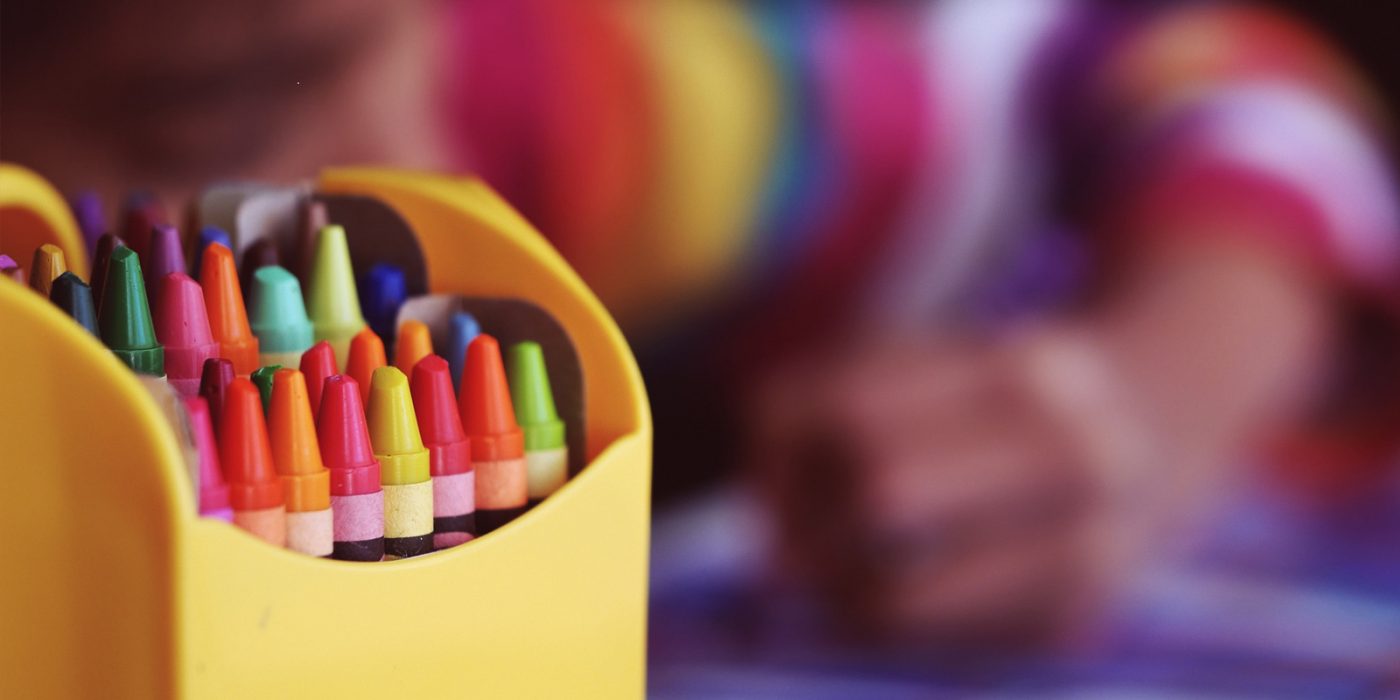 Photo by Aaron Burden on Unsplash

The pandemic has upended entire industries, including the early childhood education (ECE) industry, which has suffered through permanent closures, high staff turnover, rising costs and less accessibility. Recently, I had the chance to speak to Amy O’Leary former president of the National Association for the Education of Young Children (NAEYC) and director of Early Education for All (EEA), a campaign of “Strategies for Children” (SFC) in Massachusetts. (SFC is an advocacy and policy organization that works to ensure investments in resources needed for children, birth to age 5.) I sought to understand how she came to be in the field of early childhood, why she has stayed in the field and what she’s learned about stakeholder engagement during Covid-19.

Traci Childress: Tell me a little about how you came to work in ECE and what has kept you in the field?

Amy O’Leary: I moved to Boston after I graduated from college with a psychology Early Ed degree and started teaching preschool in the South end of Boston. I was a teacher for three years and then thought how hard could it be to be a preschool director? When my director left, I became a young center director. I was a good teacher and I went from being in the classroom to supervising, which brings another host of opportunities.

What I loved about this specific program was that it was economically integrated. We had contracts with the state. We had private-pay families. We had programming for children starting at birth, going up through school age. It really was a hub of the community, which is why I stayed for 10 years. I loved the connections with families, the history of the place and the generations of families coming to the program in a neighborhood that was changing in the 90s when I was there.

At that time, Boston had an infrastructure to support center directors, so we had a network of directors that met monthly: the Boston Childcare Alliance. I learned a lot about advocacy and policy through my role as a director with the support of someone translating it all. That infrastructure, as I look back, has been so critical to my work because I was able to learn with my peers but also from experts. And I had the opportunity to practice, which has become the cornerstone of my teaching philosophy (as an adjunct professor).

Childress: And then you moved on to work with Strategies for Children?

O’Leary: Yes. We ultimately ran the “Early Education for All” campaign, which was an issue-driven campaign to reimagine what a system might look like to help support children. It was in the early 2000s, so it was really centered on pre-K. We were one of the first states funded by “Pre-K Now.” I was hired to be the connection between the policy world and early educators. My initial job was to get feedback and input from people who were doing the work every day. What I’ve learned since 2002 has helped inform how we reacted as an organization to Covid-19.

Childress: I’ve found there’s a dearth of research on leadership in the field. I’ve also run across “tables” where it doesn’t feel like everyone is invited. Have you found that the pandemic has illuminated the need to have the workforce at the table and/or in leadership?

O’Leary: Yes, when we did our original policy work, we did it by committee. We learned in the beginning that the only way to move anything forward is to recognize that if someone doesn’t see themselves in it, it’s much harder. It’s harder to get people to do anything if there’s a group of people saying, “well, that’s not fair or that doesn’t work” or “I don’t like that.” All of these lessons I learned in my career just became so important during the pandemic.

Childress: Since March 2020, during Covid-19, you have hosted a daily video call from 9:30 – 10am for stakeholders in the early education and care/school age communities: from providers, to advocacy folks, and city and state representatives. Tell me a little more about this. What has been a positive in terms of how stakeholders have worked together? How have these phone calls created a new space that we might learn from as a field?

O’Leary: It has been a great opportunity to get everyone on the same page, share updates and develop action steps. The calls have been a place to address and discuss many issues. Recently, we’ve been focused on remote learning, testing and vaccine distribution, family and educator voice and bright spots of folks working together in communities to support children and families.

We started with 20 people in the middle of March and less than a year later, we have an invite list of over 370 people. We get about 80 to 90 people a day to hear guest speakers and “updates from the field.”

I think typically in these kinds of things you have to have criteria or represent a certain organization to be invited, and if you don’t fit, then too bad. But with these calls, if you want to be on the list, you’re on the list. People come when they can. We have a mix of guest speakers, of content experts, as well as days when we talk more, when it’s more kind of group discussion, what’s on your mind.

Childress: So who attends?

Amy: Attendees are families, child-care providers, funders, all kinds of associations. We’ve had legislative staff on as well, and it’s statewide in Massachusetts. The power dynamic of not just the same people having access to information and people has worked very well. It has been incredible because we have cut down the rumors, misinformation, complaints.

Rather, it’s ‘here’s the latest playbook of the policies around temperature taking’ from the epidemiologist who’s working with the Massachusetts Department of Early Education and Care, or a conversation with the chairs of the Massachusetts Legislature Joint Committee on Education Committee. Experts want to be on the call. It’s like I’m a booking agent. It also has given people the experience to present: even if you just have a nugget, you don’t have to do an hour presentation, it’s a 10- to 15- minute update, and then we use a Q&A format for chat.

For me, it cuts down on the time that we all spend on this information, and on uncovering the root of what’s really going on.

Childress: If other states or cities want to replicate this type of convening, how can they operationalize this experience?

O’Leary: Part of it is valuing convening, understanding and having experience in convening people. Part of it is setting criteria. For example, these calls are 1/2-hour with strict parameters including “this is how we’ll talk about things,” “we’ll use chat” and “when we report out, we don’t attach people’s names.”

We make clear that we also don’t provide answers. The purpose of this is to hear from content experts and to make connections. You must have credibility with the field so they can trust that you’ll not sell them down the river.

Childress: Have you heard from other states that are interested in what you’re doing with this regular call?

O’Leary: When we first started, because we’re part of this 50-state alliance, people in another state asked if we are organizing providers. I said, “Nope, we’re not the voice of providers, but we have a place where providers can come.”

We’re just providing a half-hour space to get information and to build community, which was kind of an unanticipated outcome. At first it was an opportunity to connect and help with getting accurate information from the field to policy makers and from policy makers to the field.

Here we are almost a year later and people keep showing up every morning. We have had the chance to problem solve and take action together. We have seen the impact. It is definitely on the bright side of Zoom – we have been able to build a statewide community and make connections that would have been impossible to do before the pandemic.

Childress: Have there been surprises in this process?

O’Leary: I can’t believe people still keep coming. We’ve seen the ability to have 1/2-hour connection plant an important seed. These director support groups are popping up. So we are asking ‘how can we connect them with each other?’ Or ‘how can we highlight them on the call?’

One of my biggest surprises has been having more of the open discussions, and their impact on listeners. Those conversations have been the most meaningful for people not in the field who attend the meetings. For example, we had a whole discussion about snow days and the officials on that call really heard the providers regarding the thought, care and the impact of decisions that directors make. These officials, tuning in, were just blown away with all that directors have to juggle. In some ways it’s been validating without being patronizing. They will say it to me, ‘Holy cow, I had no idea.”

Childress: Any other lessons learned during Covid-19 that you want to share?

O’Leary: The places across the state that have made even a minimal investment in local infrastructure are the ones that are making it by being able to pivot and focus on children and families. In one community, they had a whole discussion about closing programs at 5pm instead of 6pm because of staffing patterns, maintaining ratios and grouping restrictions in order to stay open. Before the pandemic, we would never ask parents, ‘Can we close at 5pm instead of 6pm?’ But I do think it has allowed people to take some of the sacred cows and just say ‘can we just try something else to really serve the needs of families and stay open?’ because the sacred cows were gone.

Childress: In simple terms, what are the takeaways not already named?

O’Leary: We have made officials aware of situations in a way that wasn’t punitive. We demystified the legislative process for the workforce. According to a survey, 77% of participants have taken part in advocacy opportunities; for 25% of respondents, it was the first time. My big question is focused on how we can keep supporting people so they’re able to participate, learn, practice and grow.

We have seen people recognize and discover their individual and collective power. We cannot tell early education and school-age staff who have been showing up through a global pandemic that they are essential and then continue to pay them less than minimum wage.

Traci Childress, MA, MEd, is Executive Director of Saint Mary’s Nursery School in Philadelphia. A dedicated student and inspired leader, she has taught children and adults in various parts of the USA, Mexico, the Czech Republic and Germany. She is co-founder of the Children’s Community School, was a cofounder of the Yoga Service Council and is co-editor of the book Best Practices for Yoga in Schools. In her work, she seeks to develop processes for community reflection, inquiry, and empowerment that can support positive growth for school communities and organizations that support teachers and families alike. She is an instructor, speaker and seeker of stories, currently also pursuing her Ed.D in Educational Leadership & Management at Drexel University. Twitter: @tracimchildress