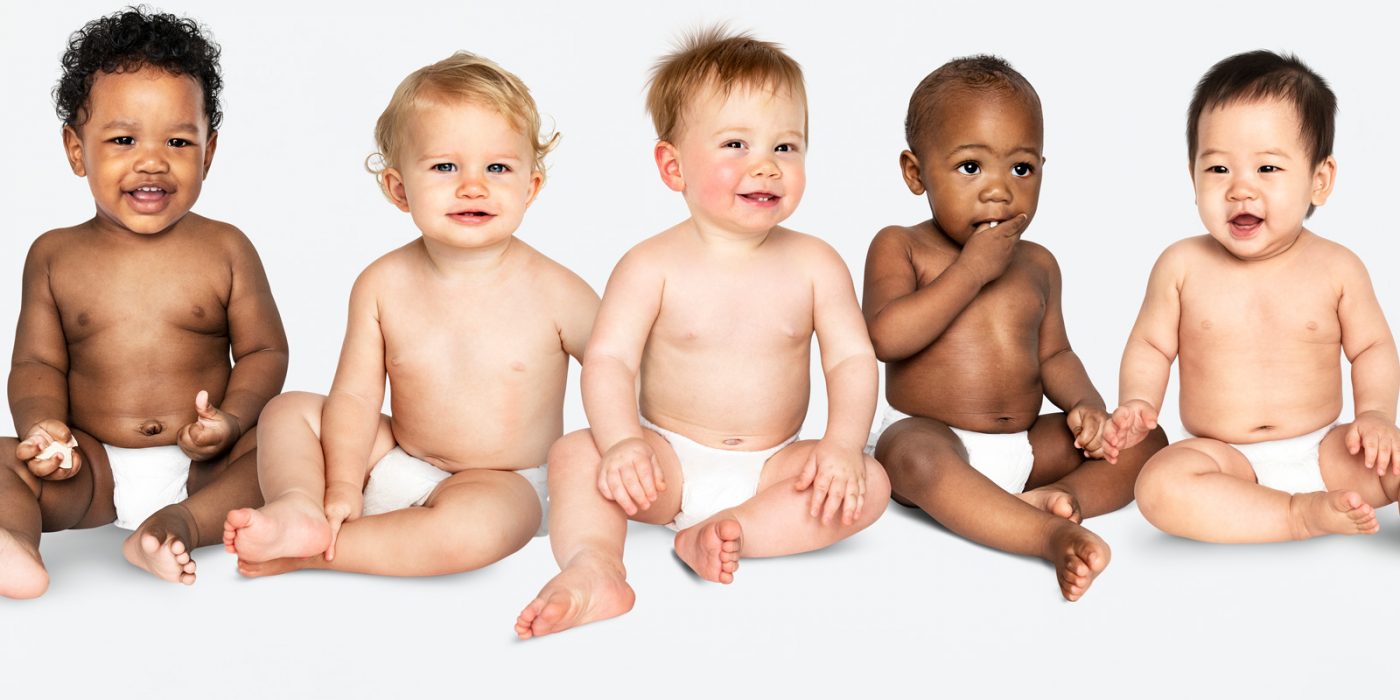 Call it baby talk, call it parentese or call it infant-directed speech—whatever term you choose, babies love it, in any language. They particularly love it in the language they hear at home: Research shows that as early as six months, babies can pick up on the differences in languages around them and show a preference for language they hear in their everyday environment.

To be clear, the baby talk we’re discussing is not of the goo-goo, gah-gah sort of speech. Infant-directed speech is the high-pitched, singsong, slowed-down way adults talk to babies that sets the stage for vocabulary-building conversational turns—Is that your hand? Look at that hand! And five little fingers! Most adults automatically fall into this exaggerated cadence and register of speech when they come face to face with a baby.

To discover their preference for infant-directed speech, a unique study of hundreds of babies involving 17 labs on four continents compared babies from bilingual backgrounds to babies from monolingual backgrounds, and exposed them to many different language combinations. According to primary investigator Dr. Krista Byers-Heinlein, associate professor of psychology at Montreal’s Concordia University, each baby was played short recordings of English-speaking mothers using both infant-directed and adult-directed speech. The global nature of the study ensured that many different language combinations were represented.

Regardless of their native language, the babies responded more to the recordings of infant-directed speech, or baby talk, than to the adult-directed speech. All the babies preferred the baby talk samples, which in this study were recorded in English, over adult-directed speech, but babies from homes in which English was spoken really liked it. In baby research, Byers-Heinlein says, looking indicates listening, and when the babies who came from homes in which English was spoken heard the recordings by English-speaking moms, they really perked up.

“We think that interest is the foundation of language acquisition,” she says. “They hear it and think, ‘Oh, this is something for me. I should pay attention here.’ They’re paying attention to all the human speech they hear, but they really respond to the baby talk directed at them, and we think these adaptations help the learning process for them.”

Previous studies of the use of infant-directed speech have been primarily conducted in North America on monolingual babies. What distinguishes this research from other studies is the large-scale, multi-site study on bilingual infants. The project tested 333 bilingual babies and 384 monolingual infants in two age groups: 6 to 9 months and 12 to 15 months.

Knowing more about bilingual babies is essential, Byers-Heinlein says, because the number of bilingual families in both the U.S. and Canada continues to rise. According to the Annie E. Casey Foundation, nearly 14 million U.S. kids speak a language other than English at home. In California, 44 percent of children grow up in bilingual homes. The latest Canadian census has the number of bilingual residents at 18 percent, the highest on record.

The study arose as part of a remarkable research collaboration, ManyBabies, a project that brings researchers together to address challenging questions about the nature of early development and how it’s studied.

The ManyBabies project is conducted globally with Open Science at its core. The United Nations Educational, Scientific and Cultural Organization (UNESCO) describes Open Science as “a methodology that allows scientific information, data and outputs to be more widely accessible and reliably harnessed with the active engagement of all the stakeholders.” It encourages science to be more connected to societal needs and promotes equal opportunities for scientists, policymakers and citizens, making it a game-changer in bridging the science, technology and innovation gaps among and within countries.

According to UNESCO, the Open Science movement has spread rapidly across nations since its inception and its call for the “opening of the gates of knowledge” to accelerate the achievement of scientific solutions for global challenges.

According to Byers-Heinlein, “ManyBabies is the most exciting thing I’ve been involved with in my career. I can’t believe this is a thing that is actually happening.

“Infant research has a number of problems,” she says, “one of them being that our samples are so small. How many babies can I actually test in my lab? Just finding the babies, bringing them in, convincing the parents to take part in the study and then, half the babies don’t complete the study because they cry, or they get bored or they just don’t want to. I mean, they’re babies, right? They’re just hard to study—and especially if you consider how precise you need to be when you think of infants. A baby of 12 months is very different from an 18-month-old.

“So, imagine if you want to study adults, but you only want to recruit adults who are 52 years and one month old. That’s a little nuts. But with babies, that’s how precise you need to be.

“And because of the way science works, the research has been very fragmented. I do things in my lab; you do things in your lab and maybe we publish something and talk about it at a conference. But how do we make real progress on these things and get the kind of samples we need?”

The answer, through Open Science, is that the researchers put their heads together and start creating collaborative projects like ManyBabies. Byers-Heinlein compares it to the way scientists in other fields do their work; for example, particle physicists who don’t each have their own particle accelerator but plan the science together, collaborate and make progress in particle physics that none would have been able to accomplish on their own.

“ManyBabies was born as a way for all these infant researchers to work together,” she says. “First it was a few researchers talking to each other, then emails back and forth and people began to get really excited about the idea of planning a study together, then each tests the babies in our own labs. Our normal sample size might be 16 babies or maybe 32 babies. But now, we have studies involving hundreds of babies from around the world.”

The study on bilingual babies is one of the first to come out of the ManyBabies project, and Byers-Heinlein says the collaboration is just getting started.

“It’s really unprecedented,” she says. “Think about coordinating across 69 labs and studying thousands of babies. It’s an incredible movement to work together and it’s opened up many more possibilities for further study. It’s a very rich data set. And the data is all completely public—anyone can take a look at all the data. It’s very unusual, because often scientists are hesitant to share their data with other researchers.”

For more about ManyBabies and a look at some of the other fascinating infant studies in progress, check out their website.

Meanwhile, be loud and proud when speaking to your infant in baby talk: It’s their love language, no matter what language you use.