Scientists from the Start: Babies Are More Thoughtful, More Analytical than You’d Ever Imagine 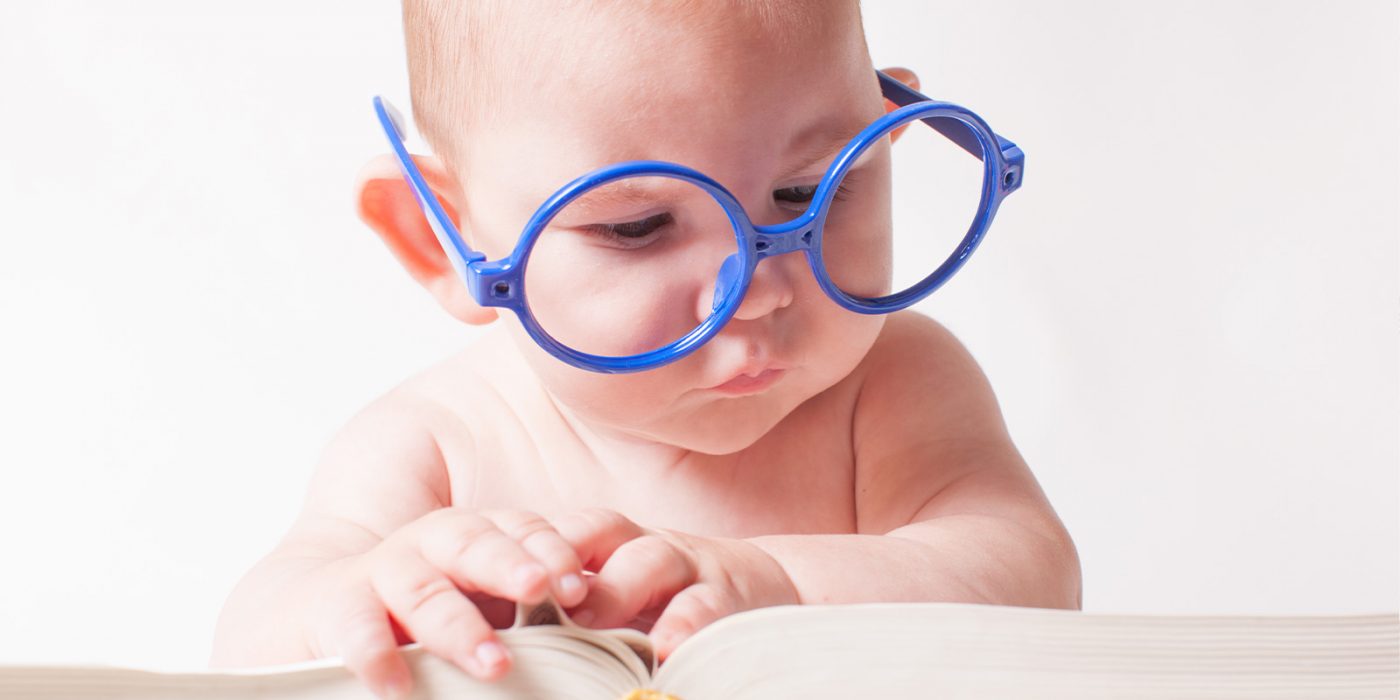 After babies master the basics of Mama, Dada and baba, and understand that they are able to summon Mama, Daddy and a bottle with a word or two, they soon move on to the most important words in human development: What’s that?

Babies occupy a world of wonder—huge and fascinating—and are bombarded via their senses with new information at every turn. From the very beginning, says Dr. Alison Gopnik, head of the Cognitive Development and Learning Lab at the University of California/Berkeley, human infants are driven by the desire to find out. Their investigations are not random but are driven by the same mechanisms that scientists use to develop theories, she says. Babies are exploring their world in ways that are exquisitely intelligent and sensitive.

For decades, a common understanding was that babies arrive as a “blank slate” that life writes on, creating the child’s reality. Not so, says Gopnik, an internationally recognized authority on children’s learning and development, and her colleagues who have studied babies for decades. Babies are born knowing certain things. From birth, they are aware of some physical properties of objects. Newborns follow objects as they appear in and out of range and they quickly begin to recognize the faces that show up in their field of vision. Very early on, newborns will begin to mimic adults’ facial expressions, such as sticking out their tongue. Consider the sequence of cognitive and physical abilities that have to be in play for just that tiny moment of an infant sticking out her tongue in response to an adult’s action and you might begin to be as blown away by babies’ innate capacities as Gopnik and her fellow researchers are.

Children develop theories, Gopnik says. They develop abstract, coherent systems of entities and rules, particularly as they consider causation—What makes that person come back and feed me? They make predictions based on evidence and they change their minds when they discover new things.

Babies are little trackers for useful information, paying attention to interesting things, and they’re completely intolerant of boredom. They don’t like to look at random things, but when they see a pattern and the opportunity to predict an outcome? They’re all in.

“One of the pieces of conventional wisdom about babies and young children has been that they aren’t good at abstract relational thinking,” Gopnik says. “But we’ve just done a paper that shows even 3-year-olds are very good at solving abstract problems.

“For example, if you say, ‘Look, here’s a wizard. The wizard waved her hand, and it made this little dog into a big dog. Now she’s going to wave her hand one more time at this little toy. What will happen when she waves her wand?’ And the child will tell you, ‘Oh, the little toy will be a big toy!’

“That’s the kind of thinking that’s tested on fancy IQ tests: ‘This is to this as this is to that.’ And it turns out that even very little children are surprisingly good at solving those tasks if you ask in the right way.”

Babies can also do a primitive kind of addition and subtraction, Gopnik says. If you put one toy behind a screen and then another one, they’ll be surprised if you lift the screen and there’s one toy or three toys, but not if there are two toys. They may not have the language to say one plus one equals two, but they put the idea together through observation.

During a child’s early years, their powerful onboard computer is chugging away, observing, connecting the constellations of neurons that make up the baby’s brain, driven by curiosity and learning about their world through experience and practice. In this wide-open state, babies and young children are easily distractible, and all options are open—which accounts for children’s incredible ability to make up wildly creative play at the drop of a hat. Nothing is ruled out, nothing is too illogical to fit.

This whole paradigm of curiosity—where it comes from, what fuels it, how it can be nurtured—is so complex that it’s one of the conundrums computer scientists working on artificial intelligence have not been able to crack. Gopnik has worked with researchers who are delving into machine learning and artificial intelligence. Some of the new computers are ridiculously smart, she says, and great at problem solving. But no one has cracked the code as to how to train them to be curious.

Humans’ unbound curiosity is a great evolutionary strategy for learning massive amounts of information, Gopnik says, but at some point, it becomes a detriment for success in daily living. At some point, humans have to take all the information they’ve amassed and put it to work to get on in life. Our survival depends on being able to stop wondering and know unmistakably that the knife is sharp, that berry is poisonous and the A train won’t get us to the Bronx.

Around the age of 5, she says, the connections that are formed get stronger and more efficient as others are pruned and disappear. At this point, the brain’s executive office begins taking over, developing the prefrontal control that allows us to ignore distractions, focus on individual tasks and plan for what’s coming next.

A significant key to this developmental trajectory, Gopnik says, appears to be having a safe, secure, caring environment in which to do all that early exploration.

“I don’t know that we’ve proved this yet,” she says, “but we can see from some ongoing research that the context of being cared for actually helps children to be curious and find out about the world. Children are born with the same kind of curiosity, but their environment can either be one where they can be safe to explore or one that says, ‘This is rough and difficult;  you should just concentrate on being safe.’

“Children are really good at being curious; it’s hard to stop them. But having to do too many things to survive, having those strong demands on their attention can destroy a child’s curiosity. The good news is, we’ve looked at children in Headstart programs, children in third-world countries and they’re all capable of curiosity and learning.

“It is important to say, however, that the 20 percent of American children who are growing up in poverty and growing up in isolation do not necessarily have the basic conditions for that curiosity. We have a lot of work to do there. But once you have those basic prerequisites in place, let the kid loose and you’ll see curiosity and learning.”

The ironic quality about curiosity and learning, Gopnik says, is that grownups can’t make their children be curious any more than scientists can teach computers curiosity, and, unlike computers, adults can’t actually make children learn.

“One thing that I observe particularly with middle-class parents here in the Bay Area is that they take this kind of approach like, ‘I really, really want my child to be curious and explorative and literate, so I’m going to sit there and make sure he’s curious.’ I think that, especially in these very high-investment parenting situations, just chilling out and practicing a little benign neglect is probably the best approach.

“Leave them alone, let them know they’re loved; make sure they have the resources they need and then leave them alone and let them explore. Adults are not good at making children learn. They just learn, so let them do it.”

Gopnik stresses that parents do have a role to play in their children’s education about life but would like them to stop seeing themselves as “just another school.” Children don’t need to be taught so much as included. They learn more naturally from watching people do what they’re good at and that they want to do.

“Babies and toddlers are maximum scientists, at a point where curiosity is the most important thing. Then, children are like little apprentices, learning from the adults in their lives how to put all those theories together in a social world and be effective human beings.”

Alison Gopnik is a professor of psychology and affiliate professor of philosophy at University of California/Berkeley where she heads the Cognitive Development and Learning Lab and is known internationally as an authority in cognitive development and language development. She has published more than 100 journal articles and several influential books, including The Scientist in the Crib, The Philosophical Baby, and her most recent, The Gardener and the Carpenter.