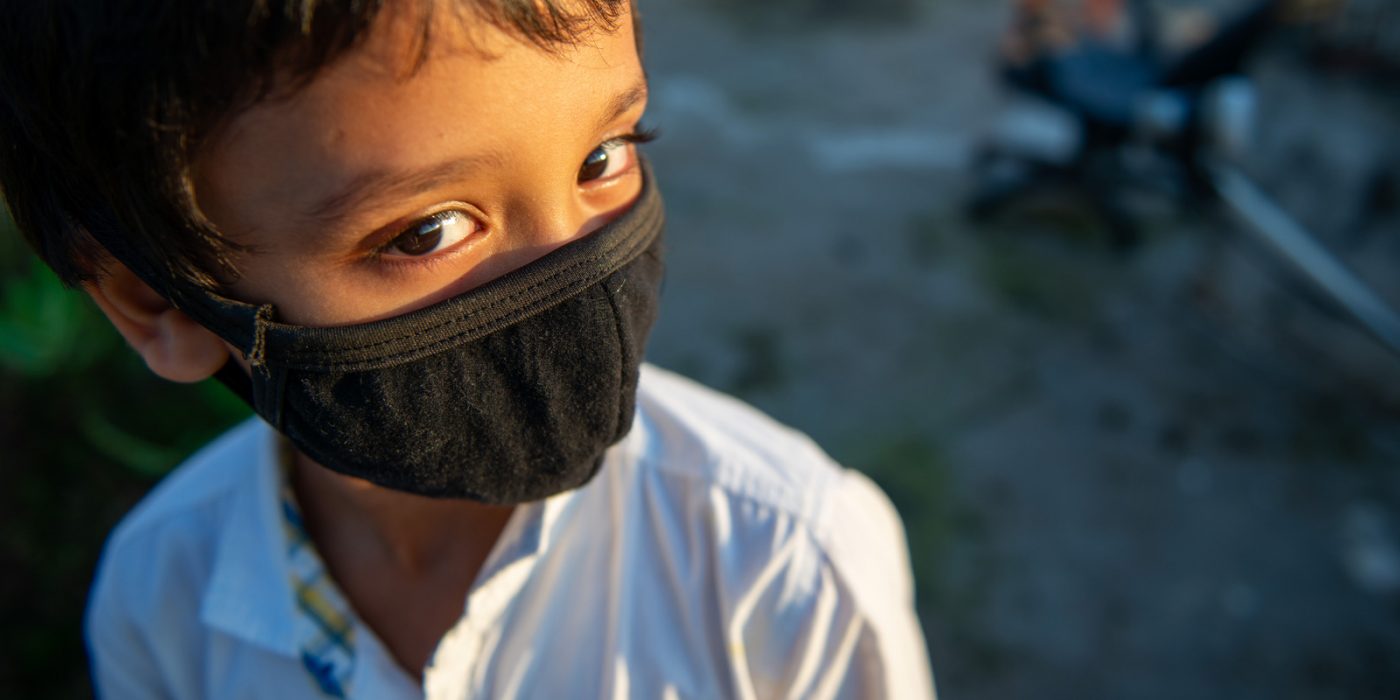 It will take a long time for us to fully unpack the damage caused by the COVID-19 pandemic. Research has begun to come out, however, that gives us an early look at both the injury and potential salves for young children. The latest is a report out of the Harvard Graduate School of Education (HGSE) that surveyed both parents and early childhood practitioners for their observations of the young children under their care. The data shows both that many children did indeed suffer from the stresses and disruptions of a pandemic year, and also that relationships continue to be reinforcing steel.

The survey—part of the “Early Learning Survey @ Harvard” initiative, a longitudinal study of nearly 1,500 representative parents across Massachusetts, and in this case including 400 early educators—was conducted between November 2020 and January 2021. Among parents, 58% reported that their children’s academic development had been negatively impacted by the pandemic, while 61% said the same about their socio-emotional development.* Similarly, slightly more than half of the early educators reported behavior changes among their charges, with 77% of those behavior changes being negative.

Assets also shone through in the data. Fully 85% of parents “agreed their child’s educator and school were doing their best to support their child.” A similar percentage said their family had spent more time together during the pandemic than before, and around half said they have been spending more time outside.

The strengths that families and educators have brought to bear arguably stand out more than the blows children have absorbed. It’s notable that nearly half of the early educators in the sample did not notice significant behavioral changes, while four in ten parents did not see negative impacts on their children. Some of this likely reflects privilege that insulated more affluent children (the survey does not provide crosstabs to break down the data by income, race, etc.), but it also comports with child development research.

Children are incredibly malleable when they have a sturdy ecosystem of caring adults surrounding them. They are often taking their cues from their caregivers, even when things go awry: Is this under control? Am I safe? Are my caregivers still reliable? It brings to mind a quote from noted child psychiatrist Dr. Bruce Perry, who has written that even in cases of extreme trauma, “the more healthy relationships a child has, the more likely he will be to recover from trauma and thrive. Relationships are the agents of change and the most powerful therapy is human love.” The American Academy of Pediatrics echoed that sentiment in a just-released policy statement on the importance of ‘relational health’; one of the statement authors, Dr. Andrew Gardner, said that “the concept of drawing on positive relationships as a shield against the toxic stress caused by adverse experiences has never been more relevant.”

The survey data also suggests the importance of ensuring caregivers are not overly stressed out as children continue returning en masse to early care and education settings. As WBUR reported: “‘What’s important about [the data], is that it tells us something we really need to pay attention to as children go back to those outside-the-home settings where they learn and play,’ [HGSE Professor Stephanie] Jones said, noting that it would likely be harder for kids to learn academically if they don’t have support for emotional regulation and social skills.”

Practically speaking, the current precariousness of children means it is all the more urgent to surge support to early care and education professionals. At the moment, these practitioners are not only confronting unknowns of the rising Delta variant, but massive staffing shortages that are leading many to be pressed into extra service, with little choice but to work longer hours or be unable to take days off. Getting permanent public money into the child care system is imperative so programs can substantially improve wages and benefits and staff back up to normal levels. Similarly, now is the time to make the expanded child tax credit permanent so parents facing financial uncertainty know they can take a long-needed deep breath.

Children have persevered through the pandemic, but this report shows they have not emerged unscathed. Setting aside all valid concerns about impacts from the ragged state of child care on the nation’s economic recovery and working mothers, if we want our young children to flourish, we must make sure their caregivers are able to put their oxygen masks on first.

*Note: Because the ELS@H survey is longitudinal and started a few years ago, the average age of the children parents were reporting about was 7 years.