Reshma Saujani: Founder of Girls Who Code and Marshall Plan for Moms Galvanizes People Around Ideas 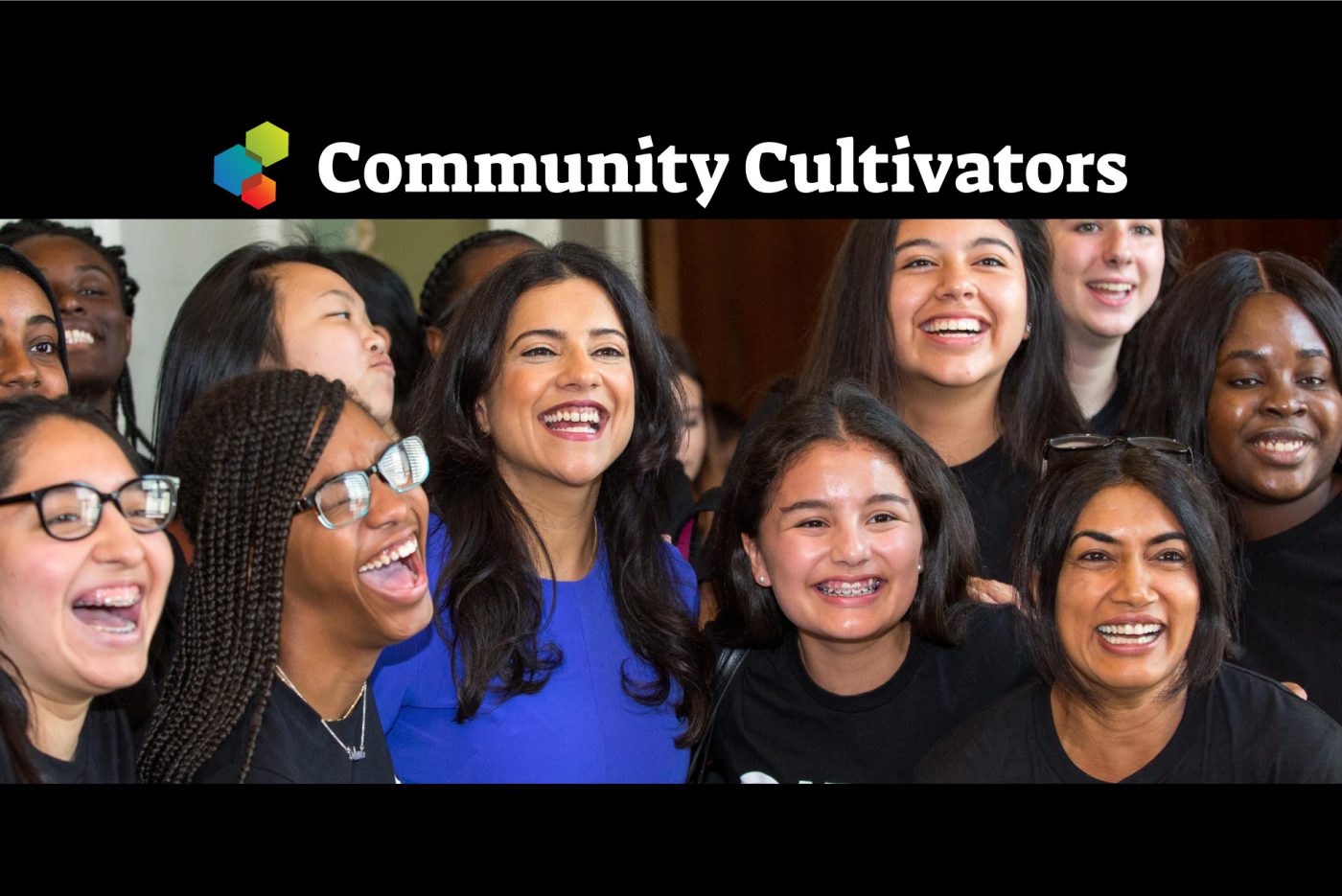 How is coding like dancing? It’s a question that Reshma Saujani, founder of Girls Who Code has put to 450,000 girls around the world since 2012. She saw the power of the question with fresh eyes in 2018, on a visit to a refugee camp on the border between Jordan and Syria.

“Our philosophy of change,” Saujani explains, “is that if you can teach the hardest-to-reach girls, the students that everybody has counted out, you can teach anybody.”

“Girls are changemakers. Girls will heal us, save us and lead us. If they’re going to solve COVID, cancer and climate, they’re going to need technology and coding in their arsenal.” — Reshma Saujani, Founder, Girls Who Code and the Marshall Plan for Moms

There was no WiFi at the camp, so Saujani and her team were trying to teach refugee girls the fundamentals of computer science through dance. Religious structures forbidding dance threatened to block off this methodology, but then Saujani noticed the girls closing the blinds. “And they just started dancing like I have never seen. In that moment, they were just free,” she recalls.

Schaumburg, Ill., in 1987, was an unlikely place and time to launch a social movement. Homogeneity defined the decade and the Chicago suburbs where I grew up.

Saujani, the daughter of Indian refugees from Uganda, had other plans. At 12 years old, she started an after-school club called Prejudice Reduction Interested Students Movement—PRISM for short—and led a march to reduce racism in the school and the community. “Growing up brown in a white town had a profound effect on me,” she recalls. “I was so mad that my parents named me Reshma. Nobody could pronounce it. I would think, ‘Why didn’t you name me Rebecca or Rachel or something that would be on one of the little key chains at Kmart?’”

Her classmates teased and bullied her, and xenophobic vandals targeted her house. “I remember just watching my dad quietly wiping off the words with Clorox. He seemed to regard such ordeals as social tax to being in this country. And I very much remember looking at him thinking, I will never be like that.”

Looking back, she sees these experiences as a gift, “because they really helped me find my voice, and it galvanized my passion for fighting for racial equality, racial justice and the underdog.” Her father’s quiet tolerance in the face of having his home vandalized may have disappointed her, but he also inspired her through books. She remembers him reading aloud from “these little Reader’s Digest books that were about Eleanor Roosevelt, Mahatma Gandhi and other change makers. I was just inspired by those stories. Since I was a little girl, I felt very much like that was my dharma. That is what I was put on this earth to do, to make a difference.”

The passion to build and sustain Girls Who Code started with a vision. “Girls are changemakers,” insists Saujani. “Girls will heal us, save us and lead us. If they’re going to solve COVID, cancer and climate, they’re going to need technology and coding in their arsenal.”

Saujani describes nearly 10 years of organizational growth as the story of discovering girls who hear about the vision and say, “Yes, that’s me,” as well as parents who say, “Yes, I want to support my daughter with that” and teachers who say, “Yes, I have this student who is in the library all day long, and she would be great for that movement.” Under the leadership of CEO Dr. Tarika Barrett, the organization reaches students all over the world through clubs, immersion programs and remote learning.

Girls Who Code, Saujani often notes, is about more than expanding the female workforce in the technology sector. Since technology is changing every industry, these girls are destined to leave an impact on education, government, the arts, business—you name it.

During the global pandemic, the same determination and entrepreneurial spirit that ignited the creation of Girls Who Code, also took Saujani in a new direction “Droves of moms were being forced to leave the workforce because schools were closed,” she recalls, “or they were in jobs that weren’t pandemic-proof. Moms were really asked to be these perfect martyrs and not to complain and to just do everything.” Moms, especially moms of color, suffered disproportionately during the pandemic.

Saujani decided the time was ripe for a new movement. Marshall Plan for Moms calls for U.S. mothers to be adequately compensated for their unseen labor. She says it’s about calling attention to longstanding assumptions—and daring to imagine alternatives to treating mothers as America’s social safety net—as much as it is about passing legislation.

Saujani on a Family Trip to Disney World

On #FailureFriday today I’m reflecting on something a little deeper than the usual. If you follow me you know that baby Sai was carried by a surrogate, Amber, who came into our lives after years of fertility struggles, or, as I perceived them at the time: failures. Read more…

Saujani on a Family Trip to Disney World 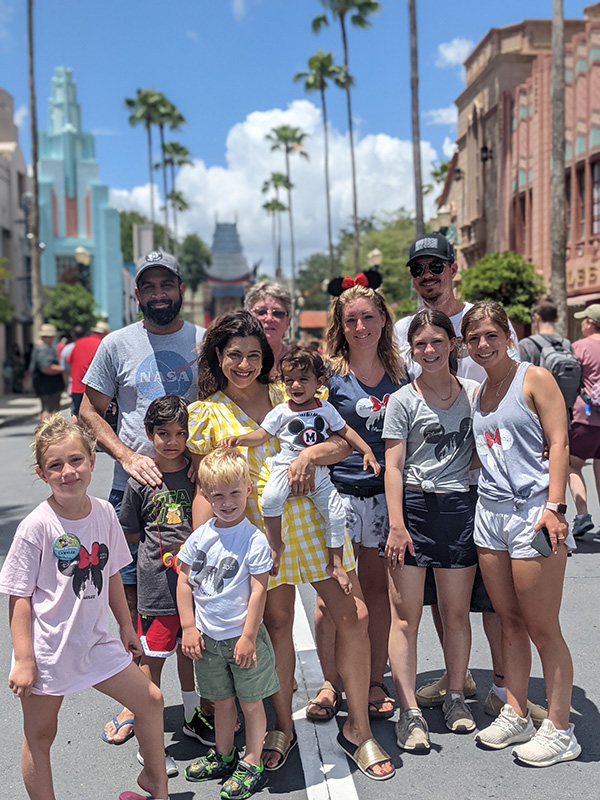 On #FailureFriday today I’m reflecting on something a little deeper than the usual. If you follow me you know that baby Sai was carried by a surrogate, Amber, who came into our lives after years of fertility struggles, or, as I perceived them at the time: failures. So last weekend we took Amber and the whole family—her husband Tim, her parents, her four kids, and us—to Disney World. They had all been there for the journey, supporting Amber, and we wanted to say thank you for their love and generosity. As we were all sitting there in the safari car at Animal Kingdom, excited but also (in true family vacay fashion) a little grumpy because it was so damn hot, my mind went back to how much pain had brought me to this moment of utter joy. And I wasn’t alone. I loved watching Amber’s face light up with happiness and pride every time little Sai grabbed my face and kissed me and giggled. We’re so grateful to have adopted, and been adopted by, another family—different from our own—but the same in all the ways that matter. And here’s to letting our so-called failures give way to greater joy than we have ever known.

Since being introduced by Congresswoman Grace Meng and Sens. Amy Klobuchar and Tammy Duckworth, the Marshall Plan for Moms has gained endorsements from a wide range of national leaders. “The problem has been simmering beneath the surface for a long time, but we’re at the point where we require bold and decisive action,” stated Kimberly Churches, CEO of the American Association of University Women.

Kristin Rowe-Finkbeiner, executive director and CEO of MomsRising, said, “This resolution should be a blueprint for lawmakers working to help moms, families and our country recover.” Celebrities and activists including Julianne Moore, Amy Schumer and Gabrielle Union have signed on to the plan.

“The big revelation that I’ve had after this past year,” Saujani says, “is that you can’t get gender justice in the workplace, unless you have gender justice at home.” After decades of feminism, she notes, the majority of housework is still done by mothers. It’s still deeply American to believe that’s just the way it is.

Saujani says Girls Who Code and Marshall Plan for Moms were both conceived as movements. “In both cases,” she says, “there’s a bigger vision to galvanize people and get them to be a part of it.” Like many women leaders, Saujani has found that sharing personal stories is a way of inspiring others and mobilizing action. “I’ve had lots of life challenges,” she says. “I probably talk to a woman who’s struggling with infertility, every day. The ability to help heal other people by discussing your own pain can be really powerful.”