Good and Good for You: Ellie Krieger’s 5 Food Tips for Children and Families 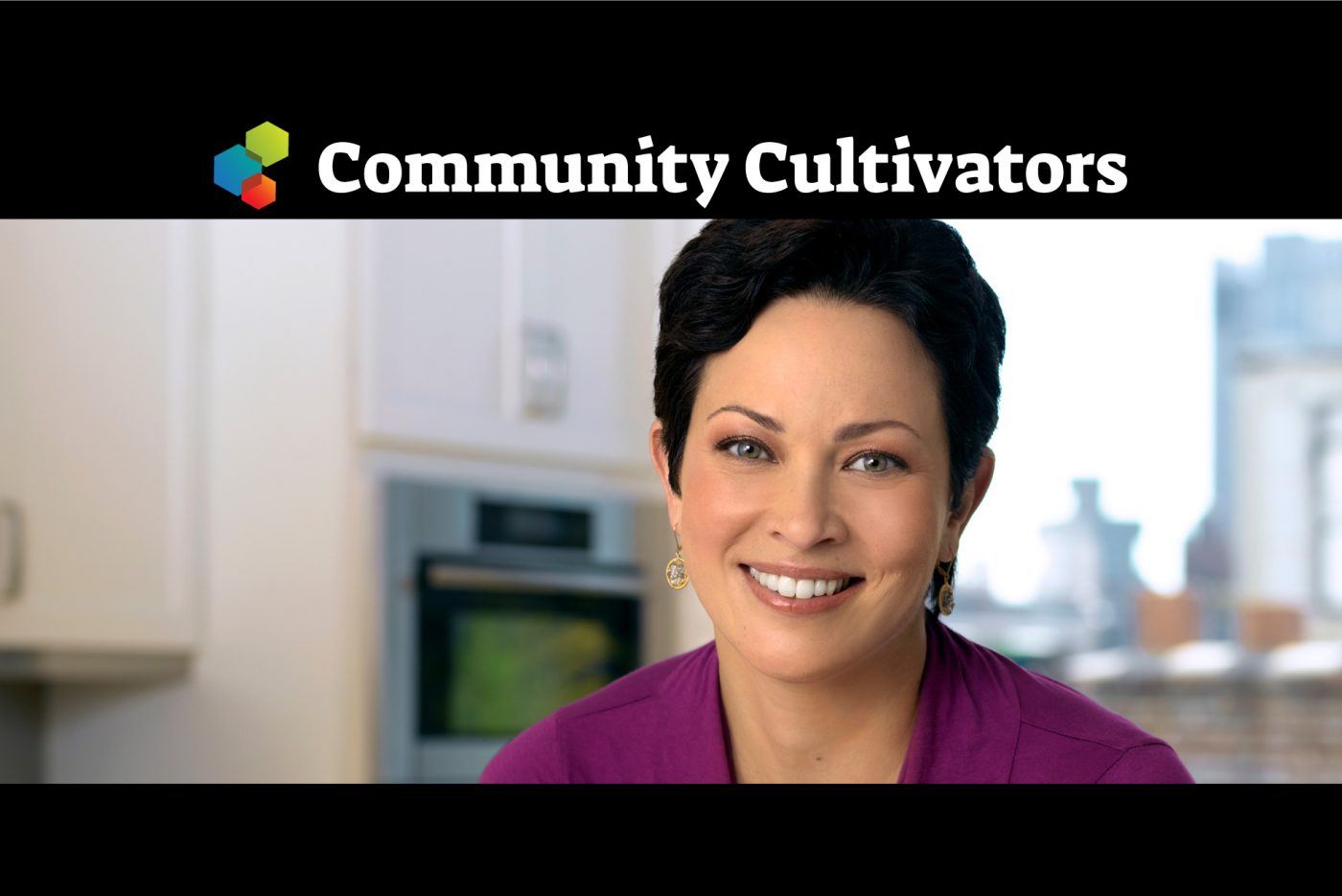 It all started with a spanakopita. Ellie Krieger was about eight years old, and her mother and aunt took her to a Greek church festival. “My aunt hands me this unfamiliar food,” she recalls. “I look at it, puzzled, and she says, ‘Would I steer you wrong?’ so I take a bite, and it’s just nirvana: flaky filo dough stuffed with savory spinach and feta. Ever since that moment I’ve been trying to get back to that taste experience.”

Food is powerful. Food can trigger memories. It can bring families close together and it can help us connect to other cultures. That, in a nutshell (or a filo puff), is the story of Krieger’s decades-long crusade to help America learn to love healthy food. “Food can open doors to relationships and to understanding people better,” says the registered dietitian and nutritionist, best-selling cookbook author and host of public television’s Ellie’s Real Good Food. “It is a very natural portal to community.”

When Krieger talks nutrition, she often encounters deeply rooted food anxieties, some of which she has experienced firsthand, but her resolute faith in vegetables—coupled with a refreshing lack of judgment—helps families to discover healthy meals together.

Here are her five tips for parents and caregivers looking to achieve or restore food sanity:

1. Erase the idea of a children’s menu. Krieger understands that different people have different taste preferences. “We’re born with likes and dislikes,” she acknowledges, “but a lot of it has to do with exposure.” Parents often reflect on their own histories with food and jump to conclusions about what their children will enjoy. One conclusion to avoid is labeling certain dishes as appropriate or inappropriate for the little ones.

“If I could,” she says, “I would take an eraser and erase the children’s option off every restaurant menu. We really have invented this ‘kid food’ thing. Historically, and if you look at different cultures around the world, kids are eating what the rest of the family is eating.” She adds that the children’s dishes might be slightly less seasoned or a softer texture, depending on their age. (Also, for the record, she has nothing against chicken fingers.)

2. Don’t give up on picky eaters. The home version of the children’s menu is the nightly plate of plain noodles with butter. How do you introduce variety? Krieger recommends remembering what it’s like to be two years old: “When you’re that age,” she says, “You don’t really have much control over your life. Imagine if someone could pick you up and move you. But they cannot force you to swallow something, so that is one thing that you can control.”

Don’t fall into the trap of begging or tricking children into eating a dish they’re refusing; that just fuels the power struggle. Krieger’s daughter, now a college student, has always disliked chicken, and when she used to refuse any of the many chicken dishes Krieger cooked, she was allowed to eat whatever else was on the table or, at most, Krieger would open up a can of chickpeas to accommodate her. Her daughter still doesn’t like chicken, but along the way she has developed an appetite for diverse flavors.

“Try looking at taste as something that is dynamic, not set in stone,” Krieger advises. “They might not like mushrooms or asparagus the first time, but then they might like it the fifth time. There’s research that shows it takes up to 12 exposures.”

3. Visit the farmer’s market. The produce section of the grocery store can be full of wonders, but there’s something magical about the local farmer’s market, where the growers are often right there displaying the products of their labor. Krieger goes weekly. “I have a conversation with my farmer and find out what’s there, what’s coming up, what he’s growing now.”

Her favorite farmer’s market remained open—with precautions—throughout the pandemic, and she calls it “one of my tethers of happiness.” And here’s where Krieger reveals a truth that might be unsurprising but nonetheless caught me off guard: “I often think of myself as a vegetable marketer,” she says. “It might appear like I’m talking about a fabulous, easy-to-make recipe, but secretly I’m doing it as a way to get people to eat vegetables.”

4. Entertain—without wearing yourself out. Krieger’s demeanor on TV is upbeat and confident, but she confesses that, like many driven people, it’s “sort of that duck thing, that the duck is just gliding along the water, but underneath they’re paddling like crazy. So there’s definitely a part of me that feels not always calm and not always soothed but actually sort of harried and sometimes insecure about everything.”

She’s learning to balance her ambitions and her need to unwind. When it comes to having company over, she tries to go easy on herself. “If you’re feeling stressed, like you’re having to do a million last-minute items, then you’re not going to be able to really engage with guests in the way that you’re hoping to.” Her suggestion: laying out the fixings for a home “taco night” or grain bowl, which can be sorted ahead of time. It’s festive and fun and healthy and has the added advantage of letting people assemble their own dishes according to dietary preferences or food allergies.

5. Organize a food festival in your community. Asked about how she chose to study nutrition in college (Cornell) and graduate school (Columbia), Krieger initially makes it sound simple: “I always just loved eating.” But when she adds, “And in my family, food was love, and I was very well loved,” she acknowledges early struggles to with overeating, undereating and disordered eating. “I found a place where I could love food in a healthy way.”

By the time she had a family of her own, she wanted to share what she’d learned—not just on TV but in her neighborhood. She started a wellness committee in her daughter’s public school, recruiting some other parents to join her. “One of our initiatives was a tasting experience for the kids in the lunchroom. We roasted cauliflower and served it before the school lunch.” More than bestselling cookbooks or hosting a popular series, she seems especially proud that, years later, one of the participants approached her on the street to thank her for the cauliflower.

Krieger’s approachability onscreen and off spills over into her vibrant online presence. On Facebook and Instagram, she solicits cooking suggestions and perspectives, which she then incorporates into her show and books. “I’m always learning from people,” she says. “I try to approach every single day and every moment as a learner.”