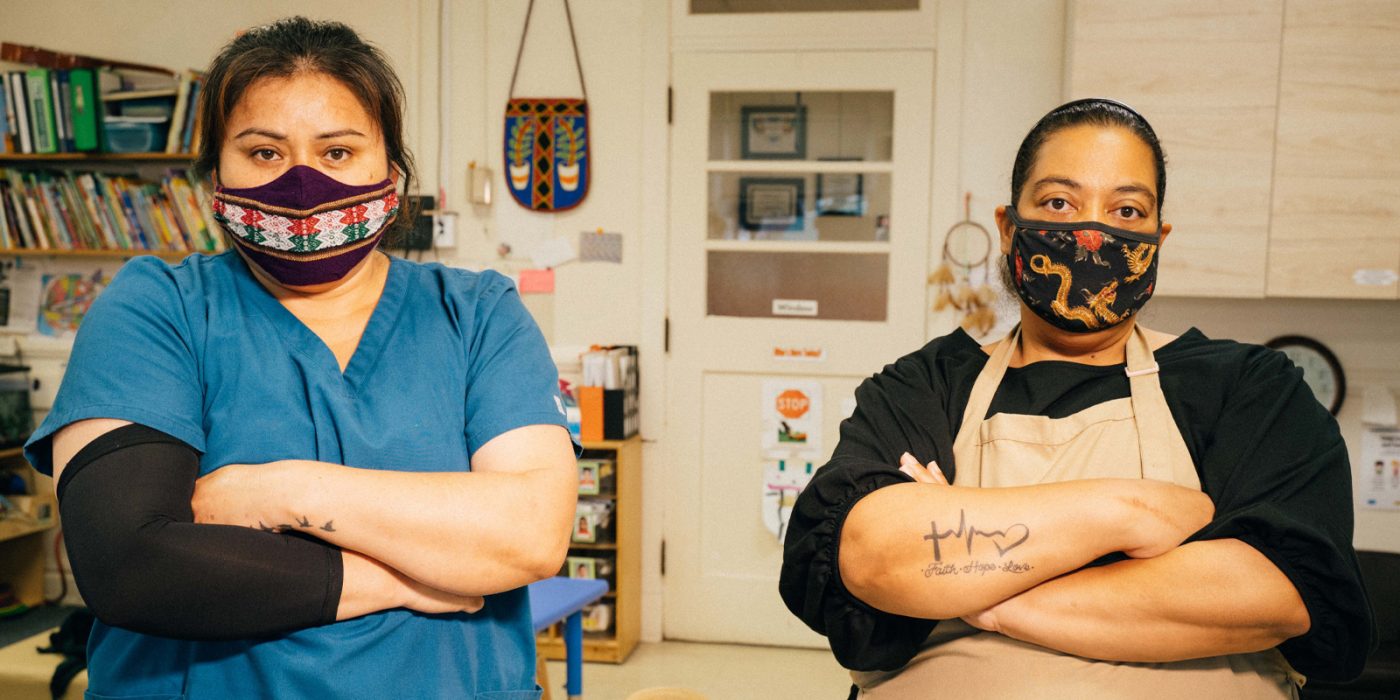 Child care workers are the backbone of the economy and a smart new campaign from the National Women’s Law Center celebrates our child care workforce while working to strengthen the field. The #WeAretheBackbone Campaign states: “They have held us up while we have left offices bare and streets cleared. 92% of these essential workers are women and specifically, Black and brown women. We can’t talk about valuing care and opening the economy without prioritizing child care workers.” 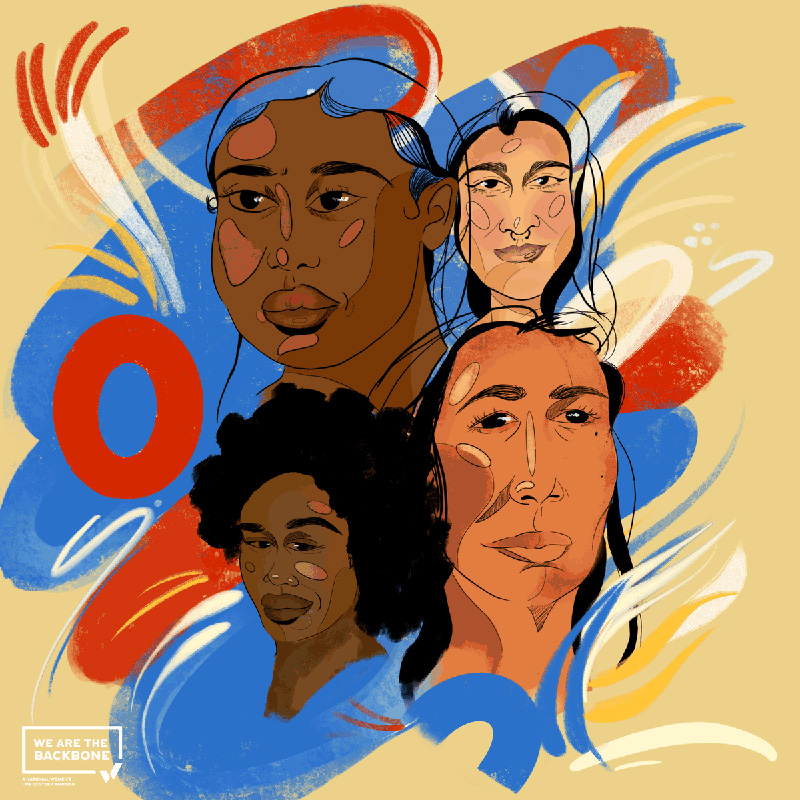 Now, as employees begin to head back into offices in large numbers, child care is top news as families seek quality, accessible and affordable child care. Unfortunately, families are finding it difficult, even impossible, causing women, in particular, to leave their jobs in record numbers, hurting families and the economy.

Research from New America reports that high-quality care is difficult to find, hard to afford and pays poverty wages to the care workforce. One Center for American Progress survey found that 83% of parents with a child under 5 said finding quality care in their area was a “serious problem.” Another found that nearly 1 million families never found the program they wanted. Families with limited resources report having the least likelihood of finding and affording the high-quality care that meets their needs. And a recent ReadyNation study that examined the economic impacts of the nation’s infant-and-toddler child care crisis on working parents, employers and taxpayers, estimated an annual cost of $57 billion in lost earnings, productivity and revenue.

Despite the terrible news and concerning outlook, many child care centers are finding their footing. For example, the ACCA Child Development Center in Annandale, Va., educates 200 children ages 3 months through 5 years. The site closed for just two days at the start of the pandemic, and ever since, its team has adapted and worked closely with families to ensure all of their needs are met.

I visited this former elementary school building, just 13 miles southwest of Washington, D.C., and met four women on whom the community depends. Mary Beth, Elba, Jenna and Nicole appear on billboards that are part of the #WeAretheBackbone campaign, which has arisen at a time when Congress and state legislatures are making important decisions about how to fund caregiving.

“I love this work,” she says, describing the constant hubbub of a classroom with 13 three- and four-year-olds, many with special needs. “I grew up loving kids,” she says. “My mom always told me there are special people who can work with young children, and I’m one of those people.”

She’s proud to be part of the NWLC campaign because she sees how the pandemic has woken people up to a role that has been overlooked for most of her career. “People are starting to realize how much we do,” she says.

During the pandemic, she says, the trusting relationship she’s always enjoyed with families has grown even deeper, and it makes her reflect on her own upbringing. “Back in Bolivia,” she says, “there was nothing like this for me. I wish I had all this.”

It sometimes bothers her that people think of her work as babysitting. “Just like the teachers in public schools,” she maintains, “we’re actually teaching every day.”

Nicole sees a bit of herself in the children she cares for because she, too, comes from a low-income immigrant family. Her mom had a home day care, and she remembers the long hours and hard work. “The system,” she says, “is built on the overtime of teachers.”

Child care counts as infrastructure, she says, “Because when we’re sick, we have to bounce back, fast, because the kids need us—and so do their parents.”

Kae Bieber, Education program manager at ACCA, who sends her own grandson here, says many of the parents work for the Inova network of five hospitals in northern Virginia, which serves more than 2 million patients a year. Just like anybody else with a job and kids, they need reliable child care to do their work. It’s just that their work happens to be providing care during an unprecedented public health crisis.

Bieber says all of her teachers have gone above and beyond during the pandemic. For example, they converted their school kitchen to a commercial kitchen in order to serve more meals. “The Fairfax County Health Department visited,” she recalls, “And they said, ‘Why didn’t we think of that?’”

Bieber says the partnership with NWLC on #WeAretheBackbone makes sense for ACCA. “We’re outspoken,” she says. “We are willing to push the state and local government on policy.”

Melissa Boteach—NWLC’s vice president for Income Security and Child Care/Early Learning—says we’re seeing the biggest debate on care work in a generation, and that’s why the campaign intends to shift the narrative. “Looking at care as public infrastructure rather than personal responsibility means collectively taking care of the caregivers,” she says. Part of that means voters and legislators will stare Mary Beth, Elba, Jenna and Nicole in the eyes and, hopefully, commit to increasing support.

“They’ll look back on the past 18 months,” Boteach says, “and remember just how easy it is to bring the system to its knees.”

Noting all the essential workers—from hospitals and beyond—who send their children to ACCA, Jenna says, “We are the backbone of the backbone.”