Working from Home in West Virginia, Championing #PaidLeaveforAll in Her Spare Time 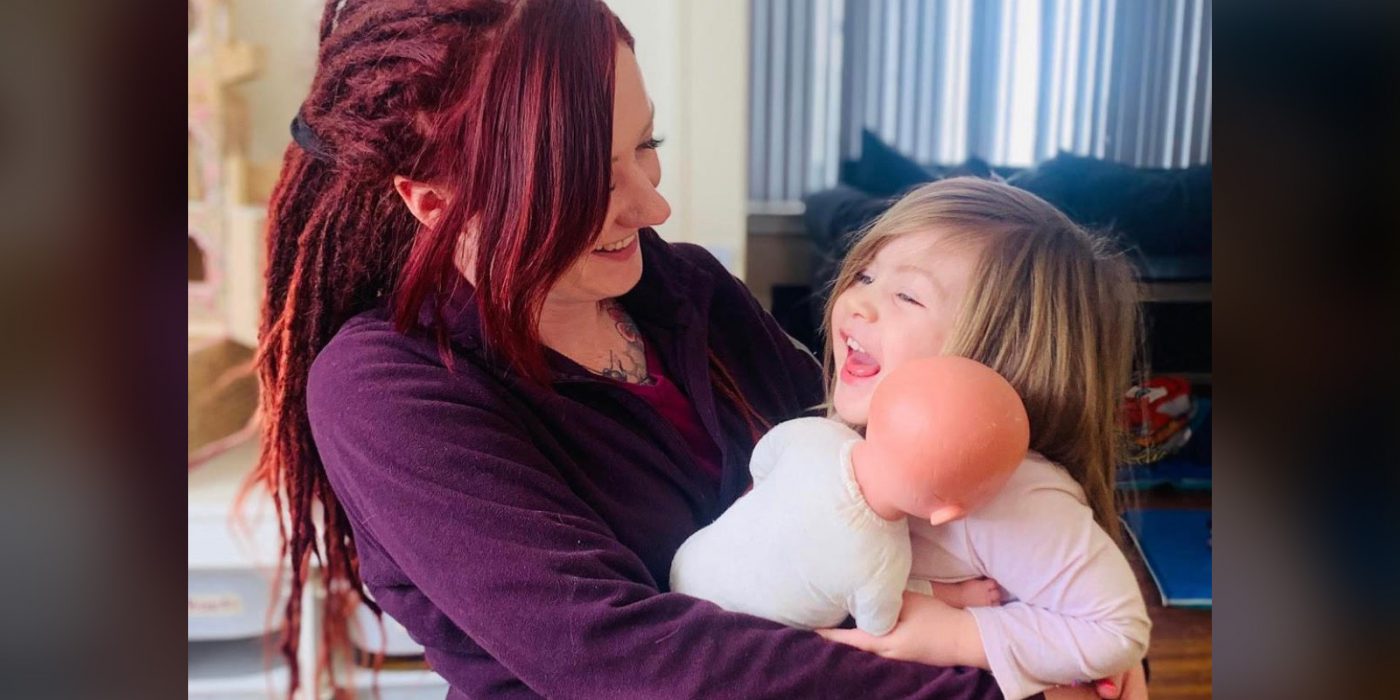 If Tiffany Gale got eight full hours of sleep a night, she’d never be able to get everything done. In addition to owning and operating Miss Tiffany’s Early Childhood Education House out of her home in Weirton, W.Va., she is active in her local Chamber of Commerce, Rotary Club, parks and recreation department, is training for a marathon, and has individually emailed each and every of her state’s hundred delegates about the financial stress on businesses like hers. (She also took the photos accompanying this story.)

“I’d never been involved in politics before,” she says. “But it was that important. The children can’t contact their representatives, so I have to be a voice for them.”

She describes a two-year-old boy and a three-year-old girl whose parents are struggling with addiction. Guess who ends up watching these toddlers when their grandparent has to take an extra shift at the mill?

Originally from Columbus, Ohio, Gale remembers how her single mother had to tighten her belt in order to care for two daughters. She describes how her teachers went the extra mile to make sure she had educational opportunities, how she worked two jobs en route to earning her associate’s degree in early childhood education, and these experiences have stayed with her as she makes room at Miss Tiffany’s for families on public assistance.

Gale has worked in child care for 10 years and has had her own business here in Weirton—45 minutes west of Pittsburgh, Pa.—for two years. Miss Tiffany’s educates up to 12 children between 6 weeks and 12 years of age. The toddlers go in the dining room, now converted into a toddler classroom; the preschoolers go in the living room, now converted into a preschool classroom. Gale says her husband, an x-ray technician, is very understanding. 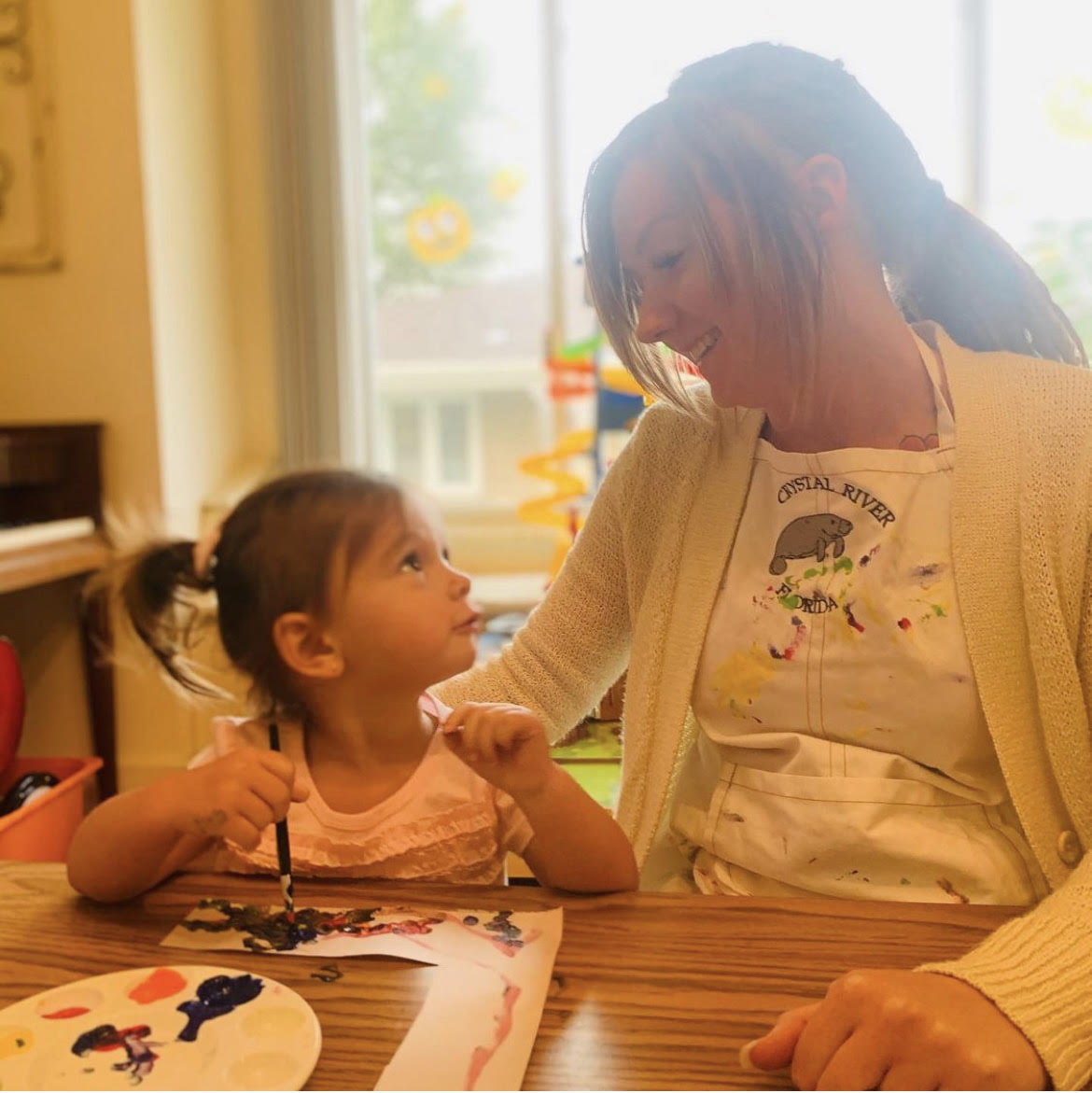 When Gale advocates for child care businesses in correspondence with delegates and in person at the state capital, she emphasizes how paid leave proposals might actually make her operation financially viable. “It makes sense for the workers, for the employers and for businesses like mine because, after all, I’m a business, too.”

She informs legislators that Miss Tiffany’s opens as early as 5:00 a.m. to accommodate parents’ work schedules. Occasionally, children have to stay overnight. She describes a two-year-old boy and a three-year-old girl whose parents are struggling with addiction. Guess who ends up watching these toddlers when their grandparent has to take an extra shift at the mill?

👉“Child care providers cannot afford to make any less, and parents can’t afford to pay a penny more. So it will take outside intervention to correct the system.”

“West Virginia did a lot of good things at the start of the pandemic,” Gale says. Deemed a “crisis child care site,” her business received funds for educating the children of frontline workers, but the reimbursement rates are low, and she gets paid only if a child shows up—even though she has to hold the space open either way.

Legislation hasn’t advanced at the state level, but Gale believes she has helped the delegates understand that child care must do more than merely exist. It has to offer quality education during the important early years, or else kids in poverty will miss out on the best hope for building better lives than their parents have. “We are impacting the lives of the future,” she says, “and we’re making minimum wage, if that.”

Dawn Huckelbridge, director of the Paid Leave for All coalition, says Gale’s story is all too familiar. “This is such an obvious winning issue for both sides of the aisle,” she says. “Obviously, the pandemic has shown us all just how urgent it is for all working people to have paid family and medical leave. This funding shields the most vulnerable from catastrophe, and it keeps businesses like Miss Tiffany’s afloat.” Labor unions, veterans groups, racial justice organizations and health care professionals have signed up for the campaign.

👉 “I was forced to go back to work far sooner than I was ready to because my growing family needed the income to survive.”

Huckelbridge notes that a national paid leave policy is included in the federal budget package that leadership has said they want to pass in tandem with the infrastructure bill if they can secure the votes. The policies in the budget, like paid leave, are some of the most popular in the country.

Gale remains worried about the long-term sustainability of her enterprise. Parents pay her $150 per week. For all the hours she works, after she pays her two employees enough to keep them from defecting to Burger King and accounting for the cost of books, supplies, learning activities and so on, her profits come to barely $30,000 per year.

“I try to look at things logically,” she says. “And the way things are set up now just don’t add up.”