Michigan’s First of Its Kind Program Shares Child Care Costs Between the State, Employers and Employees 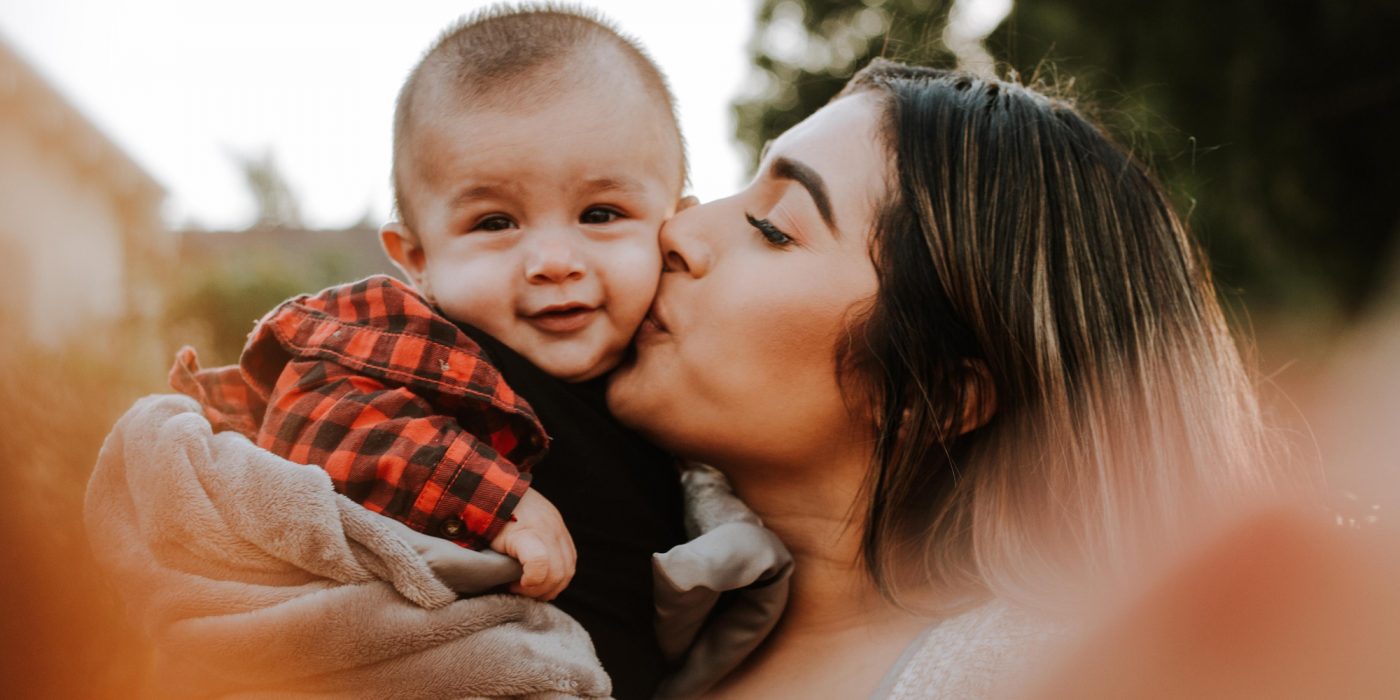 Photo by Omar Lopez on Unsplash

As a state representative in Michigan, Greg VanWoerkom has gone on a lot of tours of local businesses to find out what issues are impacting them. A few years ago, when he toured a series of manufacturers, they all separately kept raising the same three things that were holding their workforces back: potential employees didn’t have the right skillsets, those who did lacked reliable transportation, and potential and current employees weren’t able to secure affordable and available child care.

The latter issue is not necessarily something Republicans like VanWoerkom champion frequently. But, he said, “I knew it was an issue that we had to figure out and deal with.”

And thus the seeds of the MI Tri-Share Child Care Pilot Program were planted. The first of its kind in the country, the program gets at the high price of child care by creating a cost-sharing program in which the state, employers and employees all share the cost of care evenly. Launched in March with $1 million in state funding, it’s overseen by the Michigan Women’s Commission, part of the state Department of Labor and Economic Opportunity, and is currently operating in three areas of the state: Muskegon County, the Northwest Lower Michigan, and the Great Lakes Bay Region. Those three were picked to represent urban, suburban, and rural settings in order to assess whether and how the program can work in different settings.

In the summer of 2019, the Grand Rapids Chamber of Commerce decided it wanted to bring business into the process of coming up with a solution for the state’s child care crunch. So it convened a statewide coalition made up of businesses, legislators like VanWoerkom, children’s advocacy groups and researchers. They were looking for something that could “start moving the needle,” said Alexa Kramer, director of government affairs at the Grand Rapids Chamber, an issue they could “all [be] aligned on.” When VanWoerkom raised the Tri-Share idea, they “all decided that was a perfect way to bring business into the fold,” she said.

The first of its kind in the country, the program gets at the high price of child care by creating a cost-sharing program in which the state, employers and employees all share the cost of care evenly.

Then the pandemic only heightened the urgency of addressing child care shortages so employees can get back to work. According to a report from the Michigan Bureau of Labor Market Information and Strategic Initiatives in March, about 136,000 women had dropped out of the state’s workforce entirely. Just as child care and school closures have been linked to women leaving jobs in the rest of the country, Cheryl Bergman, executive director of the Michigan Women’s Commission, thinks that’s probably the situation in Michigan, too.

The employers VanWoerkom has talked to tell him they “wanted to be part of the solution, they just didn’t know how,” he said. Some had tried to start their own on-site child care options, but “they quickly found out that’s not their bailiwick, that’s not what they do,” he said. “They needed someone else to help with it.”

Out of that came the idea for Tri-Share’s facilitator hub, which helps connect employees to licensed child care providers that offer options that work for the families and their children. Each of the three hub operators already had established relationships with both child care providers and employers in the area and were then able to “connect supply with demand,” Kramer said, and bring in experts to help solve the problem, rather than leaving it up to employers or employees who don’t necessarily have good information about the market. It’s an idea that’s been applied to the healthcare market before, but rarely to the child care market, where families often struggle to research and locate the child care options that would actually work for them. The hubs are “the secret sauce for employers,” Kramer said.

The program is voluntary for employers, and as of August 30th 16 employers were participating across all three regions, according to the Michigan Women’s Commission. Kramer said the businesses are from different industries and of different sizes, showing that there hopefully aren’t barriers to companies of certain sizes or certain sectors.

All of the people who helped create it hope that more employers will be incentivized to join by the idea that addressing a lack of child care will help bring more people into the workforce, and that offering this as a benefit will help them hire and retain talented workers—an even more urgent issue in a labor market in turmoil thanks to the pandemic, where employees are in high demand and reevaluating their career choices. “Employers are able to say to their employees, ‘I hear you, I get this is a barrier, and here’s what I’m doing to help you,’” Kramer said. Employees who find out about it, too, can go to their employers and ask them to join—at least one employee has already done so, Bergman said.

By having employers invest their own dollars into the system, VanWoerkom also hopes they’ll be incentivized to ensure that there are high-quality child care options available—they’ll want to make sure they’re getting their money’s worth.

Michigan already offers child care subsidies to families earning up to 150 of the federal poverty level, or just under $40,000 a year for a family of four. The Tri-Share pilot is meant to help people just outside the reach of that program—“the families who don’t qualify for the state child care subsidy but still struggle to meet child care costs,” Bergman said. Eligible families are currently those who make between 151 and 250 percent of the poverty line, or up to $66,250 for a family of four.

The program was intentionally designed as a pilot so that the idea could be tested out in different areas and lessons could be gleaned about how best to do it.

“We didn’t come in with all the answers here,” VanWoerkom said. “It was about setting these things up and letting people figure it out.” Kramer agrees. She “expect[s] there to be failures,” she said. “I want things to go wrong just so we’re able to figure out the best way to put on this program.”

Why would a Republican pioneer a new government approach to child care? VanWoerkom sees it as a “workforce issue,” he said.

“I know a lot of highly talented folks that are either sitting out or left the workforce after they had a child, or they’re just waiting until the child gets into school to come back,” he said. “There’s a very talented workforce out there that is not participating because of the cost of child care. People sat around the family dinner table and did the family budget and decided that it doesn’t make sense for one of them to work because of the cost.”

The same motivation made the Grand Rapids Chamber invest in the issue of child care long before the idea for the Tri-Share program emerged. It “always had child care on our legislative priority issue list,” Kramer said. “We always viewed it both as an early education issue”—an investment in the next generation of workers—and “a workforce development issue. Once parents have more reliable child care, they’re able to enter the workforce.”

It’s also about entrepreneurship. Many child care centers are run by people with a passion for children and supporting working parents, people who launch offerings in their own homes or whatever spaces they can secure. “These are entrepreneurs trying to make it,” VanWoerkom said. By knowing that some of the spots in their programs are being covered not just by parents alone, who may not be able to afford to keep paying, but also by government and employer funding, it should help them feel like they’re on more stable financial footing.

It’s a “conservative approach,” to the issue, VanWoerkom argued. He wanted to bring other resources to bear on the problem of unaffordable child care, not just government funds—thus the plan has private businesses share in the cost. He wanted people to “have their own skin in the game,” so families still pay a third of it on their own.

The hope is to eventually expand the pilot. Bergman wants it to “become a sustainable program” that gets “expanded statewide,” she said. Governor Gretchen Whitmer proposed adding an extra $2.2 million in funding in her 2022 budget, which would allow it to expand to “a couple more” regions, Bergman said. So far there seems to be the will to make it bigger. “There’s lots of great bipartisan support and energy around expanding and making this pilot a little bigger,” Kramer said. Private funders have also expressed interest in throwing their money behind it and bringing the model to areas where it doesn’t currently operate.

All parties recognize that the Tri-Share program, even if it’s successful enough to expand statewide, is just one part of the solution to the state’s child care crisis. VanWoerkom wants the state government to start offering startup grants to people who are interested in opening new child care facilities but need money to get past all of the rules and regulations. The state legislature has agreed to expand eligibility for child care subsidies to 185 percent of the federal poverty level, or about $49,000 for a family of four, for two years, making an additional 105,000 children eligible. Once that change is instituted, it will allow the Tri-Share program to shift up, helping more families up the income scale above the new cutoff for the subsidies. Whitmer has also proposed increasing pay for child care providers.

“This is one innovative, public-private partnership, to help address the issue of affordability and accessibility,” Bergman said. “It’s one possible solution that we hope will become sustainable.”

And, if successful, it may not be the only one for long. People in other states have already called Bergman to find out more and see how it’s going. “I think it could become a model, a national model,” she said.