First and Goal: How Malcolm Mitchell Unleashes the Potential of Early Literacy 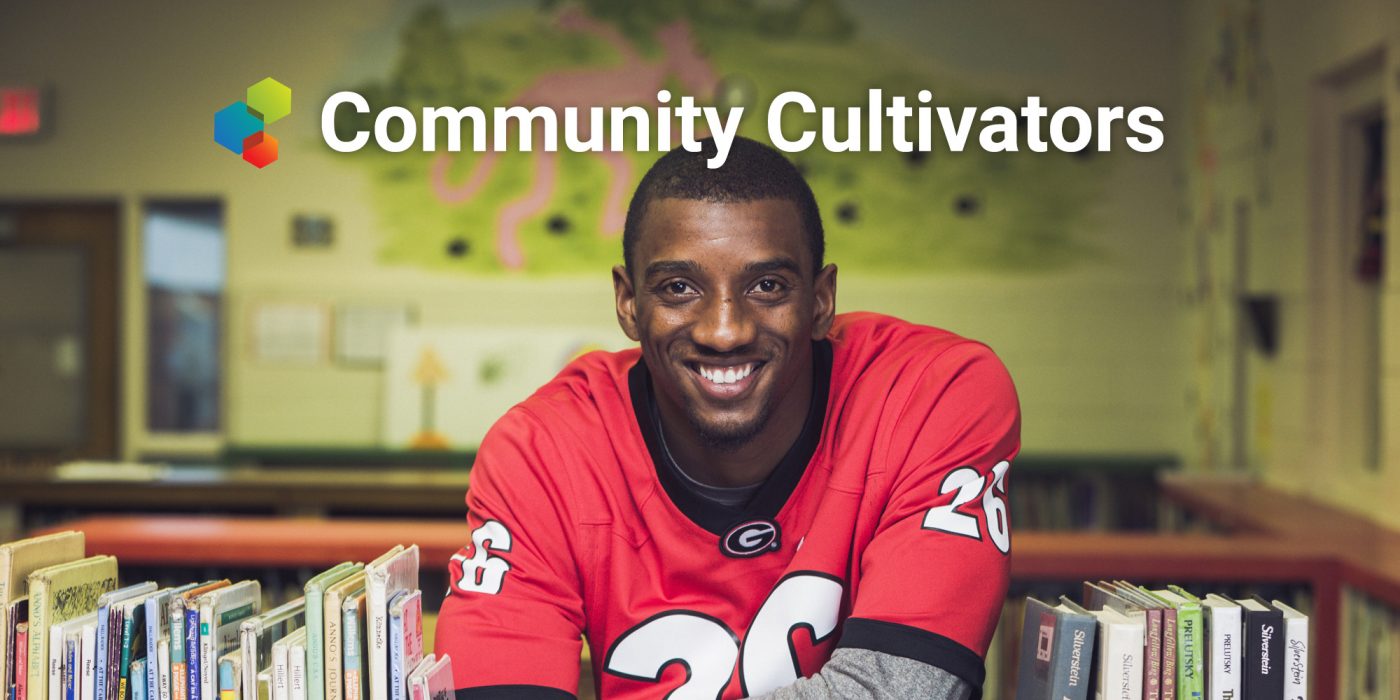 “Some of this stuff doesn’t even make sense,” marvels Malcolm Mitchell, children’s author and executive director of the Share the Magic Foundation. “I’m actually sometimes taken aback by it, because I don’t really know how it all transpired. Talking through it kind of helps.”

The “stuff” Mitchell’s referring to encompasses a journey from illiteracy to authorship, from poverty to stability and from fame on the sports field to nonprofit leadership.

Mitchell played just one season as wide receiver with the New England Patriots, but what a season it was, culminating in a Super Bowl victory in February 2017. After the game, in which he caught five passes in the fourth quarter, legendary quarterback Tom Brady summed it up, “Everybody had confidence to have Malcolm in those spots if he got it. He proved everybody right because he came up with the plays.” 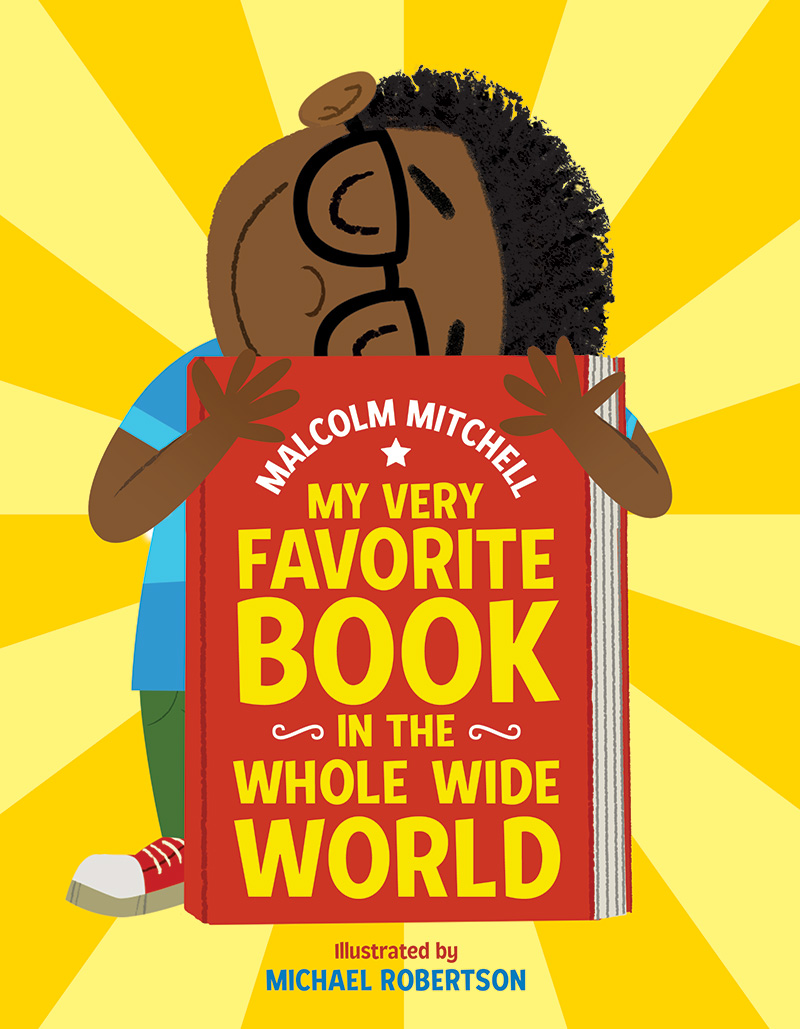 A knee injury ended Mitchell’s football career, but unlike many athletes who get lost without a ball in their hands, he threw himself into a cause close to his heart. He had struggled to read as a child and profoundly understood how severely limited life’s options can be if you can’t read. As a student-athlete at University of Georgia he had started Read with Malcolm LLC in order to publish his own children’s books, and soon after retirement he built upon this platform with a new nonprofit, the Share the Magic Foundation. The Atlanta-based organization promotes reading and diverse representation, partnering with Raising A Reader and other nonprofits and corporate sponsors to promote literacy and to get books into the hands of children who need them. (Subscribe to their newsletter.)

👉 Learn more about Raising A Reader

Mitchell offers these five tips for teachers, parents and advocates who want to make a difference.

What keeps Mitchell up at night? “The idea that anyone’s potential is capped based on a start they never asked for.” The start matters. Naturally, Early Learning Nation endorses this philosophy, but Mitchell’s life story reinforces it with poignancy and punch. His single mother worked at a call center for several years before going back to school for her master’s degree. They moved frequently, as more affordable duplexes became available in assorted small cities in northern Florida. Violence was a near-constant background presence, along with other hazards of growing up poor. “We were so proud my sister graduated from high school without a child,” he says. “That was a glorious achievement, though we didn’t celebrate it out loud.”

As a writer twice named Children’s Author of the Year by the Georgia Writers Association and as a father of a one-and-a-half-year-old son, Mitchell recognizes the importance of building an early relationship with books. Similarly, he’s glad his son is growing up around guitars, even if he’s not playing them. “Just introducing things at an early age is my biggest focus,” says Mitchell. “We’ll worry about the details later.”

2. Find Someone Who Believes in You

For Mitchell, those people include his mother, his grandmother and his high school football coach. “When I was in fourth grade,” he recalls, “my mom taught me Psalm 23, ‘Even though I walk through the valley of the shadow of death. I will fear no evil for God is with me.’ And then she looked at me said, ‘You’ll do great things in life. I believe in you.’”

He describes his grandmother, who raised seven children, as “impeccable, hard-nosed and tough. She was sweet to her grandkids, but she applied a tremendous amount of pressure on her kids. I think that old saying, ‘Pressure either busts pipes or makes diamonds,’ is true.”

Mitchell credits Valdosta Wildcats coach Rance Gillespie for sitting him down and talking to him about how best to take advantage of the opportunities that colleges were offering him. “Not only was he a great coach who made me a better football player,” Mitchell explains. “He was a mentor for all of us. He was the guidance counselor and the administrative assistant. For a lot of us who grew up in that community, we didn’t have fathers either, so he was instilling some intangibles that we could use off the field. Responsibility, accountability, hard work, determination, relentlessness, the will to never quit.”

The name of Mitchell’s nonprofit is also its credo. Again, his mother’s example drives him: “I’ve watched my mom her entire life, even through her financial challenges, sacrifice herself for the well-being of others.” He views it as his duty to ensure others have what they need to get ahead—especially kids who, like he did, are growing up with single moms. “How can I willingly and knowingly letting someone else suffer when they don’t have to?” he asks.

His answer lies in writing children’s books that inspire generosity and good deeds, running the organization and joining forces with others in the service. He takes inspiration from another football great, Warrick Dunn, whose Homes for the Holidays campaign provides down payment assistance, furnishings and more to single-parent families. Though they’ve never met, Mitchell says, “The idea that there’s someone out there that’s supporting women like my mother is extraordinary.”

If you want to help your community, Mitchell advises, you can’t phone it in. You have to be there in person. Attendance counts, whether you’ve got a Super Bowl ring on your finger or you’re just an ordinary human being with something to offer. Showing up will help you to find your voice and to determine where it fits and how it can be deployed for the greatest impact. “People forget the most important rule of leadership,” he says. “You have to lead people who want to be led.”

Mitchell believes in learning all about a subject before speaking about it—and then sticking to your areas of expertise. “I know books and literacy rates,” he says. “It’s rare to hear me talk about anything else.” (When I try to lure him to opine on social media contributing to the spread of uninformed opinions about things like vaccination or climate change, he responds deftly, as if eluding a cornerback: “That’s something I can’t talk much about, because I don’t know.”)

As someone who has experienced poverty and who has researched the subject, Mitchell stands on solid ground when he describes the vicious circle of poverty and illiteracy. When he was young, he says, “Academic achievement wasn’t the highest priority. The highest priority was survival. So why wasn’t I reader or why aren’t many young African American boys reading? Because it hasn’t been introduced in a way that forces it to be a priority over daily survival.”

The five tips here might be further boiled down to the lesson of Mitchell’s 2020 book My Very Favorite Book in the Whole Wide World: “Sometimes the best stories can be found inside ourselves.”