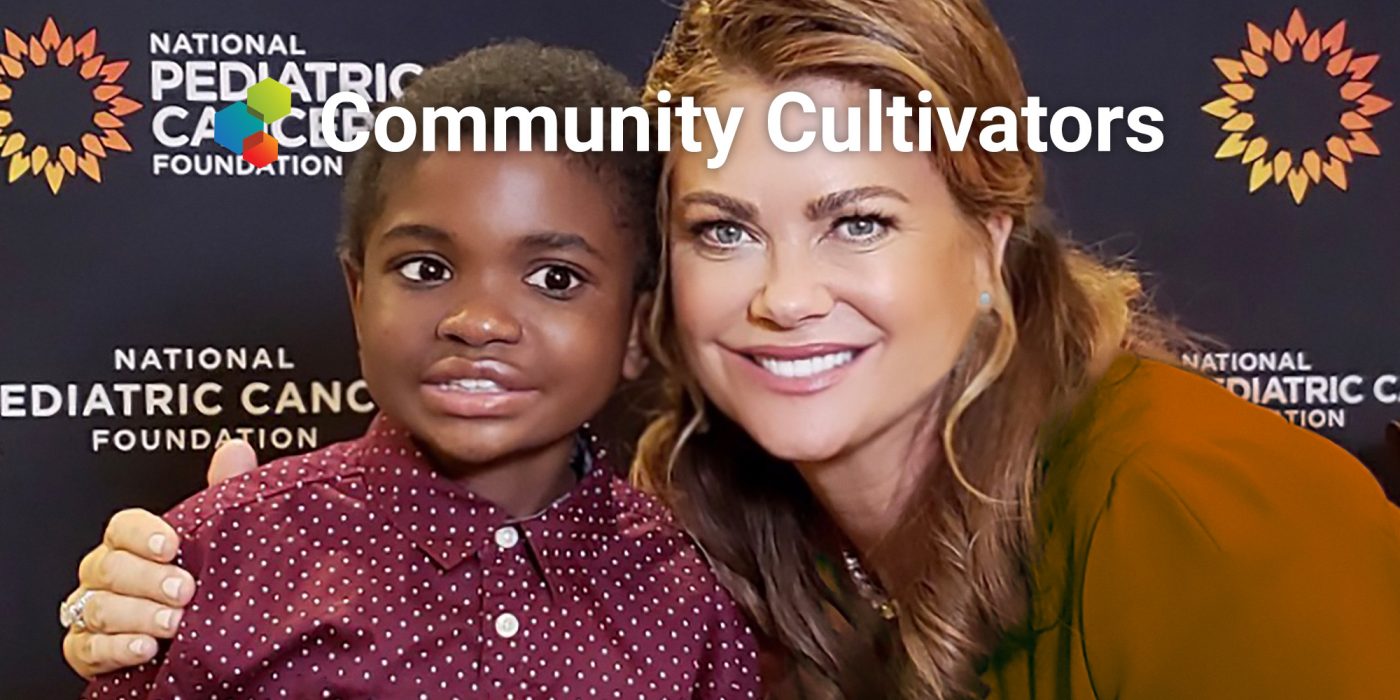 It was her father’s dinnertime prayer that confused her. “He’d always say, ‘God, thank you for making me the richest man on earth,’ she recalls. So when Kathy Ireland’s kindergarten teacher asked, “What does your father do?” she was too embarrassed to answer—fearing that her classmates would think she was looking down on them.

In truth, John Ireland was a Liverpool-born union organizer who worked alongside César Chávez and Dolores Huerta for the rights of grape pickers in California. His wife, Barbara Ireland, had a housecleaning business and sold clothes that she sewed herself; eventually she became a nurse and founded a fundraising walk in honor of a friend who died of breast cancer.

When the kindergartener finally blurted out that her dad worked for labor unions, the news was greeted with a collective shrug. “It was so boring,” she laughs. “They didn’t get it.”

Ireland went on to become a world-famous fashion model, gracing the covers of Vogue, Cosmopolitan and, most famously, Sports Illustrated, and she followed that act with an even more impressive executive encore. As CEO of kathy ireland Worldwide (kiWW)—listed as the 15th most powerful brand in the world by License Global, the highest ranking ever for a woman-owned company—she oversees an extensive array of products including fashion for women, men and children; intimate apparel; accessories; fine jewelry; weddings and resorts as well as publishing, film, television, music, artist and athlete management. Alongside these ventures, she is a consistent advocate for human rights and religious freedom, with philanthropic commitments including the war on sex trafficking, improved access to medical care, recovery from addiction for men, women and children, and honoring America’s brave military members and their families (see sidebar).

Married 33 years and a new grandmother, Ireland recently caught Early Learning Nation’s attention on social media because of her enthusiastic participation in the #ClearTheList campaign, helping teachers obtain school supplies. “We’re sending thousands of products into schools,” she says. “Some of them are from our own collections; others we’re purchasing.”

For Ireland, the campaign was an obvious way to express herself philanthropically. “Teaching, like nursing, is one of the most underappreciated life commitments anyone could possibly make,” she says. “They are already overworked. Why should they spend their own money on school supplies, when they need it for their own families?” She credits singers Marilyn McCoo and Billy Davis Jr.—a married couple who first got together while in the group the Fifth Dimension—with bringing the campaign to her attention. (By the way, Ireland’s new label, EE1, put out their latest album, Blackbird: Lennon-McCartney Icons, which hit number 1 on the album charts)

Here are Ireland’s 5 top tips for leaving the world a better place than how you found it.

1. Figure out what your gifts are. “I encourage people to really figure out their strengths and to focus on what makes them thrive,” she says. “Even if it’s pulling your mask down to give a smile.” Ireland celebrates acts of kindness that give children hope and encouragement. “We can all do our part to remove fear.”

When it comes to parenting, she says, “I can’t think of anything harder or more important than raising children. Being a mom, being a dad, does not get the type of respect that it deserves because there’s no paycheck attached. I often think of the Loretta Lynn song, ‘One’s On the Way.’”

2. Know your priorities. Nobody can do everything. Ireland notes that many parents today are caring for aging relatives, often on top of professional responsibilities. “I was 40 before I learned that ‘No,’ is a complete sentence,” she admits. “My personal priorities are my faith, my family and being of service through my work. When I don’t honor that, I’m a disaster, not effective. I’m not as well equipped to deal with whatever’s going to hit me throughout the day.”

3. Get acquainted with the gift of rejection. “When I was four,” Ireland recounts, “my very first job was a combination of business and design that was a solid indicator of what my life’s work would be. I sold painted rocks with my sister, from my wagon, door to door.” Not everybody bought a rock, even after she slashed prices. Later, she had a paper route and encountered more rejection. Despite her success in modeling, she also remembers all the magazine covers she didn’t get, but the sense stayed with her that she could still believe in herself and persist in spite of rejection.

Artist Representative for and Partner of Vanessa Williams and her companies

Artist Representative for and Partner of Vanessa Williams and her companies

First woman to serve on Board of Directors NFL Players Inc.

4. Use your voice. This piece of advice was the hardest for Ireland herself—someone whose former job description was, in her words, “shut up and pose”—to follow. “It took many years for me to come out of that shy and selfish shell,” she admits. “Now I recognize that there are needs and opportunities so much greater than me. If sharing what we’ve been through can benefit someone else—our struggles or failures, successes, all of it—I recognize …I recognize that comfort is irrelevant. There’s a lot of work to be done.”

5. Stand up for the vulnerable. When kiWW launched 28 years ago, the first product off the assembly line was a pair of socks. Surprise factory inspections were always a part of the manufacturing process. “You can have a beautiful product,” she says, “but how does it come to market? Anybody can clean up if they know you’re coming. That commitment continues to this day,” and it stems directly from her father’s devotion to workers’ rights. Ireland recalls him fighting to get outhouses placed in the field so farm workers could relieve themselves with dignity. He also campaigned to equip the workers with long hoes, which were easier on their backs, even though the owners wanted them to work with short hoes, which supposedly helped the profit margins.

Ireland wasn’t born wealthy, but her entrepreneurial instincts have served her well over the years, and she is now the name that other models regularly invoke when they envision their post-fashion careers. She never forgets her father’s insistence on appreciating what they had. “We used to take trips across the border, and Dad would always point out the housing conditions of the people who lived there, houses literally made out of cardboard,” she says.

If her father’s example of gratitude has stayed with her, it’s her granddaughter, Daisy, who helps her stay grounded today. “No matter what’s going on in your day,” Ireland says, “when you look in Daisy’s eyes and she gives you that big smile, it’s like, ‘What? What was I bothered by?’”