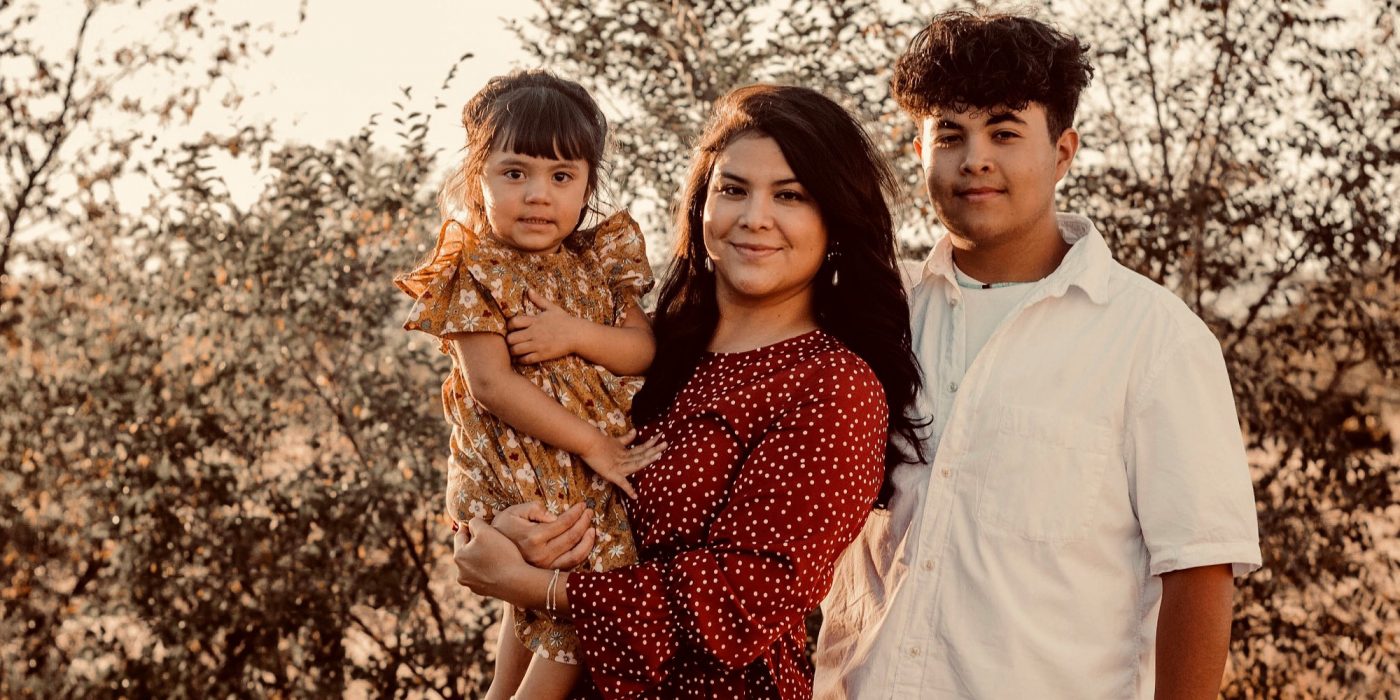 Jovanna Archuleta of the New Mexico Early Childhood & Care Department, with her son and daughter

“What some may see as a gap,” says Jovanna Archuleta, “that’s not necessarily a gap. We can learn a lot from indigenous ways.”

As the occupant of a new position, the first of its kind in a newly created department, one of only four in the nation, she approaches her work with both academic credentials and lived experience. This double orientation reinforces an appreciation for the culture—especially the rich knowledge of early childhood education—that has often been absent in the state’s government.

Working in consultation with tribal leaders, in a state with 229,000 Native Americans, Governor Michelle Lujan Grisham and Elizabeth Groginsky, cabinet secretary for Early Childhood Education, are committed to getting away from a longstanding colonial mentality. In 2019, when the state replaced Columbus Day with Indigenous People’s Day, Governor Lujan Grisham hailed it as “a celebration of New Mexico’s 23 sovereign indigenous nations and the essential place of honor native citizens hold in the fabric of our great state.”

Archuleta says her extended family played an important role in her life when she was growing up in the Nambé Pueblo tribe. “My cousins and I were always at my grandma’s, and now my children have the same experiences.” she recalls. “It was just normal for everyone to take care of everyone else.” Her educational path took her to New Mexico Highlands University (NMHU) for her bachelor’s and MBA, and later she pursued certification in early childhood education.

She had her son during her undergraduate years at NMHU. “I was a young mother in college,” she says. “I know what it’s like to rely on Temporary Assistance for Needy Families (TANF) and food stamps.” This experience makes her sensitive to what families have to go through—a quality often lacking at the upper echelons of government. “I was there once. I’m that mom who had no extended care and had to make hard decisions.”

Becoming a mother again 13 years later, shortly before the pandemic, added a new dimension to Archuleta’s understanding of the challenges faced by Native American families in her state. Mortality and hospitalization rates for Native Americans far exceeded those of other racial and ethnic groups in New Mexico. The pandemic, she says, has rekindled historical trauma for some, including such episodes as the removal and relocation, boarding schools that set out to erase Native American history, culture and language.

“Native communities,” she says, “showed so much strength during this period. I remember one woman telling me, ‘Either we are getting through this pandemic because we’ve always been in survival mode or because we have become resilient people.’”

While the pandemic exacted a toll of devastation and loss, it also meant Archuleta personally got to spend more time with her daughter and truly be her first teacher. “She also spent time with her own mom,” she reflects. “These learning opportunities, being embraced by culture and community—most children don’t that get these days.”

While Archuleta has started to visit many areas of the state, many tribes still have strict Covid restrictions in place. She’s also collaborating with other state agencies to expand access to educational, employment and health opportunities. She credits resources from the Prenatal to 3 Policy Impact Center and other institutions, but places an even higher value on voices of tribal leaders.

Archuleta might have a bigger reach now than she did in her previous role with the Los Alamos National Laboratory Foundation—a W.K. Kellogg Foundation grant supported early childhood work with the Eight Northern Indian Pueblos Council—but essentially, her mission remains the same: listening and building relationships.

“We’re here,” she affirms, “to support the goals of tribal communities.”