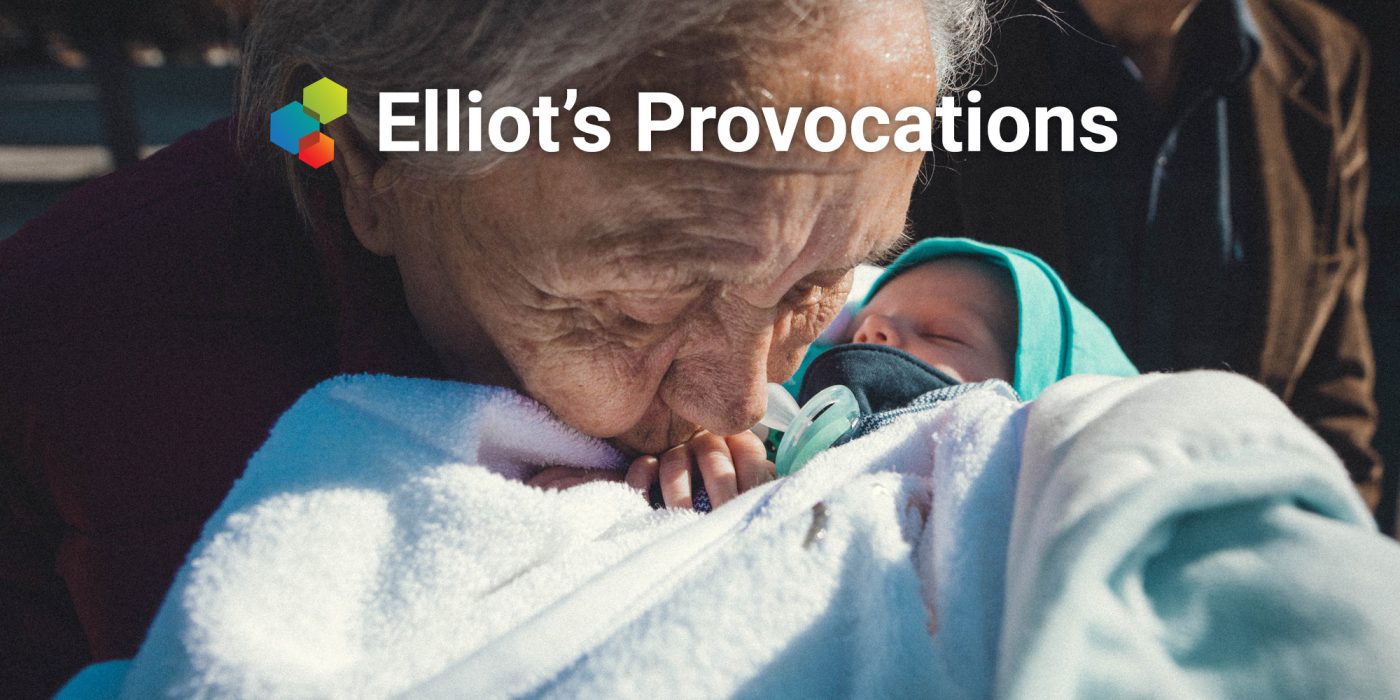 Photo by Tamara Jeremic on Unsplash

As I write this, the U.S. Congress is one-half of the way to investing in a real child care system. The Build Back Better package now goes to the Senate, where major changes await. While the investments in early care and education appear broadly safe, one unresolved design question concerns what should be required of child care programs operated by faith communities. I have struggled with this issue, but my investigation concludes that while a few clarifications would help, the Build Back Better legislation puts little burden on these providers and in fact makes them stronger.

First, a bit of framing: around 15% of working families use faith-based child care; it makes up around half of the center-based market. At the moment, child care subsidy can be used at any of these programs, and the Build Back Better bill explicitly reaffirms that parents can continue to apply public funding at religious sites. The controversy is twofold: first, the legislation restricts how sectarian programs can use facility grants, and second, the legislation requires religious programs to apply federal non-discrimination provisions. Critics suggest these provisions will unfairly disadvantage certain religious programs and, given that wages will go up and fees go down at secular programs and those faith-based programs that adhere, result in some closures.

Essentially no one disputes that faith communities are important providers of child care and should continue to be so. With a few legislative adjustments, Build Back Better will actually strengthen their hand. Faith-based providers and the parents who use them should rest easy; the critics exploiting them to score cheap political points should be ashamed.

The problem with this critique, as I’ll show, is that these programs already have to consider federal non-discrimination laws—many of which they are exempt from—and the new legislation doesn’t meaningfully change that. Sound and fury, in other words.

At times like these, I think it can be useful to go back to ‘first principles.’ In my view, the goal of an effective child care system is to simultaneously ensure young children have access to the high-quality experiences they need to develop healthily, while ensuring parents have access to care options so they can reach their preferred work-care alignment. That necessarily requires pluralism — a sector full of choices that meet parents’ needs. I once heard a professor remark that sending one’s children off on the school bus every day is an enormous act of trust. That trust is exponentially higher for younger children who are either preverbal or unreliable narrators (my four-year-old regularly mixes up ‘tomorrow’ and ‘yesterday’). If a parent does not feel comfortable with a care option, they will not use it, violating those first principles. Hence, we should want faith-based programs, as well as secular programs, to flourish.

As such, the issue of the facilities grants seems to me fairly straightforward. The reason for carving out religious institutions is to avoid having public money spent on items like expanding pews or tricking out the event hall. As written, BBB says programs can’t use grants “for buildings or facilities that are used primarily for sectarian instruction or religious worship.” Clarifying that language would be helpful: if a church or synagogue or mosque needs to upgrade its sprinkler system in order to accept younger children, and those plumbing upgrades also benefit the worship area, OK. The physical environment is an important indicator of quality: we should want children attending a faith-based child care to have a healthy, safe, stimulating classroom and playground.

At first blush, the non-discrimination question appears thornier. Up front, I’ll say I think critics’ rhetoric sometimes outpaces reality. Within the universe of religious providers, only a modest percentage would actually have an issue accepting these non-discrimination clauses even if no exemptions existed. The vast majority of, say, Jewish Community Centers and progressive churches would have no qualms. So that 15% is actually much too high a figure; it isn’t “faith-based” programs writ large who would be affected, it’s “faith-based programs who have a problem with LGBTQ families.” But that’s more contextual than substantive; it does not resolve the core tension.

Here’s the substantive answer: religious institutions already have their own set of nondiscrimination rules, of which BBB changes little! Churches and other religious institutions cannot discriminate based on race or age without losing their tax-exempt nonprofit status, because they are bound by the Civil Rights Act (you may recall Bob Jones University losing its nonprofit status for decades until they abandoned a rule against interracial dating). At the same time, these entities already have exemptions from things like sex non-discrimination in Title IX (you may recall this has been a hot topic in higher education). And to the extent that federal nondiscrimination laws now or in the future apply to LGBTQ individuals, those protections would—like the racial protections—extend regardless of how Build Back Better is written (you may recall this is an ongoing legal debate).

Just to add to the fun, the current child care law, the Child Care Development Block Grant, has since its inception in 1993 required participating faith-based programs to avoid admissions discrimination on the basis of religion. Additionally, states can set their own rules on top, just as they can for private schools that get public money.

So let’s go through each of the non-discrimination citations in Build Back Better to see if there are actually any new burdensome requirements here. (I’ll give the caveat that this represents my best understanding: I’m not a lawyer and, while I’ve talked with several experts, it’s widely acknowledged this is a muddy and complex area).

(A) Title IX of the Education Amendments of 1972 — Title IX prohibits discrimination of students based on sex; as noted, it already has a religious exemption built in, so not an issue.

(B) Title VI of the Civil Rights Act of 1964 — Title VI prohibits discrimination “on the basis of race, color or national origin.” Already applies to religious groups, so nothing new.

(C) Section 504 of the Rehabilitation Act of 1973 — Section 503 prohibits discrimination on the basis of disability. Shouldn’t be a big issue.

(D) The Americans with Disabilities Act of 1990 — In a sense, the ADA is the most significant new requirement a religious institution would have to take on. But it shouldn’t be a major one, especially if religious institutions are fully eligible for facility improvement grants.

(E) Section 654 of the Head Start Act — This section has a blanket prohibition against discrimination based on race, sex, politics, etc., but its application here is unclear; at any rate, a significant number of Head Start programs are already run by faith communities. Adding a religious exemption equivalent to Title IX may be useful.

The question of whether public money should go to institutions that discriminate due to sincerely-held beliefs is a fraught clash of two values that defies easy answers (if you hadn’t gathered, I personally find the idea of shutting the door in the face of a family for having two dads or two moms abhorrent, but I also recognize I’m not the moral arbiter here). There’s a reason the Supreme Court has been getting involved. But as you can see, Build Back Better sidesteps the debate altogether by basically keeping the pluralistic status quo intact!

So, it is now clear that critics doth protest too much. Take Max Eden of the American Enterprise Institute, who complains that:

“Faith-based centers that can afford costly renovation fees will face other, particularly unpleasant burdens. Build Back Better omits reference to Title IX’s customary religious exemption. This is an ominous signal, given that Title IX generally operates by a ‘one drop’ rule—subjecting an entire institution to Title IX if only one part receives funding—and given that the Biden Department of Justice has directed federal agencies to enforce Title IX as prohibiting discrimination on the basis of sexual orientation and gender identity. Religious institutions may therefore be forced to choose between providing subsidized child care and retaining dedicated men’s and women’s ministries and marriage counseling programs predicated on the proposition that marriage is a union between one man and one woman.”

I think some opponents like the Ethics & Public Policy Center’s Patrick T. Brown are, in good faith (no pun intended), working to ensure there are no unintended consequences for religious child care programs. I worry that many are using the church as a political cudgel. As the Huffington Post’s Jonathan Cohn wrote in a recent article (the whole thing is worth your time), “This particular accusation has the advantage of fitting neatly into the narrative Republicans have been creating about Democrats trying to take educational choices away from parents.”

We shouldn’t let them get away with their canards. Because here’s the last thing detractors won’t tell you: Build Back Better will lead to MORE faith-based child care. The past years have seen scores of church-based child care programs close as they were unable to maintain staffing or core operations thanks to the broken business model. While there will surely be an adjustment period, Build Back Better will put enough funding into the system to allow these programs to flower. The alternative is a continued dissolution of faith-based care.

Essentially no one disputes that faith communities are important providers of child care and should continue to be so. With a few legislative adjustments, Build Back Better will actually strengthen their hand. Faith-based providers and the parents who use them should rest easy; the critics exploiting them to score cheap political points should be ashamed.