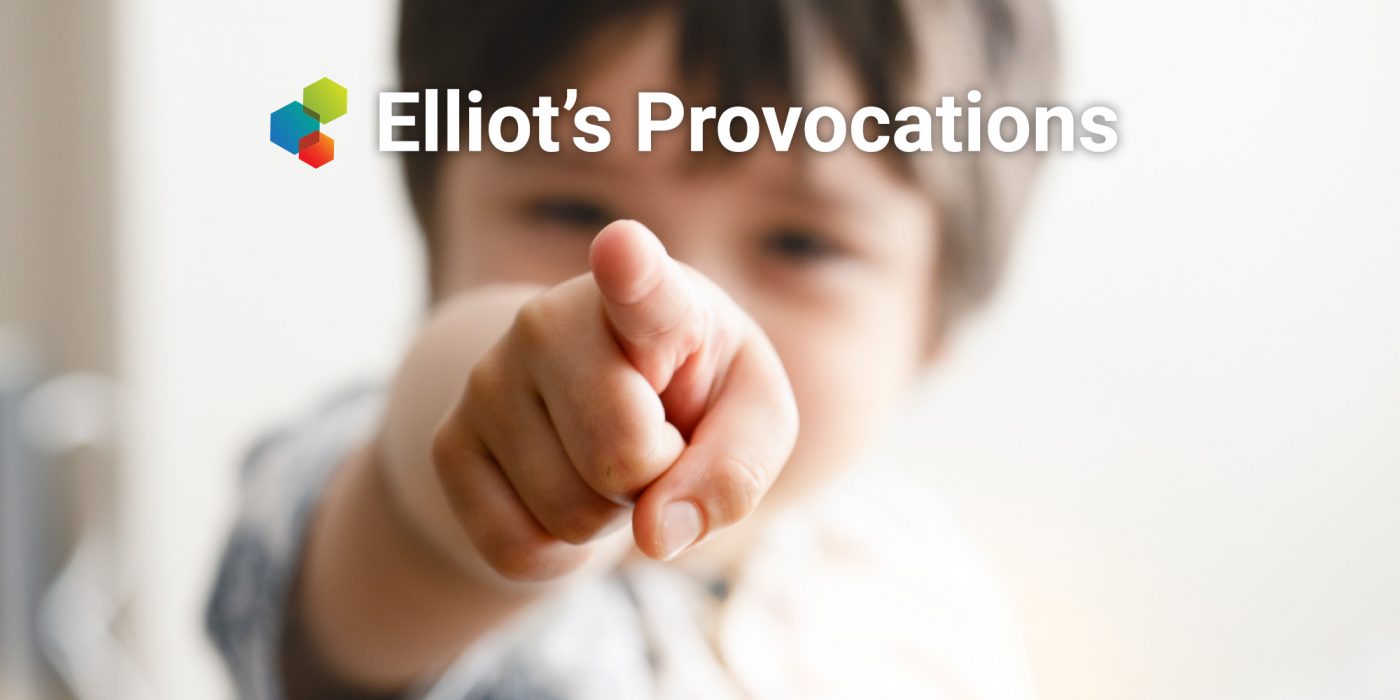 Some companies are responding to the child care crisis in a somewhat predictable way: they’re looking after their own. Stories have been emerging about a proliferation of on-site child care programs; an NPR article a few weeks ago noted that, “Maribeth Bearfield, chief human resources officer at Bright Horizons, a U.S. child care provider, says the organization manages over 400 on-site child care centers in the United States. Also, over the course of 2020 and 2021, Bright Horizons launched 23 employer-sponsored centers.” On-site child care sounds boffo, so what’s the problem, you may be asking. Well, threefold: first, child care should never, ever be a job-linked benefit; second, providing a child care benefit lets companies off the hook for paying into a system everyone benefits from; third, the on-site centers only benefit a tiny slice of employees — and they’re not the ones making minimum wage.

Let’s go to the tape!

The first objection is fundamental in nature and should be enough to kill the idea before it is fully formed, like taking out a weed as it starts to shoot up. Health insurance is a job-linked benefit, and that is one of its very worst features — which says something when ranking bad things about U.S. health insurance. Lose your job, lose your health care. Why, oh why, would we want to replicate that standard for child care?

In fact, making child care a job-linked benefit manages to be an even more terrible idea, because you’re not just losing access to the child care you need to work, you’re wrenching your child away from their caregiver. Young children thrive on consistency and reliability; studies show that frequent caregiver turnover has a number of negative effects on children’s development.

Ok, you might say, fair enough. However! The alternative at the moment is, um, not great. So something is better than nothing? Well, no. In this case, something is a fool’s-gold stand-in for a real solution! It’s the equivalent of handing a twenty to a homeless individual versus funding robust public services. Except it’s actually worse, because there’s nothing wrong with giving a homeless person a twenty, but in this case you’re handing that individual a twenty while actively working to cut the public services they need.

I’m talking, of course, about corporate taxes. Corporations have long talked out of both sides of their mouths on child care, waxing poetic about its importance while at the same time fighting tooth or nail against paying more taxes. This fingers-crossed-behind-the-back maneuver has been on impressive display during the debate about the Build Back Better Act: the U.S. Chamber of Commerce has been simultaneously publishing research on how much the lack of child care is costing the economy while spending millions opposing the legislation that would fix child care.

So, no, unless a company is also lobbying for a functional, sustainable, publicly-supported child care system, it gets no gold stars for throwing a tiny percentage of its workforce a bone.

And it truly is a tiny percentage. Take Home Depot as an archetypal example. Home Depot has approximately 500,000 employees. They opened an on-site child care center in 2012 at their Atlanta headquarters with capacity for 278 children. Great for those families, no help to… hmm, (puts on green accountant hat, clacks away at old-timey calculator), almost everyone else.

What about companies that give front-line workers some light child care benefits? Bzzzz. Sorry, that’s the sound of a half-measure. Giving employees a break on child care costs when there is no child care to be found is giving them a voucher for milk on empty shelves. The child care crisis is not merely about affordability; programs are hemorrhaging staff and closing because there isn’t enough money flowing in the system, period. We don’t just need parent fees to go down, we need program revenues to go up. There is only one actor capable of accomplishing that two-step (spoiler alert: it’s the government).

When the discussion about corporate child care benefits comes up, I often like to ask people to perform a thought experiment. Consider, if you will, the first grade. As of tomorrow, first grade is no longer provided as a matter of public education, but instead requires all parents to pony up $12,000 in order for their child to attend. In response, a handful of companies start to offer on-site first grade. A handful of others offer their employees a partial stipend to help defray the cost of first grade.

You recognize how ridiculous this is, of course. We expect corporations to pay into our public schools, primarily via business property taxes. It’s a common good everyone benefits from that requires paying into the common purse. I could talk for a long while about how K-12 school funding is inequitable and flawed, but no one is pinching pennies to pay for the first grade nor unable to find a slot. It’s time to stop letting businesses freeload on child care.

So, companies, stop building child care centers until and unless you are standing up and telling the government to increase your taxes. Otherwise, you are not part of the solution. You are very, very much part of the problem.