5 Top Takeaways: How Children’s Literature Is Getting More Diverse, and Why That Matters 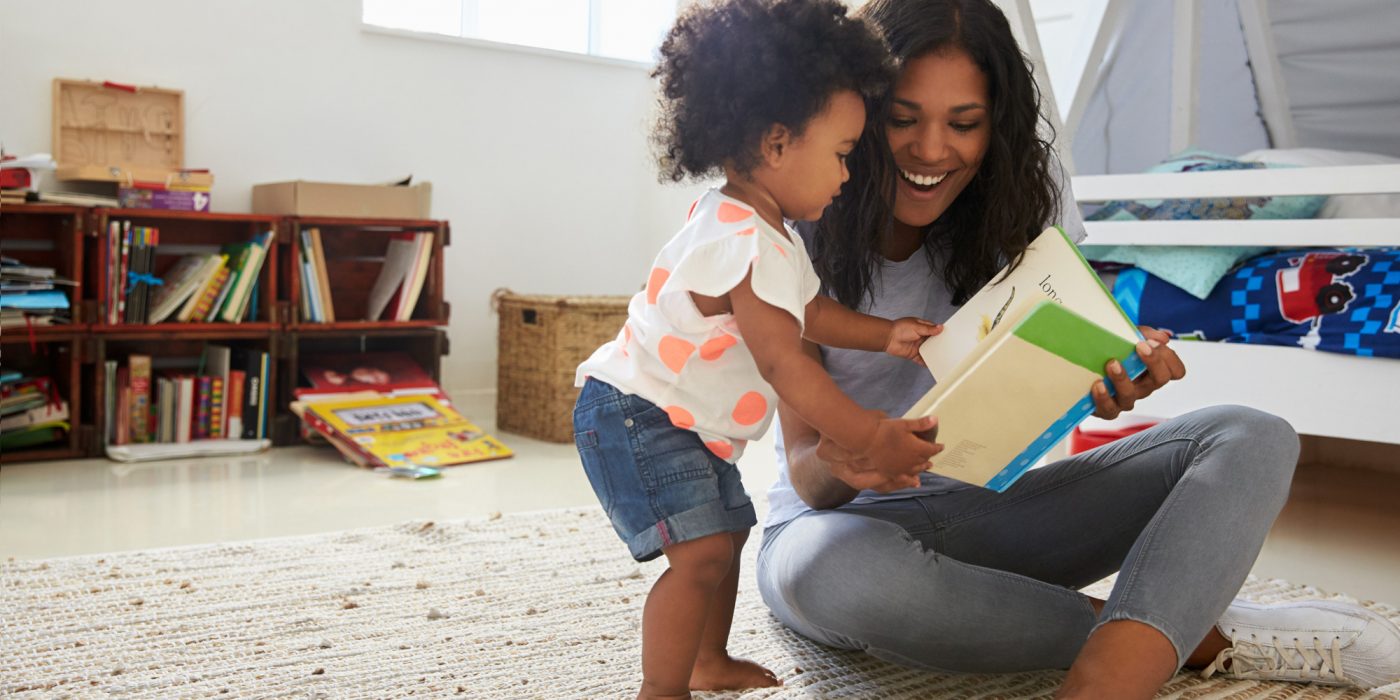 If the frequency and intensity of Zoom comments is any indication, the February 4 webinar coproduced by Too Small to Fail, the National Black Child Development Institute (NBCDI) and Raising A Reader was one of the most dynamic webinars I’ve attended since the start of the pandemic. Appropriately enough, “Writing a New Chapter: Advancing Diversity in Children’s Books” featured a variety of voices.

Here are our takeaways from the webinar:

1. Books shape children’s attitudes and beliefs about themselves and the world. Iheoma U. Iruka, founding director of the Equity Research Action Coalition, emphasized the importance of what happens during a child’s first thousand days. “That’s when the foundations of brain development are built,” she said.

Once a book becomes a favorite, it becomes a part of children’s lives—forever. Mom and dad will be asked to read it over and over. It will become the springboard for children learning to read. (“Reading achievement predicts futures,” Iruka confirmed.) Years later, they will probably still be able to recite passages from memory and to conjure the illustrations in their mind. So the words matter. The pictures matter.

2. “When you speak to the children, you speak to the family.” Shabazz Larkin, author and illustrator of The Thing about Bees: A Love Letter, was an electrifying presence on Zoom, bursting with enthusiasm and insight—for instance, pointing out the way children’s books reach the adults on whose laps the children are sitting.

As someone with a lap, this struck me as simultaneously obvious and mind-blowing. When families read together, they’re discovering the world together, and the white suburban fantasy that the majority of children’s books depict slights the real world. When he first envisioned The Thing about Bees, he was thinking about the white bread illustrations of Norman Rockwell. “I always felt it was a world that wasn’t mine,” he said, recalling that he thought to himself: Let me paint some new people in this classic American world.

3. Books are machines for belonging and respect. Larkin underscored the urgency of this function, noting that even in his own home, situated in a diverse part of Brooklyn, with its walls covered by portraits of Black people, his son once confided that he didn’t like the color of his own skin. “How is this possible?” he wondered.

Patty Wong, who recently became the first Asian American president of the American Library Association, recalled, “I rarely saw myself or my diverse community in picture books. Children need to see themselves and others.”

Sensitive to what constitutes age-appropriate materials and attuned to the interests of young readers, teachers and librarians are champions of diverse books. (Speaking of libraries, in light of a news item from Tennessee, all of the webinar speakers forcefully weighed in against banning books, encouraging participants to buy books, to be vocal on social media and to show up in city council and school board meetings.)

4. Large and small publishers are making a difference. Kyle Zimmer, CEO and co-founder of First Book, conveyed the scope of her organization’s reach by citing statistics: 17 million books distributed annually to more than 500,000 educators. Engaging publishers in demand is how to elevate the market for diverse content, she said. “We push the prices down and promote relevancy and diversity.”

First Book launched the Time for Change initiative to build empathetic “changemakers.” Author and curator Cynthia Leitich Smith introduced the Heart Drum imprint of HarperCollins, which offers books for and about Native Americans. She stressed that many titles feature everyday plots. “We are not defined by the bad things that have happened to us,” she said.

In a more independent vein, Philip Lee, publisher of Readers to Eaters, served up his vision of food-themed children’s books that tie into family, climate change and activism. (Heads up: Making the Nation’s Table opens February 23 at New York City’s Museum of Food and Drink.)

5. Distribution matters. As a publisher, Lee spoke from experience when he said that printing books is only half the battle. The product must reach readers, and many or most potential readers of diverse books lack easy access. That’s why First Book has an elastic definition of the educators in its community—including, for example, barbers. Readers to Eaters partners with farmers markets.

Michelle Torgerson, president and CEO of Raising A Reader, outlined their book distribution reach to partners including child care, library and housing communities, and NBCDI’s Jocelyn Sturdivant described Read to Succeed, which is devoted to stocking home libraries with culturally relevant and developmentally appropriate children’s books.

Panelists noted that there are many kinds of diversity. Beyond BIPOC, children’s literature should also provide a window on disability, LGBTQ families and minority religious groups. Again and again, participants cited a construct set forth by Rudine Sims Bishop, the so-called mother of multicultural children’s literature: children’s books act as mirrors, windows and sliding glass doors. “These windows,” Bishop has written, “are also sliding glass doors, and readers have only to walk through in imagination to become part of whatever world has been created and recreated by the author.”