Thirty Years after Her Gold, Kristi Yamaguchi Reflects on Parenthood, Competition and Kindness 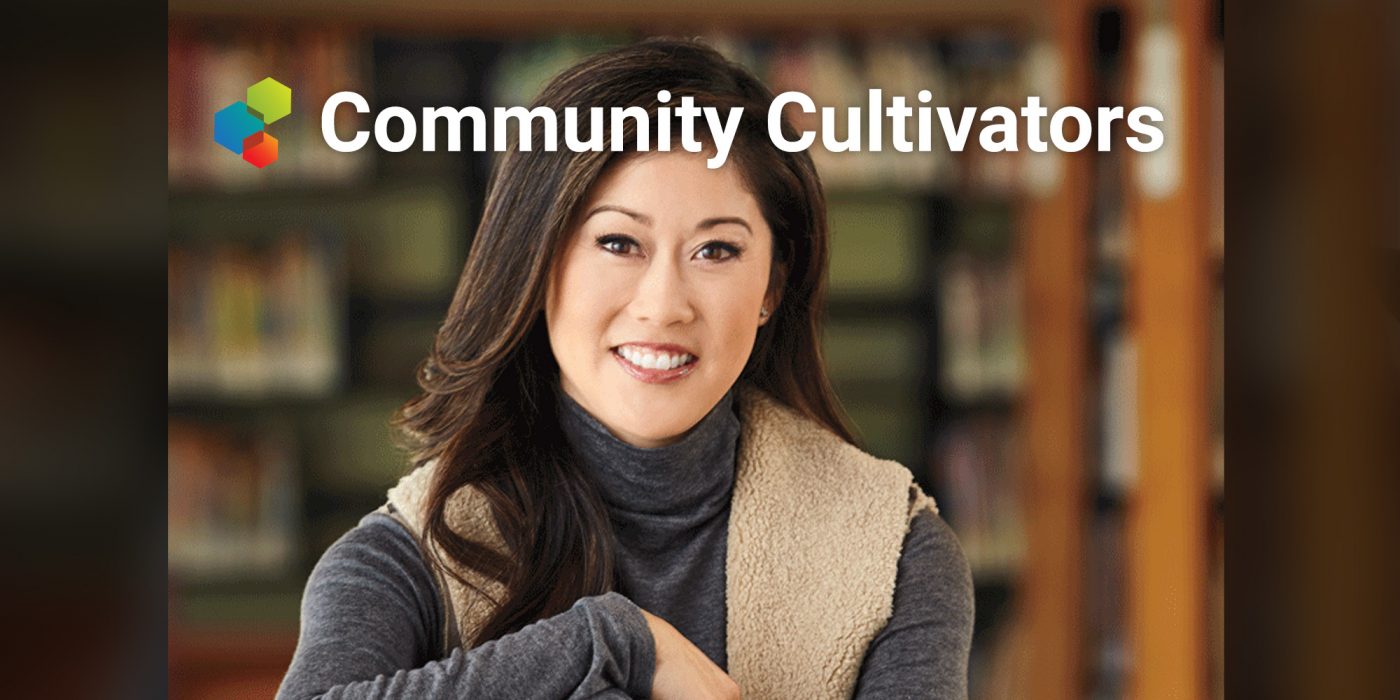 Gold medal figure skater Kristi Yamaguchi knows about competition. After her 1992 Olympics triumph, she toured professionally for 10-plus years, handling nightly performances all over the world, often without enough sleep. It took a three-year-old to almost bring her to her knees.

“We were in the car,” Yamaguchi recalls. “My older daughter was having one of her toddler moments and just wouldn’t calm down and wouldn’t accept my explanation of why we were doing what we were doing. I kept warning her, ‘You need to stop. We can’t listen to this in the car. You’re screaming.’”

And yet the “toddler moment” continued. That’s when Mom got tough: “Finally I said, ‘If you’re going to keep screaming, you’re going to have to get out of the car.’ And kids will just test you, right? So I pulled over to the side, and she kind of looked at me, gave that look of, Wait, what? What are you doing? And I said, ‘I told you, you need to stop or you have to get out the car.’”

There was no audience or television cameras to capture this showdown, but according to Yamaguchi, her daughter stopped crying and remained quiet the rest of the trip. “I called her bluff,” Yamaguchi says, acknowledging that this victory was bittersweet. “It was really hard,” she admits, “because obviously I was not going to let her get out of the car. Sometimes that tough love is hard for us to do, but it has an effect.”

Now that her daughters are 18 and 16, Yamaguchi is philosophical about the challenges of parenting toddlers. “You think you have it figured out with the first kid,” she says, “and the second one comes along who is totally different and needs a totally different approach to however you parented the first one. You’re just constantly adjusting and always feeling like you’re trying to figure things out.”

Cara’s Kindness  (illustrated by John Lee)
Cara the Cat is struggling with picking the perfect song for her new ice-skating routine. But when a friend in need turns up at the rink, Cara drops everything to lend a helping hand.

Dream Big, Little Pig! (illustrated by Tim Bowers)
Poppy is a waddling, toddling pig with big dreams. She wants to be a star! But she soon discovers that’s not as easy as it sounds.

It’s a Big World, Little Pig! (illustrated by Tim Bowers)
Poppy has a new adventure in store for her: the World Games ice-skating championship in Paris.

As the 2022 Winter Olympics get under way, Yamaguchi’s 1992 accomplishment continues to reverberate—especially, perhaps, for Asian American women. Artist and speaker Philippa Hughes says, “We didn’t have many role models back then. [TV journalist] Connie Chung was around, but she was behind a desk. Yamaguchi was so powerful and artistic.”

Five insights emerged from my conversation with Yamaguchi for would-be Community Cultivators (whether or not you can pull off a triple-triple combination):

1. Family—and family history—set the stage. During World War II, the U.S. interned Japanese Americans on the suspicion that they might be working for the enemy. Both of the skater’s parents were interned with their families—her mom in in Amache, Colo., while her father served in the U.S. Army, fighting alongside white soldiers in Germany and France. (Discover the online exhibit Japanese Internment in Colorado.) “We would hear snippets here and there,” Yamaguchi recalls, “but it wasn’t something that was often talked about, especially when my grandparents were alive. It was really the later generations that really started to ask more questions about it, learn about it and want to tell that story more.” Reflecting on this episode in American history, she says she’s in awe of the Japanese Americans who endured it—and grateful for their sacrifice. “It’s hard to fathom how they felt, and how were able to move forward with their lives without some bitterness.”

2. Follow your idols, and you might just become one. When Yamaguchi started skating at six years old, she worshipped Dorothy Hamill and used to perch a Dorothy doll at the edge of the rink to watch her twirl on the ice. In 1992, at age 20, she became the first American woman’s figure skater to win Olympic gold since Hamill in 1976. These days, the former idolizer is the idol (not to mention a 2008 Dancing with the Stars champion). Chief among her fans is Olympian Karen Chen, who, like Yamaguchi, hails from Fremont, Calif. “We share the same hometown,” Yamaguchi says, “And so there’s always been a special relationship. I met her when she was 12 and have been just a huge fan of hers since then.”

“As young Korean American girls, my sister and I didn’t see many people who looked like us represented on television. So I remember feeling an enormous sense of joy and pride watching Yamaguchi dazzle across the ice and celebrated in the media…”

[Read more from Jane Park, Director, Too Small to Fail]

“As young Korean American girls, my sister and I didn’t see many people who looked like us represented on television. So I remember feeling an enormous sense of joy and pride watching Yamaguchi dazzle across the ice and celebrated in the media—from TV to newspapers to magazine covers. Having gone to a middle school with very few Asian Americans and students of color, there was something about seeing her that instilled in me a sense of belonging and this confident feeling that I can do great things too.

“My own daughter is almost 12 years old, and I’m grateful that in books, TV and other media, she can see more Asian Americans and people from other cultures represented than I did at her age. We still have work to do, but I thank trailblazers like Yamaguchi who worked so hard at her sport while representing the beautifully diverse country we are.”
—Jane Park, Director, Too Small to Fail

3. Mentors and coaches guide you in and out of the rink. From the start of her skating career, Bay Area skaters took Yamaguchi under their wing. She describes Brian Boitano, whose Olympic moment came in 1988, as a huge mentor. “He was so encouraging and a very positive role model,” she says. Of Christy Ness, her coach from the age of 9 years old, Yamaguchi says, “She was probably one of the most influential people in my life, besides my parents. That relationship goes way beyond skating. There were so many lessons she taught me that I’ve carried with me.”

4. Athletics are about the head as much as the body. Yamaguchi will never forget the intensity of training with Ness. “Obviously,” she says, “it is imperative for success to be able to be prepared, put the training in.” Dealing with pressure from fans, competition and the media was just as important.

“Christy did not cut us any slack in practice and even created pressure-filled situations in practice even so that we could push ourselves and then realize, Okay, if I can get through my program with that amount of nervousness and practice, I could do it in competition.” This degree of preparation also counted after the Olympics, in the face of attention and acclaim far beyond what most 20-year-olds ever experience.

5. “Giving back is an obligation. I’m so grateful for the opportunities I’ve had,” Yamaguchi says, adding that her mom always used to ask her about giving back. She took up this challenge as soon as her career allowed it, on a tour with Stars on Ice, which benefited the Make-A-Wish Foundation. “It was the first time I had worked hands-on with a nonprofit, and it was completely eye-opening for me,” she recalls, “and it gave me feeling of purpose and of doing something beyond just focusing on my own career.”

Yamaguchi launched Always Dream in 1997. Celebrating its 25th anniversary, the organization provides age-appropriate books and reading technology, along with family engagement support to create literacy-rich home environments. She recalls a dad who raised his hand at a recent event, describing how his five-year-old son had never previously gotten into books, but the Always Dream tablet with e-books changed everything. Especially the one about the moon. “The dad was just so proud,” Yamaguchi says, “and now his son wants to be an astronaut. Books are the gateway to anything your imagination can dream up.”