Babies Are Surprisingly Altruistic—When They Know You Need Help 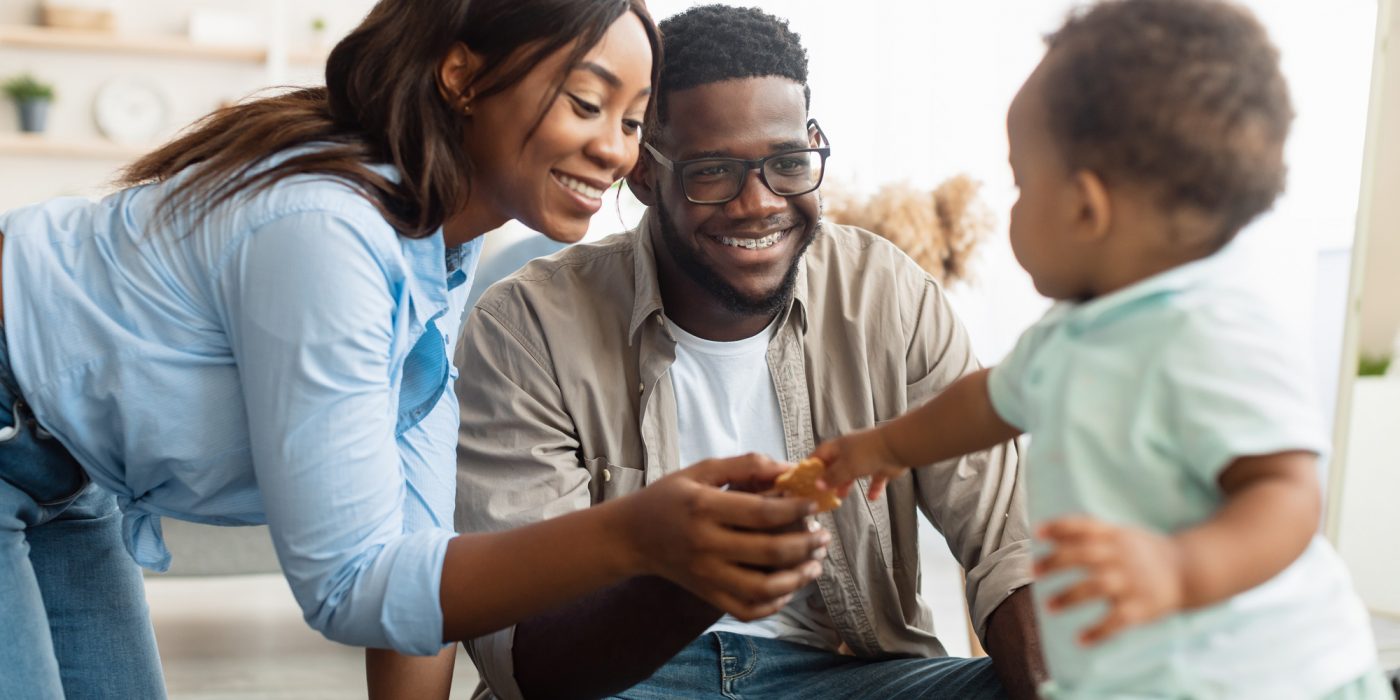 Anyone who has spent time around a toddler knows their signature cries of “No!” and “Mi-i-ine!”—often some of the first words babies learn. Around 18 months, everything is “my”—my toy, my cup, my kitty—and even things they care nothing about become objects of their possessiveness. At this stage in their development, they’re learning that there is a “me” separate from others and they can brand anything with “my” and claim it for their domain. It’s a heady power.

Toddlers are undeniably me-centric, but according to researchers at the University of Washington’s Institute for Learning & Brain Sciences (I-LABS), babies’ “selfishness” is only part of the story. Toddlers can override their own possessiveness to help others and share their treasured items—even snacks when they’re hungry—in a way the researchers say is unique to the human species. The Lone Ranger wouldn’t have lasted long in humanity’s long evolutionary journey: Cooperation and altruism are intrinsic to the human story and, says I-LABS researcher Dr. Rodolfo Cortes Barragan, these behaviors start early.

In studies involving nearly 200 19-month-old infants, researchers Barragan and I-LABS co-director Dr. Andrew Meltzoff showed the toddlers a delicious snack or one of their favorite toys. The experimenter stood behind a table and, in the control group, “accidentally” dropped the item without any reaction onto a tray beside the toddler. The babies in this group grabbed their item or their snack and made no attempt to share. In the experimental group, the experimenter reached for the item, indicating that they had dropped it and gesturing to have the object back. Though there was no verbal prompt or instruction, the babies saw the experimenter reach for the object, which Barragan says seemed to trigger the child’s instinct to help.

“I was struck by how quickly they helped,” he says. “In the first study, a majority of the babies—58 percent—quickly gave the fruit to the experimenter when they reached for it. In a second study, we tested the babies at snack time when the infants were hungry and really wanted those blueberries and bananas, that number dropped to 38 percent. But that’s still a large number of infants willing to give up something that was highly valuable to them and share it with a stranger.” The researchers said the many of the toddlers looked longingly at their snack but still were willing to share it when the researcher indicated he needed it. You can see a brief video of the experiment here.

In a follow-up study, parents brought in the baby’s favorite toy or sippy cup and the accidental drop again triggered no inclination to share. But when the experimenter reached for the item, around 40 percent of the babies quickly volunteered to give it up. Even with items the children slept with and were deeply attached to—such as their blankets or stuffed animals—they still quickly shared 30 percent of the time with no cue other than the experimenter indicating that they had dropped the item and would like it back. Children in the studies “helped” the researcher as readily in the first trial as in subsequent tests, indicating that they didn’t have to learn to help but did so spontaneously and freely.

In comparing their studies with similar research related to non-human primates, scientists have found that apes and chimpanzees will cooperate and share resources under certain conditions, but they don’t actively hand over delicious food that they need for themselves. That’s a uniquely human form of altruistic sharing that starts not long after language itself.

Though the studies were not looking at what accounts for differences in the individual toddlers’ behavior, two fascinating variables cropped up, Barragan says. The researchers found that toddlers with siblings and those from Asian or Latinx households were especially likely to help the experimenter.

“There have been some previous studies showing that if you have a sibling, you’re more oriented toward sharing,” he says. “We found that babies with siblings were roughly 9 times more likely to help. Developmental psychologists have discussed this being the case because children with siblings just have more social experience than single children.

“Hispanic and Asian children were significantly more inclined to help, and this was really striking,” he says. “Children of these backgrounds were around 23 percent more likely to help than children not from those ethnic/cultural backgrounds. We believe this is partly because, in those culture, parents may put more emphasis on ‘interdependence,’ which means more inclination to teach children to relate to others in a responsive way.”

In both Asian and Latinx cultures, families emphasize cooperation and collaboration, he says. The Hispanic value of ser acomedido—to be accommodating, to attend to others—enshrines this cultural emphasis on being considerate.

“We believe that what is happening in the case of infants with siblings and those of Asian and Latino households is that already by 19 months, they have had enough observational and even personal experience that includes the norms of this behavior,” Barragan says. “They bring it to the lab with them.

“We’re not saying that children from any particular culture are more generous for any biological reason,” he says. “We’re emphasizing that cultures have different child-rearing practices and different ways to behave with each other and the children are seeing that. They brought that learned experience into the lab and that informed how they behaved with a stranger.”

Barragan says researchers aren’t sure what effect the pandemic will have on infants’ altruistic behavior when they haven’t been able to interact with other children and haven’t had the exposure to sharing behavior that children experience in childcare or preschool settings. The pandemic has also led to children having significantly less exposure to faces, which for millions of years have provided humans with key social cues. Whether all these circumstances will have a lasting effect and what, if any, the effects might be are unknowns at this point.

“The data is not out yet,” he says, “and it will be a while before we know. But I think what we will see in a few years—maybe decades—will be a ‘cohort effect’ in people who were young children during this time. The social structure has changed, family structures have changed, and families now are just going through so much. I’m sure we’ll see some changes, but I hesitate to speculate too much.”

Whatever the impacts might be, Barragan says he’s confident that interventions can be designed to strengthen children’s pro-social, generous tendencies. After all, humans have been at the business of sharing for a very long time.