Brigid Schulte: Why We Should Treat Early Care and Education as We Do K-12 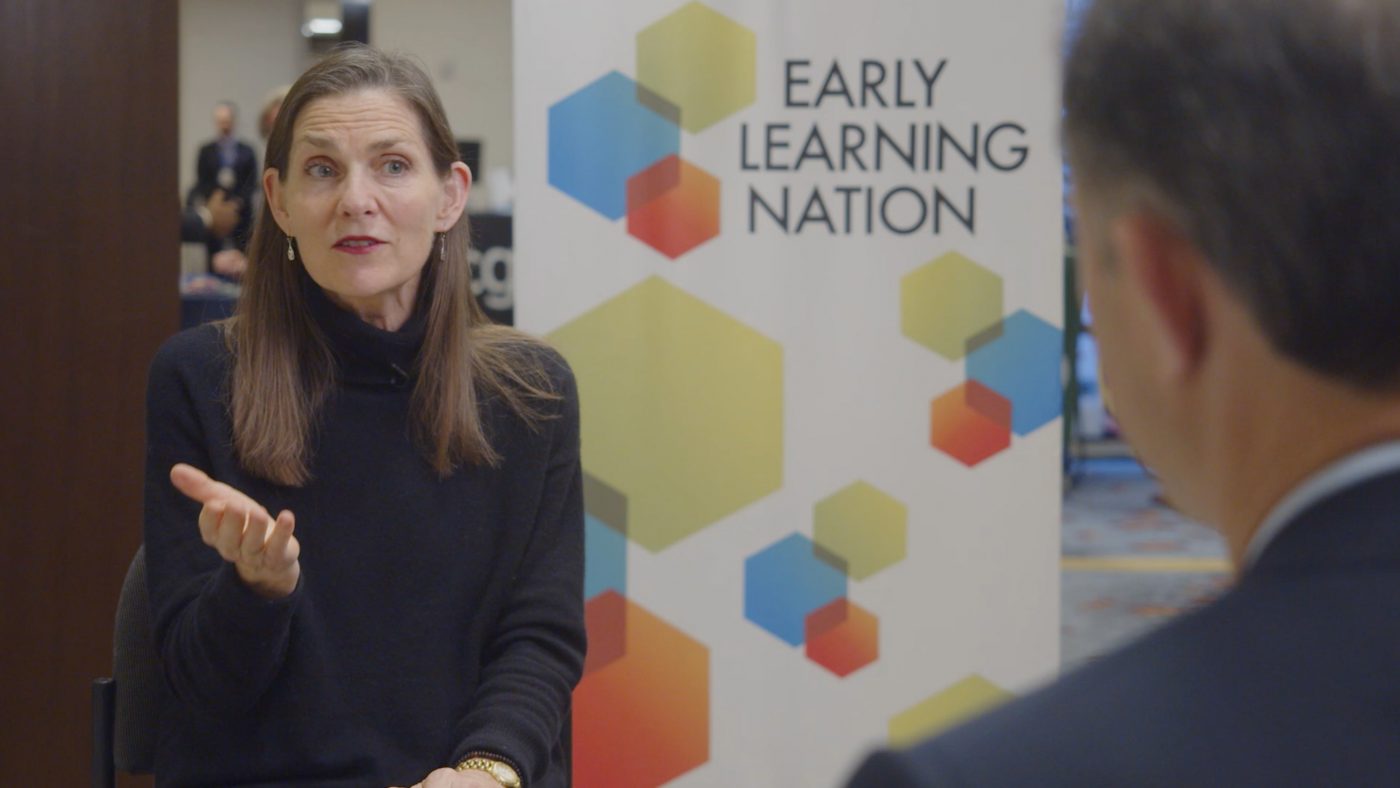 As part of New America’s Better Life Lab, Brigid Schulte helped drive a landmark report that exposed what’s really happening in America’s child care system – namely, it’s not a system. Instead, “it’s a patchwork, it’s broken, and it’s not working well for anyone.” Schulte calls for us to “begin thinking about early care and education the same way we do about K-12.”

Chris Riback:                 Let’s start this conversation by going back about five years, the care report and the care index…

Brigid Schulte:               So you’ve got to think, a couple of years ago, there really wasn’t a whole lot of conversation in the national media, in the national consciousness about an early care and education or childcare system, everything was very atomized. People felt like, “I’m out here, I’m on my own,” they had their own internal struggles with childcare for parents trying to afford it and there really wasn’t much of an understanding why it was so expensive. I mean, I’m a reporter and so I would hear things like, “I’m sure that the owner of my childcare center, they must own a private jet because they charge so much.” And I was just like that can’t possibly be right. So there was a lot of misunderstanding, a lot of confusion out there, there wasn’t a sense that there was a system. And so that’s what we really sought to do.

There had been a number of reports that talked about the cost of childcare and comparing it in different states, but what we wanted to do was really bring forward the idea that the childcare in this country should be a system and we wanted to try to paint as clear a picture of what that system looked like as we could.

And so we looked at sort of the three pillars that you would need for a high-quality, universal, early care and education system. We looked at cost, quality, and availability, and then we worked with Care.com, they were our partners on this, so we were able to use their proprietary cost data. And in that way, we were also able to capture not just childcare centers, but also family homes and also nannies and in-home care because we do have a variety of different kinds of care as you know…

And then we came up with metrics. It’s certainly not perfect because one of the big findings is we don’t have a lot of really great data. So with that caveat, based on what we knew, we came up with metrics to measure those cost, quality, and availability in all 50 states, and then we wanted to rank them. But honestly, with such little data, we ended up coming up with another framework, which is we grouped them into quartiles so you could say, “These are the best states, these are sort of the second-best, these are not doing so great.” And what we found, I think the big takeaway, is we were really able to paint this large picture and show that nobody’s doing it well, not one single state did cost, quality, and availability well.

And so what I think our real value add was that we were able to show that the system A.) it’s not a system, it’s a patchwork, it’s broken, it’s not working well for anyone, and that really, when we think about it, we need to begin thinking about early care and education the same way we do about K through 12 education, that this is a public good that the private market isn’t and can’t solve on its own. And the reason why it’s so expensive, it’s not because childcare providers have private jets, it’s because it takes a lot of people to do well so that the labor costs are high. And so when we say we don’t subsidize early care and learning in this country, we do, but we subsidize it on the backs of early care and learning educators and childcare workers…

Brigid Schulte:               Exactly. And so I think that was the other big, big thing that we were able to do is just really put it out there in a very comprehensive way using data and story, video storytelling, narrative storytelling…

Brigid Schulte:               It really had a resounding impact at the time, which is great. What have we learned over time though?

Brigid Schulte:               So how have we acted upon it? I would argue we really haven’t and I think that’s the next challenge. And I think through COVID, if you didn’t know it was a broken system before, you do now, and there’s a growing chorus of voices from business leaders, policymakers, certainly within the early care and education system that are all saying it can’t, this is unsustainable. And everybody’s hurting from it, from children and families, but also businesses.

Chris Riback:                 So I don’t mean this as naively as it sounds, what’s the problem? I mean, you are describing something that we all recognize, I think we all care about, I think everyone wants children to do better. I mean, I really do believe that. It’s super naive, but where are the barriers? What are the obstacles?

Brigid Schulte:               Yes. They think about it as like, “Oh, it’s just babysitting,” or we get into a lot of the gender roles like, “Well, moms should be home,” or people will at least say, “A parent should be home,” without recognizing that the majority of children in this country are being raised in families where all available parents work. So Mom at home didn’t really work in the 1950s, that was not the sort of the family [crosstalk].

Brigid Schulte:               Yes. Well, those are sitcoms, right? It’s fiction. So even in the 50s, for families of color, that was never the case. And there was really only two decades after the second world war that enabled sort of the family wage. But that was really only two decades out of our entire history. Women and mothers have always worked, whether it was back in the middle ages and they brewed beer or [inaudible] self to help their families.

Brigid Schulte:               But mothers have always worked and we’ve never expected them to do as much on their own as we do right now. But if I could finish that point about thinking about it at like K to 12… So we have decided as a society that education is a public good and that we can’t expect parents to foot the bill for an entire public education system. And so we invest as a country about $12,000 or more per student, K through 12, per year. We don’t expect families to pay $12,000 per student per year, 0 to 5, we do. And so that’s the difference. It takes more people, it’s really expensive, it’s more expensive in some cases than K to 12, and you’re asking parents to pay for that cost. Parents foot the bill…

Brigid Schulte:               … of more than 60% of the system, that’s what people don’t really understand, businesses pay between like 1 and 4%, depending upon which study you look at, and they are ones that benefit from it. Government pays about 40% through the subsidies for the very poor and that only covers 1 in 6 eligible children so it’s not working. And when you look at what needs to happen, we need an awful lot more public investment, thinking about it like it’s a public good like public education. When you compare the United States with our OECD peers or other peer competitive countries, we are at the bottom in terms of what we invest in early care and education and that’s what needs to change.

Brigid Schulte:               … Delta Airlines, one company got more in an early stage bailout money than the entire early care and education system did. Now there were other investments, and that’s a really good thing, it’s a start, but you know what then began to happen, you started to see it very early on, businesses would say, “Everybody back in the office…”

Brigid Schulte:               So that’s concerning. And then when we look at permanent solutions or long-term solutions, where is the debate about how we’re going to continue to invest and where and how in our care system? So yes, there were some really exciting proposals in the Biden Care Infrastructure, but that’s been stalled.

Brigid Schulte:               Will there be smaller parts broken up and passed on their own? I know that’s where the conversation is now, but it remains to be seen if that happens. So I’m cautiously optimistic, but we’re not there yet.

Brigid Schulte:               Well, so I’m working an awful lot. What we do at the Better Life Lab, we work on pushing public policy forward and pushing workplace practice forward and really pushing the cultural conversation, the narrative, to really understand that what we’re talking about is work-family justice, it’s really about equity, and we really need to include everyone in these conversations. So I would say we’re pushing forward on all of those levers.