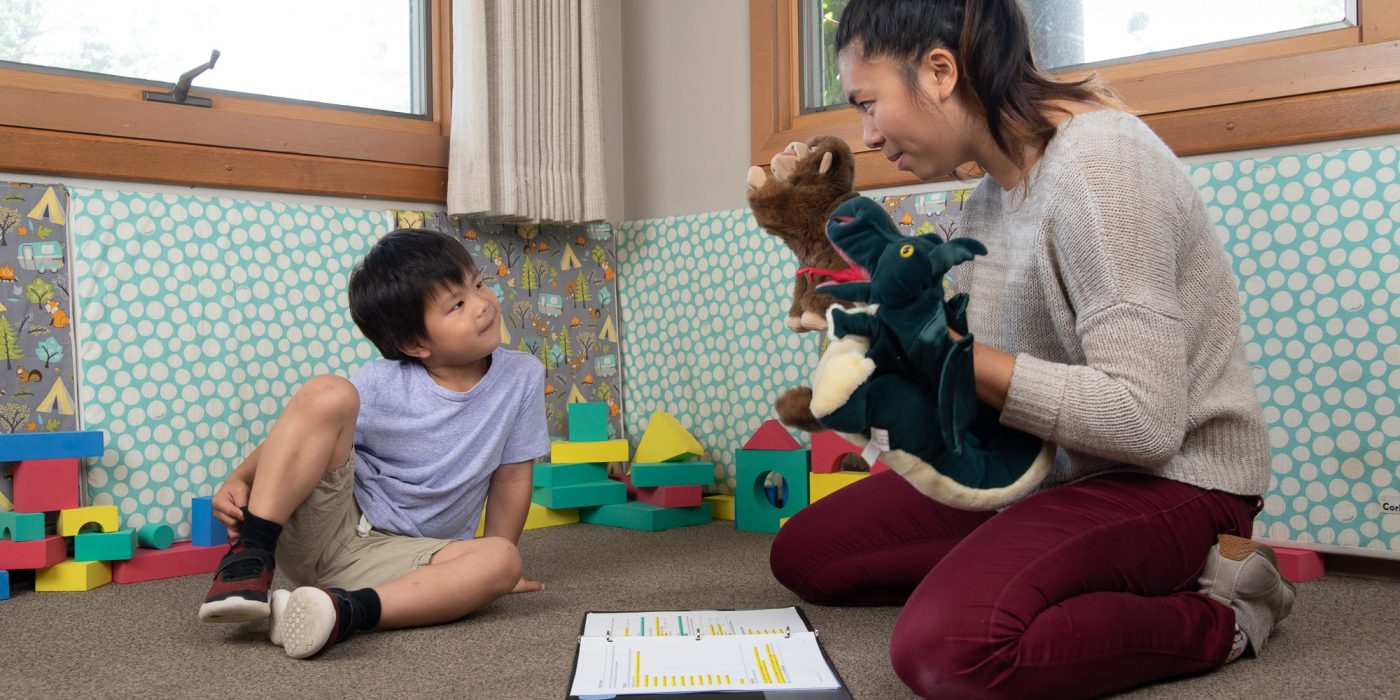 Photo: University of Washington Center for Child and Family Well-being

Babies and small children might not immediately come to mind when we think about people dealing with chronic stress. But they are—millions of them. Most recently, of course, COVID-19 has taken its toll, as families at all income levels have been hit with one stressor after another, from job loss to child care catastrophes to the loss of social time and even of loved ones and family members. It’s a lot for anyone to deal with.

Equally concerning and more deeply entrenched is the chronic stress associated with poverty—and that, too, affects millions of U.S. children. According to U.S. Census data in 2019, nearly one in six U.S. infants, toddlers and preschoolers lived in poverty, which in itself represents a form of chronic stress. Almost half that number are living in extreme poverty, which is an annual income of around $13,200 for a family of four. Children of color in the U.S. have been particularly vulnerable to child poverty, with Black and Hispanic children experiencing some of the highest poverty rates in the country.

The body’s automatic response in trying to adapt to this ongoing adversity means that even small children can experience changes in their brain chemistry that dramatically affect their attention and behavior.

Families in poverty deal with a cascade of stressful circumstances—unstable housing, financial insecurity, mental health issues, substance abuse and other forms of adversity—that add up and often don’t let up, hence “chronic.” The body’s automatic response in trying to adapt to this ongoing adversity means that even small children can experience changes in their brain chemistry that dramatically affect their attention and behavior.

Dr. Liliana J. Lengua, child clinical psychologist and University of Washington professor of psychology, says the stress experienced by children in poverty can disrupt the neurobiological systems that are the foundation of children’s social, emotional and cognitive development, including executive control and hormone stress responses. Executive control is the brain function that helps people plan, focus, learn and manage daily life. Adversity can also disrupt stress hormones like cortisol, which Lengua describes as a system that helps us “get up and go” and allows us to rise to the challenges we face.

A typical daily pattern of cortisol is one in which the level of cortisol rises on awakening, with the highest levels in the morning. The cortisol level declines through the day to its lowest levels in the evening. With those experiencing chronic stress, the body “downregulates” the hormone eventually after pouring out fight-or-flight cortisol for an extended period, which suppresses the energy, focus and oomph needed to tackle life.

A University of Washington longitudinal study evaluated 306 children over more than 12 years, beginning when the participants were around 3. The children came from various racial, ethnic and socioeconomic backgrounds, with 57 percent considered low income. Lengua’s team of researchers surveyed the children’s mothers about various risk factors that have been linked to poor health and children’s behavioral outcomes, such as family transitions, abuse or having an incarcerated parent. Then they tested the children’s executive function skills with preschool-friendly activities that measured their ability to follow directions, pay attention and follow instructions that ran opposite their impulses. For example, the children interacted with two puppets, a dragon and a monkey, but the researchers told them only to follow the instructions the monkey gave.

The children who did well on the tasks tended to have more typical stress hormone levels (measured via saliva samples), while children in families dealing with high adversity tended to have lower executive function and more disrupted hormone patterns. Preschoolers the researchers observed from lower-income households didn’t show cortisol elevations in the morning but had “blunted” levels throughout the day. These effects directly related to more behavior and social adjustment issues later when the children started kindergarten, the researchers found.

“What struck me in this study,” Lengua says, “was finding that our 3-year-olds were already showing income- and stress-related differences in their executive functioning and cortisol regulation. That finding was steady and it was persistent from 3 to 6. Those differences go on to predict later adjustment problems when the kids are 8 and 12. I just didn’t expect it to be so set when the kids were so young.

“The more financial insecurity, the more housing instability they have, the more stress the mothers experience, the greater the impact on their babies from a really early stage. We see that impact through the baby’s physiology and their emotional regulation,” Lengua says of her latest research with infants.

Past research has noted the effects of adversity and stress hormones on executive function, but Lengua says this newer study shows the “snowball effect” of low income and adversity on children, which increases their parents’ and family stress, which increases the children’s stress and their difficulties with self-control, which then affects how they interact with the world and how the world interacts with them. Being distractable, disruptive, impulsive, having trouble concentrating, having difficulty forming relationships with peers equal a recipe for continuing challenges in life.

The implications of this much stress on this many babies—and what that means for their lives, their families and our society—can be dismaying. But Lengua’s research also has identified factors that can mitigate these effects.

Other than systemic changes—making certain all children’s basic needs are met and that families have shelter, sufficient food and adequate health care—the intervention that makes the biggest difference is how parents, particularly mothers, interact with their babies, she says. Mothers’ sensitive interactions with infants and preschoolers can help the child build core competencies that strengthen their executive function.

But that effect comes with a chicken-or-egg paradox. For a mother to be able to interact with her baby in ways that mitigate adversity, her mental health must be sufficient to the task. Many low-income mothers, who often have a family history of adversity, suffer from the very effects Lengua’s team observed in infants born into poverty—an intergenerational effect by which chronic stress keeps shaping childhoods from decade to decade.

In another study, Lengua’s research team looked at specific parenting practices that fostered the behaviors that can mediate the effects of chronic stress, specifically practices that promote executive function and well-regulated cortisol responses. Their research indicates that children whose mothers demonstrated scaffolding—providing the child with the right mix of support and autonomy—and who encouraged their child’s ability to defer gratification saw the greatest growth in their capacity to cope.

The implications of this much stress on this many babies—and what that means for their lives, their families and our society—can be dismaying. But Lengua’s research also has identified factors that can mitigate these effects.

“What this suggests,” Lengua says, “is that supporting mothers’ mental health and their parenting during pregnancy, particularly moms who have experienced or are experiencing significant adversity, can make a big difference in infants’ self-regulation and emotional development. Particularly during pregnancy and in the postnatal period, supporting moms’ ability to manage stress and build their own strength and ability to regulate their emotions can have a powerful effect.”

Providing the right balance of support and autonomy — “stepping in and stepping back” — is one of the most challenging parenting behaviors of all, she says. Parents, regardless of their socioeconomic background, are challenged by the idea of how much support to provide and when to let the child work it out on their own. But, she says, doing so is essential for children to develop their capacity for self-regulation.

The encouraging aspect of these findings, Lengua says, is that scaffolding and other behaviors characteristic of sensitive parenting can be taught and improved on.

“We’re seeking funding now for a randomized control trial of two different interventions,” Lengua says. “One is a mindfulness-based parenting program for parents with preschool kids and the other is a mindfulness-based prenatal and postnatal program for moms. The idea is that if we can help moms with their stress management and mental health during pregnancy, we may be able to impact the cortisol mechanism that affects kids’ social-emotional competence later.”

Though the team’s research is ongoing, it points the way to science-based interventions that can help break the intergenerational legacy of chronic stress, and prepare babies and preschoolers with tools for success.

RESOURCES
Know someone else who should read this?