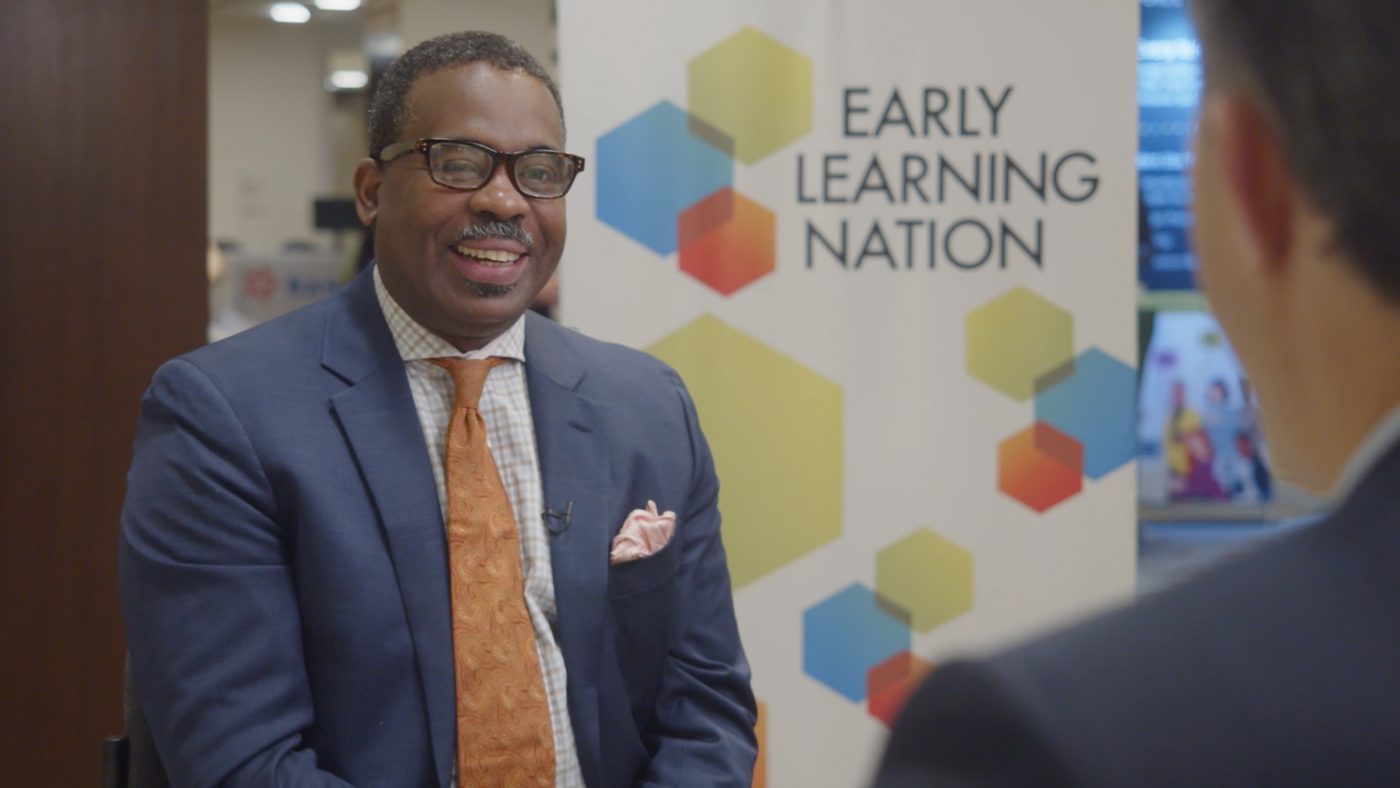 Senior Executive and Director of NLC’s Institute for Youth, Education and Families, Dr. Robert Blaine, says the institute works on many levels: specific programs, cities themselves and the wider population, all to increase outcomes and build more opportunity for children and families. Dr. Blaine’s role also carries an additional benefit: working with the inspiring youth leaders. It’s a blend that requires the skills of an orchestra conductor… and it turns out, Dr. Blaine has those, too.

Chris Riback:                 It’s terrific to see you, but I’ve got to say it was terrific throughout this conference to see these spectacular youth representatives for the YEF the Institute for Youth Education and Families. How do you get such terrific young people?

Dr. Robert Blaine:         Well, we have youth councils around the country. And so many of the cities actually have actually brought in youth as a part of their governance process. And so these youth actually meet the youth councils from individual cities come together here at our national conferences. And one of the things that’s really exciting to me is that we then have a set of those youth who actually have seats on our YEF Council. So we have four incredible young people. They’re from all over the country. They are incredibly right and articulate. And what we’re so excited about is having the authentic voice of youth at the table. And we’re actually building in a new process that will actually staff the youth that are sitting on the YEF Council. So they will have all the same resources that for example, a mayor sitting on the council would have. So really excited about the authentic engagement of youth and making sure that youth voices are built into all the processes that the institute runs.

Dr. Robert Blaine:         Well, it’s interesting. Much of my career was in the academic field. So before coming to the Institute for Youth Education and Families, I was a provost at a small college, and then I was a dean at a university. And so I used to say that young people keep me young, which is a wonderful thing.

Dr. Robert Blaine:         Well, we try. But what’s really exciting about it is that they have new ideas and new ways of thinking. And one of the things that I used to say is that this generation of students has access to resources and information that no other generation ever has. And so their brains have literally developed differently than any other generation. And I think it’s just a marvel to see. I’m intrigued by them all the time. And I think our futures will be well served with that.

Dr. Robert Blaine:         It’s been difficult. It’s been difficult for families and it’s been difficult for the children themselves. One of the challenges that we see, especially in vulnerable communities is that access to high quality childcare is really fundamental. And we understand the importance of these early years in a child’s life and what it means in order to be able to have the right support that you need for the development that you need. And so for many children, especially vulnerable children that simply hasn’t been there. And so we know that we’re going to have to do a lot of work to catch up. We know that one of the things that’s exciting is that we know that the brain is plastic. We know that we can catch up, but we have to be very intentional in that work. And so I’m excited about how we’re going to build that intentionality and make sure that we’re serving those children and those families the best.

Dr. Robert Blaine:         When we look at the institute writ large, we’ve been talking a lot about essentially three different levels that the institute works on. So we have the programmatic level where we’re thinking about individual programs that are actually focused on outcomes in communities, but deeper than that, we’re we look at the systemic level when we’re working with the city, how are we actually changing the system and thinking about what the impacts of these systemic level changes are. But we’re trying to dig even deeper now to look at how do we measure the population level impacts? And this is what we were talking about earlier, what it means to work with these children directly and how we’re increasing outcomes and building more opportunity for more children and families across the country. So I’m incredibly excited about where we are, how we’re positioned right now as an institute. It’s a tragedy that a worldwide pandemic had to push us to that point. But I think that we’re in the right space at the right time. And hopefully, we can do the right things,

Dr. Robert Blaine:         All three. So generally the way that we work at the programmatic level, we’re actually designing the program with the cities. So we’re thinking about… Exactly. We’re sitting down with them, it’s really our technical assistance. And it’s a design process of really thinking about what are the outcomes that we’re trying to produce with this partner, but then how are we actually giving them the support that they need in order to be able to institute the kinds of changes that they want. At the systems level, it’s really, we handed over to the city. They have the plan now. And so now, it’s about us supporting their execution.

What do we need in order to be able to change the strategy, to be able to change the teams, to be able to organize ourselves? What does that look like? And then at the population level, one of the things that we’re doing is a lot of data organizing so that we really want to understand what’s our current state, how are we measuring? What change looks like? How are we measuring that over time? And how are we building our programs so that we can follow the long tail of the data. So often you’re funded for a certain period, but we want to be able to measure the data much longer than that, because we want to see what the long term effects.

Dr. Robert Blaine:         Exactly. We’re really at all three phases. And what I’m excited about now is that we’ve actually built that into our structure. And I think that we’re going to really see the impact of that work in communities across the country.

Chris Riback:                 You’ve got this incredible vantage point. You get this both vertically, from top to bottom, but also horizontally coast to coast. What do you see out there?

Dr. Robert Blaine:         They don’t lie. And so for us, it’s a matter on focusing in on those inequities, using the data to drive us towards how we’re going to invest and invest in communities that need it the most.

Chris Riback:                 So I don’t mean this to be a trick question. And I know you love all of your children equally. Are there any programs that you see that are working, that if you could, you would lift them out of place A and put them into B, C, and D?

Dr. Robert Blaine:         I think that when we start to talk about early learning specifically, one of the things that really excites me is this cohort model where we’re bringing together cities around a specific intervention, and it doesn’t matter what the intervention is. But the ability of cities to listen and learn from each other to be able to bounce ideas off of each other, and to really think about, I have this problem here in my community, but communities A, B and C are all have the same issues. What do we have in common? What can we learn from them? How can we partner with them? And it’s almost like an ecosystem of partners. And so bringing together the right partners at the right times in order to be able to serve communities, to be able to listen and learn from each other, and then to be able to have that technical expertise to say, “Okay, this is what execution looks like.” It’s incredibly exciting.

Chris Riback:                 It sounds like it would be. It also sounds to be able to do that, to bring together different locations and ideas, and almost have them harmonize in such a way, it would seem that one would want the skills of a conductor. You don’t happen to know anyone who has that skill set?

Dr. Robert Blaine:         So it’s interesting. So for the first part of my career, I was a professional musician and I actually conducted orchestras in different parts of the world. And one thing about being a conductor is that you have a sonic picture of what you’re trying to portray to an audience in your head. And your job is to be able to make space for the artists to be able to achieve that sonic picture. And so it’s really about how do you both translate that picture that you have in your head, but support the musicians so that they have the space in order to be able to achieve it. And then if something’s not exactly right, to be able to organize meld blend in a way that achieves the outcome. So it’s very similar to running an organization. I think it’s maybe a slightly unusual training, but it serves me well. So I enjoy it.

Chris Riback:                 Well, these are slightly unusual times. It’s good to have a conductor provost, Dean and leader of cities and organizations. Dr. Blaine, thank you so much for joining us in the studio.