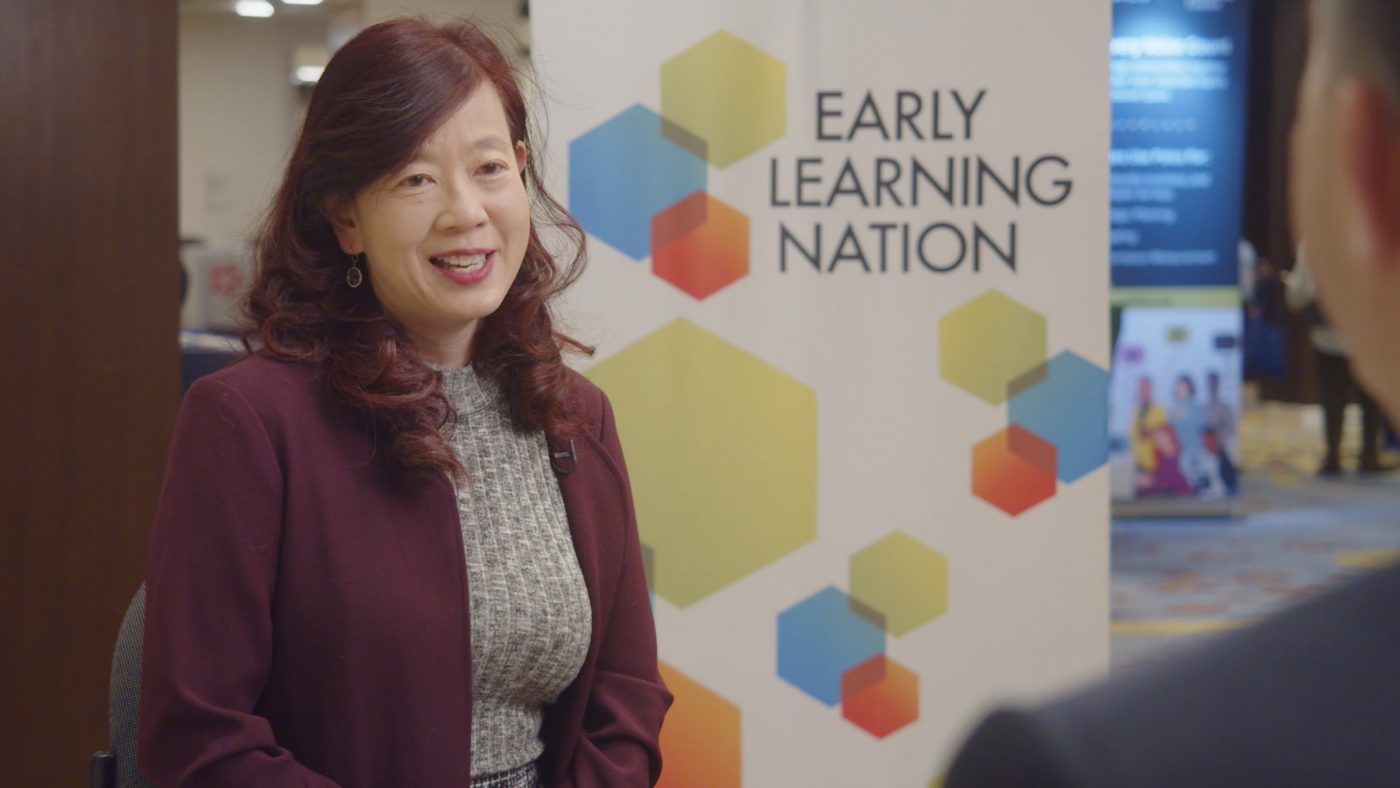 As Fremont (CA) Mayor Lily Mei notes, for four of the past five years, Fremont has been listed as the happiest city in the U.S. The city also boasts incredible diversity, drawing families across multiple backgrounds and a range of languages. One area where that diversity pays off is in education. With some 35,000 kids and 42 schools, Fremont has focused on building new early learning centers, high-ranking schools and equitable access, including with special-needs pre-K programs.

Mayor Lily Mei:             It is home to an incredibly diverse population, which makes it an incredibly rich community to live in. And when it comes to education, we want to make sure that we provide educational opportunities and equity and access to so many of our community members. So some of the things that I’m most proud of in the school district where I previously served two terms as a school board member, is that we have access to supportive services, which are important, especially at the younger ages. And one of those programs is Glankler, which is an early learning center, which helps address some of the needs for preschool and early education, as well as the fact that Fremont Unified is one of the largest school districts in the state of California. It is approximately 35,000 kids.

Mayor Lily Mei:             42 schools. And I’m very proud of my time during the tenure, that every single elementary school, junior high school, now they’re middle schools, and high schools, rank some of the best in California. And three out of the five high schools rank best in the United States in the US News World and Tuck report.

Mayor Lily Mei:             Well, I think equity is a challenge sometimes because people view it as being, especially in different parts. And I grew up, personally, I was born in Chicago, grew up in Philadelphia. And sometimes when you talk about schools and education, it ties to your zip code and what you can afford. And so therefore, when I got on the school board, I wanted to make sure that every child had equal opportunity to excellent programs. And one of the schools that I’m most proud of during my tenure was Durham Elementary. And at that time, it was one of our lower Title I performing schools. And by providing supportive services and not just taking one principal that one size fits all fits one school and you could translate them, finding the right mix of supportive educational opportunities. And in this case, it was a principal who understood that it’s not just taking one of the highest performing schools and saying that anybody could be the principal there because the kids test so high, but finding someone who understood that this school has 30% migrant families and speaks Spanish and other languages.

We are also home to one of the largest cities that are Asian in the United States. It is the sixth largest Asian population city, with the largest East Asian Indian, and also one of the largest Afghan populations. And I was part of the team that sought the principal for that elementary school, Durham, to find someone who understood English language learning, to understand that many parents, with a city where over 50% of the families have one or two members that come from immigrant backgrounds, that they may not have had the same educational opportunities. That every parent loves their child, but they may not have had known how to help support them. So we partner with Cal State East Bay in supporting parenting classes, so parenting and quality education, having Urdu and Farsi support parent groups, being participating in Latino and black family math and reading nights. So in three and a half years, it went from one of the lowest performing schools to being one of the best California Distinguished School, and actually National Blue Ribbon School in three and a half years.

Mayor Lily Mei:             It does. And so you talked about that just now. And we have also in our school district some of the programs that I think are really important. In my previous life, I was a worldwide sales controller for a tech company, and many of my employees spoke multiple languages. And when we look at the world changing today and how we deal with commerce, I think that that experience is really important. So we are also home to a Mandarin immersion program and three Spanish immersion programs, as well as a science magnet program. And not just in beginning in elementary school and having that flexibility, but building the capacity to junior high school and also into high school for language and culture, really does make a difference in how we do business. We are also recognized for the past five years, four out of the five years we are listed as the happiest city in the United States.

Mayor Lily Mei:             It’s not Disney, it’s actually Fremont. And we’re home to a lot of the topics that we talked about this week in terms of manufacturing. We have makerspace in the library, so it’s not just limited to one of the schools it’s accessible to the public as a whole, whether you’re in private school or public school, but to the community. And last year we also added makerspace and robotic space into one of our community centers for junior high and high school.

Chris Riback:                 What’s the role of partnerships? And particularly around early learning, what role has business played in your community and how do you think about coordinating across private and public sector?

Mayor Lily Mei:             So that’s actually what I got involved in myself personally. My daughter was going through school, and we had overcrowding and issues. And one of the challenges was about reboundary-ing and redistricting. And so I got involved because I felt it was important not just to be complaining about an issue, but to be part of the solution. And we’ve got great partners in the city of Fremont. We have some small manufacturers, over 900 plus manufacturers. Some small ones you may have heard of, such as Tesla. So not only are the cars supercharged, so are the people. And apparently, according to Philz Coffee, we drink some of the most coffee of all the Western United States. And I probably am a testament to that.

And then Facebook is a good example. When we created the makerspace in our library with Archimedes, they actually helped us donate some of the PCs and equipment to allow us to set up that space. And I myself am a bit of a nerd, so I formally worked in tech and am involved with a lot of the hackathons, and also Introduce a Girl to Engineering Day. And I’ve helped host those for Tesla and others over the past couple years. I used to help the Hackathon, which was with 42 Silicon Valley, and creating innovative solutions for programming and coding, and allowing it to address some of the most critical climate issues and action issues in our city and around the region. I hosted it and kicked it off for the first two years. And then for the third year, IBM dumped me for Bill Clinton.

Chris Riback:                 I will say, if you are a nerd, it’s not evident in this conversation. To close, special needs pre-K, that’s something that I believe you have focused on as well. Why have you put focus there, and what are the needs in that area?

Mayor Lily Mei:             Well, I think the needs are a couple different areas. One, as the mayor, and also in a position where a lot of the families, sometimes there’s a stigma still in terms of seeking assistance. But truly if you’re able to address programs and provide them earlier on, we have better outcomes. We’re also home to Friends of Children With Special Needs, which is a nonprofit that I’m very proud of, that we just celebrated its 25th year, where it provides classes, not just for the children, the families, but enrichment across things like summer camps, it also has a facility for independent living for adults, and also even for employment. And one of the centers that they have now in San Jose, they have the ability to make little machines from Legos. They also create things like soap and coffee shop. So it creates a pathway. And the other program I’m most proud of, from when we talk about Glankler Preschool, they have a band. Because some of the children, while they’re autistic, are very talented in music. So they have a Friends of Children With Special Needs, they have an Always Dream band. And they are children that were formally of the Glankler preschool, who, as they got older, even though they were sensitive to music and somewhere on the spectrum, they are amazingly talented musicians.

And so with that and special needs talent shows and programs, helps us to provide the wrap around. And truly, when we talk about education, you need to make sure that every child is being addressed. And every child learns differently, and to build that capacity into the schools, and that’s what we talked about here at National League of Cities. I happen to be the chair of the mayor’s task force on education for the past three years. And working with mayors, we learned some of the best practices on how we can facilitate, especially in these challenging times, things like mental health. We have a large refugee community, and to date, we opened up our hearts and our wallets and have raised over 440,000 to help the Afghan refugees and provide our nonprofits with services to help relocate people, to help get people connected to the services and licensing or other things that they might need to get them situated. And that’s what I’m really proud of. To be a true home, it’s not just a home to one group of people. It’s to provide the solutions and make it a place to live, work, play, and worship in peace together.